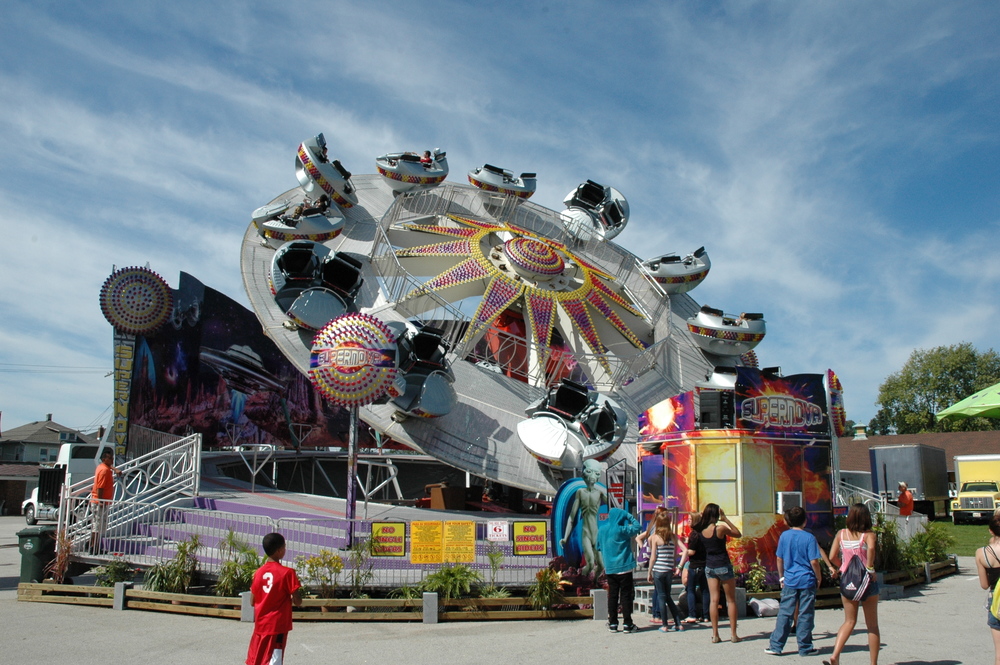 Attendance at the York Fair increased 17 percent this year, reaching 529,574. It’s the kind of jump in fairgoers any fair would envy, but not only did the fair have weather – not one day of rain – on its side this year, the major impetus behind the increase seems to be increased headline entertainment.

The general analysis of the headline concert market for the fair industry has been that costs are rising, competition from new casinos and other venues is too fierce, and the marquee names that expand attendance seem to have willingly priced themselves out of the market. But this Southeastern Pennsylvania Fair proved these preconceptions wrong by doing in 2019 what seems counterintuitive to mainstream fair thinking. The York Fair increased both the number of headliners and invested in getting bigger names.

“We had the perfect combination of weather, a solid concert lineup, great free shows and plenty of fair food which led to a very successful 2019 York Fair,” said Bryan Blair, CEO, York Fair. “  I think it is most notable that we paid for all six of our nationally recognized concerts on the Bobcat of York Grandstand Stage with ticket sales,” I’ve always believed that if you bring acts to the Fair that the public wants to see they will buy tickets and we proved that theory with a very solid concert lineup that covered multiple genres of music.”

Bigger names seemed to make a bigger all around fair. “We are still working on tabulating all of the final numbers but we have seen increases across the board in terms of gate admissions, concert ticket sales, ride armband/ticket sales and concessionaire receipts which indicates a very successful Fair on every level,” said Blair.

But fair industry observers might be most interested in the York Fair’s ability to prove fairs can be viable stages for headline entertainment.

This year, the 7,000-seat grandstand featured such touring acts as Brad Paisley: Darci Lynne & Friends Live!; Triple Play Tuesday – Tesla featuring Jackyl and special guest KIX; Outlaws & Renegades Tour ft. Travis Tritt & The Charlie Daniels Band; and Brantley Gilbert. In addition there was a Christian night with Bethel Music – last year was the first year the fair experimented with Christian rock and it was so successful they brought back the concept – and the grandstand lineup was rounded out with free shows – Fiera Latin and Let Freedom Ring – two affordably priced spectacle sports – Monster Truck Fall Bash and Demo Derby.

Brantley Gilbert had the best turnouts.”

The fair didn’t just add another ticketed show, for the first time since the fair began in 1765 – the first York Fair is believed to be held more than 11 years before the United States came into being – the opening day of the fair featured a ticketed concert. Not just any headliner, but country superstar Brad Paisley.  The fair opens on a Friday, and bigger was better, creating a new sense of excitement about this long-standing tradition that was sustained throughout the event.

This commitment to making York Fair a bigger stage required more money, more marketing and a little luck. According to Brianna Holmes, Communications Director York Fair, routing was more conducive to booking than it was in 2018, making the talent buying market for fairs a little bit easier this summer. The concert budget was also increased by more than 20 percent, and was supported by increasing the marketing budget  more than 25 percent.

The allocations per medium also shifted this year. The budget was allocated: Print—15 percent , Radio—32 percent, TV—20 percent, Social Media—20 percent. “Compared to last year we’ve added more to our social and digital campaigns and less from our radio & TV budget to adapt to changes occurring in the industry,” said Blair. “We increased our budget for digital & social media spending. This allowed us to place ads on several social media platforms such as Facebook, Instagram, Snapchat, and Google ads.”

Holmes pointed out that the fair also furthered its reach through specialized social media and digitized marketing. “We  exceeded 150 miles radius from the fair.  We reached Harrisburg, Lewisburg and Washington D.C. We targeted Philadelphia, When we used radio, it was for country music and  our Christian night, which was very successful, so we brought that back.”

Even though television spending was reduced, it was more targeted. For Darci Lynne the fair bought television spots on America’s Got Talent! in order to reach that audience.”

About 70 percent of the advertising was concert-specific, the other was more general market. The marketing also started earlier in January, announcing the concerts on a staggered basis, then emphasizing the Fun Fair Acts, strolling and grounds acts that included  . the Wild Wheels Thrill Show, Fire-fighter Training Show, Max Power & Nitro, Racing Pigs & Dogs, and Kachunga & the Alligator.

“The midway had a record first Saturday, for the 9 years we’ve had Deggeller Attractions” said Bair.

In keeping with the soaring trend, food & beverage had a remarkable 23.4 percent increase. The fair had 113 food vendors. The hot food item for 2019 was an interactive  concoction : “You are the Hamster Snow Cones,” where guests got on a hamster wheel  contraption that crushed the ice and added flavoring and Mac N’ Tots, which sold several flavors of mac n’ cheese combined with the spud favorite, tater tots.

But Pennsylvania standbys remained the preferred fair cuisine at the York Fair, When asked what were the best sellers, Blair responded: “Ham N Cheese Sandwiches by a local Dutch vendor and “Stoltzfus” is a local and fair favorite tradition.”

The 2019 York Fair was in many ways a dream event for fair organizers. “We were up across the board as far as gate admissions, concessions, midways, concert tickets so we noticed no ill effect of the economy during the Fair,” said Blair. “Per cap spending was up 4.1 percent, We have our work cut out for us to match what we did this year but we are already hard at work planning and we have some exciting announcements that we look forward to sharing in the near future about the 2020 York State Fair.” 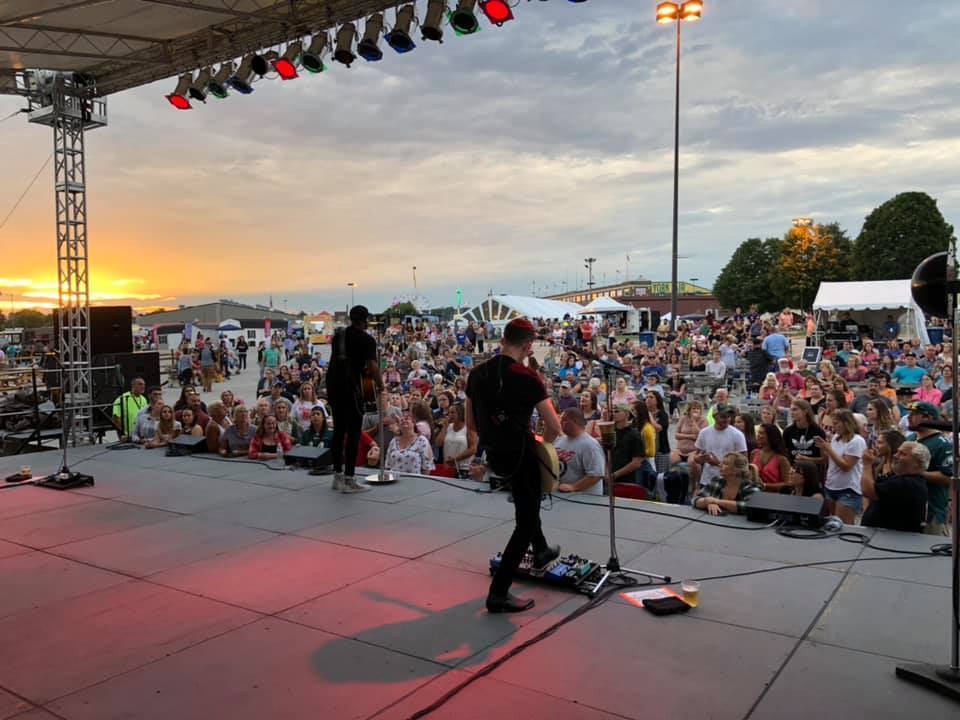 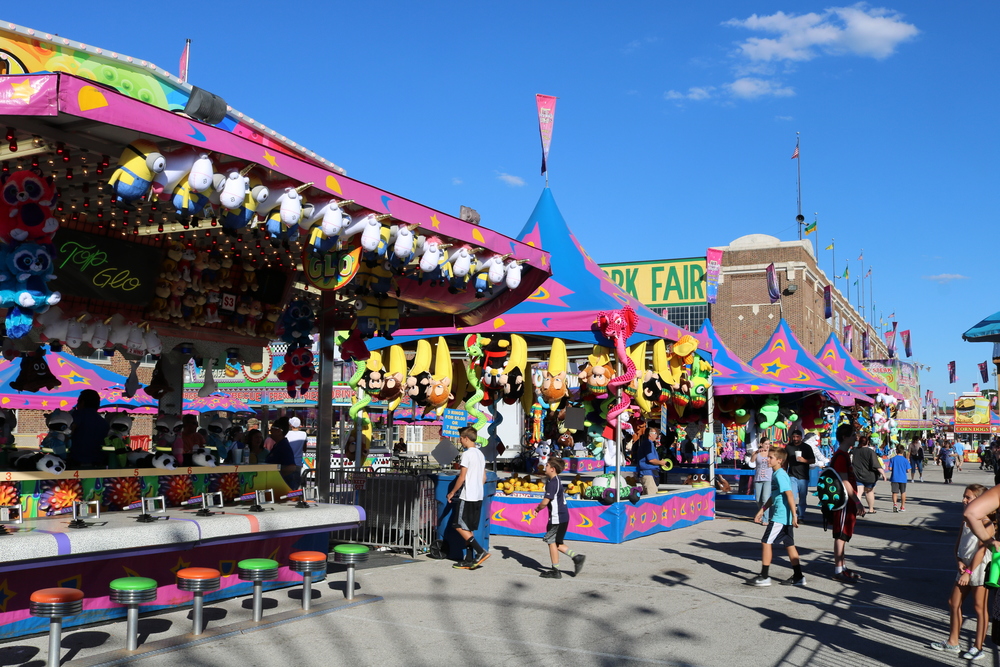 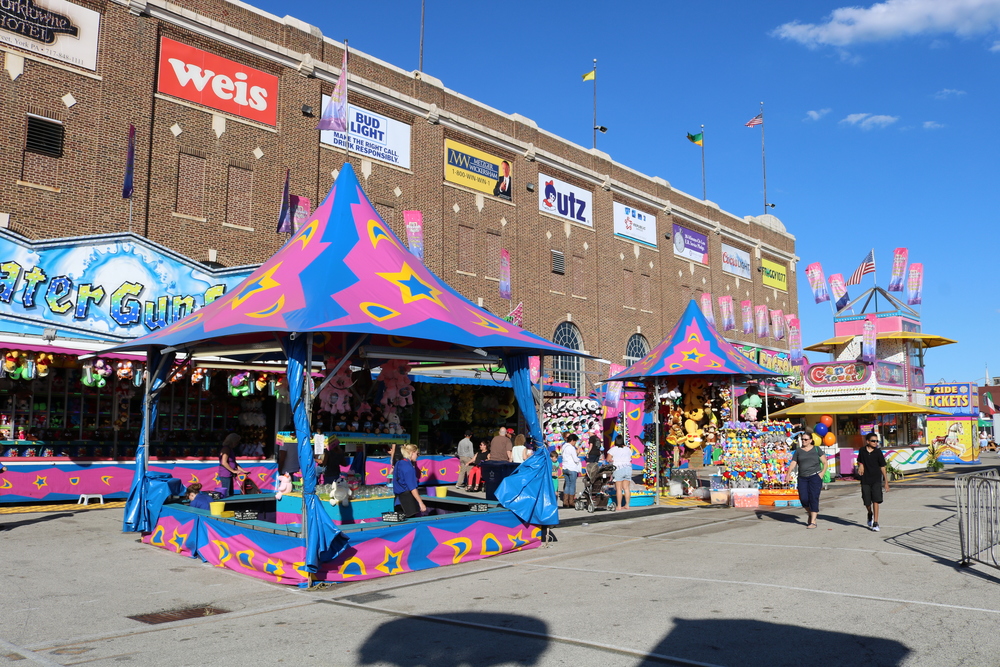 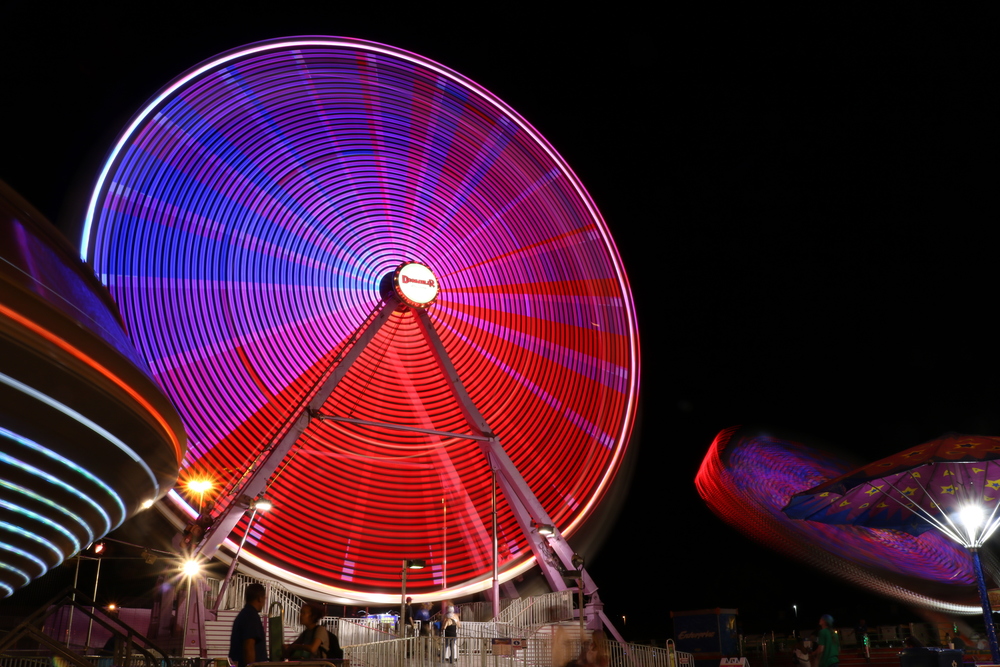 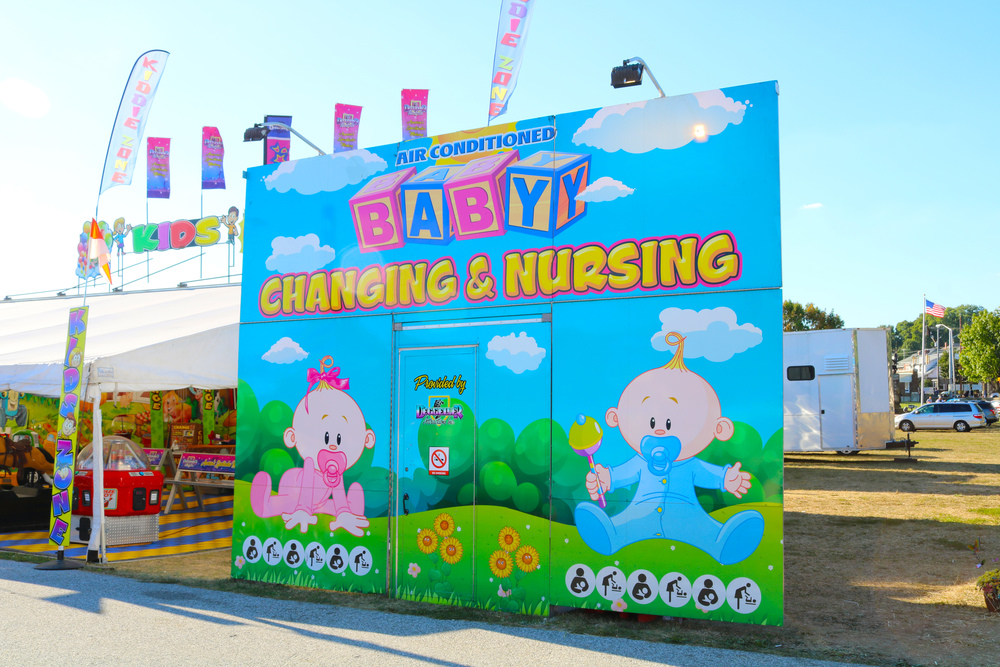 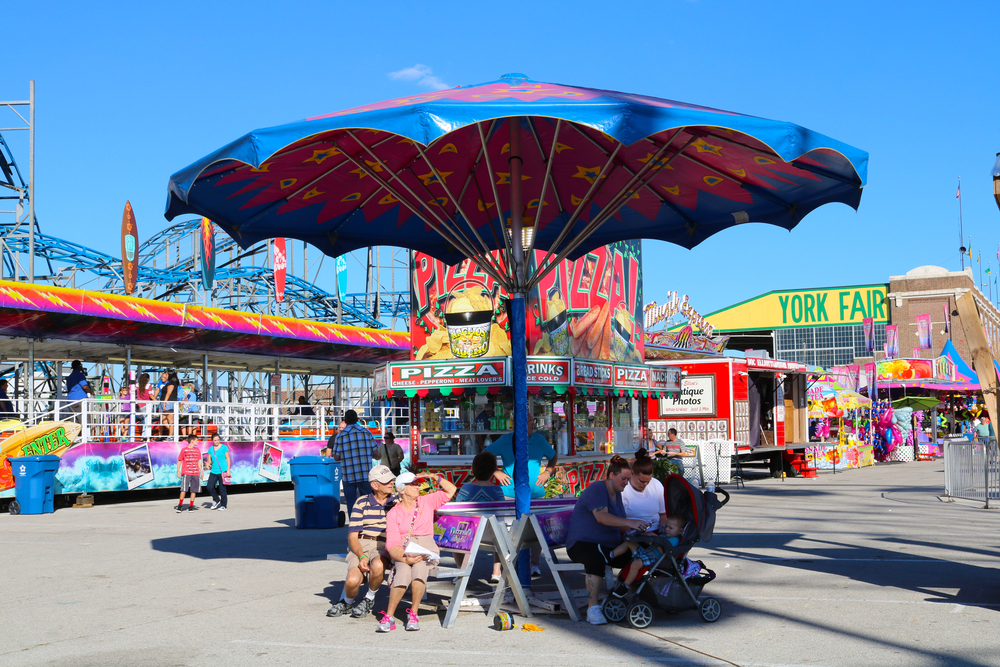 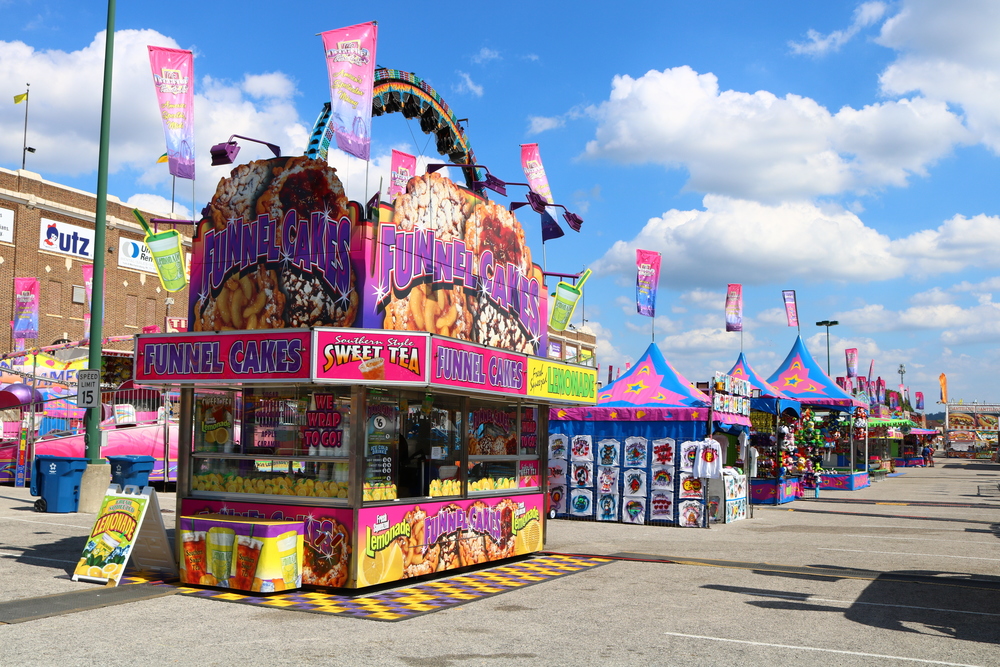