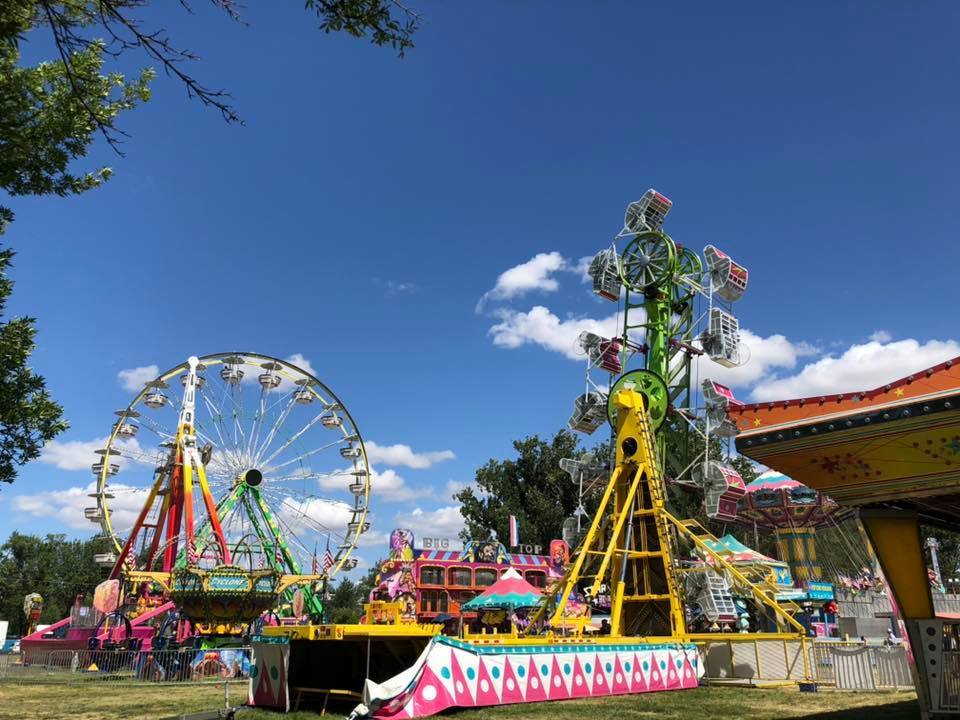 The ten day 2019 Western Idaho Fair kicked off with a number of key events this year, including the fair’s first “Pink Out” concert featuring country star Dustin Lynch in support of breast cancer awareness. Attendees to the August 22nd event were encouraged to wear pink. The concert was held at the DISH grandstand. Furthering the cause of awareness and the idea of life-saving mammograms, there was a 40-foot Mobile Mammography Unit located near the main entrance to the fair, staffed daily from noon to 7 p.m.

The event was one of four concerts offered at this year’s fair, along with Lynch, the Nitty Gritty Dirt Band, REO Speedwagon, and 3 Doors Down performed. All concerts began at 7:30 and were free with fair admission. The fair had the highest attended concert of all-time on Friday August 23rd with the performance from REO Speedwagon. 14,400 people attended the concert, with over 30,000 people attending the fair that day. The concert line-up saw 39,600 people attend the musical fun throughout 4 days of shows. REO’s record-setting evening beat out the former biggest concert attendance number from 2016, which was 13,103, held by country singer Josh Turner.

Rock band 3 Doors Down brought a Tuesday night crowd of 8,600 to hear the band’s hit “Kryptonite;” Nitty Gritty Dirt Band brought in 6,400; and the Pink Out event drew 10,200 to hear the artist’s chain of country singles.

Along with these major concerts, other featured entertainment included the hypnotists Tyzen and Kellie Karl, magician Adam the Great, and comedy from Alfred & Seymour as well as Roberto the Magnificent.

The fair’s carnival this year, from Butler Amusements, offered wristbands for $30, and two new rides: the Wacky Worm family-friendly roller coaster, and the Himalaya. The kiddie ride Balloon Samba was also new. Returning favorites included: Inversion, Turbo Force, Giant Wheel, the funhouse from Stranger Things, and the Exscream Machine Coaster. While the numbers are not yet in, the fair was described by a spokesperson as having the “biggest carnival year of all time” with record numbers.

Besides the carnival rides, the permanent fairgrounds attraction of the Skyride, a 1,300-foot tram ride which opened for the first time in 2018, continued to be popular this year, giving riders a view of the fairgrounds as well as transportation across it. Cost for the Skyride was $6 for unlimited rides for one day.

Exotic animals showed up in the form of camel rides and alligator shows; eating competitions abounded including watermelon eating, the devouring of corn on the cob, hot dogs, and cherry pie. There was even a mint lemonade chugging contest. Space was limited to the first 25 participants.

Robocars, a special exhibition, was billed as “like real-life Transformers,” creations that morphed from car to robot and back.

And if crickets weren’t fairgoers' thing, there was the new concessionaire Eve’s Espresso serving up coffee drinks, and of course the full fair menu of treats both salty and sweet, from deep fried pickles to chocolate covered bananas. A downloadable fair app allowed hungry fairgoers to find their favorite food stands in real time when on the fairgrounds. Fair Food Showdown banners were hung from booths winning the fairs “taste-making” contest, judged on the first day of the fair. The winners included Best Sugar Rush, Best on a Stick, Best Deep Fried, and Biggest Crowd Pleaser.

The Livestock Showring was re-named after Frank Farnum, a long-term Livestock Director for Western Idaho Fair.

The annual state fair has been held in Boise, Idaho since 1897, held on the same fairgrounds since 1967.

Fair attendance, still not fully tallied, hovered at around 250,000. The fair promoted its events through social media, including contests on Instagram and Facebook, as well as via radio and other conventional media sources.

KTVB’s Family Day Promo on Monday, August 19th allowed attendees to pay just $29 for one gate admission and an all-day carnival wristband; children ages 5 and under received free admission for the run of the fair, regular admission prices were $6 for youths aged 6-11, $9 for adult admission ages 12 to 61; and for seniors over age 62, admission was $7. A fair bargain book with many discount coupons was also available for $5; on August 16th, STEM day, admission was free from 12-2 p.m.