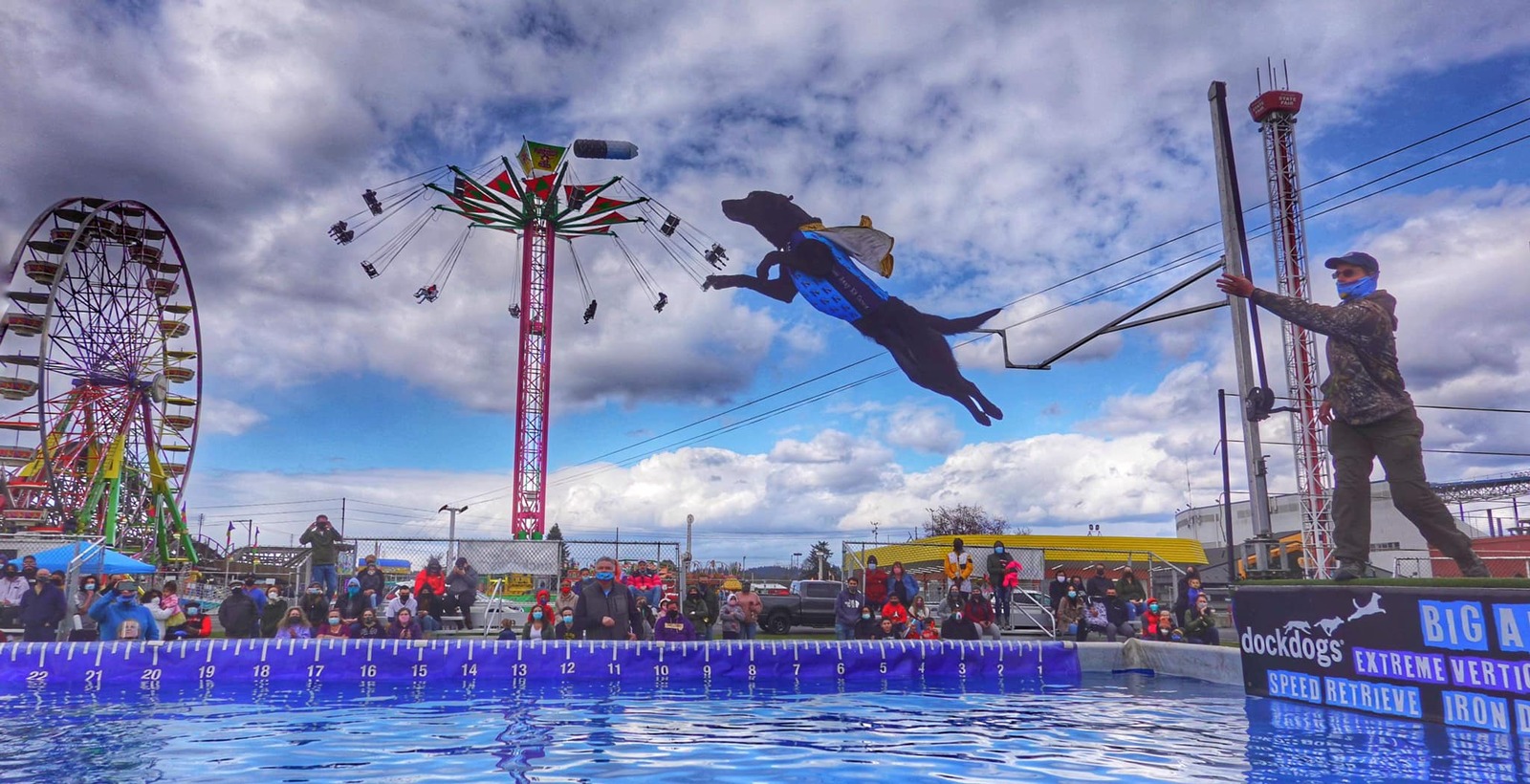 Washington and Idaho are both reopening, and so are their state and county fairs.

With usual annual attendance ranging up to 315,000, the Central Washington State Fair in Yakima is scheduled this year for September 24- October 3rd.

Entertainment includes racing pigs, concerts, and contests such as bubble gum blowing. There's a Wine Garden with tasting events and Beer Garden. The fair began in 1892, making this year's outing its 128th as last year's event did not run. Agricultural exhibitions are still a big part of fair as they were from the start, along with horse racing. However, the coyote hunts that were a part of the original event are no longer included in the fair schedule. Instead, there will be over 40 carnival rides provided by Butler Amusements, a long-time midway operator for the fair. A super pass, good for the duration of the fair is $27; it does not include separate fees for rides or reserved seating for the concert series which will be held this year at Yakima County Stadium. Regular daily admission is $11 for adults as a pre-sale until September 19th, $14.50 to $16 after that date or at the gate. Seniors are $8 for pre-sale; $11.50 thereafter. Carnival wristbands run $30-35 depending on day of the week, or $1 per ticket.

The Washington State Fair, located in Puyallup is the largest fair in the state. Running 21 days, general admission is $14 with separate purchases for national act concerts. Held September 2-26th this year, performers include Carrie Underwood, Old Dominion, Mackelmore, Styx & REO Speedwagon, and TobyMac among others.

Cancelled last year, the fair began in 1900. Rides are provided by Funtastic Shows. This year, a drive-through Spring Fair was held, April 7-11 and April 14-18. The event was a  hybrid drive-thru/walk-through with separate spaces for carnival games and rides as well as evening drive in movies. Drive and walk through fair experiences included a choice of attending one of three events: DockDogs pool jumping, racing pigs, or Bingo. Food choices included Route 66 pizza, the fair-popular Fisher Scones and strawberry shortcake, and hamburgers of all kinds. Close-to-the-car animal experiences included llamas, goats, cows, and peacocks. A reptile exhibit and on-grounds performers from circus clowns to Elvis impersonators visible from the car were also a part of the fair. Tickets were $30 per car. Rides, which were ticketed in advance, were divided between “Sillyville” and “Thrillville” attractions. ThrillVIlle included 7 rides or games for $29.50. SillyVille included  7 rides or games for $24.50. Masks and social distancing were required, and there were separate entrance and parking areas for both groups of attractions. Another option for purchase was a two for $20 or $12 each Fun Bucket with beach ball, coloring book and crayons, pinwheel and bubbles for ages 2 and up. For an additional $10, a monster ride experience was also offered. 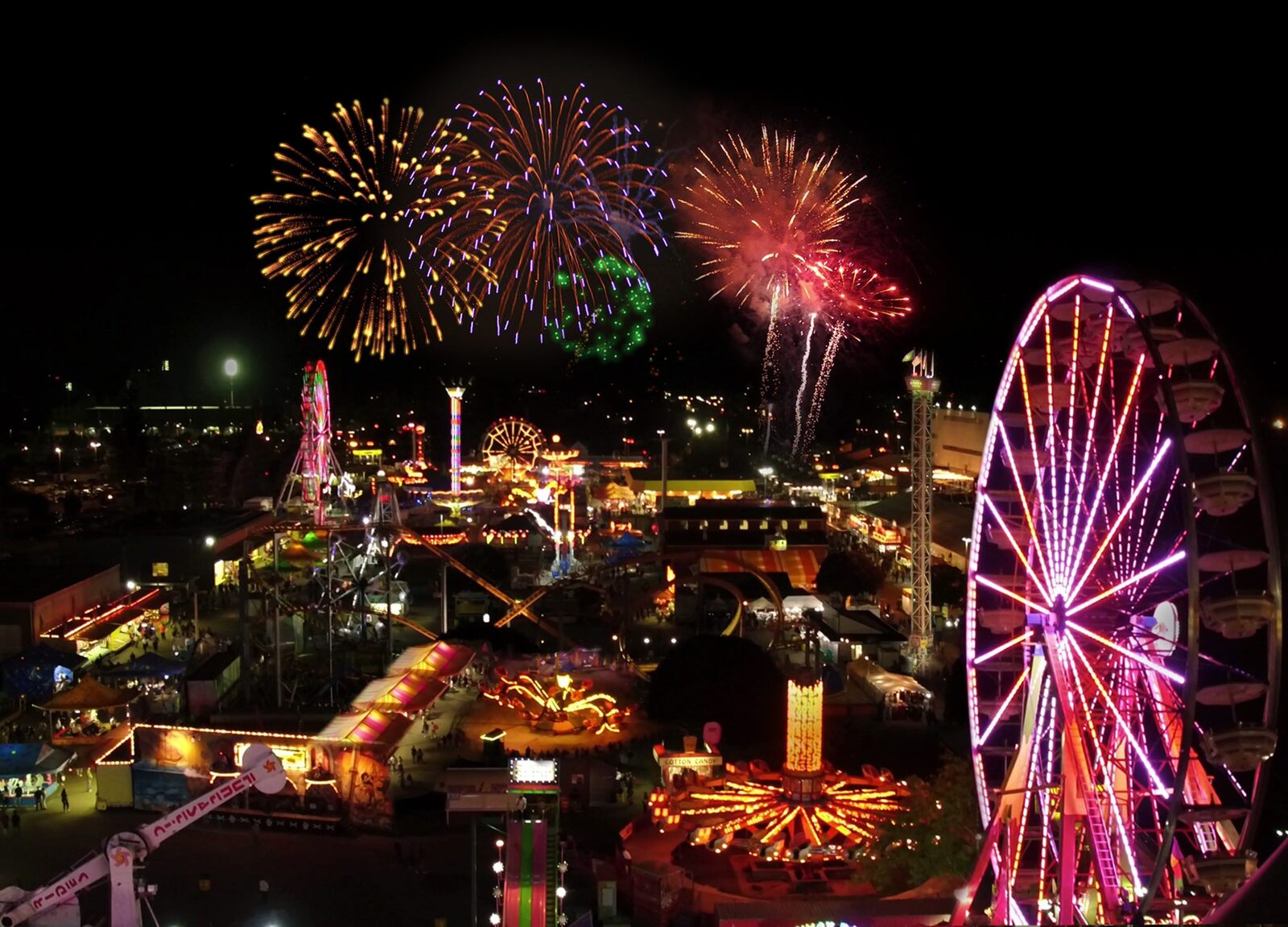 Other spring fairs did not run; the Clark County Fair scheduled for May was cancelled due to the pandemic this year as well as last.

Scheduled for August 4-11, the Skagit County Fair, while smaller than the Washington State or Central Washington Fairs, will include exhibits, food vendors, games, and a carnival from Paradise Amusements. A ride wristband is available for $30. Rides include a carousel,  Big Wheel, Rollercoaster, and Octopus among others. Fair admission is $7 to $10 for adults depending upon the day, and $8 for seniors and kids. Animal exhibits, live entertainment on the fairgrounds, and exhibits such as quilting and art will all be included at the event.

The Gray's Harbor County Fair is also on track for early August, from the 4th through 8th, with admission priced at $10 for adults and $7 for kids and seniors. It's held in Elma, Wa., at the Gray's Harbor Raceway. Also at the fair are separately ticketed concert performances by acts such as Shenandoah and Riley Green. Carnival rides will also be a major attraction of the event which focuses on the agriculture of the region.

In mid-August, the 17th through 21st, Centralia Washington hosts the Southwest Washington Fair, where attendance usually reaches close to 70,000. A demolition derby, animal petting zoo, and rodeo, and dance-filled Barn Bash are among the planned events. Admission is $8 for adults, $6 for seniors and youth; concerts are free of charge. Carnival admission wrist bands are $27. It will celebrate its 111th year.

Next door, in Idaho, fairs are also opening for 2021. August 20th through the 29th, the Idaho Expo in Garden City hosts the Western Idaho Fair, which dates to 1897. Butler Amusements will once again be running the midway rides and games. Carnival wristbands are $30; tickets are $1 each as is consistent with most Butler locations at this year's fairs. Gate admission is $9 for adults, $7 for seniors and 6 for kids over 5 years.

The North Idaho Fair runs at the Kootenai County Fairgrounds in Coeur d'Alene on the same dates, the 20th through 29th. The Findley Arena will hold events including a demolition derby, Monster Trucks, and a Party in the Dirt concert series with Nelly and Chris Jansen. A PRCA Rodeo will also be held. Paul Mauer Shows will be operating the midway. Wristbands are $25. The Freak Out will be joining fair favorites like the Giant Wheel and Zipper. Among the food vendors are  2019 prize winners, from categories including Best Food on a Stick — Classic Foods Catering - Steak on a Stick; Most Creative Item from Giovanni's Concessions - Deep Fried Philly; and Fairest of Them All: from White's Concessions - Tenderloin Sandwich.

Then there's the Eastern Idaho Fair, September 3rd through 11th in Blackfoot, Idaho. The nine-day event starts Labor Day weekend. Attendees are expected to number around 230,000.

The fair will take place September 2-26 in Puyallup