Waiting to Get The Show On The Road: Close Encounters Anxiously Awaits Start Of 2020 Season 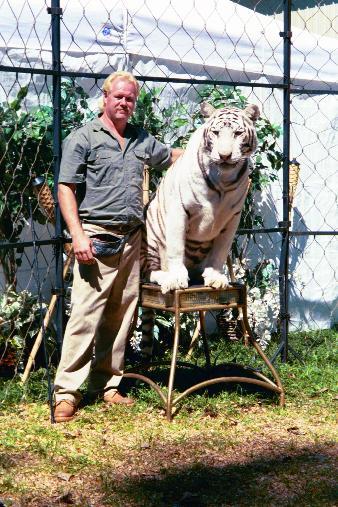 Read to Go....
Like most in the amusement industry, Vincent Von Duke is anxious to get his family operated show, Close Encounters of the Exotic Kind, back on the road.

For Pom Pom Donoho and her husband, Vincent Von Duke, owners of the popular Close Encounters of the Exotic Kind live lion and tiger show, the 2020 season has been unlike any other in their long career. Like carnival owners, vendors, and other entertainers, the COVID-19 pandemic has shut down almost all of their regular business as all of the fairs to which they normally travel in the Spring have canceled. Without much choice, Pom Pom and Vincent are focusing on projects around their property and hoping that the remaining fairs on their route in late Summer and early Fall will be open. “We haven't been out since November. We had 5 fairs in the Spring and Summer that were all canceled. As of now there are 3 fairs in the early Fall in Florida and South Carolina that are still on; We're keeping our fingers crossed but September isn't that far away and there's a lot of talk about increasing cases of coronavirus,” says Pom Pom.

Part of a family of seven generations of showmen, Pom Pom is no stranger to the trials and tribulations attached to the entertainment industry. She tells tales of her family members touring in Cuba just before Castro took over, hunkering down in Florida during the Cuban Missile Crisis, and even experiencing government animal inspections on the circus before the USDA inspections officially existed. There's no question her life on the road has been a full one; a child of a mother from the carnival industry and a father from the circus industry, you would think she's seen it all. “I was raised in this business and it is feast or famine but this pandemic is truly something I've never experienced,” says Pom Pom. 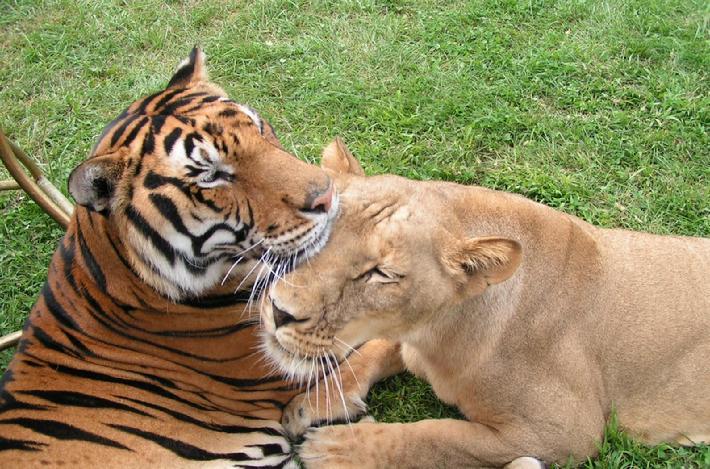 While the money has stopped coming in, around the clock animal care never ceases. Unlike human employees, where government assistance is available to help meet payroll needs, the cost of housing and feeding animals is not the subject of government assistance.  The couple have had to make due with what they have. Currently, Pom Pom and Vincent have a full petting zoo of animals plus the lions and tigers on their property. Zebras, monkeys, porcupines, goats and ponies (to name a few) all must be fed, groomed, and housed and the lions and tigers must be cooled which increases electricity costs. Pom Pom and Vincent have discussed selling their petting zoo animals in order to downsize and focus just on the lions and tigers but they can't quite seem to commit; “we're very dedicated to our animals and we just can't imagine them in someone else's hands,” she says. While the love for her animals is evident, the cost of care is a burden given the current circumstances. “I would estimate that all in, it costs about $35,000-$40,000 per year to feed the animals but it certainly depends on the price of meat. We get high quality meats from Restaurant Depot for our animals and feeding the lions and tigers alone costs $200-$300 per week,” says Pom Pom.

Costs of care of the animals aside, the fees to keep the show up and running and road-ready are also prohibitive. Both the license tags on their semi-truck and insurance for the Close Encounters of the Exotic Kind Show are up. It's about $3,600 to pay for new tags plus a $600  tax according to Pom Pom. “It's expensive to put things on the road but this is our life and we're used to it. We came home from last season thinking we have all this for for next year and then this pandemic hit us out of nowhere,” she says. So far, Vincent and Pom Pom have not received any financial government assistance other than the standard stimulus check issued to most Americans.

Although there is plenty of negative news on which to dwell, Pom Pom's optimistic spirit shines through when she speaks about her daily routine with her beloved animals and work on beautifying her property. “Every day starts with Vince feeding the lions and tigers, bathing them, cleaning cages and rotating them in the exercise pens while I feed and clean the cages of the smaller animals,” says Pom Pom. Recently, she and Vincent invested about $50,000 in building new cages, and a new barn with all new concrete on their property with the hopes of eventually opening it up to the public. “We want it all to look perfect before we eventually open it up but it's turning out to be really nice. Even our USDA inspector was so impressed that he's building something similar on his place,” says Pom Pom. While they're enjoying extra time to work on the property, Pom Pom is clear that she and Vincent would rather be on the road right now. “Thank God for our successful 2019 season which allowed us to put some money away,” she says. 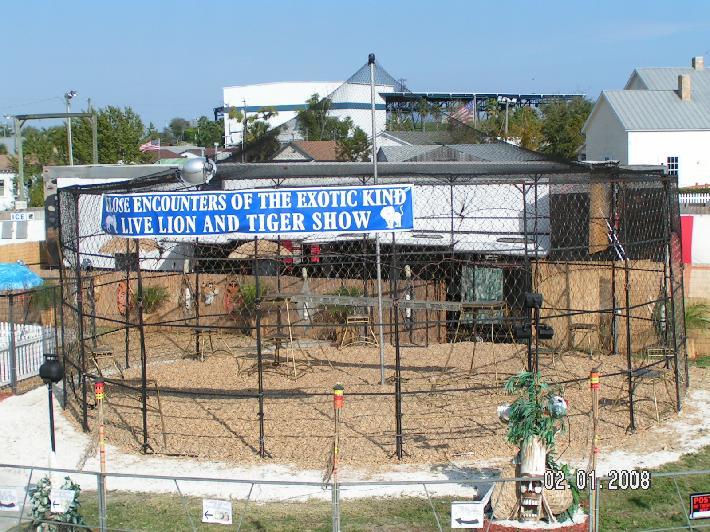 Holding out hope for their fall fairs, Pom Pom is certain that people are starved for entertainment outside of the home and that crowds will be strong. “I think our show will be extremely popular with the public especially after all the publicity with the Tiger King show,” she says. Pom Pom was convinced by her sister to watch the Netflix series and shared that she once was dealing with Doc Antle whose sanctuary in South Carolina is featured on the show. “He was going to sell me two white tigers. Once they get to a certain age it's illegal to use them for petting and other things so I was happy to take them,” says Pom Pom. Unfortunately, once she asked for federal paperwork concerning the health of the tigers, Antle was unable to provide it which forced Pom Pom to walk away from the deal. Although she was willing to take some tigers off his hands, Pom Pom is clear that her business is about the care of animals and educational programming to the public not about breeding or cub petting like Antle's. “It's a 24-7 lifestyle not a job and many people come into the business just for the money,” says Pom Pom.

Like everyone else in the industry, Vincent and Pom Pom share their sympathy for other showmen as they patiently await the fate of the remainder of the 2020 season. “I'm thankful for my health, my family, and my animals. We all need to stick together because that's the best way to get through this,” says Pom Pom.

Like most in the amusement industry, Vincent Von Duke is anxious to get his family operated show, Close Encounters of the Exotic Kind, back on the road.