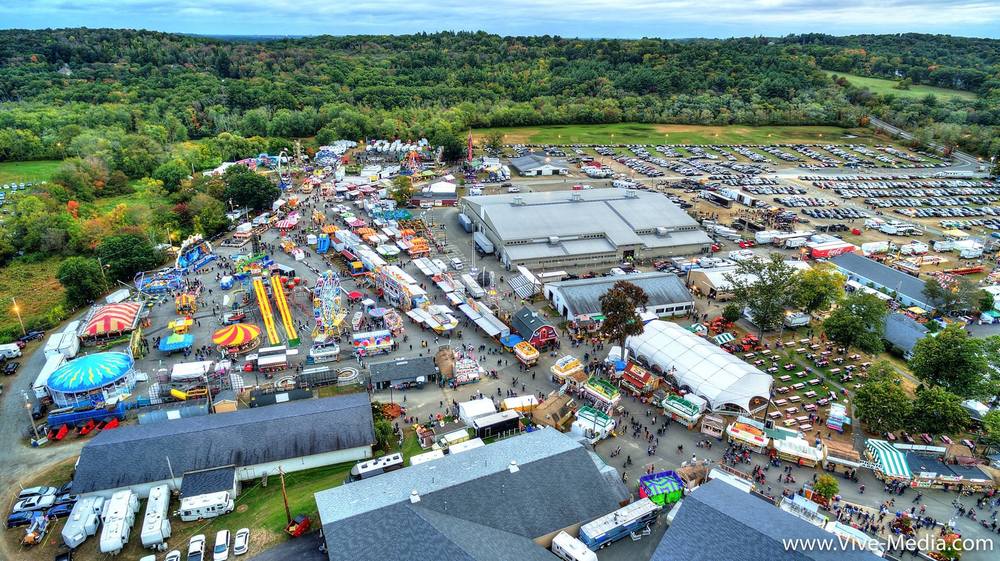 Sometimes fairs cannot escape a prevailing truth – as an outdoor event, weather is the dominant factor determining the degree of success. But sometimes the threat of bad weather can be as negative an impact as actual bad weather, especially when the threat is of a Nor'easter.

And, as they say in New England, a wicked Nor'easter! That was the story of the Topsfield Fair in Essex County, Massachusetts, which was celebrating its 201st anniversary (the fair claims to be America's Oldest Agricultural Fair). The weather forecasters got it wrong, the Nor'easter blew out to sea, but attendance and revenue still suffered.

Attendance reached approximately 412,000, a significant drop compared to 2018, according to David Thompson, Spokesman,  Topsfield Fair, who declined to offer a more specific comparison. “It is hard to make a comparison with the 2018 Fair,” he said. “The [2018 fair] had very good weather from both opening and closing weekends.  The weather this year, with the exception of Sunday, was not as nice.”

On the Thursday before the Sunday, a Nor'easter was forecasted.” Decisions were made related to staffing and the midway and we closed on the Thursday, based on the forecast.” He said.  “ Unfortunately, the forecasts were wrong and we didn't get any rain and very little wind.  We did get some rain and wind on Friday 10/11, although nothing as severe as had been predicted.  The weather cleared on Saturday morning and Sunday, October 13th was a perfect weather day.”

The loss of an entire day may not be a fatal blow, but it's one that's hard from which to fully recover. Not only did the midway remain closed, but shows by 38-Special and the always popular rodeo were canceled.

Weather threats were not the only anxiety inducing pre-fair worries. Massachusetts experienced an outbreak of Eastern Equine Encephalitis, a mosquito-borne serious and sometimes fatal disease. In the weeks before the fair, a man in the Topsfield area contracted the disease, raising alert levels for the fair.

Local news report quoted James O'Brien, General Manager, a week before the fair, “we're monitoring every Friday, We have not had any (mosquitoes) come back with triple E in Topsfield, thank goodness,” he said. “We're encouraging people to wear long sleeves, long pants.”

Fair crews repeatedly sprayed the fairgrounds, cut the grass as short as possible and removed standing water, which helps prevent mosquitoes from gathering. The fair also blasted warnings about the disease throughout their networks. A fair vendor was quoted by the local press: “It made me nervous, seeing all the electronic billboards all over the highway and all of that stuff. I'm afraid the adults won't bring the little kids at night.”

But the fair's opening day attracted a robust 38,000, alleviating many of the Triple E fears. Prior to the fair, the Fox 25 Zip Trip – a series by a local Fox affiliated that showcased different towns every week, visited Topsfield and featured an interview with O'Bbrien, and included a tour of the Topsfield fairgrounds. In addition, another annual event promoted by the fair, the Topsfield Fair Annual Road Race, a local fundraiser for the Essex Agricultural Society, donated more than $25,000 in scholarship money  to high school seniors. Other competitions included Amateur Winemaking & Wine Label design; a Grange Photography Contest for photographs depicting regional agriculture and a Poultry Exhibition.

A first for the fair was a “Sensory Sensitivity Day,” to make the event more accessible to attendees on the autism spectrum, for whom flashing lights and loud noises can be cause severe distress. The event was held on a Monday, and essentially loudspeakers were turned down, flashing lights were turned off and vendors were prohibited from playing any music at all. The fair wasn't silent, but it was quieter and the stimuli noticeably reduced.

Sensory Sensitivity Day was organized by Kate O'Brien, Topsfield Fair Education and Outreach Coordinator. She is also a Special Education Teacher and daughter of the Topsfield Fair General Manager.

The Monday was selected because it is traditionally one of the slowest days of the fair. In addition, it's the fair's Senior Citizen Day at the fair. The fair made adjustments to make it more “dementia-friendly” including staff training, and the development of a more simplified map.

It was just another way the fair has found  to make the event more inviting to all members of the community. A fair statement read: “We understand that not everyone with sensory struggles can visit during this day and time, therefore throughout the 11-day run of the fair, families can also visit the Kids' Safe Zone. This is a space for families to access if their child needs a quiet space to relax or re-group. Sensory materials are available for them.”

According to Thompson, the fair marketing followed the mostly successful centennial campaign. Agriculture and related community-oriented events being so essential to the fair were also part of its 2018 marketing campaign. The fair continued to stress America's Oldest Agricultural Fair in its marketing, and the advertising consisted of a mix of TV, Radio, Billboards and digital.  The TV & radio spots continued to targeted drive-time and weather announcements with shorter commercials. The fair also reinforced its presence on social media. We didn't use social media any differently this year,” he said. “We just continued to do what worked last year again this year.”

Fiesta Shows provided the Topsfield Fair midway, with about 50 rides. The most popular rides were the Giant Slide and Pirate Ship. Ride revenue was “down,” said Thompson.

The fair featured a mix of paid and free with admission shows. Ticketed shows include Two Monster Truck rallies and Creedence Clearwater Revisited. Other free shows included Johnny Rocket's Cycle Circus, Dock Dogs, Tommy James and the Shondells, and the Nitty Gritty Dirt Band. “38 Special was scheduled to perform but we had to cancel the show due to the forecasted Nor'easter,” said Thompson. “Our grandstand shows are free with paid fair admission.  The biggest draw likely would have been 38 Special, but as I mentioned, we had to cancel it.”

Even with the predicted but never arriving Nor'easter, the weather was less than ideal for the fair. Last year, the fair had ideal weather – no region is quite as splendid for early fall weather than New England – an ideal edition seemingly custom-made for its 200th birthday. But the 201st birthday was not as lucky. “Since the weather makes or breaks attendance at a fair we were disappointed that the weather wasn't nicer,” said Thompson. 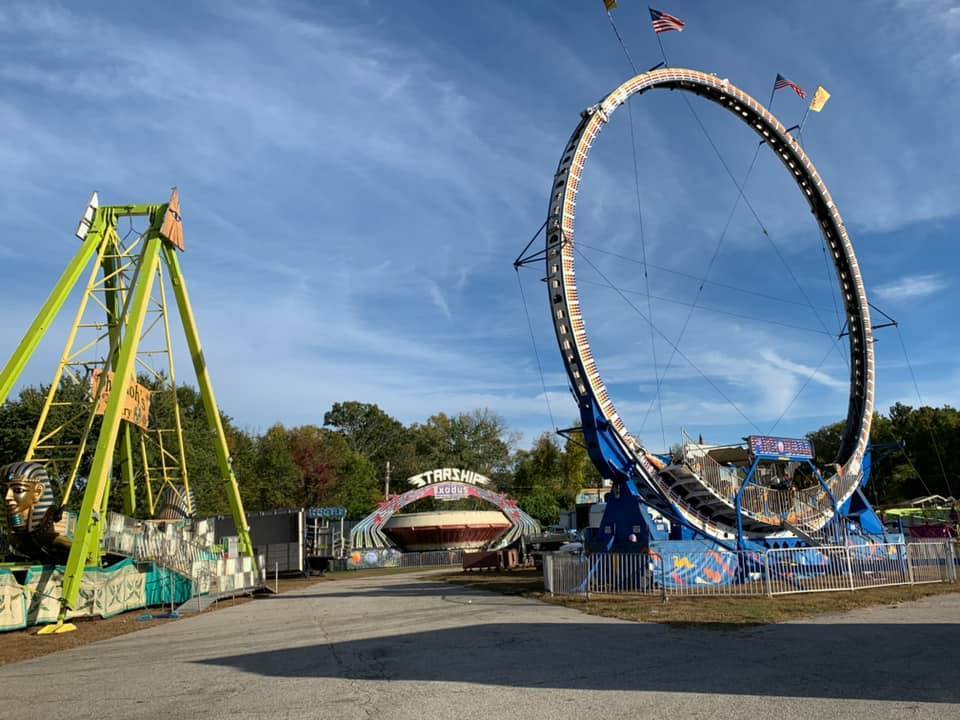 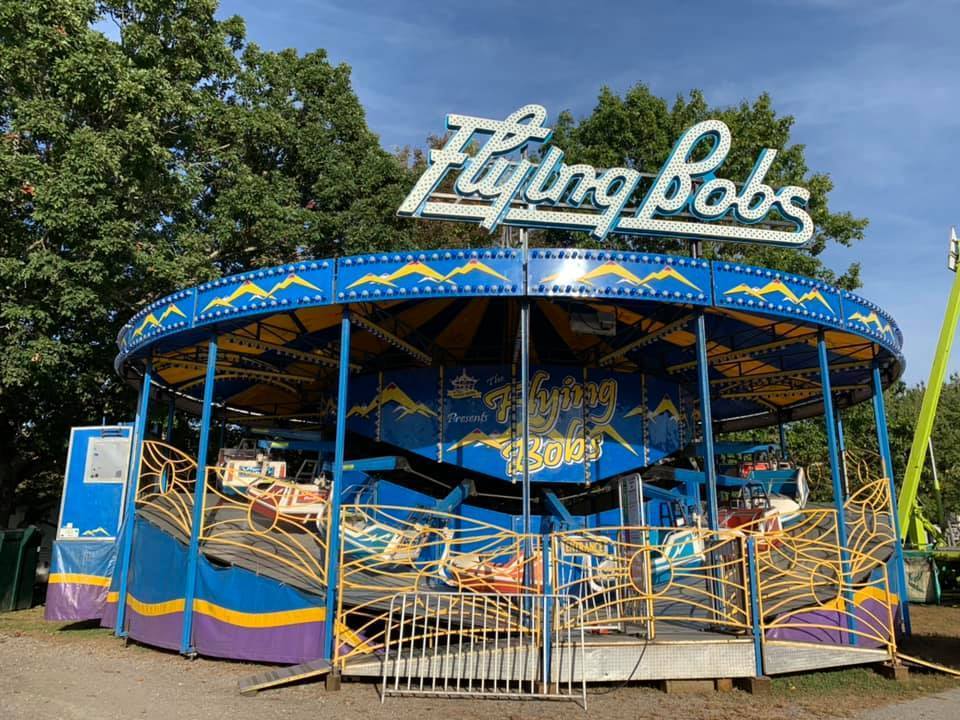 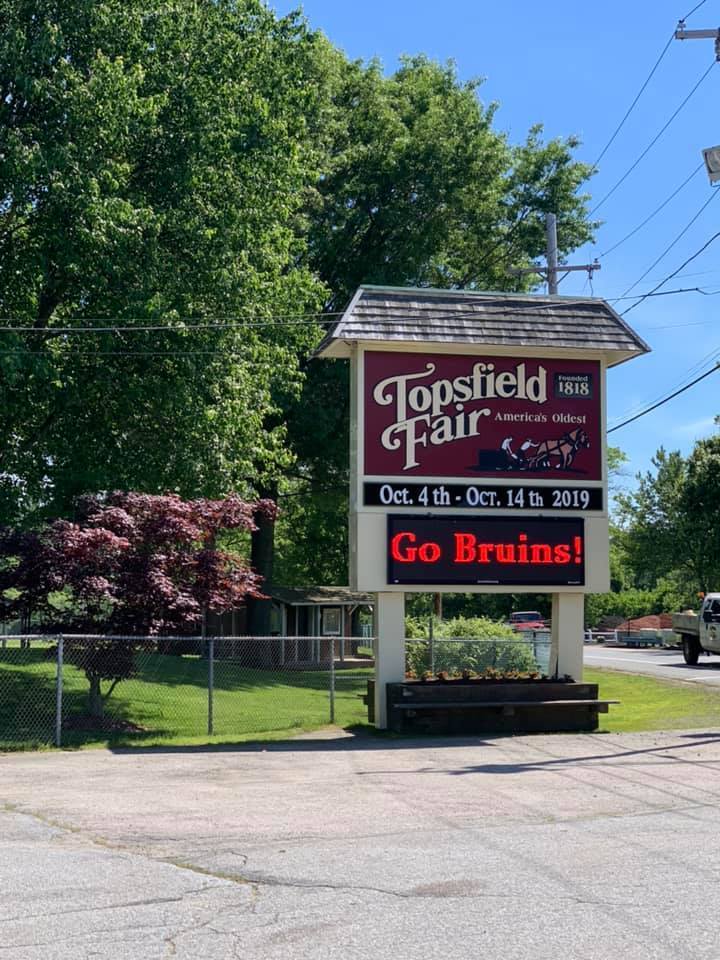 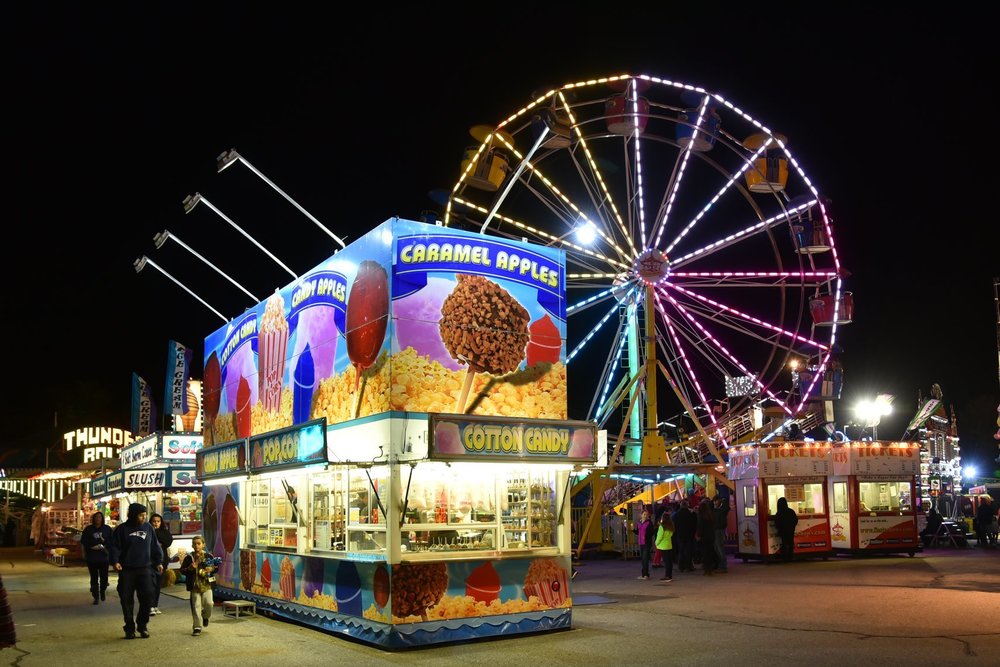