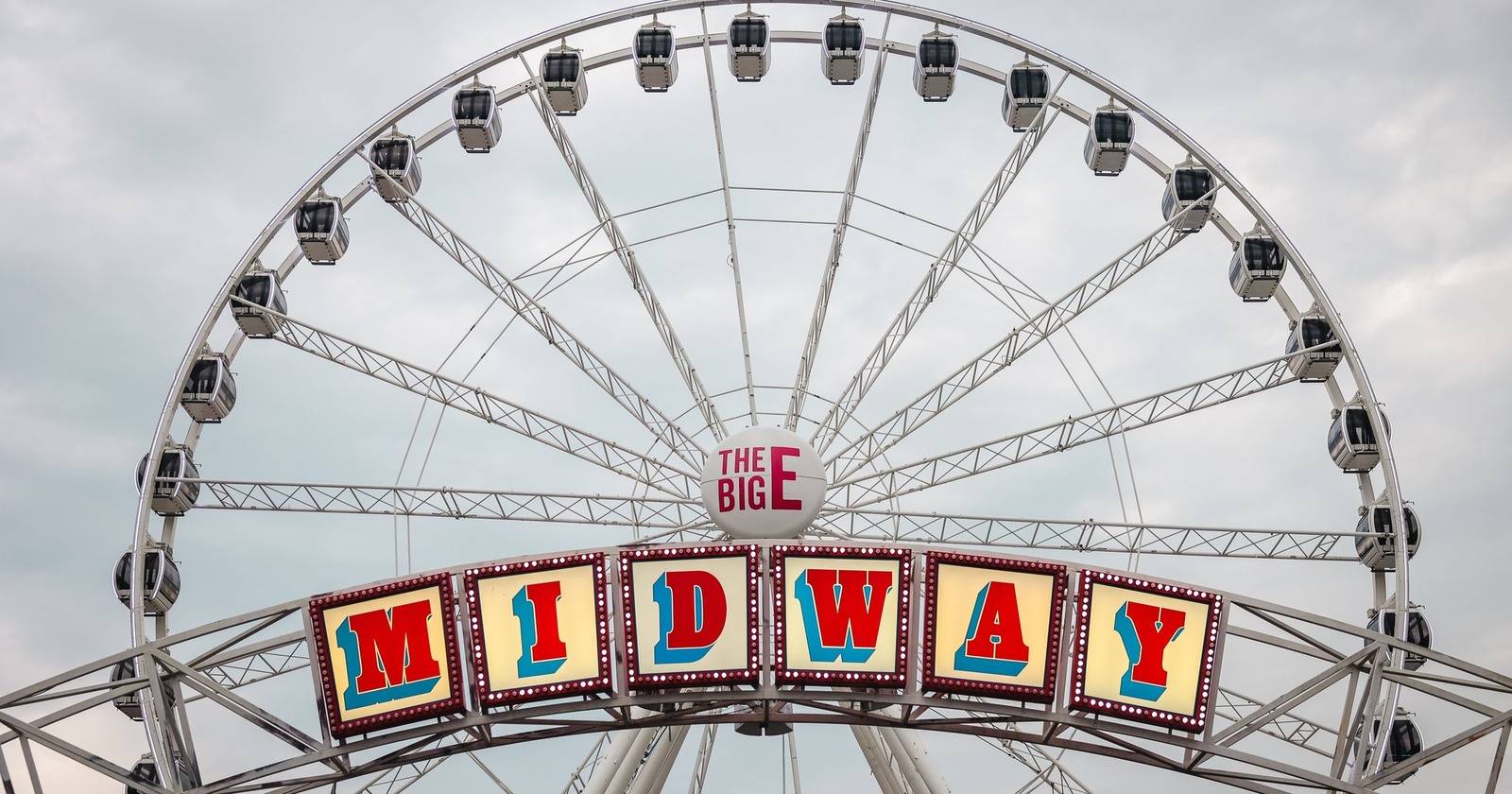 The largest fair in the Northeast, the Eastern States Expo – aka The Big E – continued what has been one most impressive and well-sustained growth trajectories of any fair nationwide. If last year was a recovery, this year has proved to be restoration of what is certainly in the running for one of the largest outdoor events in New England.

Nothing seems more Americana than a traditional harvest festival, especially when tradition includes a cutting-edge midway, a superstar-packed grandstand line, and an overstuffed-cornucopia of exciting, fun fair cuisine. The Big E once again proved that a community-centric agricultural celebration of wholesome family entertainment has a firm foothold in popular culture. Not only were all the expected components of this event operating at optimum levels and consumer confidence as upbeat as 2021, it was able to make the 2022 edition a solid entry in this fair's long legacy.

Eugene J. Cassidy, President/CEO, Eastern States Expo, declared in no uncertain terms:   “It was our second biggest in terms of attendance, but fair patrons were spending with abandon, so sales volume exceeded every other fair.  Had it not been for five rainy days, and the threat of rain on our final Saturday, we would have surely beat the attendance record set in 2019… We missed it by 26,000.”

A quick stats-scan shows the 2019 record of 1,629,527 still holds, but 2022 attendance was 7 percent higher than 2021, thus this year was the 4th biggest Big E in fair history.  “Each year my direct challenge to all of our staff is to grow attendance by 10 percent,” he explained. “I impress upon all that it matters not what your role in the organization is – “YOU” can impact attendance by the way you execute in the role you play.  I stress that whether we are pulling trash, selling tickets, or interacting with exhibitors, each of us is engaged in promoting the fair and making it a place people want to be a part of. I wish I had a crystal ball that could help me predict which days are going to be bigger than before, but let's just say, if the entire team is working on growing attendance by ten percent each year, we're going to set records!” 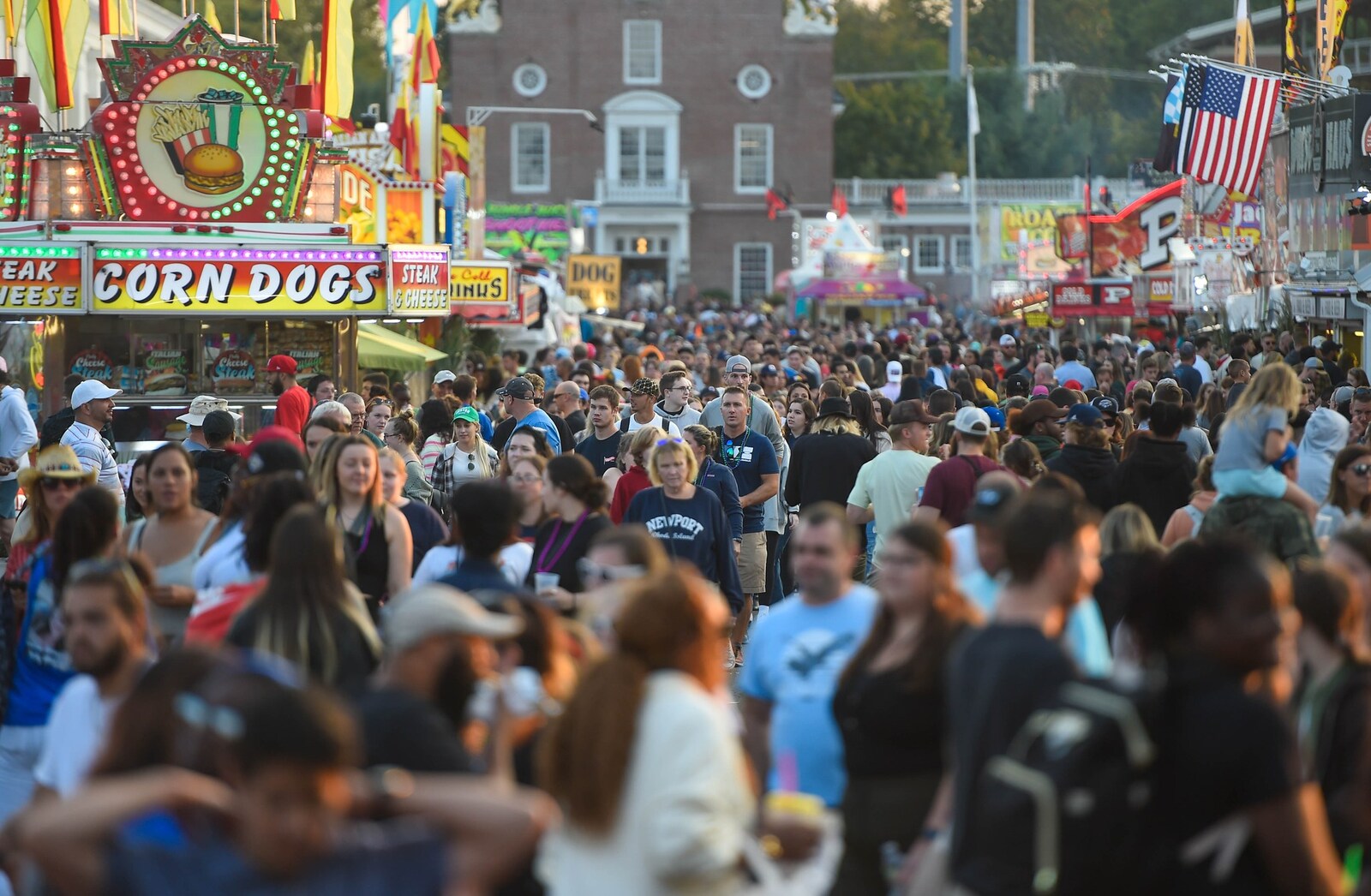 Unity of purpose among the staff may be a key strategy, but sustaining an upward pattern of attendance and spending goes well beyond an annual pep-talk. An important cornerstone of the Big E behemoth has been a focus on Big E core values – big names in the grandstand and big fun on the midway – when growth results, momentum builds. “Growth feeds on itself as long as you deliver a package that people like,” he said. “Let's face it, competition for the entertainment dollar is tough. But the fair industry and all the partners involved in it provide an important respite for our citizens.”

Cassidy's on his 28th year at the fair, 17 in the CFO role. When pressed about what a fair manager of an iconic event prioritizes, entertainment topped the agenda. As CFO, “I had a long time to calculate how I could impact the fair's bottom line. The fulcrum was entertainment and fortunately the team shared my vision. Together, the tight-knit group of us who lead the ESE executed on all cylinders. In the previous decade we have grown fair attendance by 40 percent setting and re-setting all-time records nine times, driving revenue to levels never before imagined.”

With its long-time talent buyer, Mellowship Entertainment, the 2022 lineup included Lynyrd Skynyrd – who set a Big E record as “the biggest grossing event ever staged here,” and sellouts by Nelly, Bring Me the Horizon, Chase Rice and Jimmy Allen. “Our free acts from Yung Gravy to American Authors and Modern English drove the crowds wild. All told, we presented 108 artists in 139 shows, only nine shows were paid, but every one of them was a smashing success.” 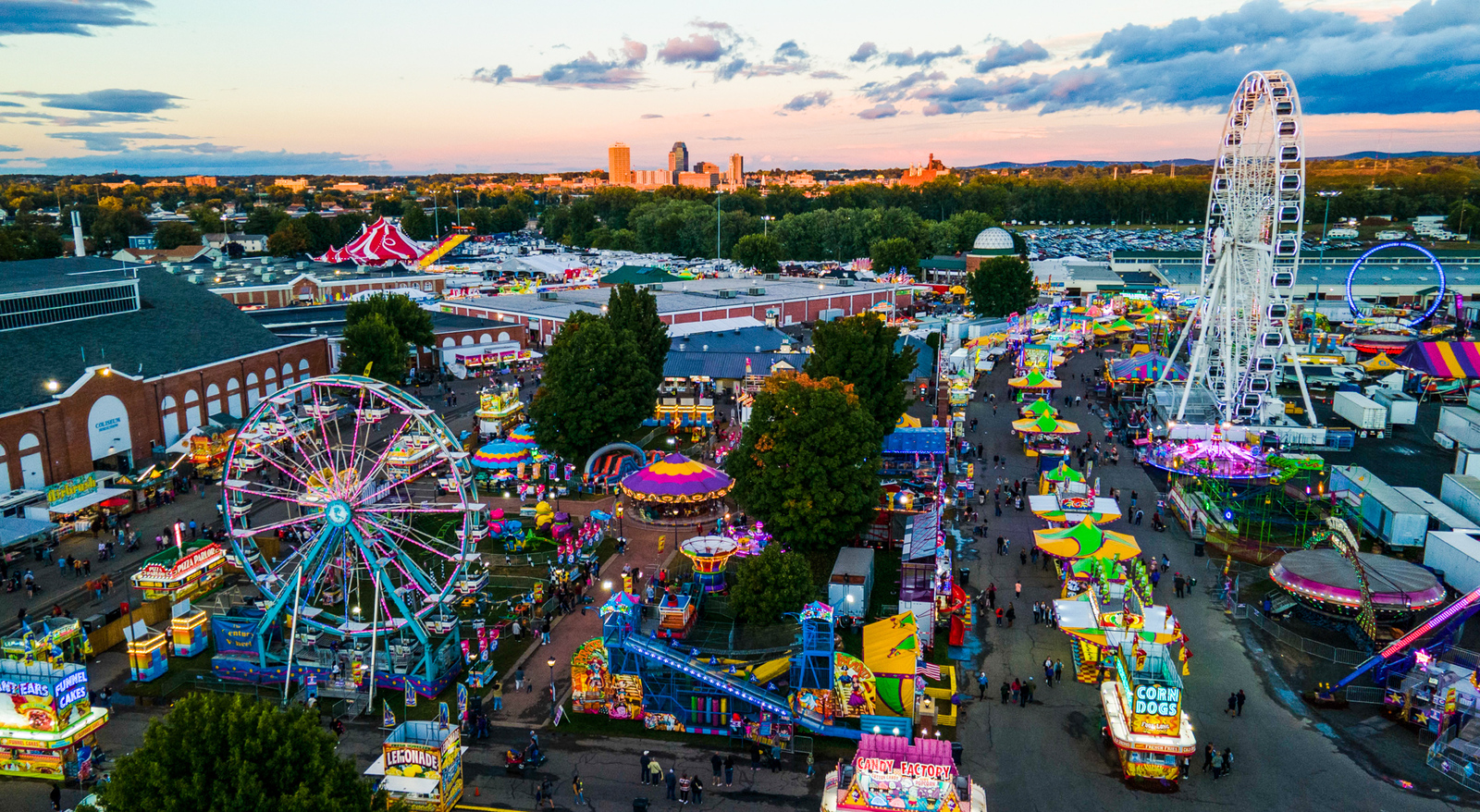 This year the media exposure was not limited to the stage, free or paid. The NAME (North American Midway Entertainment) midway – which saw a 31 percent increase in revenue – was the Big E debut of a ride befitting its name – the Super Wheel. “It drove media attention, mesmerized the fairgoer and improved the overall experience whether you rode the wheel or not.  I frequently talk about “the American way of life”, you can insert your own country in that space, but if we provide quality to the tradition of the fair, we cannot lose.”

The NAME midway featured 47 rides – other debuts included the double-decker carousel, Flying Jumbos, Monkey Maze, and the Sky Screamer – as well as an aesthetic makeover, or as Cassidy noted, “Bright shiny new canvas.”

The look wasn't the only thing new about the Big E's midway provider. “Blake Huston has fully taken-over management of our unit, and he and his team do a marvelous job.  All of their effort accumulates to improving the experience for all, creating an experience that all want to be a part of.”

“North American Midway Entertainment had an absolutely fantastic time, as always, at the Big E this year,” said Lynda Franc, Corporate Marketing Director, NAME.  “The crowds were eager to enjoy their time, and they didn't let us down! The Super Wheel was also a beautiful feature piece for the midway this year with people scoping out the best shot of the wheel and the midway entrance sign for their photos.”

She added, “The Big E's growth over the last 5 years is due to the exceptional leadership and teamwork of everyone on the Big E Team. We love being a part of that equation and look forward to continuing to grow together in the coming years."

Spending also showed sharp upticks for this year's food sales, with a record gross of $6.8 million from 114 vendors. “Food is entertainment. I am continually amazed by how the quality of food has changed since my first fair in 1994. NICA members across the country since their 1994 inception have responded to the public's desire for quality product. The creativity of concessionaires is off the charts. We all win!” 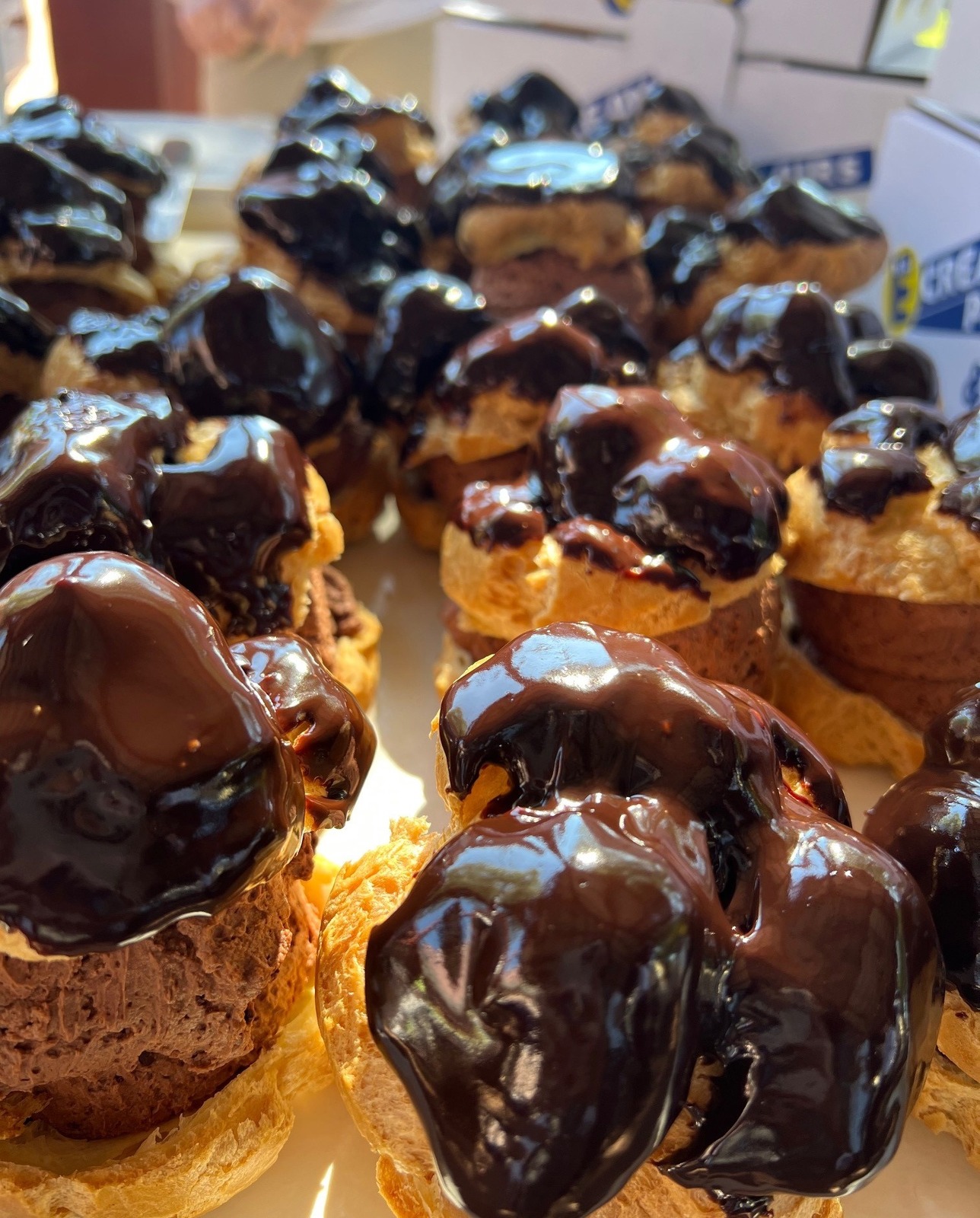 The fair's marketing budget, $850,000, was comparable to 2021, but the Big E made a big – if inevitable – marketing shift, increasing the social media budget allocation by 30 percent by shifting funds from traditional media,” he said. “I expect there will be an additional shift in 2023 in the same direction.  This is such an important area to be focused on. You need good, smart clever young folks engaged in this effort. We featured many social media voting opportunities in order to acquire patron information and to target them.”

COVID took a financial toll on the fair, which was eased but far from eliminated by the 2021 fair. This year, the pent-up demand seemed not just for the full restoration of the largest multi-state fair in the U.S., but part of a renewed interest in fairs by the general public. “We knew folks wanted to put the pandemic behind them. In the months leading up to the Eastern States Exposition other fairs were doing great, so we anticipated a good fair. But the fair exceeded our expectations. The crowds came to see us, sometimes in the rain, and all were well behaved and enjoyed themselves.”

He added, “We have experienced tremendous economic success in the last decade. It insulated us from complete financial ruin during the pandemic. With this year's fair, we are back on track. Our agricultural programming is fully restored and expanded, and we're able to protect our plant facilities. We are 106 years old and occupy 44 buildings; 36 of which were built before WWII and nine were built in the 18th century. We've got our work cut out for us. But we're ready to face the challenge!”