To The Fair & Beyond: Food & Midway Revenue Rockets for South Carolina State Fair
Midway revenue up 10% over 2021 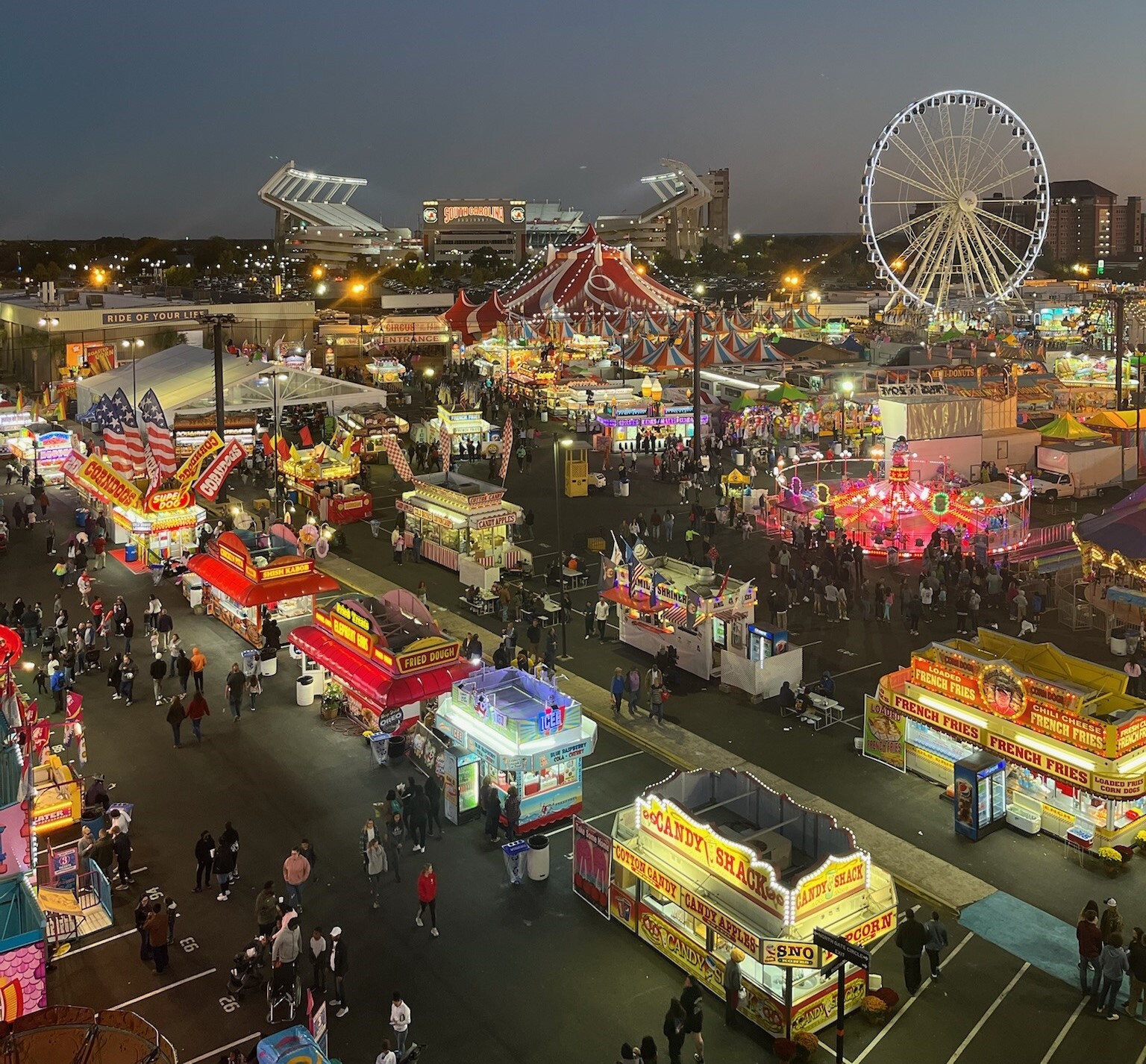 North American Midway Entertainment provided the Midway at the 2022 South Carolina State Fair.
Midway revenue was up 10% over 2021.

Sometimes the marketing theme hides in plain sight. That seems to have been what happened this year at the South Carolina State Fair where the latest in educational attractions, combined with an iconic fairground landmark, inspired a tagline based on paraphrasing Buzz Lightyear – To the Fair and Beyond.

A tagline can be an essential catalyst for any effective marketing campaign. Two other fair factors came into play in developing this year's unifying catchphrase. One was a new interactive, educational attraction at the fair – Museum of the Moon – a touring exhibition by UK installation artist Luke Jerram, featuring a large inflated, spherical moon reproducing the moon's surface combined with music and spoken word from interviews and original recordings from the 1969 moon landings – and sponsored South Carolina ETV.

The exhibit was further augmented by another fair tradition, fried food on a stick. “We had a very unique moon exhibit and, to help celebrate in that regard, we introduced Deep Fried Moon Pies on a stick,” said Nancy Smith, General Manager at the South Carolina State Fair.

The second was long a fixture at the fair, although from the same era -- an intermediate ballistic range missile that was donated to the city of Columbia and erected on the fairgrounds in the same summer man first walked on the moon. Called simply The Rocket, located at the entrance, is an icon so synonymous with the fair that “meet me at the rocket,” is as common to the 153-year-old fair as Ferris Wheels and Corn Dogs. 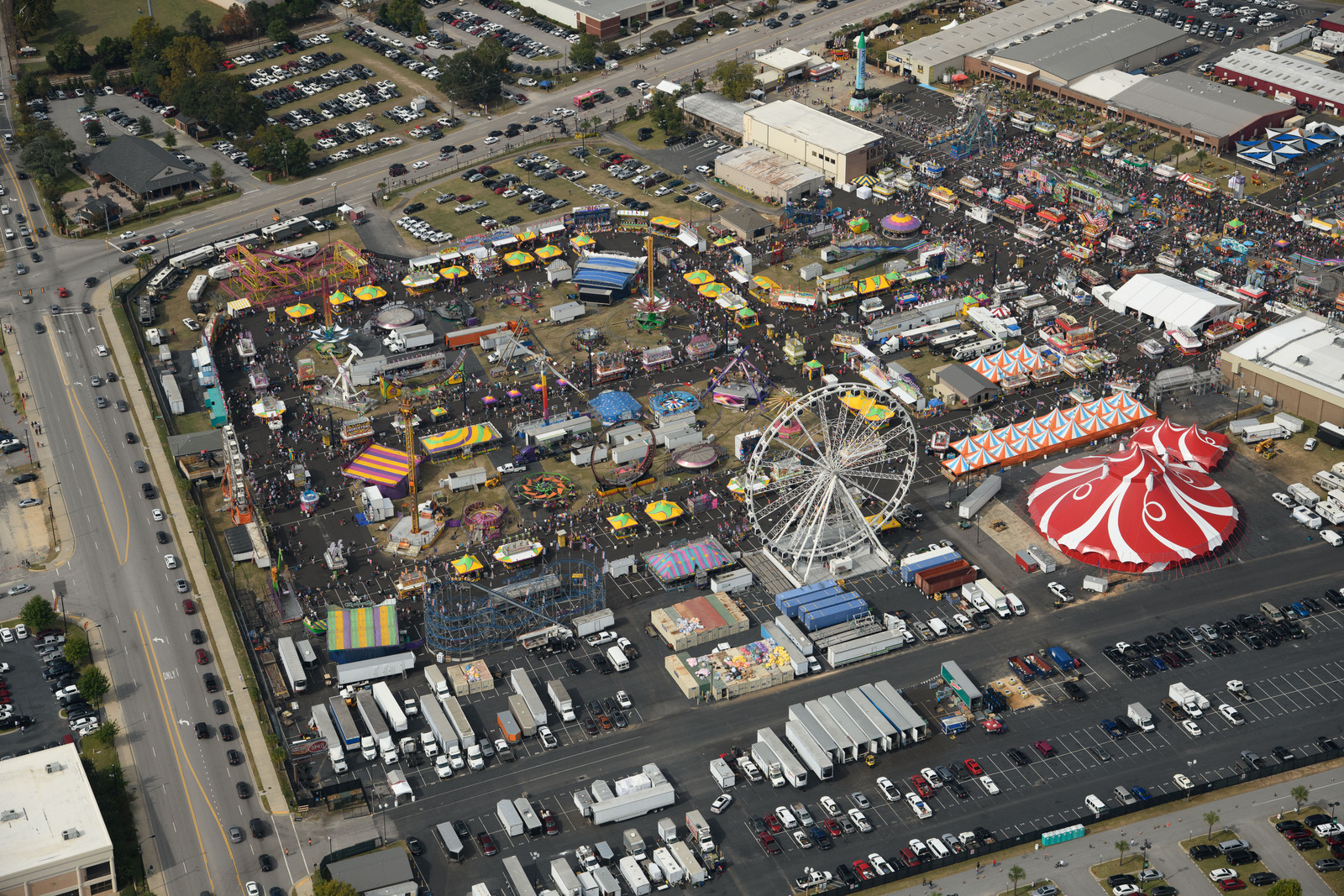 To the Fair and Beyond taps into a well-known pop-culture reference, but ties into the mission of the fair. The tagline “celebrates the impact the SC State Fair makes in our city and beyond, along with the tradition of the fair, the memories our patrons make, the legacy we leave and the economic impact our SC State Fair has on South Carolina,” said Smith.

But it was social media, with a new emphasis on guest engagement, that led the way. “We did more Facebook posts than 2021, we did more Tik Tok, we did more video/reels vs. photos,” said Smith. “We asked for more users to let us re-share their photos.”

In addition to the marketing campaign, the fair reinstated promotions that were under a moratorium last year due to COVID variant spikes, as well as adding new ones designed with the community in mind. “All of our promotions that were missed last year were back in 2022,” said Smith. “Our Exceptional Citizens, Military, and Seniors enjoyed their day/s at the SC State Fair. Additionally, we had our first ever Sensory Friendly Morning which was well attended and well received. Unlike last year, we had no restrictions regarding the number of people in the buildings. Our new Academic Avenue open stage setting proved to be a popular one where patrons enjoyed entertainment of all kinds, including a first ever “Dracula” ballet performance.”

The fair also took greater measures to enhance the fairgoer experience by easing pedestrian traffic snarls and improving fairground lighting. “We made improvements to our 24-hour gate, improving safety, security, and overall ease of entrance and exit for exhibitors and vendors,” said Smith. “We made adjustments for our ticketing lines at the North and South Gates, giving more area to avoid congestion. From a safety and security side, we added additional light tree generators for more lighting in the midway area. We also added street signage and exit markings to help patrons know where they were and where they were going.”

Except for rain dampening the opening day even, the fair had a run of ideal Carolina autumn weather. But it seemed what Mother Nature could not accomplish, Father Football did. The fair reached an attendance of 355,103, an increase of 6,402 over 2021, but “ pre-COVID numbers, in 2019 were 416,326,” said Smith. “We had a USC vs Texas A&M football game the last Saturday of the fair. It was a 7:30pm game, which did not help us attendance-wise. However, we received fantastic coverage from the announcers! I only wish it had been the first Saturday of the fair. Just like the weather, a football game is something over which we have no control.”

She added, “we enjoyed another very good year at the South Carolina State Fair. Attendance was up over 2021 and we also recorded record ride and food grosses. Most importantly, we have worked tirelessly over the last several years to make the South Carolina State Fair experience a safe and enjoyable one. We accomplished that goal again this year and are very thankful.”

NAME (North American Midway Entertainment) provided the midway, with a ride allotment of 60 rides, consistent with the pre-pandemic footprint. The midway debuted some  new rides: Giant Vertigo, Monkey Maze, Sky Screamer and Flying Jumbos. The Sky Ride and the Giant Wheel were the highest grossing rides, according to Smith, with overall midway revenue up 10 percent compared to 2021.

“We were so happy to premiere several new rides at this year's South Carolina State Fair,” said Lynda Franc, Corporate Marketing Director, NAME. “We're always looking for opportunities to bring something fresh to the midway and any time there's a new ride, there's a buzz that comes with it. So it was a very buzzworthy year!” 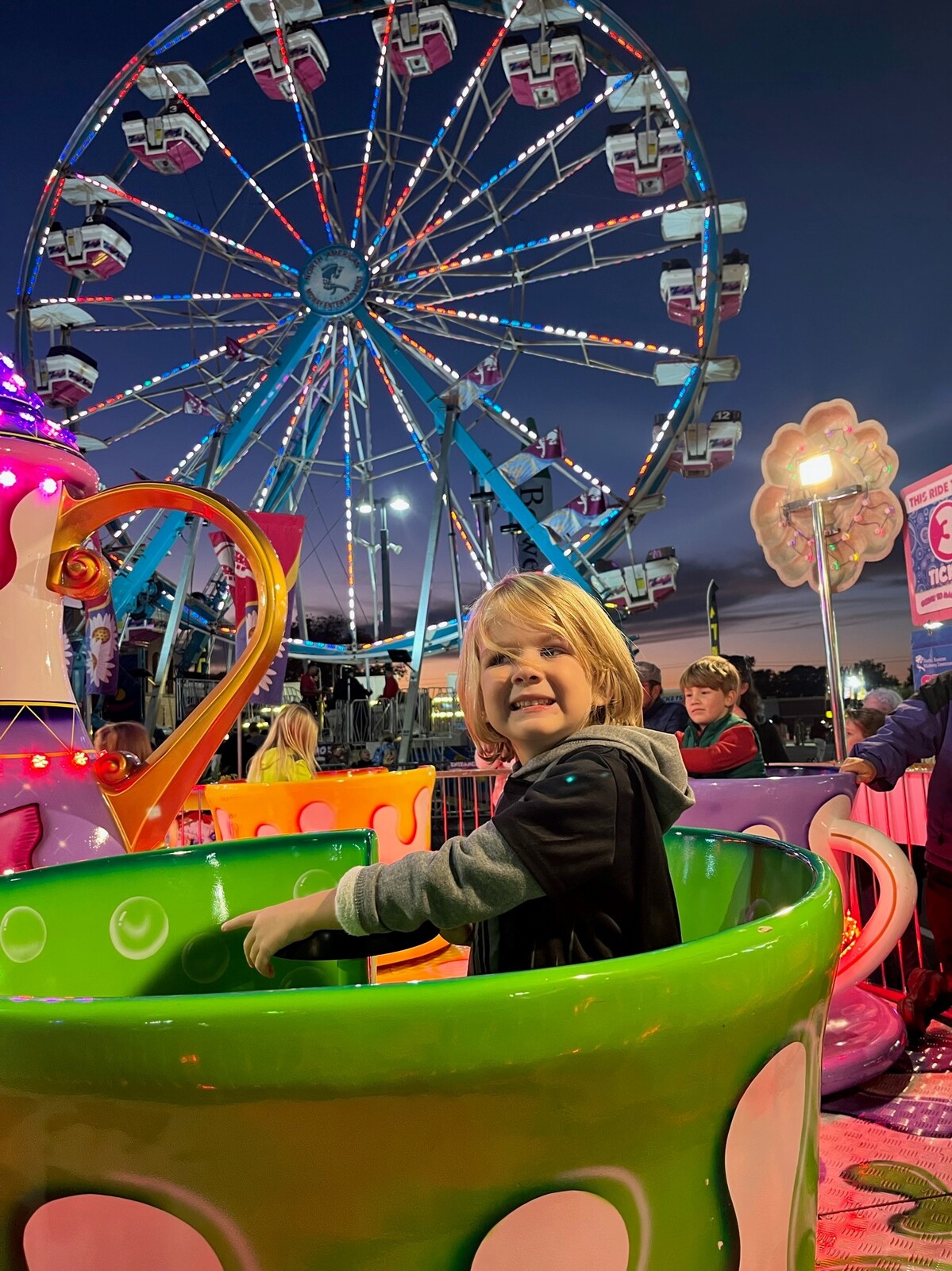 Franc pointed out that what has continued the success with the fair has been the community outreach by the fair, which in turn has produced an outpouring of community support in 2022. “The South Carolina State Fair was another successful event this year,” she said. “It's really the crowds that make it successful. We work very hard with Nancy and her team to put on a good show and the guests seem to appreciate it, so we're very grateful for their growing support. We've been with the South Carolina State Fair for several years so we have the dynamic between all of the partners that is very strong and that's probably one of the biggest things that we are all doing right - continuing to proactively work together.”
The fair featured 75 food vendors, including a new vendor, DeAnna's Diner, offering hamburgers with homemade buns, steak on a stick and hot dogs. Top selling food items at this year's fair were (in order) Carousel – turkey leg; DeAnna's Concession; Oriental Food Specialties; Lordy's Elephant Ears and Nick Strates Greek food.

Food spending also saw a 10 percent jump, which Smith pointed out was adjusted for price increases. “Inflation always has an impact on consumer spending, but based off on our attendance it did not affect that number,” said Smith. “Patrons were wiser in their spending, as we saw an increase in tickets purchased pre-fair at the discount pricing. We had a record food gross this year, along with a record ride gross. People had many more choices this year than last. The fact that our patrons chose the SC State Fair even in the midst of inflation and with other things fighting for their dollars, is a positive one for the SC State Fair.”

This community not only supports what is the largest annual outdoor event in the state, but does enthusiastically. “From the beginning of our fair season, there was a sense and feeling of excitement. Media coverage was good and more than in 2021. We had one television station that was on grounds every day of the fair and did an excellent job of coverage. The fairgoers seemed to have the same sense of excitement and urgency to come and enjoy their fair. They needed it and we, of course, needed them. Last year we were still in the COVID environment and some people were timid to attend large events. This year, we were in a post-COVID environment and things were more open and people's comfort level was higher.”

She added, “our patrons appreciated the fact that our special days and promotions returned. We also saw much more involvement from companies, both large and small, attending the fair as a group. Our expectations are always to provide a safe place where South Carolinians and more can come and spend time with their families and enjoy the experiences of the SC State Fair. “To the Fair and Beyond” met these expectations, as our patrons were able to celebrate the experiences and traditions of the fair and to continue making memories that will last a lifetime. That is what fairs are all about and, I must say, it does not get much better than that! I'm honored to be a part of this wonderful industry.” 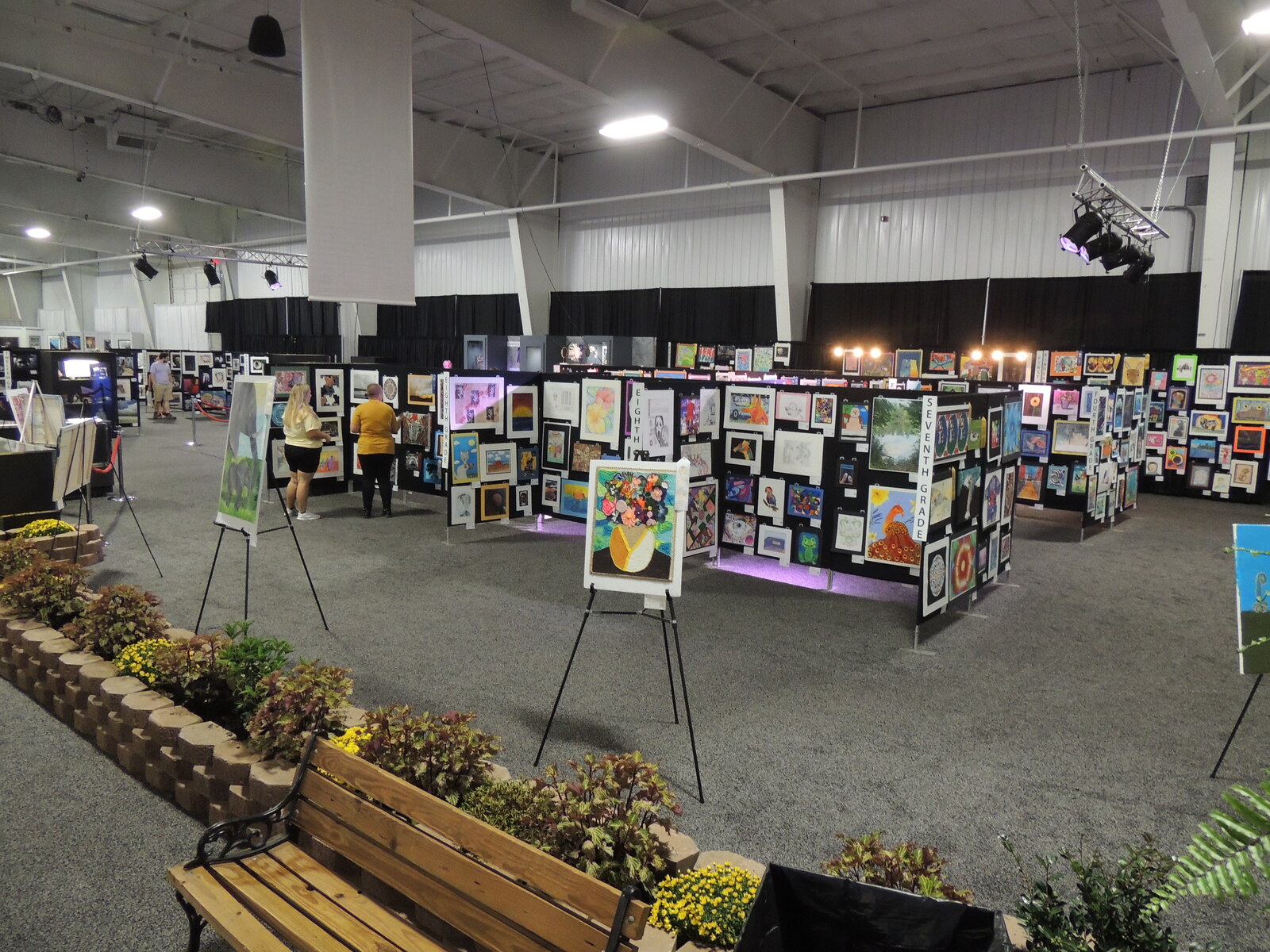 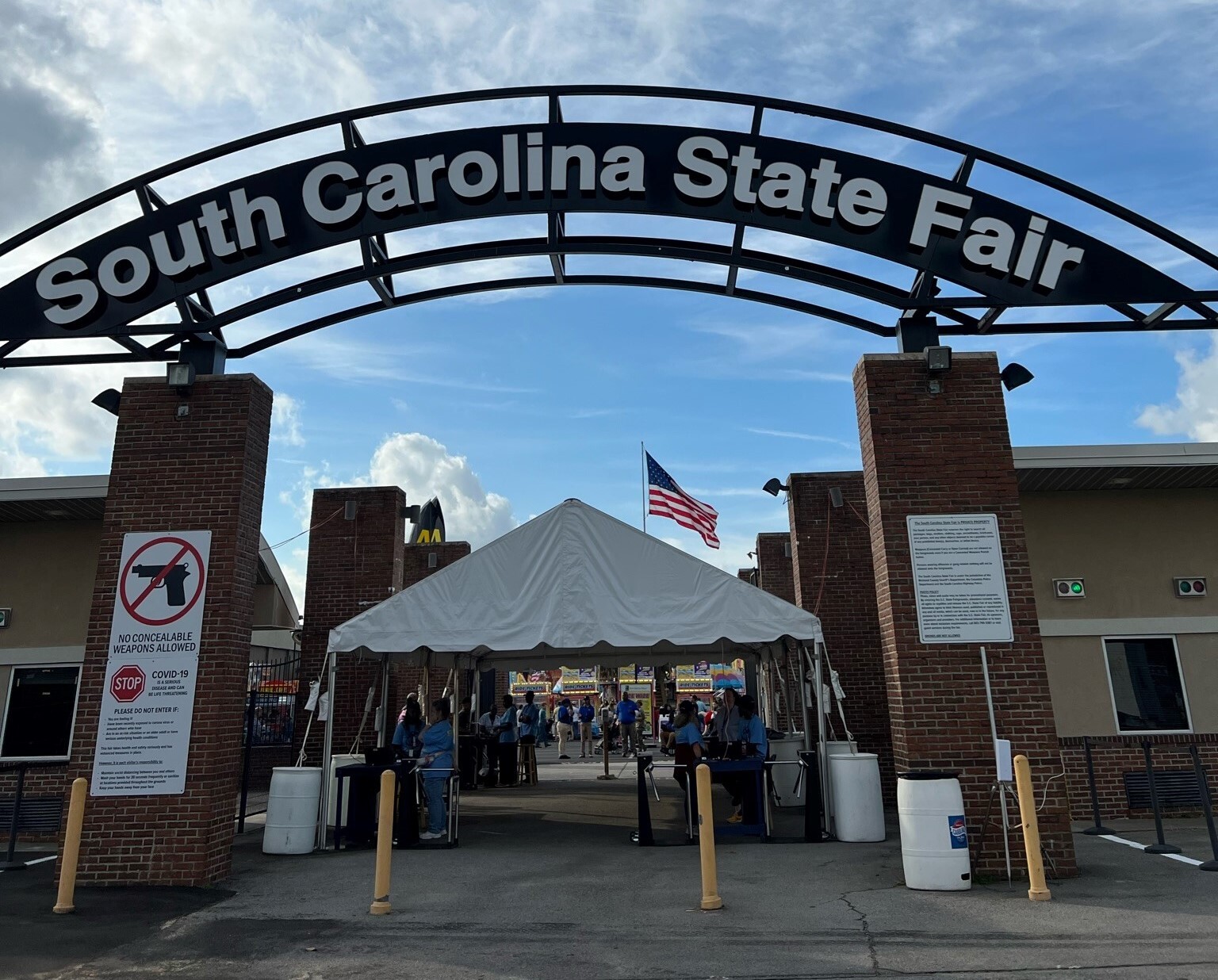