In 2022, the Maryland State Fair went from 12 consecutive days to a three long weekend format. The fair was still the “12 Best Days of Summer,” the only difference is, it was no longer a dozen days in row.  An attendance exceeding 588,000, setting revenue and records, was proof the reconfiguration idea was a success. The new format – plus one of the luckiest Maryland streaks of ideal summer weather – scattered rain on closing day was the worst mother nature had to offer – resulted in a 16 percent increase in attendance, an increase in livestock exhibits, and an all-time gross revenue record by the Deggeller Attractions Midway.

Last year, the Fair and Deggeller had a test run for a longer fair with “The Fair after the Fair”  by having the midway, other vendors and a handful of attractions open for the third weekend, after the 12-day run. While labor shortages, plus a confluence of other factors made a twelfth-hour decision to extend the event feasible, the instigating event was education. Maryland, like many other schools systems in the U.S. now, begin classes in August, depleting the weekday attendance to the point where it is more cost-effective to maximize weekends and go dark on some weekdays.

“The Maryland State Fair & Agricultural Society's mission is agriculture education,” said D. Andrew “Andy” Cashman, General Manager, Maryland State Fair. “We moved to this new format because we did not want the 4-H/FFA youth to have to choose between going to school and exhibiting at the fair. It was encouraging to see families and individuals smile as they enjoyed the variety of fun and educational competitions and display.”

Such a major restructuring of a fair can only be done in collaboration with its midway provider, both coming to the conclusion that an extra weekend of maximized revenue far exceeded the overhead costs of going dark during what used to be mid-fair. “It was a big change for us and for the fair and took a lot of discussion and planning,” said Andy Deggeller, Deggeller Attractions. “It really paid off; we had a record year in Maryland with the extended three long weekends.”

Maryland may have added a weekend, but other fairs attempted similar restructuring, the most popular being having the midway open later than the typical noon-time of most fairs. By and large, the comeback year of 2021 saw robust fairgoer spending, so at the least the concept of midway rescheduling had some justification – the bottom line was not affected.  “We did open later on Thursdays, and overall we worked less hours but made the most of the hours. It's different for every fair. When schools are in session, that causes disruption around the fair, so with the longer weekends we have the fair without that disruption.”   He added, “It really paid off, it gives us more weather insurance, protected us from rainouts. We had a little bit of weather on the off days, at least one would've been a washout on the day. Limiting the hours drove attendance to the midway. It's going to be different for every fair, but less hours improves midway efficiency although we have fixed costs regardless if the fair is open.”

The 2022 Deggeller Attractions midway was also able to restore the Maryland Midway to its usual allotment of 45 rides, including the return of its signature Roller Coaster, which did not make it to the Old Line State celebration last year. “We were able bring back some rides which didn't go out last year, some of which was workforce related. This year, inflation has been bad, and fuel costs tended to be so high it ate up revenue. I think families have an uphill struggle, but spending hasn't been affected. We are also getting deliveries on parts, so the supply problem wasn't as bad as last year, but prices were higher everywhere. Even with good revenue, costs are eating up everything and what you notice is that you're putting less money in the bank every week.”

With economic woes,  and rampant uncertainty Deggeller believes that fair managers should resist the impulse to rest on laurels and think outside of the box in order to best navigate the new challenges of the second decade of the 21st century. “It was a gamble to open the extra weekend, it was a big solution to undertake and it paid off. The fair has made a lot of changes and improvements in infrastructure to the fairgrounds. We're fortunate to work with [Andy Cashman] because most fair mangers of the big state fairs aren't willing to take chances in order to move the fair forward.”

“We had to do something,” said Cashman. “You don't want to reinvent the wheel, and you don't need to reinvent the entire fair every year, but the new hours seemed to mean more people were on the midway and staying longer. We were lucky enough that when the York State Fair changed its dates, it freed up Deggeller Attractions. But the biggest thing was that not only were we able to have more families come when we weren't open on a school night, but we were able to have the kids participating in our programs.”

The rescheduling also affected attendance flow. “There was a difference this year, attendance was steady all day. People came earlier and stayed longer. We stopped selling tickets by 8:30 some nights because we had reached capacity. We never had days like that before this year.”

It also enabled the fair to find a new revenue stream – corporate rentals. “We were able to rent out for a private corporate party on an off day, which was pennies from heaven,” he said. The group was “over 1,000 people, and we had the midway and the petting zoo, a balloon twister and some entertainment and food of course,” said Cashman.

Prepare for the Fair

Fueling consumer interest in a reformatted fair was a tagline and marketing campaign designed to whet anticipation -- Prepare for the Fair – which included commercials cleverly both inducing and depicting fair anticipation, such as a “woman in a bathroom pressing a hand drier and hearing carnival noises, and a cowboy on a lawnmower. At 100 days out before the fair, we had 100 lightbulbs popping. We worked with our ad agency to come up with a three year plan, so we will be using the tagline for three years with the same theme. We are doing a lot of social media, and radio spots and signs on buses.”

The 2022 Maryland State Fair's three-weekend experiment was a success with an excitement evoking tagline, the fair has been a new sheen on a time-tested tradition. “We are way past COVID and it's a new order for fairs. With more attendance you have more opportunities to present in new ways a product to the public that is really enjoyed by the community.” 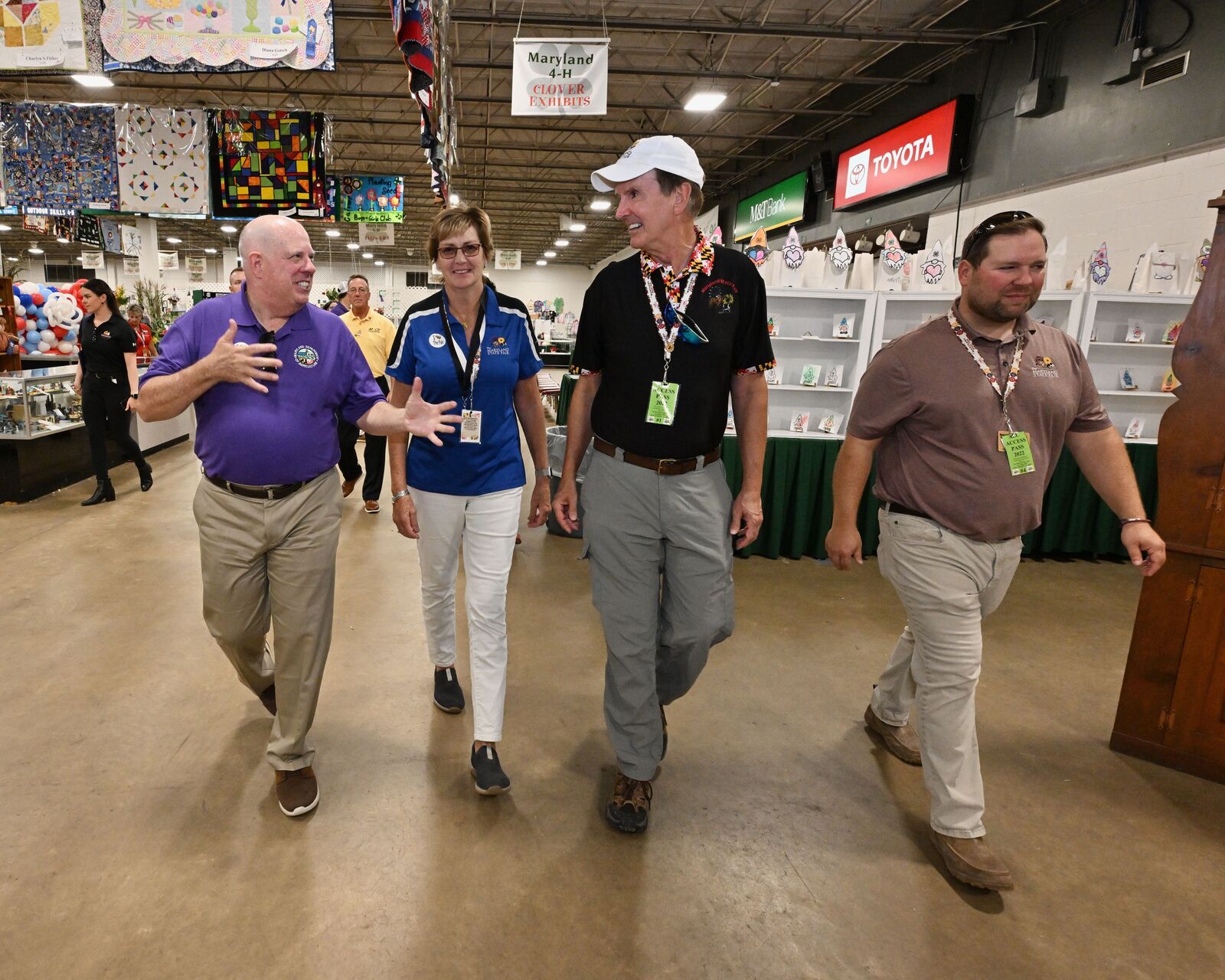