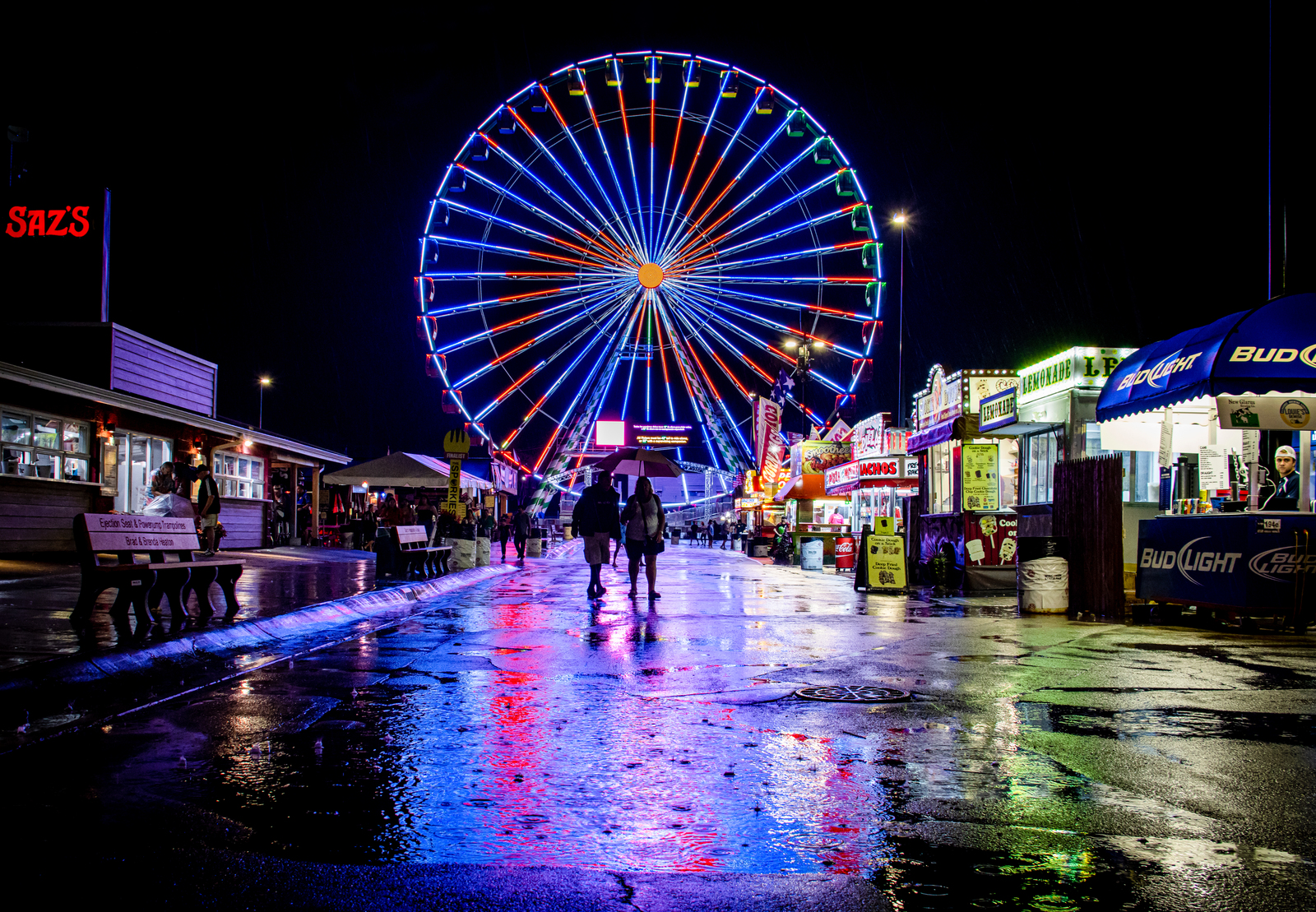 After a year off due to the Pandemic, it was an old foe that posed a problem to the Wisconsin State Fair in 2021 – Weather.

An oppressive heatwave and severe thunderstorms ruined seven out of the 11-day run, causing attendance to plummet to 841,074. An impressive turnout, but it halted this iconic Midwestern event's 7-year streak of fair attendance exceeding one million.

But numbers don't tell the complete story, especially as communities and stakeholders modify their expectations to conform to the realities of the pandemic era. “We have an overwhelming amount of gratitude for the opportunity to have hosted the 170th Wisconsin State Fair and celebrate everything we should be so proud of in our great state,” said Kathleen O'Leary, chief executive officer of Wisconsin State Fair Park. “Seeing smiling faces enter our gates again after 724 days was a tremendous accomplishment for our staff, vendors, exhibitors, and board of directors. While we were faced with challenging weather conditions for several days, we persevered to provide the best experience possible for all.”

“During the run of the Fair, we did experience severe weather on multiple days including storms and severe heat,” said Jen Puente, Chief Marketing Officer, Wisconsin State Fair. “While this is not ideal, everyone was kept safe during the storms and that is something we are extremely proud to have accomplished.” 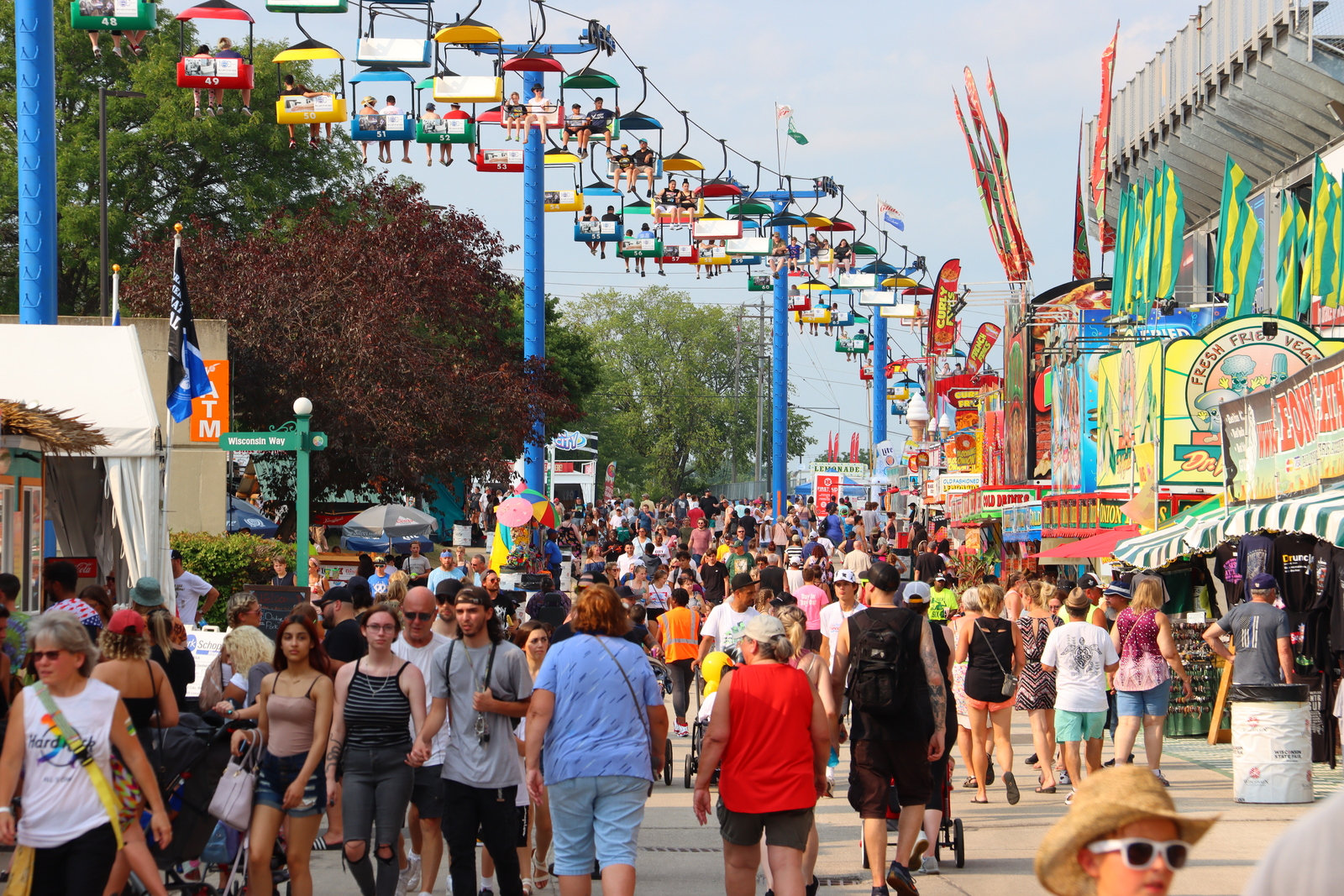 Not only was the fair cancelled last year, fair planning had to be postponed due to COVID.  Fear of fair followers forgetting about the annual event, fair staff created several online and contact-free events during the height of the lockdown, serving to remind the community of the brand and all it represents. “The 2020 State Fair Necessities program, which included the Fair Food Drive Thru really showed us the intense loyalty our Fairgoers have for the Wisconsin State Fair,” said Jen Puente, Chief Marketing Officer, Wisconsin State Fair. “We could not be more grateful for the opportunity to host the 2021 event.”

One of the leading and most iconic fairs in North Americans – national news outlets featured the 2021 opening day of the Wisconsin State Fair in several news cycles as a significant sign of summer normalcy returning to the Midwest. But behind the scenes, the 2021 fair had a highly abbreviated planning2 schedule. It was not until January that that the Wisconsin State Fair Park Board of Directors could meet and agree on “the goal to host the 2021 Wisconsin State Fair in accordance with health and safety guidelines at the time of the Fair. We made an official announcement to the public on April 28th that the Fair was going forward.”

An event that requires a 12-month planning period now had less than half that time, while developing a plan during changing conditions and a massive vaccine rollout, proved to be the biggest challenge the fair faced. “The truncated timelines, and uncertainty of the pandemic and how it would affect the Fair once it actually arrived,” were the key issues, said Puente.

These “truncated timelines” presented challenges for a marketing team already working with a budget that was sliced by 10 percent. Less time meant the fair had to “push advance sale promotions, concerts and general promotion to have a more significant overlap than it has in the past,” she said. “Social Media saw a significant increase from 2019 to 2021 given its effectiveness. We utilized TikTok, and increased our social media advertising spend significantly for 2021. Print saw a reduction, and other mediums were very similar.”

The State Fair Is on!

The fair's marketing tagline was a simple and direct declaration – The State Fair Is on! – but messaging needed to showcase both the return as well as the protocols the fair was undergoing to keep guests safe.. As part of the COVID talking points, the fair needed to inform the public about new transaction formats, a semi-cashless fair. “We did not go entirely cashless, we went to a cashless system at our parking and admission entrances,” said Puente. “This was to reduce contact as well as expedite the entry process. Vendors had the option to accept cash and/or credit cards.”

Entertainment proved relatively easy, with most of the 2020 lineup able to simply transition into 2021. “There were five Main Stage shows that we were able to keep from 2020,” she said. “Fairgoers were very excited to see these acts as they had waited to see them for over a year. We appreciate all the fans who held on to those tickets and enjoyed those amazing shows with us.” 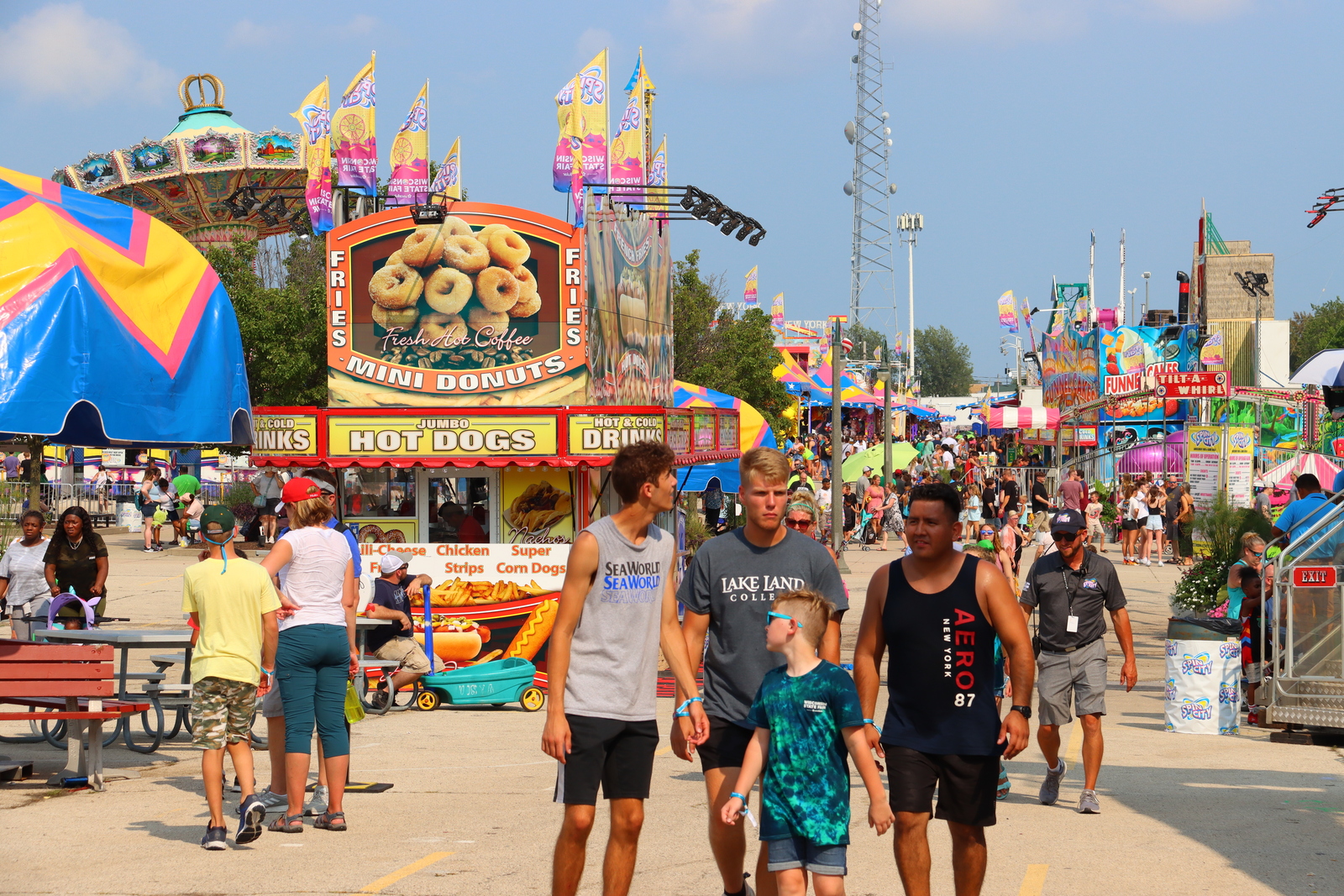 The main midway issue was one afflicting nearly all fairs in 2021, a labor shortage. Carnival companies have been forced to downsize and reduce routes due to the lack of employees. For SpinCity, the independent midway of the Wisconsin State Fair, rides were reduced from 48 in 2019 to 41 in 2021. Only 16 ride companies were able provide equipment for SpinCity, compared to 19 in 2019.

Not only was there less midway, but less time for fairgoers to ride. “The fair shortened its operating hours which cut hours for SpinCity, this helped save on labor,” said Shari Black, Chief Programs Officer, Wisconsin State Fair.

Fairgoers may have waited two years for the event, but they were rewarded with a dramatic makeover of the fairgrounds. “With the completed Central Mall project and improvements, fairgoers were able to enjoy the heart of Fair Park in an entirely new way, including shaded seating and relaxation areas, landscape lighting, and swings,” said Puente.  “This area will be enjoyed for years to come and will be further enhanced for the 2022 Wisconsin State Fair to include the new Central Mall Restroom.” 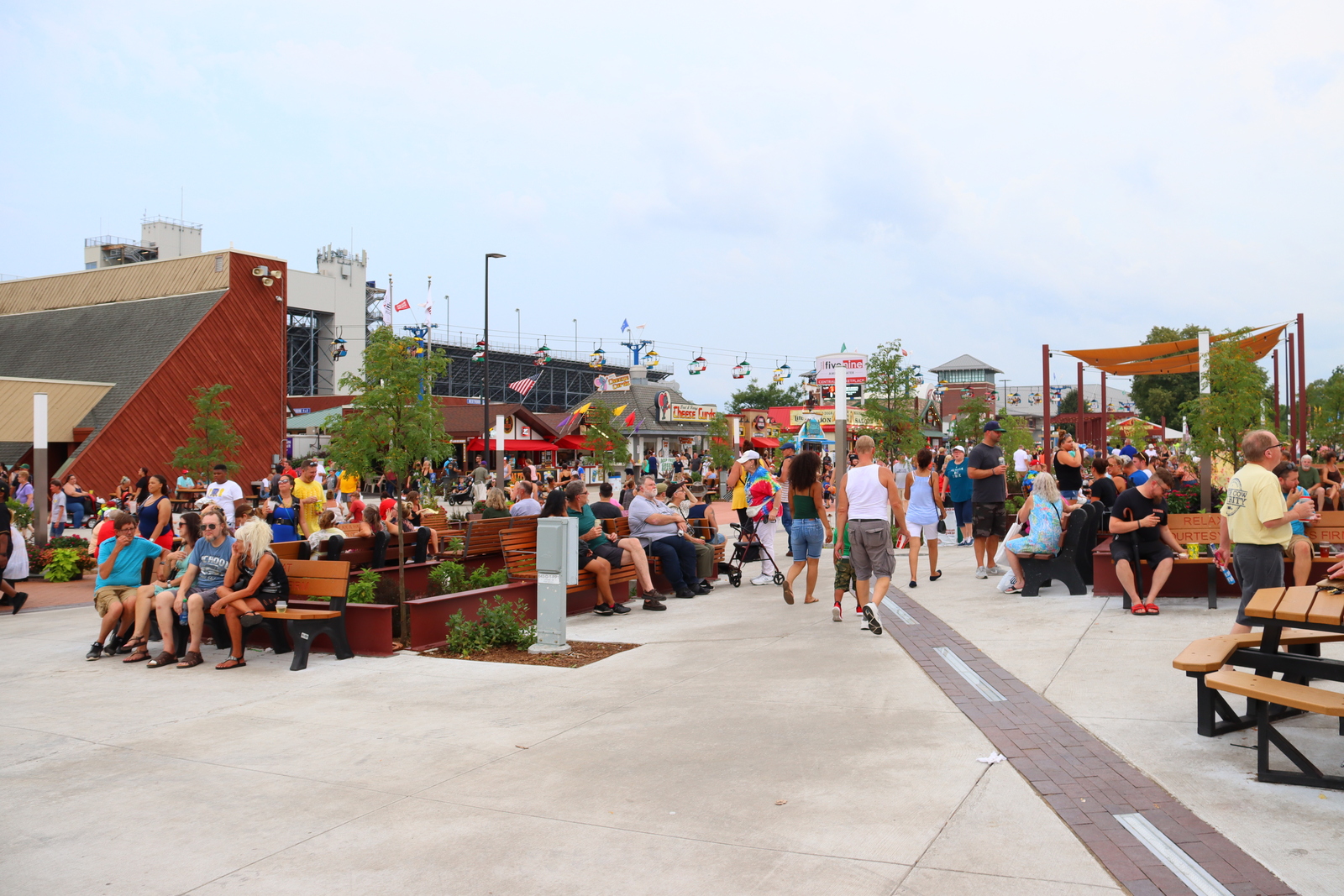 Attendance may have dipped and Mother Nature was in an uncooperative mood, but the objective of a safe return of this annual tradition was achieved. “We monitored this closely, and have not been informed to date of any COVID cases linked to the Fair,” said Puente. “Having a fair in 2021 was our #1 goal, and we were able to reach that goal! “ 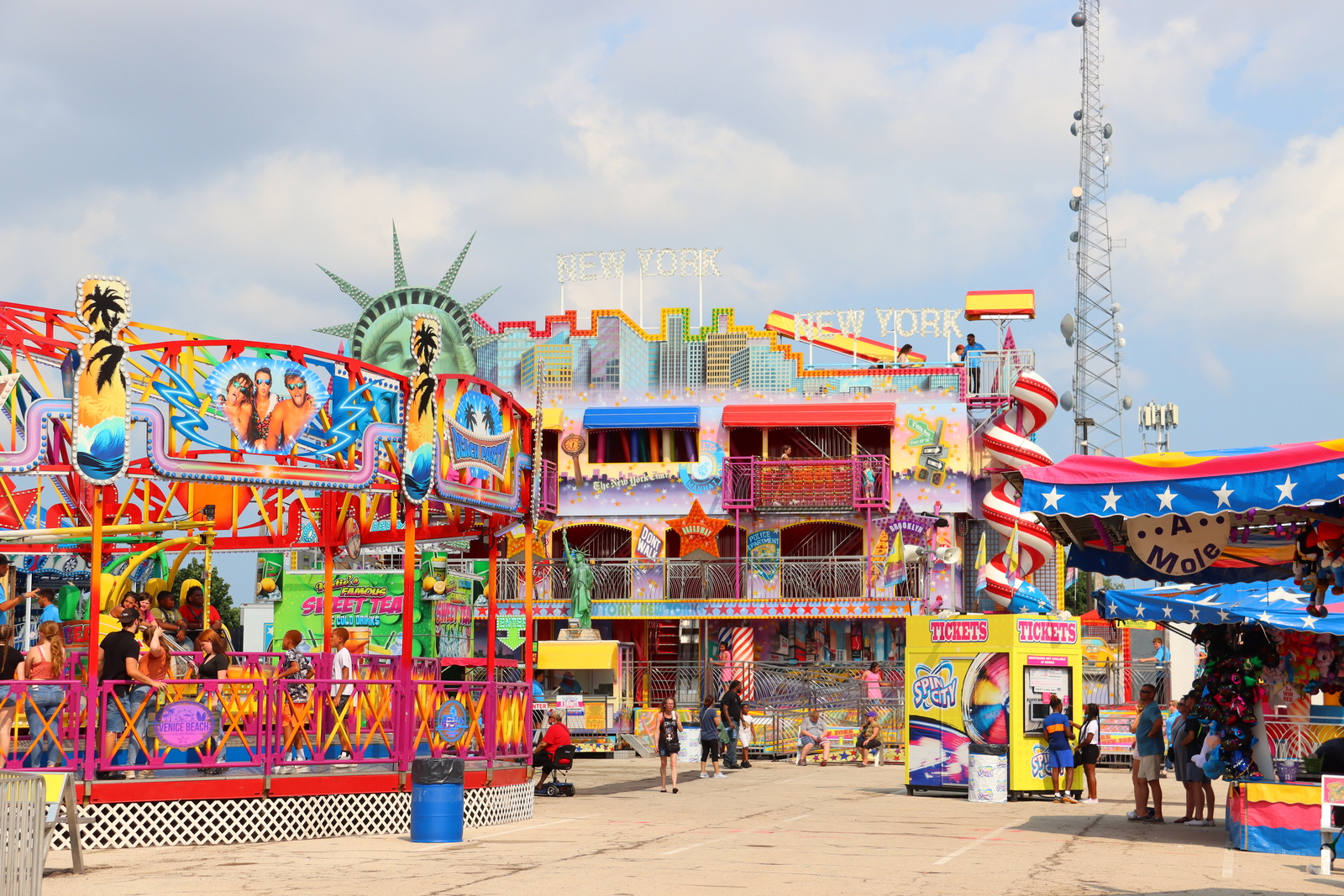 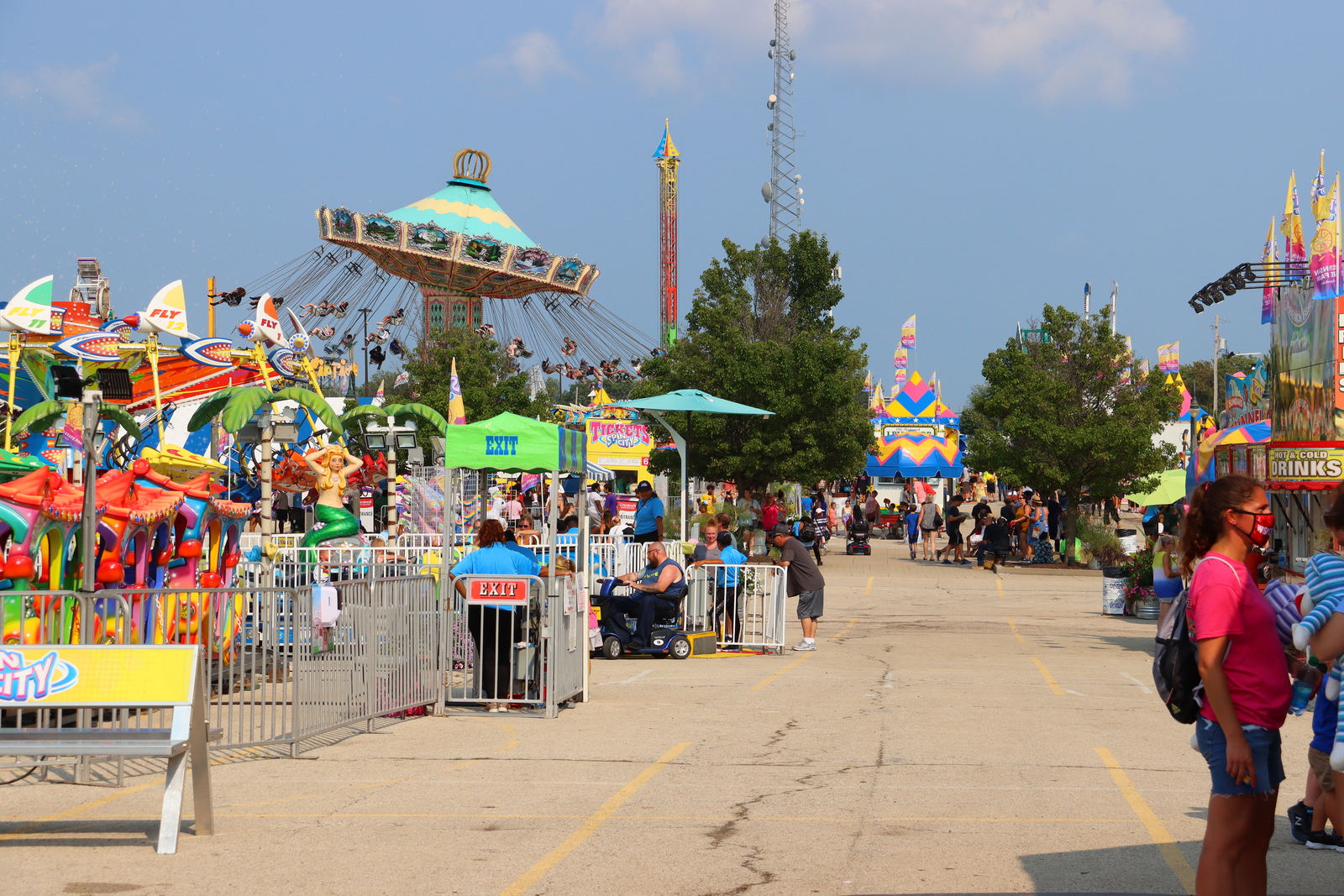 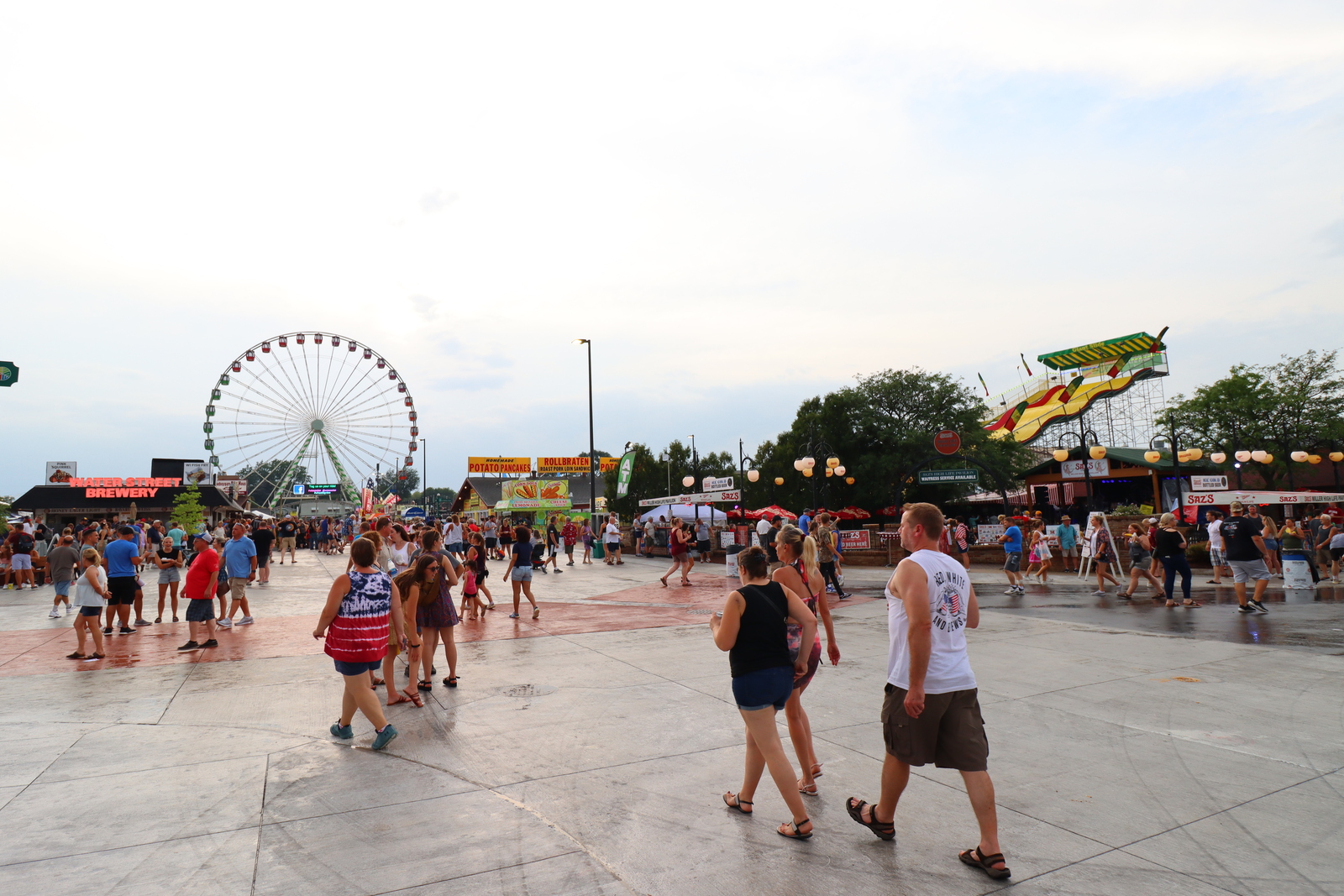