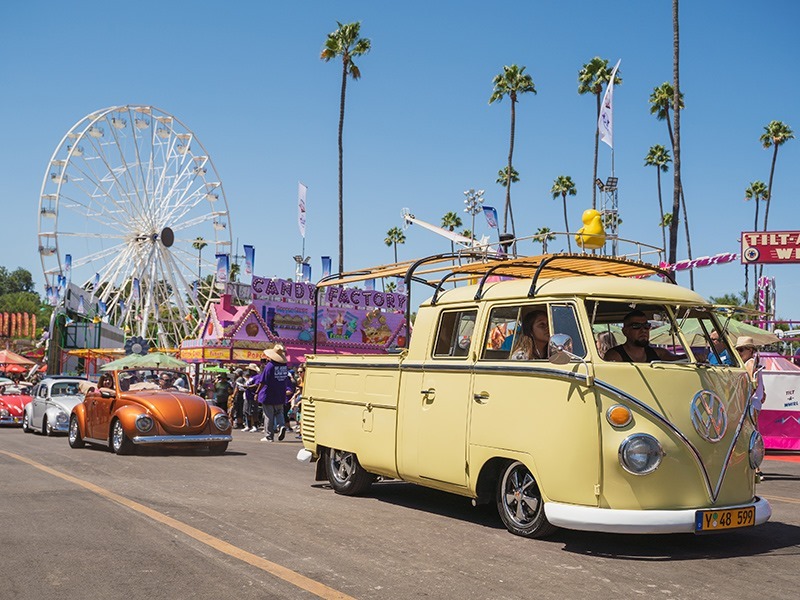 The major thrills, chills and animal exhibits that make up the LA County Fair will be experienced at a different time of year when it returns in 2022.

This year, the fair was already canceled; and rather than scheduling a return on the usual heat-affected September dates where the fair has run for nearly 100 years, fair management has made a change for the cooler.

The fair is permanently moving its dates to May beginning in 2022, which will also be when the iconic Southern California institution celebrates its centennial.

Thursdays through Sundays and Memorial Day, May 5, to May 30, 2022 will bring the return of the big wheel to the Pomona-area fairgrounds.

Celebrating the first fair that was held back in 1922, the 2022 installation will follow the theme of “Back to Our Roots.” Fair officials say the fair will celebrate things like the invention of the Frisbee, early-days tent exhibitions, and a “Home of the Future” offered at fairs past.

Hours and pricing will be announced soon. And while the fair will not run in full this year, September will bring a Fair Food experience in late September. 2020 Season pass holders who held on through the pandemic to this year will receive refunds in mid-July.

While the move will mark a triumphant return for the fair, it is not the pandemic that drove the decision to change the annual run dates. September was always a heat-wave month for the fairgrounds' location, a long way from coastal ocean breezes. Daytime admissions in particular were down due to soaring temps in previous years. Attendance overall lessened, and fair operations spent literally hundreds of thousands to add shade areas, umbrella tables, and water misters. Thousands of shaded square feet were added, specifically over the agricultural areas, with umbrellas throughout the fairgrounds, more attractions positioned inside air- conditioned buildings, and more evening events scheduled over the years.

With temps soaring to the triple digits in the last few years, the lowered attendance is unsurprising, given guest discomfort and jockeying for shade. By 2019, the fair drew 1.1 million visitors, which was down from 1.25 million in 2018. Temperatures rose above 90 for 14 out of the fair's 19-day run that year, and more shade umbrellas, cooling misters, and shades were installed. For 2020, plans were afoot to reduce daytime hours altogether, since evenings were cooler and drew more attendees. Due to the pandemic, that plan was never put into place.

So, with climate changes out of the control of fair administration, rescheduling for a cooler month seemed inevitable. Even better, the Pomona Fairplex could make an ideal location to celebrate a variety of May holidays such as Mother's Day, Cinco de Mayo, and Memorial Day. 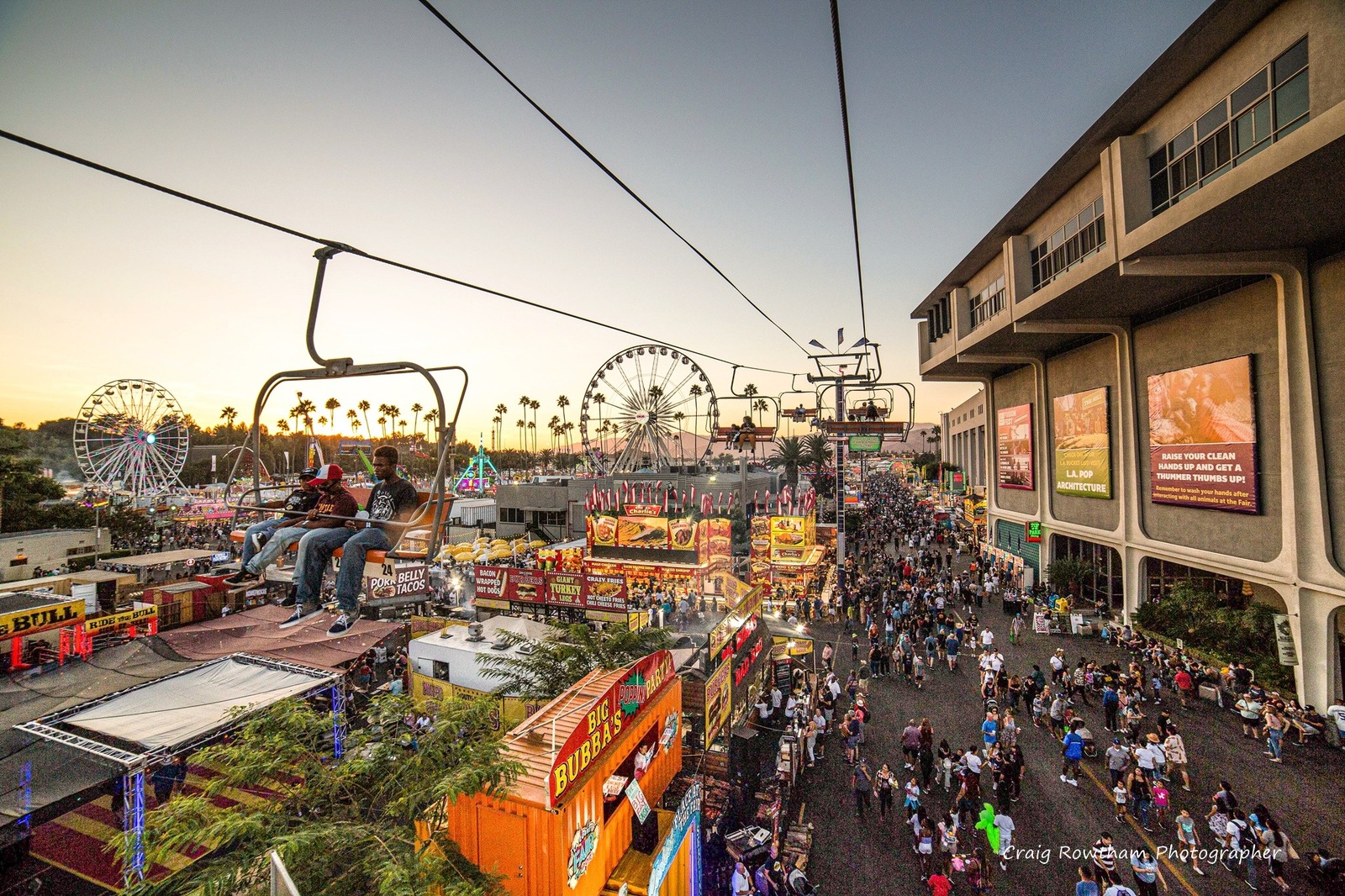 For all of these reasons, September fair going – and sweltering – is in the past. According to fair interim chief executive Walter M. Marquez, “It was a good run.” He notes that not many other fairs can cite such a successful event as the LA County Fair in a consistent time for so many years.

The move had often been considered in the past, but scheduling conflicts for carnival operators and food vendors had made LA County hesitate. June and July are busy months for vendors who work other area fairs such as Orange County, San Diego, and Ventura.

The May move will position the LA County Fair as the first of the season, making it more of an area-wide attraction as first out of the gate – or perhaps first to draw attendees into the gates.

The two-year pandemic close facilitated the move, allowing plenty of time to alert vendors and operators to assess the changes and adjust schedules. Many long-term commercial vendors agree with the move given the prevalent hot temperatures.

The fair's run will celebrate all the May holidays in style, with a fiesta scheduled for Cinco de Mayo, a Mom-centric honoring on Mother's Day and an All-American BBQ for Memorial Day weekend. With the public-school year ending and families looking for initial fun outings, the fair seems poised to ride a Big Wheel of success as it begins its 100th season.

Marquez asserts “What better way to celebrate these family-oriented occasions?”

Los Angeles County Fair Associations board chairman Heidi Hanson adds “We look forward to welcoming guests back to our campus to rekindle memories, establish new traditions and experience the Fair we all love – all while enjoying the pleasant May climate.”

While the pandemic derailed the fair for the first time since the 1940s in 2020, and again this year, for 2022 it should be right back on track and full, albeit cooler, steam ahead. And in the meantime, LA area fairgoers eager for a taste of the fair can get ready to eat funnel cakes and far, far more at the September food event to be held on the grounds.