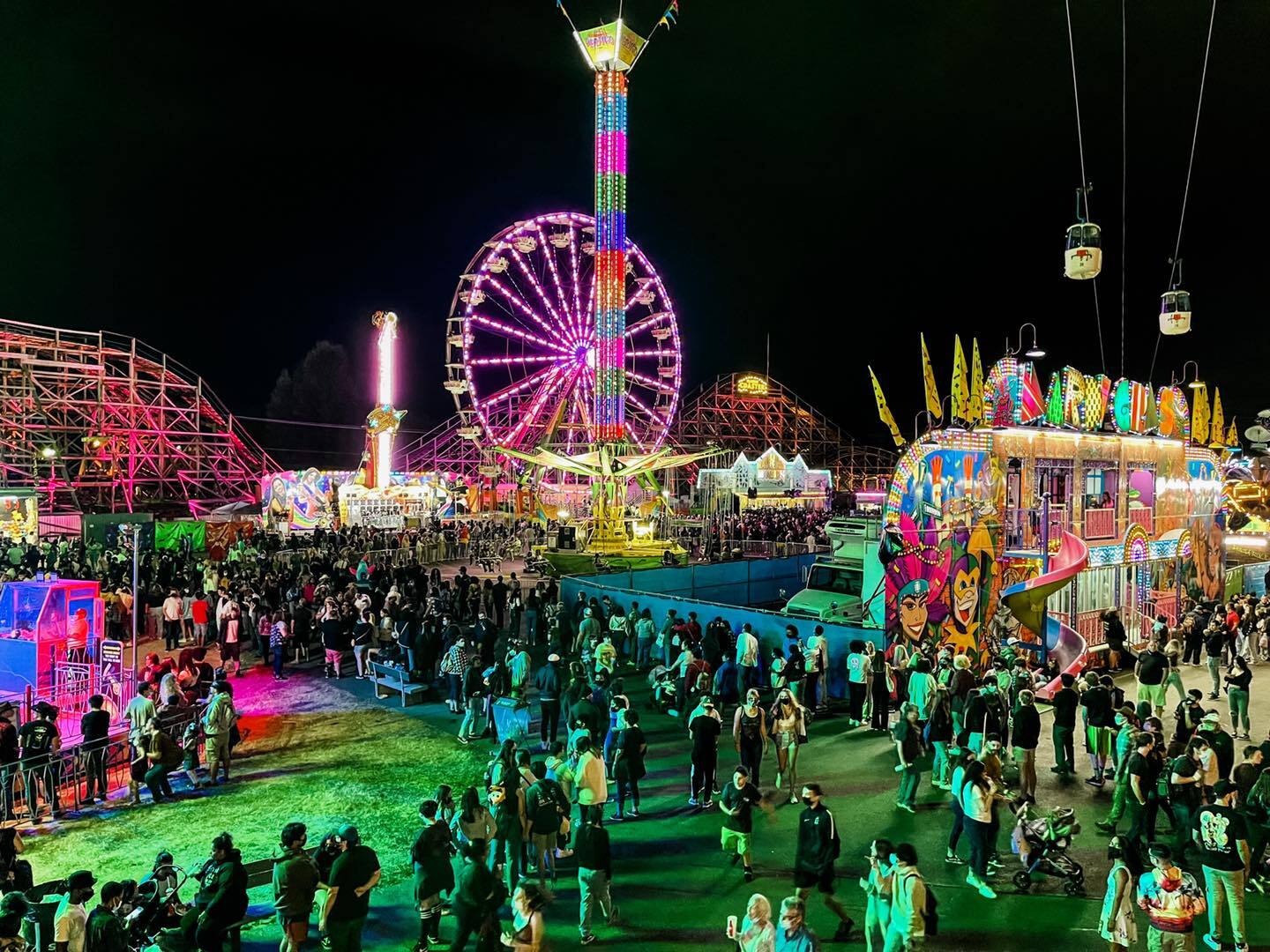 The 20-day Washington State Fair, the longest and largest of the state fairs in the Pacific northwest, despite struggles with staffing shortfalls, budget cuts and an accelerate planning schedule, was back for 2021. In fact, that exact message led the marketing and promotional campaign that revived this tradition – The Fair is Back!

The Washington scenario was similar to many 2021 state fairs: Spending upticks, attendance downticks and a trial-by-fire, stress-ridden planning process that resulted in a successful event that reinforced the positive role a fair has with the community it serves.

Attendance dropped 20 percent, to approximately 816,000.  “But per cap spending was up,” said Stacy Van Horne, Public Relations Manager, Washington State Fair. “We had revenue increases in all areas including rides, games, food, alcohol, and concerts. This reflects our guests wanting to be back, to celebrate and make new memories. Providing joy and smiles, and supporting the positive mental health so many have needed, is why we do this.”

The fair tested the live outdoor waters in April with a Spring Fair, a weekend event that was a hybrid of drive-thru food and a limited midway before they received a clear go-ahead to plan.  “We planned the State Fair in two months, because we didn't know if we were going to be able to have the f2air,” said Van Horne. “It made it tougher than having a year to plan. The hardest parts were getting enough staff and supplies, entertainment booked, etc. Not only because of the short time frame, but because of the supply chain and staffing issues that happened nationwide because of the pandemic.” 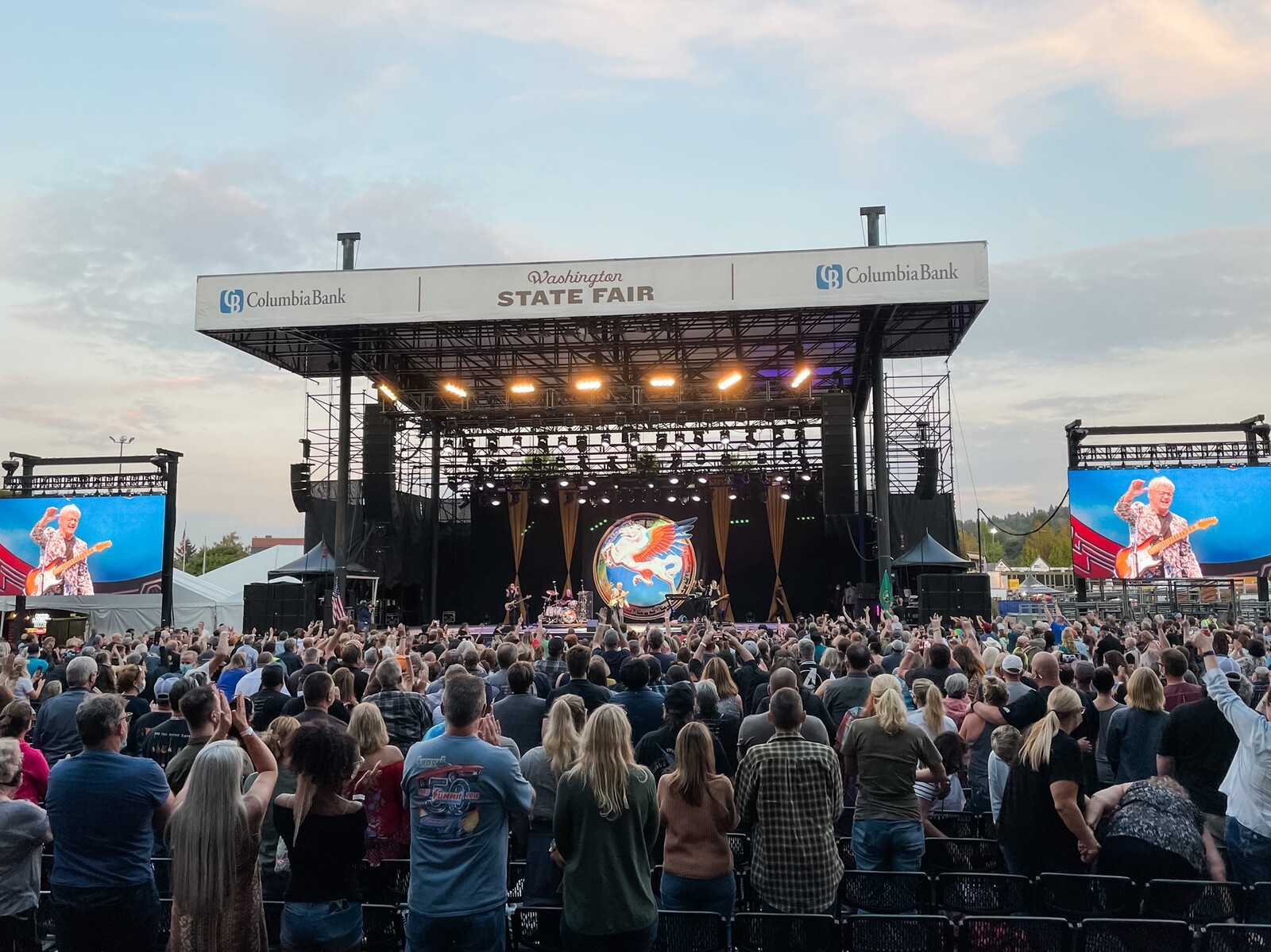 The labor shortage was most acute on the midway, which is provided by Funtastic Rides. Ron Burback, owner of Funtastic Rides subcontracted for upwards of 70 workers from Ray Cammack Shows for the run of the fair. “ We didn't know if we could stay open, we were very short of crew, but our dear friends, we couldn't have done it without Guy and Charlene Leavitt, sent us 70-to-80 people. We flew them in, put them up in motels. They were excellent workers.”

According to Van Horne, there were about 68 rides,  down about 10 percent from 2019 as well as nearly a dozen fewer games. The reduction was due to both the labor shortage, but also stringent social distancing guidelines. “They wanted more open space so my son, Ronnie, who is the midway manager, changed our layout, and she switched some  larger rides for smaller rides,” said Burback.  “We had to keep people from not being too jumbled up.”

Even with the contingency help, the midway was shorthanded and workers were rotated, which created downtimes for some rides and games and people waiting on line longer. “The people didn't complain at all,” he said. “It worked out surprisingly well.”

According to Van Horne, compared to 2019 midway revenue was up 25 percent for rides and 29 percent for games.

“Spending was excellent, we had a very good run,” said Burback.  “It's been that way all summer long. I'm very thankful for this season, it could have been a disaster, but the problems with no help made it very hard.”

Nonetheless, having this iconic Northwest return was worth the stress. “There's no other fair like it,” said Burback. “It's a marvelous fair. They have a great team to work with and their board of directors, they have a lot of business people on it and they know how to operate a fair. It's a very consistent fair, people came rain or shine.” 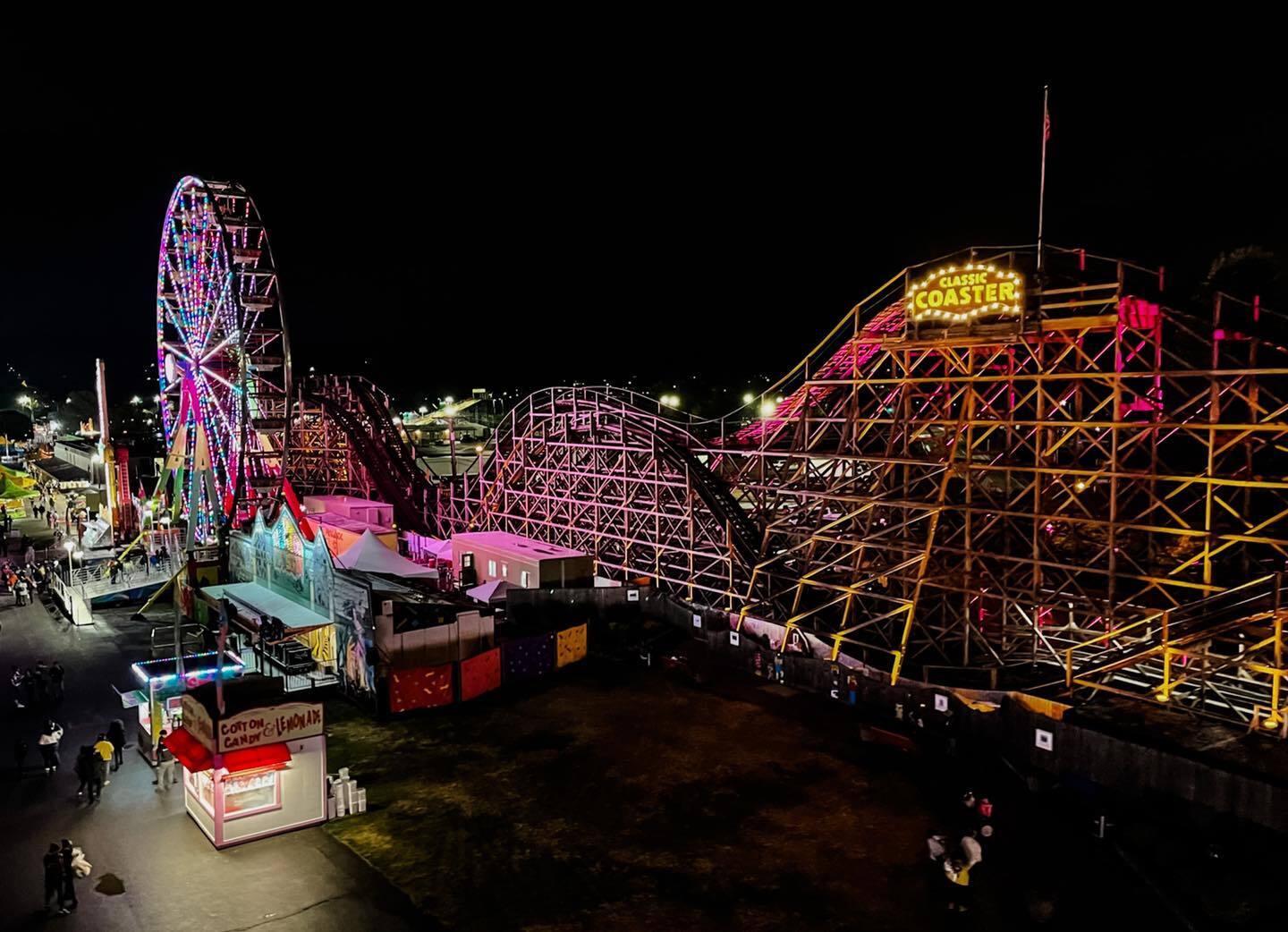 
The fair had 25 percent fewer vendors, the drop-off due to “various reasons, but that helped us to space them out a little better for safety purposes.  There were 84 food vendors, with the new additions this year being “meatballs, bubble tea and an authentic Mexican cuisine,” said Van Horne.

The biggest seller for the Washington State Fair was its signature cuisine – Scones. “Always scones,” she said. “That's the number one food this fair has been known for, for 100-plus years.”

While all of the strolling and ground acts contracted for 2020 were rolled over to 2021,  only  “ half of our Grandstand concert artists were supposed to perform in 2020 and we were able to reschedule them for 2021,” she said.

The marketing budget for  “The Fair Is Back!” campaign was reduced by 30 percent, but how that impacted outreach is problematic in a year like no other.  “we still did a lot on digital including social and it was an odd year where mandates and restrictions kept changing so it's going to be hard to gauge how much direct marketing played a part in whether people came.”

Social media however, drove the marketing this year. “We added a Tik-Tok account to appeal more to a little bit younger demographic and/or the demographic that prefers quick video as their platform. We continued to do a lot of stories on Instagram and not as many static posts, which is the trend on that platform.”

The fair coincided with a delta variant induced increase in COVID cases in Washington State Fair.  In the weeks leading up to the fair, some health officials, including the head of the Tacoma-Pierce County Health Department, who publicly opined that the fair being held “was not a good idea.”

Instead of forcing a cancellation, the department enforced stricter guidelines, such as more space between rides and vendors and an additional 36 hand sanitizers. A masking mandate – both indoors and outdoors – for all patrons, as well as workers and volunteers – was reinstated and strictly enforced.

In fact, the Washington State Fair had  one of the strictest masking requirements of any 2021 fair. “We required masks at all times other than eating and drinking, and the hiring of extra security to enforce the mandate,” she said.

And the fairgoer response to the reinstated mask mandate? “Mixed reviews,” she deadpanned.

But, the planning paid off, No COVID cases were tracked back to the fair. “We had ZERO outbreaks,” she said. “We would've been shut down if so. The Health Department closely monitored us.”

The bottom line though, in an environment where a last minute cancellation loomed large, the marketing tagline was proven true – The Fair is Back! “We truly didn't know what to expect, with the ever changing mandates and COVID numbers. We are very happy and proud that we pulled off a successful and safe fair.” 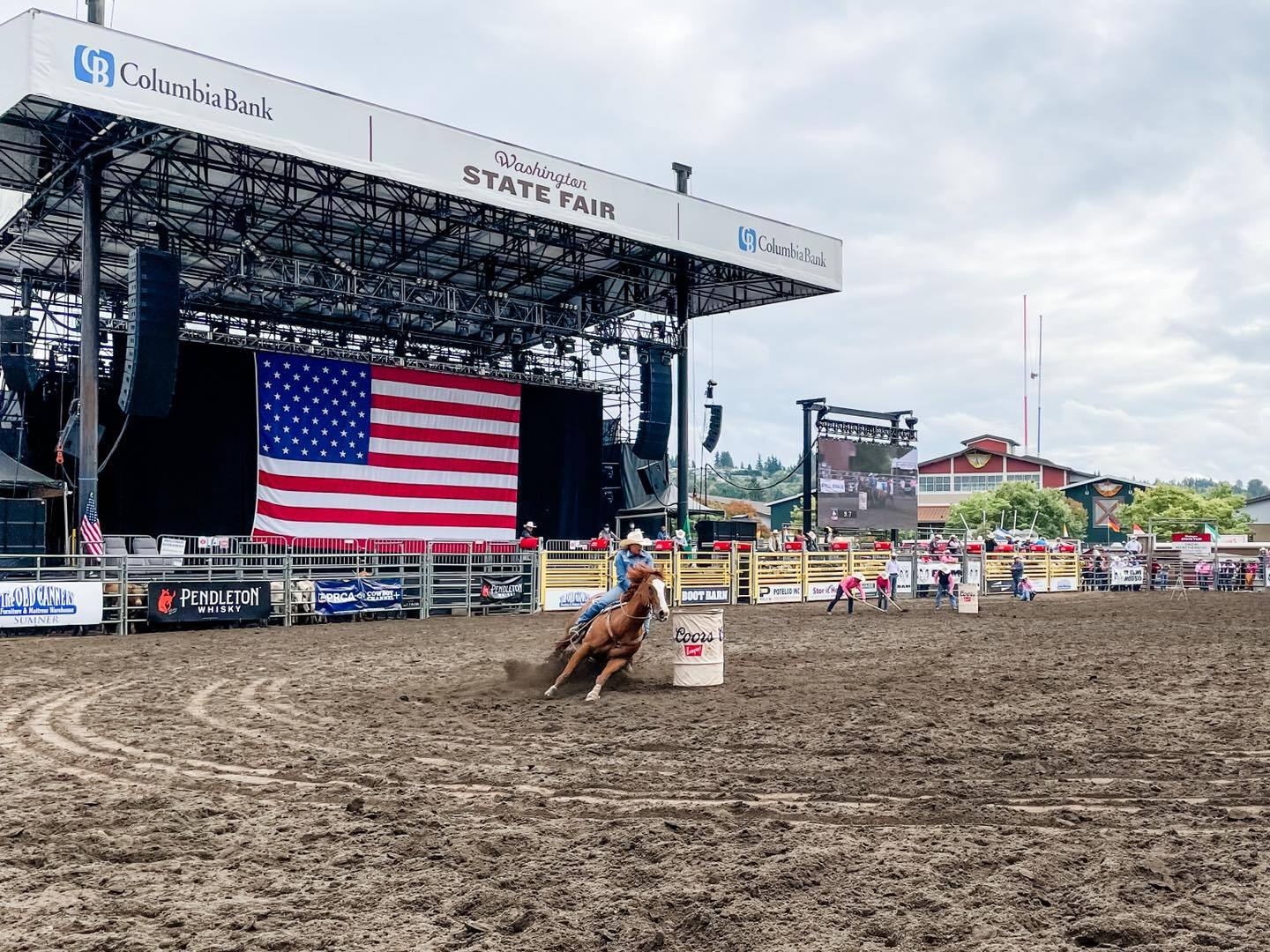