Texas Fairs back to business in 2021 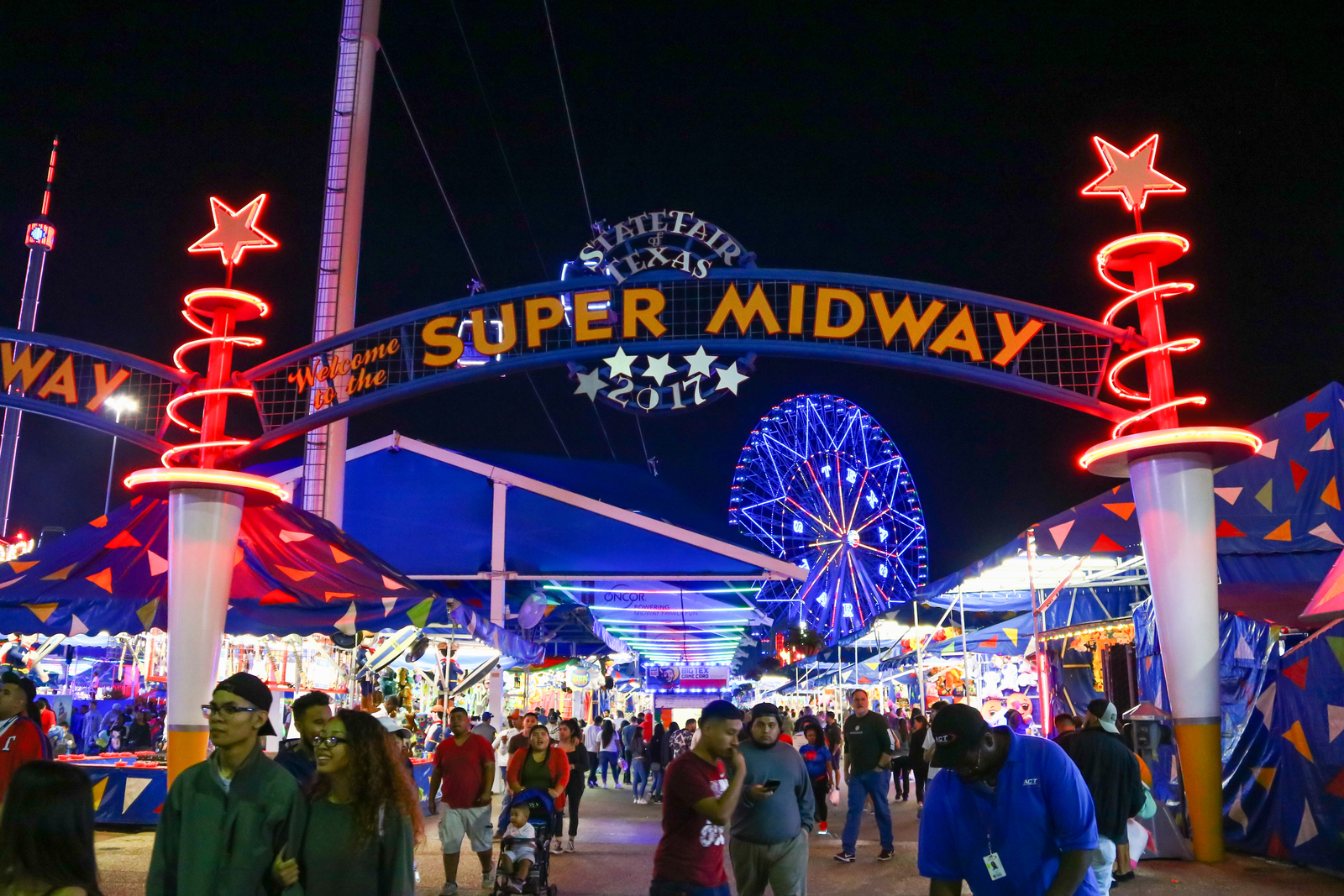 From the mammoth State Fair of Texas to smaller country fairs, Texas is ready to rejoin the fair and carnival circuit in 2021 after a pandemic year of closed, drive-through, or virtual events.

Celebrating its 135th year, the State Fair of Texas is scheduled to run September 24th through October 17th.  Last year, a drive-through food parade was the only taste of fried foods and exhibitions that the event could safely mount, but this year, according to spokesman Karissa Condoianis, the reopening is in the works with “an optimistic and measured approach.”

A tradition will be marking the occasion in the form of Big Tex, an iconic figure that stands 55-feet-tall. The fair features over 70 food concessionaires, carnival, livestock, exhibit halls and more.

Admission will be $18 for adults, $14 for seniors, who will also have a chance to attend on free days, which in the past have been held every Thursday. Located in Dallas Fair Park, free musical concerts with national and regional acts, an auto show, and midway attractions such as the Texas Star Ferris wheel, the largest in Texas, and the 500-foot Top O'Texas tower. The rides are run by Talley Amusements.

Last year's cancellation was a big hit to the fair which had $66 million in revenue in 2019, and only $4.4 million in 2020. To recoup and thrill fair goers, while staying safe, Condoianis hopes to bring the fun and excitement back in full.

Earlier Texas fair events include the Galveston Country Fair and Rodeo April 16 to 24, a nine- day event that includes livestock competitions, carnival, rodeo, food concessions, live music and both a seafood and barbecue cook off. Admission ranges from $1 to $15.

The Hunt County Fair and Livestock Show in Greenville is scheduled to run from April 23 to May 2nd. The event began in 1967, and today includes agricultural and educational programs and over 20 carnival rides, as well as a musical program that includes country, rock and mariachi performers as well as an open mike night and Karaoke. Livestock events focus on swine, goats, steer, and lamb and include a Buyer's BBQ. Adult admission is $10 before 8 p.m. and $20 after; kids are $5 all day; carnival ride armbands from Tally Amusements are good for all day fun and range from $20 to $30 by day; $5 off with two canned goods on April 27th; and free gate admission with armband on April 26.

Just across the state line, the 114th State Fair of Louisiana sprung up for eleven days from April 29th through May 9th. The fair ran as a rescheduled version of the canceled 2020 fall outing for fair organizers; they will immediately move forward on the 115th fair scheduled to open October 28th of this year. Two fairs in one year is a first for the fair, which was only canceled once prior to 2020's shut down, and that was for the influenza pandemic of 1918. Fair organizers hope the double fairs this year will help to recoup the significant losses the event's shut down last year caused. Annual attendance hovers around 425,000 and created a minimum $24,000,000 economic impact on the state. The event is known for its impressive collection of top national and local food vendors. Crabtree Amusements runs the midway which prices wristbands this year at $35. Free concerts include appearances by acts such as Tone Loc and Nashville South. Masks will be required; hand sanitizing stations are located throughout the fair; and social distancing will be encouraged.

Back in the Lone Star State, the Montgomery County Fair in Conroe, Texas opens April 9th and runs to April 18th; the tongue in cheek theme is “More than Cows.” Annual attendance hovers at 80,000. Admission is $10 for adults, and $5 for kids. The rodeo will be limited to 3000 attendees each night; tickets are $2 to attend. The carnival midway comes from Crabtree Amusements, and this year featured cash and token-less rides, games, and food. Armbands, priced at $30 for a day's unlimited use, were reloadable via a smart phone app, or on-site kiosks. This year marked the fair's 64th celebration.

Fiesta West Texas ran May 6 through 8, with concerts such as Siggno La Energia Nortena; a sea lion show, folk dancing, a car show, rodeo, the Circus of Americas, and a carnival midway. The event will be celebrating its 25th year at Ector County Coliseum in Odessa. It's billed as the largest Cinco de Mayo Celebration in West Texas. Swifty Swine Pig Races are another part of the fair fun. A 3-day pass is $45. The carnival will be presented by Heart of America Shows. 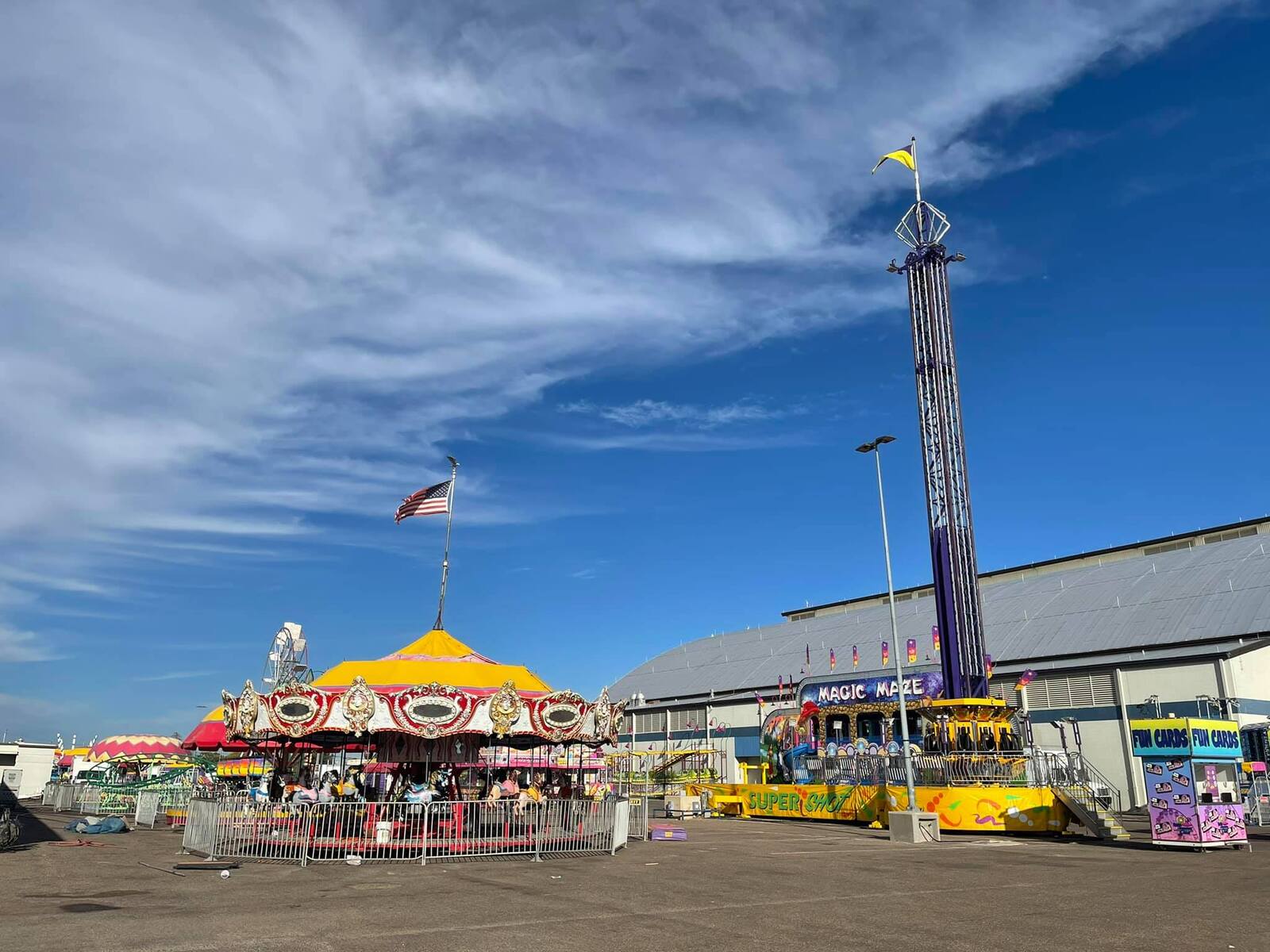 Later in the summer, the Midland County Fair in Midland with the theme of “How the West was Fun” opens August 26 and runs through the 29th. Tickets will be $5 until 5 p.m. when the pricing changes to $10 on Saturday. Celebrating its 12th year, the fair offers 34 carnival rides from Wright's Amusements with unlimited ride wristbands at $30.

Running September 24 through October 3rd, the East Texas State Fair promises a carnival with thrill rides like The Tornado and The Freak out from North American Midway Entertainment. With a food row that includes everything from Cajun to Mexican cuisine, gator and fries, turkey legs, and pizza by the slice, fair goers will not go hungry. The Sea Lion Splash, Nerveless Nocks stunt show, a petting zoo, and exhibit halls from photography to horticulture are included in the event attractions as is a Hay Show & Auction. Livestock from rabbits to Brahman steer will play a significant role at the fair. The fair will celebrate its 105th year; attendance ranges  between 250,000 and 300,000, and is located in Tyler, Texas. Tickets are $10 for adults, $6 for children.

Also in the fall: The Titus County Fair in Mount Pleasant runs September 29th through October 2nd with a theme of “Red White and Blue Our Fair's for You.” A livestock show, carnival, musical events, and commercial exhibits are back after 2020's closure, and promising family fun. Attendance reaches up to 5,000 fairgoers. Admission is $8 for adults, and $5 for kids. Ride armbands are $25-30 depending on the day of the week, and the midway is provided by Crabtree Amusements.