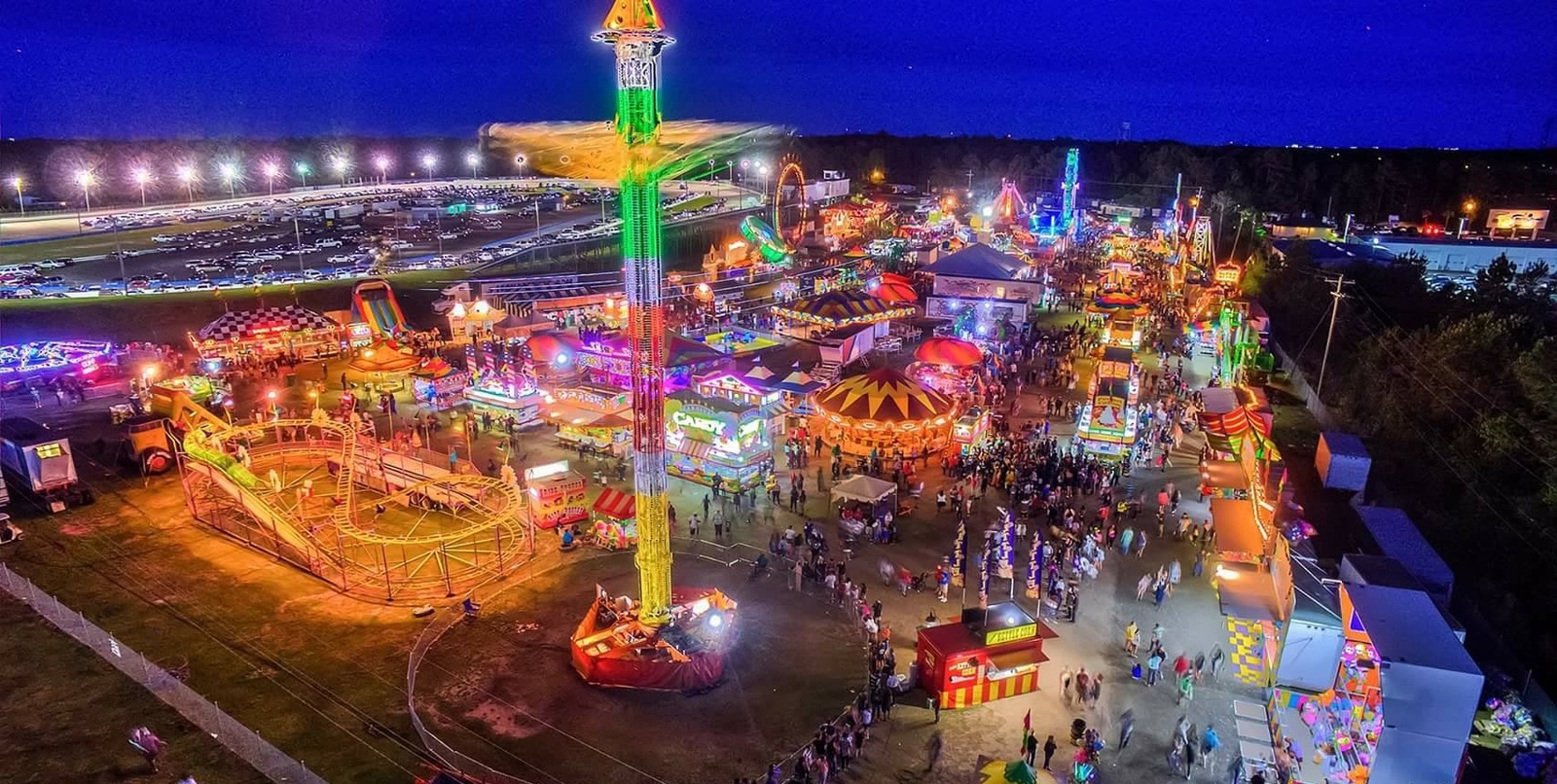 As one of the oldest, family-owned carnival companies finally sets up for one of its first dates of the pandemic season, Jimmy Strates of the James E. Strates Shows is ready for the new normal. “Well, it may be new but there's nothing normal about it,” he said, jokingly.

But the bottom line is that finally after three months in lockdown at its winter quarters for about 3-1/2 months, the company is setting up a midway for the Horry County Fair – a South Carolina event rescheduled from March which now opened on July 3.  “It's good back on the road, I feel happy but there's a lot to do, it's a very different midway,” said Strates.

The fair is the first stop of his reopened, limited route. With the spring leg of the season totally obliterated, including such peak holiday weekends as Easter and Memorial Day, to be able to actually work on the peak-summer, Independence Day holiday fair was nothing less than a blessing.

For the rest of the summer – while much uncertainty remains, there are a few bright spots. Some August events, such as the Erie County Fair, one of the largest fairs in the northeast and a fair the Strates Family has played since the early 20th century, cancelled their 2020 events, there are enough smaller scale events to cobble together a limited pre-Labor Day route. The confirmed route consists mainly of county fairs, such as the Danville County Fair where Strates provides the midway – as well as fairs where it's an independent midway and the company only has a limited footprint, such as the Meadowland State Fair in New Jersey, where due to the reopening stages of the Garden State, the opening day of the event was pushed from July 4th weekend to later in the month.  Unfortunately, after the interview was conducted, the Meadowlands Fair announced their 2020 event would also be canceled, leaving a hole in the Strates route.

There are enough dates that haven't cancelled, but will they or won't they is simply too soon to tell. “We have dates into the fall, but I think that fairs are using as a thermometer things like Disney opening, and the Horry County Fair opening, as indicator,” he said. “If it's successful, then we know we might be okay to open. These fairs are paving the way, and it shows the direction we can head, for the rest of the season, that we can open up a responsible midway.”

In fact, in many respects, the midway at the Horry County Fair is the test case. The footprint at the Horry County Fair is slightly larger in terms of space, allowing for more effective social distancing and increased sanitizer dispenser units. There are hand sanitizing units using 55 gallon drums of sanitizer at every ride and throughout the midway. Strates said his staff has been on the fairgrounds re-measuring ride placement and layout in order to adhere to CDC guidelines, and the guidelines issued by local authorities.  Before each day, employees have to report if they have any symptoms and their temperatures are taken with touchless thermometers. Any sign of illness and the operator is not permitted to work.

For those on the job, face masks and'/or face shields are required as are other PTE, such as latex gloves. The rides – the 2020 Horry County Fair ride inventory will be slightly smaller, will have at most a handful of rides eliminated and those remaining will be positioned further apart to enable safer queues. All riders will be six feet apart. “If a rider is not part of a family or group, they will go into another tub,” he said. “All groups will be separated in the queue and after each ride circle, each unit will be washed with a disinfectant solution of Clorox and water, and we will stagger the loading and probably run fewer cycles each day.”

Similar cleaning guidelines, masked and gloved workers and the minimization touch points will be in place at the food and game stands. The most problematic area – although resolvable – will be at the concession's transaction points – “anywhere there's handling of food or money there's a higher risk” – but for the rides, “this shouldn't be a problem, since it's a big wristband fair.”

Fairgoer safety is the highest priority, and getting the fairgoers to comply with social distancing and other restriction is an unproven factor. “We will encourage face mask wearing on the midway, but I am not sure how the fair is going to enforce that. We were headquartered in Florida, and they are very strict, especially now with the COVID-19 cases spiking again,” he said. “But in Horry County, it's a different culture. In public places, there are a lot of people out not wearing masks; I don't think it's mandatory. It's a different culture up here and we will follow the community standards.”

One standard is that masks on the fairground will be recommended, but not required.

Strates added, “We're working under new limits, but it's a very viable option. We keep our guys healthy and we keep our crews working. Will the people show up?, that's the big question?”

The Horry County Fair being only delayed, not cancelled, actually caused some conflicts in the community, with many pointing out the event is being held when COVID-19 cases are spiking in the state.

A Horry County resident was quoted in the local press: “My concern mainly is for the health and wellbeing of our community. We're already in a position now with the influx of tourists and the evolution of COVID-19 that we're seeing it steadily increase to the point where we may not even be able to return to school full time or even part-time… I think, obviously, each family here in Myrtle Beach, local residents or visitors need to make the decision that's best for them or that they feel is wise for their family, but I feel it's very irresponsible of our local leadership to allow the fair to continue given the fact that COVID is steadily increasing here.”

Steve Zacharias, general manager of Myrtle Beach Speedway, reassured the community that the fairgrounds are as safe as can be, but warned that individuals also had to act responsibility. “Just do your part,” Zacharias said. “Don't come here in groups of twenty and don't get near groups of twenty. We had a meeting with DHEC (Department of Health & Environmental Control) the other day to talk about the things we need to do. They agreed with all of the things we are doing, and they told us they didn't get any recommendations outside of what we said so they felt comfortable with what we're pulling off, so I feel comfortable and confident that we can do our part.”

Finding a comfortable middle ground where events can go on with safety precautions in place is a scenario playing out throughout the U.S. during July, where the slowly reopening economy includes the fair industry. “It seems the Republicans want to open up right away with no precautions and the Democrats don't want to reopen at all until there's a vaccine,” said Strates.

“The problem is that businesses don't have unlimited funds to not work. I think there's a reasonable compromise where we can run a safe midway.  But will the people turn out?, that we will see.”