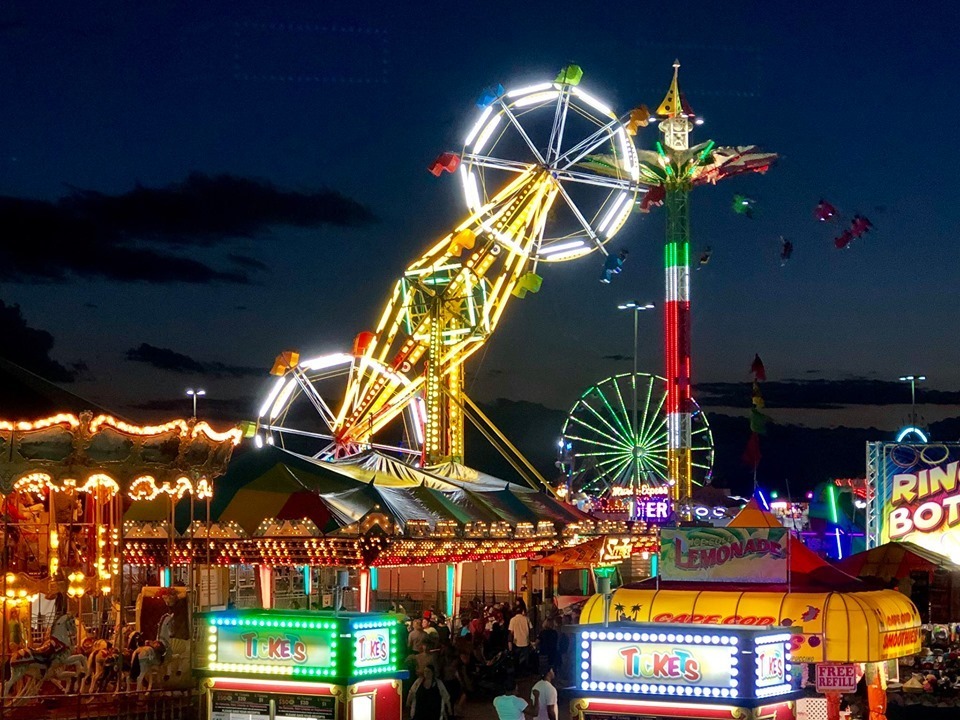 During the first weekend of the Erie County Fair, James E. Strates Shows announced that it had broken the all-time, single day gross revenue record. Breaking a revenue record is welcomed news for any midway at any fair, but few carry the historical significance of this 2019 highlight.

Why? Also this year, Strates Show celebrated its 95th year as the Erie County Fair's midway provider, believed to be the longest running fair/carnival company contract in the industry.

“We recorded three, all-time high ridership days,” said John Strates, Operations Manager, Strates Shows. “Since 1924, when my grandfather James E. Strates first brought his show to the Erie County Fair, the show has never had a three-day run like the one we experienced. To say we had the biggest day in our history during our 95th year makes the milestone even more special.”

The 2019 edition was the 180th Erie County Fair. The Strates Shows “mile long” midway includes 67 rides and over 100 games & concessions. New rides included the return the return of the beloved “Sky Wheel” – the refurbished double Ferris wheel –  and the addition of several spectacular rides including the Claw, Frisbee, Avenger and  Crazy Mouse rollercoaster.

“People loved the Sky Wheel” said Jessica Underberg, Chief Executive Officer & Fair Manager, Erie county Fair.  “It was a great to celebrate their 95th year. Whether or not people rode the ride or not, it was neat to see on the fairgrounds. “

In addition to new rides, a new Strates Shows “guest relations” booth had its midway debut.

The record-breaking midway was topper for what was an extraordinary fair. The all-time attendance record for the Erie County Fair was shattered when the final 2019 attendance figure of 1,238,456 was announced. This number represents a 3.3 percent increase from 2018 and makes 2019's number the highest attended Fair in the history of the Erie County Agricultural Society. The previous all-time record was achieved in 2014 (1,220,101).

“The weather it seems was good and as the saying goes, if you have good weather, you will have a good fair,” said Underberg. “We had great weather. Also, to get the kind of attendance we did the economy has to be doing really well. I don't really follow the economy, but people have been saying and everything I've been hearing is that the economy this year is much better.”

Multiple Visits
Underberg, who has been with the fair for more than two decades, was promoted to the top stop in 2017 and this was her second year in the captain's chair. The fair has notably improved its fairgoer and customer satisfaction survey and tracking systems and this year found a striking, although positive trend. Of the attendees – 27 percent come more than once, 24 percent come three to five times, and 12 percent come six or more times.

“More and more people are coming more than once,” said Underberg. “You want to have a fair where you can't see and do everything in one day.”

Another factor fueling multiple fair visits is to offer a range of promotions, including $3 an $5 admission days, free admission with canned food days (a reported 52,968 Pounds of canned goods were collected, benefitting FeedMore WNY) and a Taste of the Erie County Fair promotion, where food vendors offered $2 samples of a range of fair cuisine.

“People love the outdoor fair experience,” said Underberg. “When I talk to people, especially those who come back multiple times, it's about the guest experience. They come here and have a good time, they become a fair person. That's more important to me attendance numbers.”

The fair also changed up its entertainment and entertainment scheduling, ranging from scheduling strolling acts for different days – fair publicity claims 541 separate performances by free acts took place at the fair. Other new additions for this fair included Drone Racing –  the Erie County Fair was the North American stop for an international drone racing competition that include contests in South Korea, Spain and Hamburg, the expansion of the I-HUB exhibit, a STEM, interactive educational exhibit that had local tie-ins with engineering and manufacturing companies, a revamped Under the Big Top Circus, new Grandstand Entertainment and a model train exhibit in the Agricultural Grange Building.
“We weren't afraid to try something new,” she said.  “We changed up a lot of the entertainment. We wanted this fair to have a fresh feel, a fresh look, and a good vibe. We wanted to bring the awesome.”

To ensure this happened, the sophomore fair manager held an extensive planning meeting with both the board and fair staff. This meeting may not sound unusual, except Underberg had both segments of the organization meet together – at the same place and time. Often the fair manager acts a liaison between board and staff. Instead, this meeting was a thoughtful, in-depth conversation that ranged from the conceptual to in the weeds, nuts-and-bolts practicalities. Each attendee, regardless of title, was asked to come to the meeting with ideas in three categories – something new to add, something old that should be gotten rid of, and something the fair does that should be built upon.

“We hashed out everything about the fair,” she said. “Everyone listened. All fairs walk the line about what she be changed or added, it's a tough balance for any fair to maintain.”

But maybe the ability to achieve this balance was due to a congenial exchange of ideas by two distinct components of the Erie County Fair. Underberg pointed out that the fair has a “very young staff, and the board has a little more gray hair. I think the board keeps us rooted, and the staff keeps us moving forward.”

Of course one unchanging constant is the fair celebrates summer, a crucial consideration for a region known for the severity of the winters. The fair's  perennial advertising tagline is the 12 The Best Days of Summer, which this year was augmented with a single-word phrase –  Summeriffic. “People associate the fair with the summer, warm weather, cool nights, kid's smiles. We tried our best to create marketing pieces that tied into the summer. Our marketing team got very creative with the colors, using purple, blue and teal.”

The fair expanded its Social Media – Underberg stated that surveys indicated that 65 percent of fairgoers learn about the fair through Facebook, Instagram or Twitter.  The fair also commissioned Noise New Media to promote its Gusto Grandstand shows, which included several sold out and recording breaking attendance for several concerts, especially Gabriel "Fluffy" Iglesias.

A new video promotion was “Ag Insider,” which featured clips from “inside the barns,” focusing on the agriculture aspects of the fair. In addition, a local CBS Affiliated had a half-hour broadcast each day of the fair, entitled Fair Day Life, which showcased what was new that day about the fair.

Food  & Beverage revenue was up 9 percent, with a new Chicken Barbecue vendor – the twist using a vinegar-based barbecue sauce – being a hot new item. Another new fair cuisine dessert was an avocado cookie.

The most noticeable trend was an increase in food awareness – not only were food allergy warnings and gluten free signs more prevalent, but vendors were also offering healthier options. “We asked the vendors to come up with healthier options.” The program was also sponsored by a local Health Insurance Agency, according to Underberg.
In addition, $17,000 was  raised by the National Independent Concessionaires Association and the local vendors at the fair and at the 4-H the youth steer auction. The livestock purchased at the fundraiser was then donated to the local foodbank. 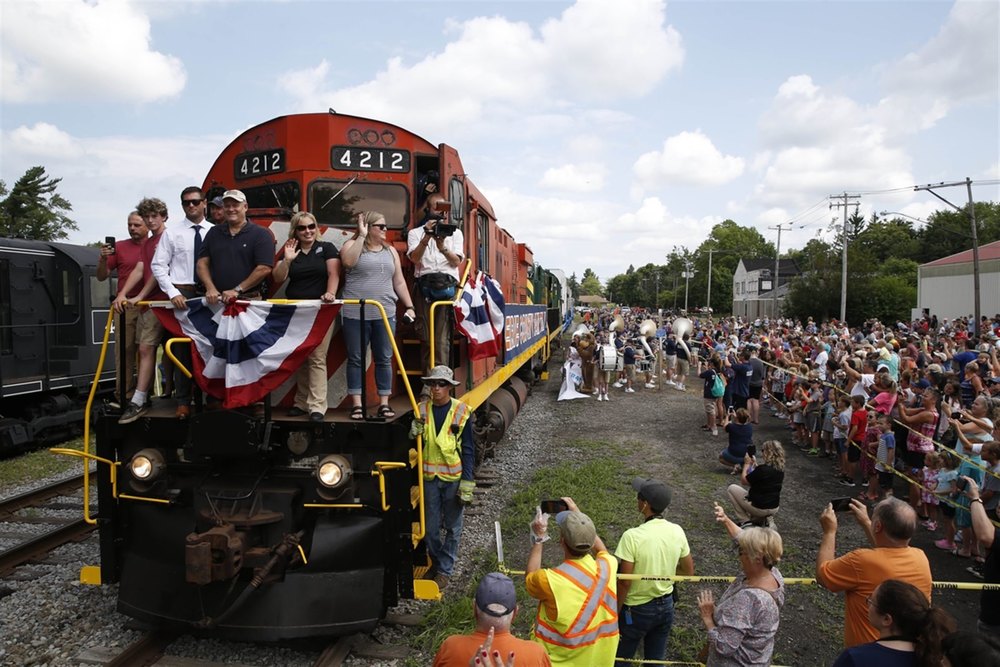 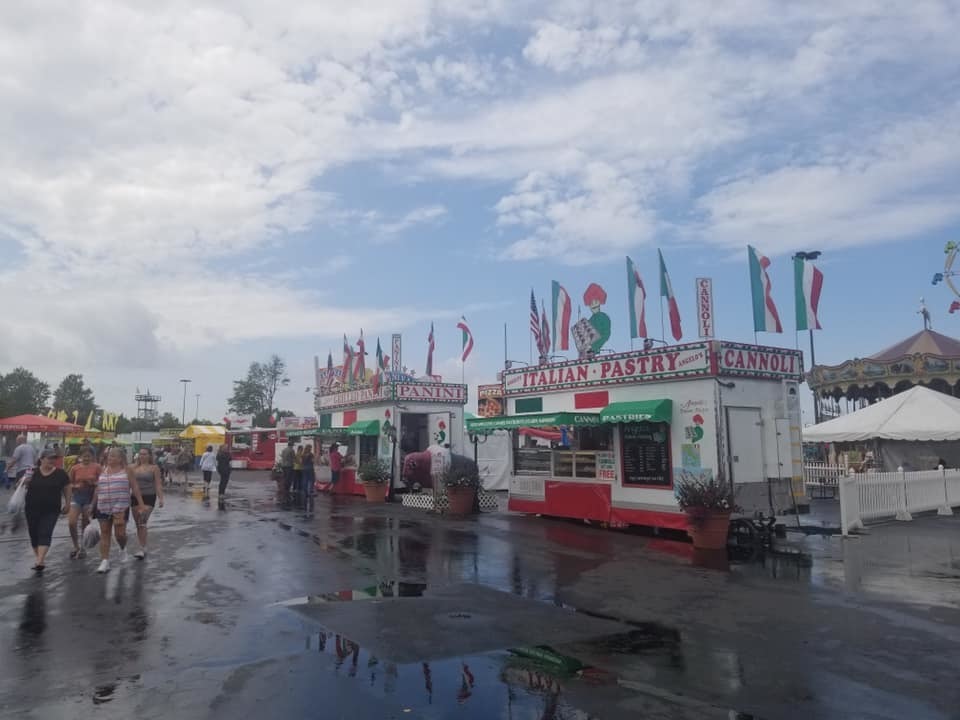 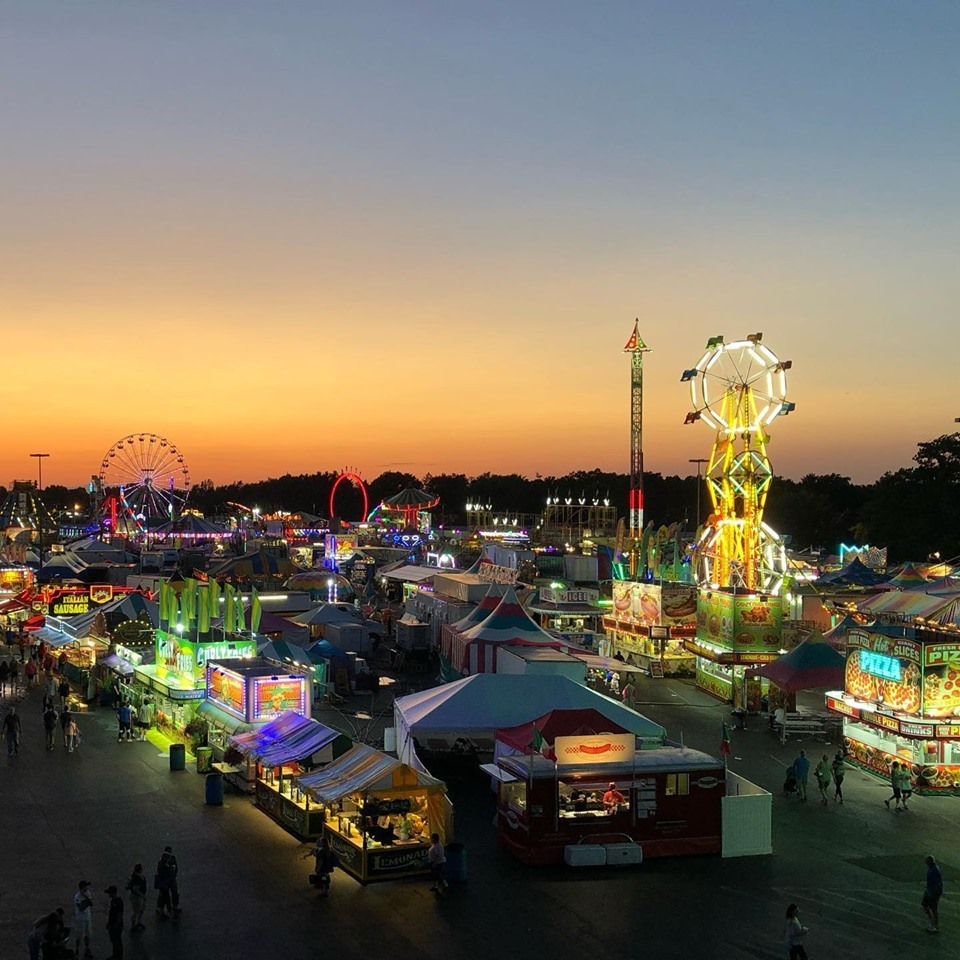 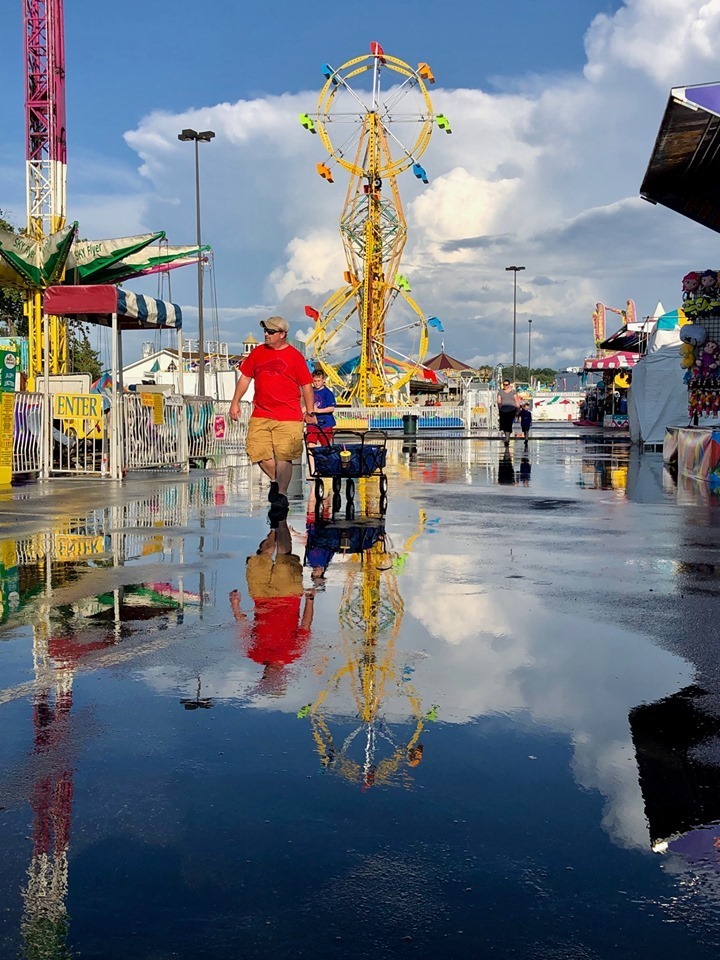 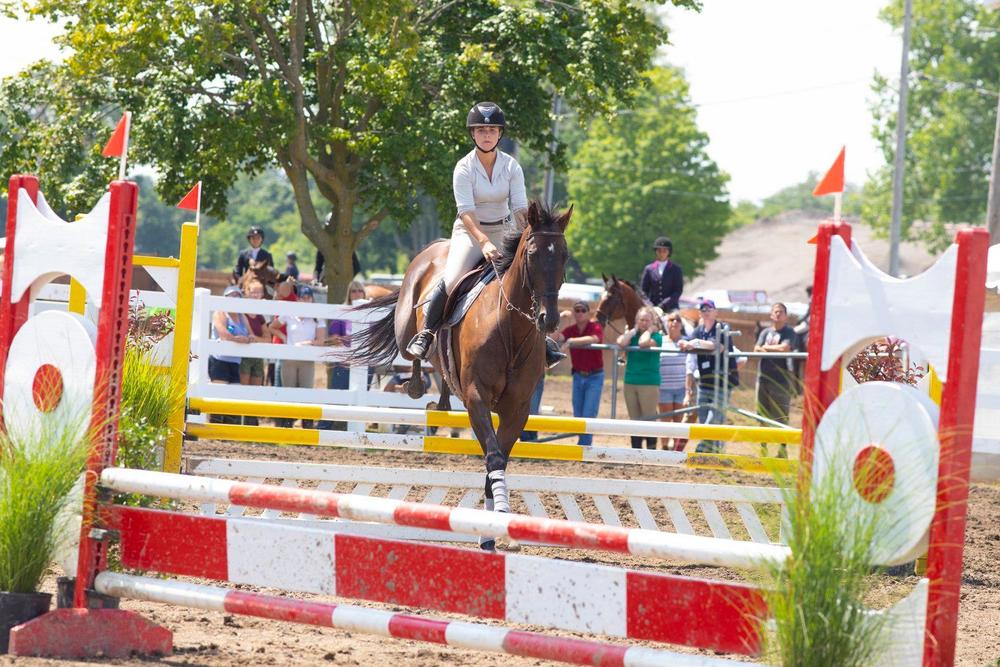 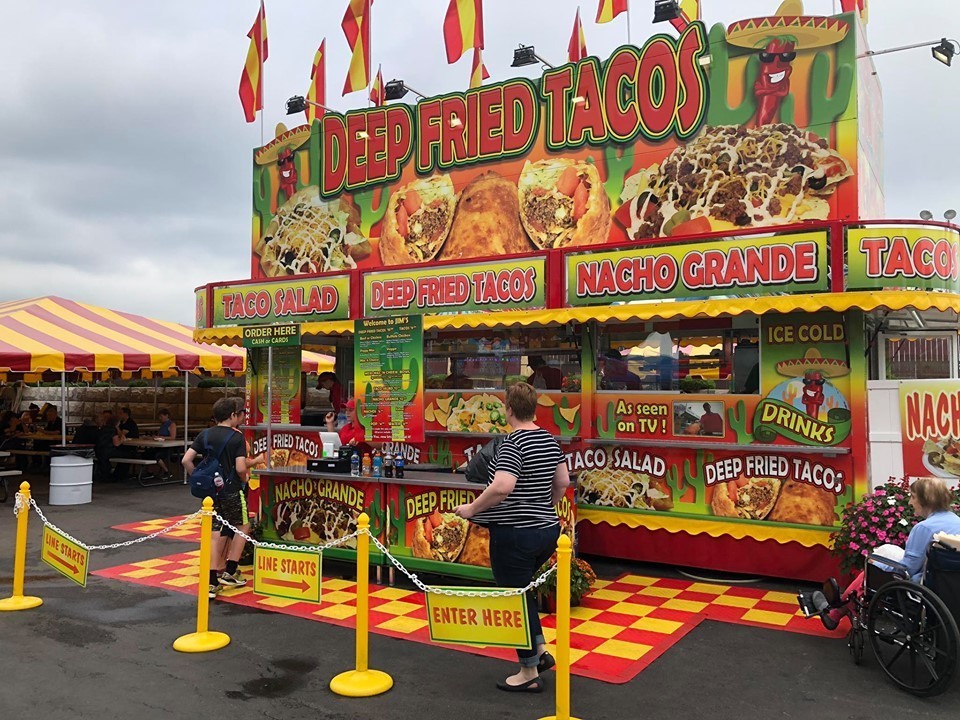 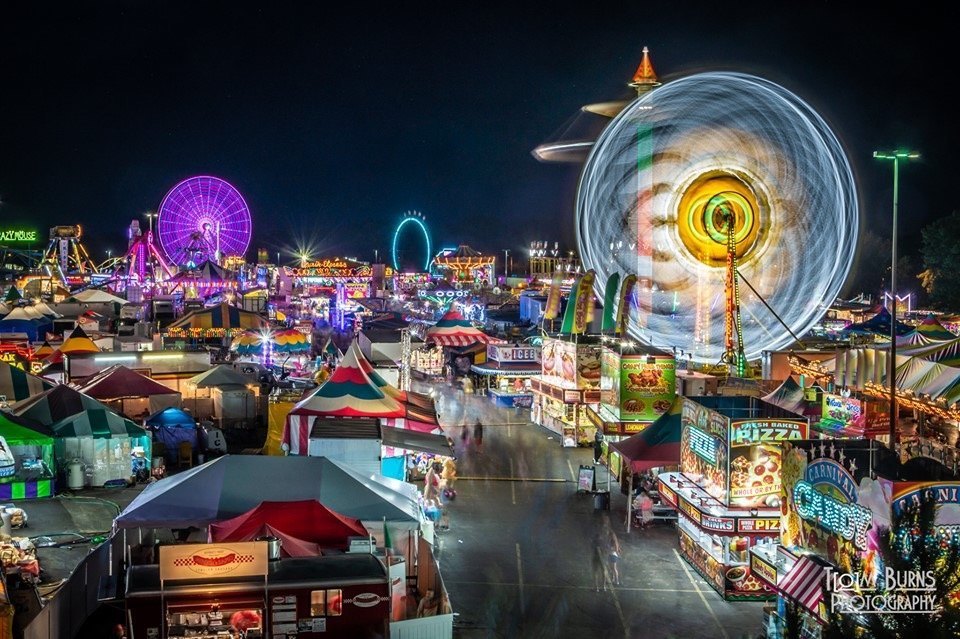 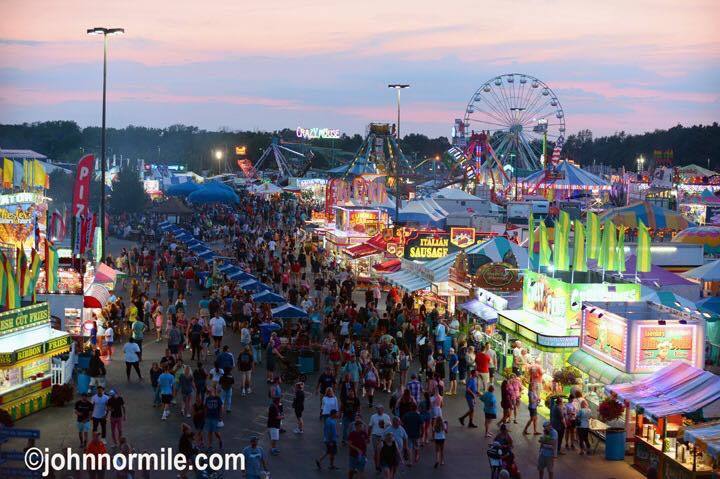