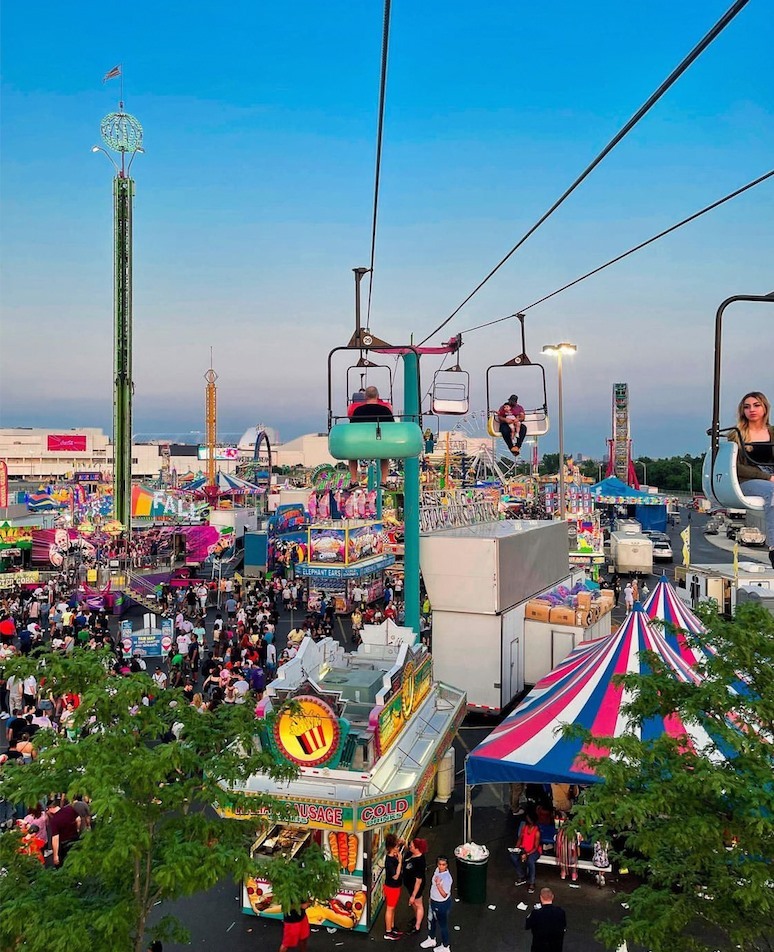 As one of the first large-scale fairs of the summer, many industry observers view the State Fair Meadowlands as a barometer of the fair season, particularly the large-scale Northeast Summer fairs.  The fact that the fair, like the vast majority of outdoor events, was cancelled due to COVID 19, only intensified this year's scrutiny as industry observers search for clues on what reopening entails, and what results can be expected.

The fair was able to add six days, which extended business, but mainly lessened the impact of weather – 13 of the 24 days were rainy days, including severe thunderstorms.  Overall, attendance was up slightly, and the fair did experience a record July 4, but per-caps and spending far outpaced attendance upticks.
“People came with money and when they were inside, they spent money freely,” said Al Dorso of State Fair Event Management. “We opened gates at 2:00 and lines formed and we had lines that didn't stop until 12:30, when we close. We held the gates until 1:30. I am very happy for the concessionaires. They had incredible days, not just the food vendors, but the straight sales and game stands.  It's a been a very tough year for them, it's been a real struggle coming back. They can't get the labor so every owner is working hard. I really feel them, and was good to see their smiles. Food concessions were running out of product, how often do you see that?”

With a few exceptions like mass transit passengers, the state of New Jersey had lifted most of its COVID 19 restrictions before the fair's June opening. The greenlight for the 2021 fair remained unlit until March, but at what capacity it would be allowed to operate would not be finalized. The guidance Dorso received from state officials was to reduce touch points throughout the event, but somewhat ironically, by eliminating  one of the most contact-heavy aspects of fair attendance – ticketing transactions – transformed the fair in ways Dorso intends to make permanent.

Dorso went to a flat-ticket price -- $34.99 – only available for online purchase, and included unlimited rides, entertainment and free parking –young fairgoers under 36-inches were admitted free. Instead of an often 45-60 minute window of time from car to inside the fair, that was reduced to about 10 minutes – for ticket scan and metal detection. “People came in droves and were happy as hell,” he said. “Everything was bought on their phone, dad didn't have to open his wallet once until they were inside. People stayed longer, ate more.”

The ticket sales were structured so that prior to opening day, tickets were sold on a good-for-any-day basis, then during the fair tickets were sold for specific days.  By the  second week, ticket sales became so predictable that Dorso could estimate within 500 people what the day's crowd would be then pass that information along to vendors and carnival companies so they could adjust their inventory and workforce accordingly.

“There were days like July 4 that I knew the crowd was going to be bigger than usual, so I increased the number of security scanners from nine to 14 just to stop any bottlenecks,” he said.  Independence Day can usually be an unpredictable one since many families tend to stay home, suppressing attendance. In spite of the lifted restrictions, many communities who had cancelled last year's firework displays kept the fireworks this year but cancelled or reduced ancillary events, like parades and free concerts.

Their loss was indeed State Fair Meadowlands' gain, with attendance reaching 39,000 – about 4,000 higher than the previous record, according to Dorso. “It was one of our busiest days, I don't really know why. But I did notice more New York license plates that day than other days.” 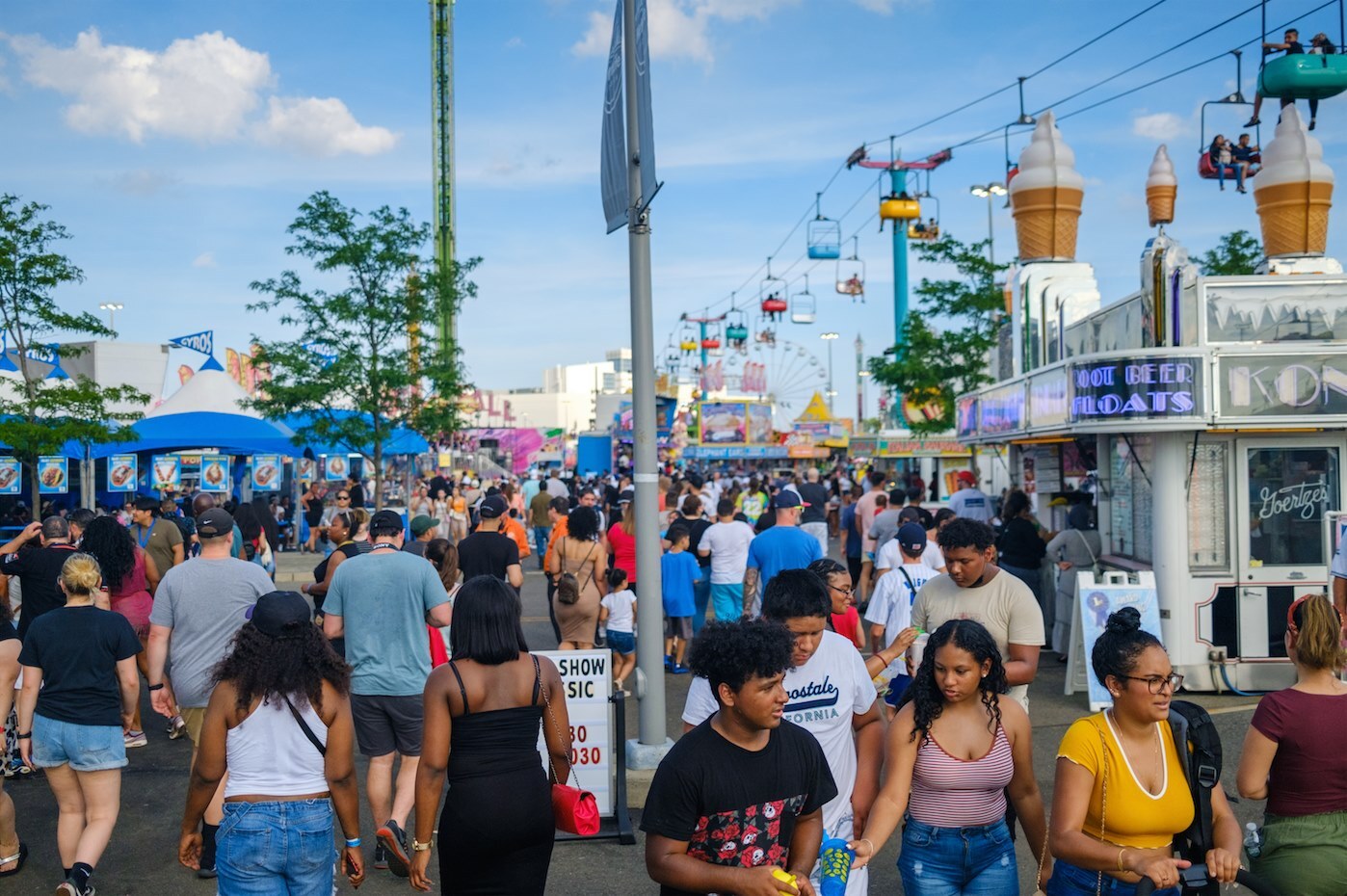 The new system also meant a rethinking of price promotions and other special deals that drove the marketing strategy of previous fairs. “It's a not a year for price discounts, that's not what people are looking for.”

Instead, messaging for the fair – underscored by  theme-park pay one price ticketing structure – emphasized the experiential. The move to the entirely online ticketing also pushed the fair to put more emphasis on its social media marketing.  The other factor in this shift is the complexity of where to advertise in the lockdown era.

Facing the same dilemma many 2021 fairs encountered – how to plan and implement a marketing plan during lockdown conditions unsure of what the restriction level will be and what state of reopening the region will be at come fair time.

Out-of-home advertising was one of the biggest buys for State Fair Meadowlands, but with so many commuters working remotely from home, gears shifted. “We used to do a lot out of home, billboards, bus backs, train stations, but we did not bus backs or train stations, and even the billboards were limited.”

Radio and television buys saw some cuts, but also more targeted placement, such as cable ads in Staten Island and Westchester, which are nearby new markets. Instead, the fair revamped its public relations – press releases and listings on event calendars – and then expanded its social media presence in terms of content, frequency and platforms.

“To be honest, with social media, you're spending 10 cents on the dollar and you're getting more bang for your buck,” said Dorso. “We also spent money with influencers, which I'm too old to know what they do, but it was very effective.”

The advertising budget was reduced by 12 percent, but the social media expansion – once a second thought consideration, in 2021 set the tone and essentially drove the marketing effort.  “You have to know where to spend, and to cover all your bases,” said Dorso.  “I'm reconsidering how much we're spending on other outlets. Maybe I'm spending on radio and television because I feel you have to  dothat, but I'm old and the marketing team I have is young and have different ideas, and those ideas worked.”

One key aspect of the evolution of State Fair Meadowlands is data. By switching to online purchases, the fair amassed a vast customer database, far greater than the customers who had signed up for e-blasts via the website.

“We always tried to get the names of our customers, but with everyone buying online, now for 90 percent of our customers we have their names, but now we have the telephone numbers as well as emails and home addresses of the people who came to the fair, now we can better go after those customers next year,” he added. 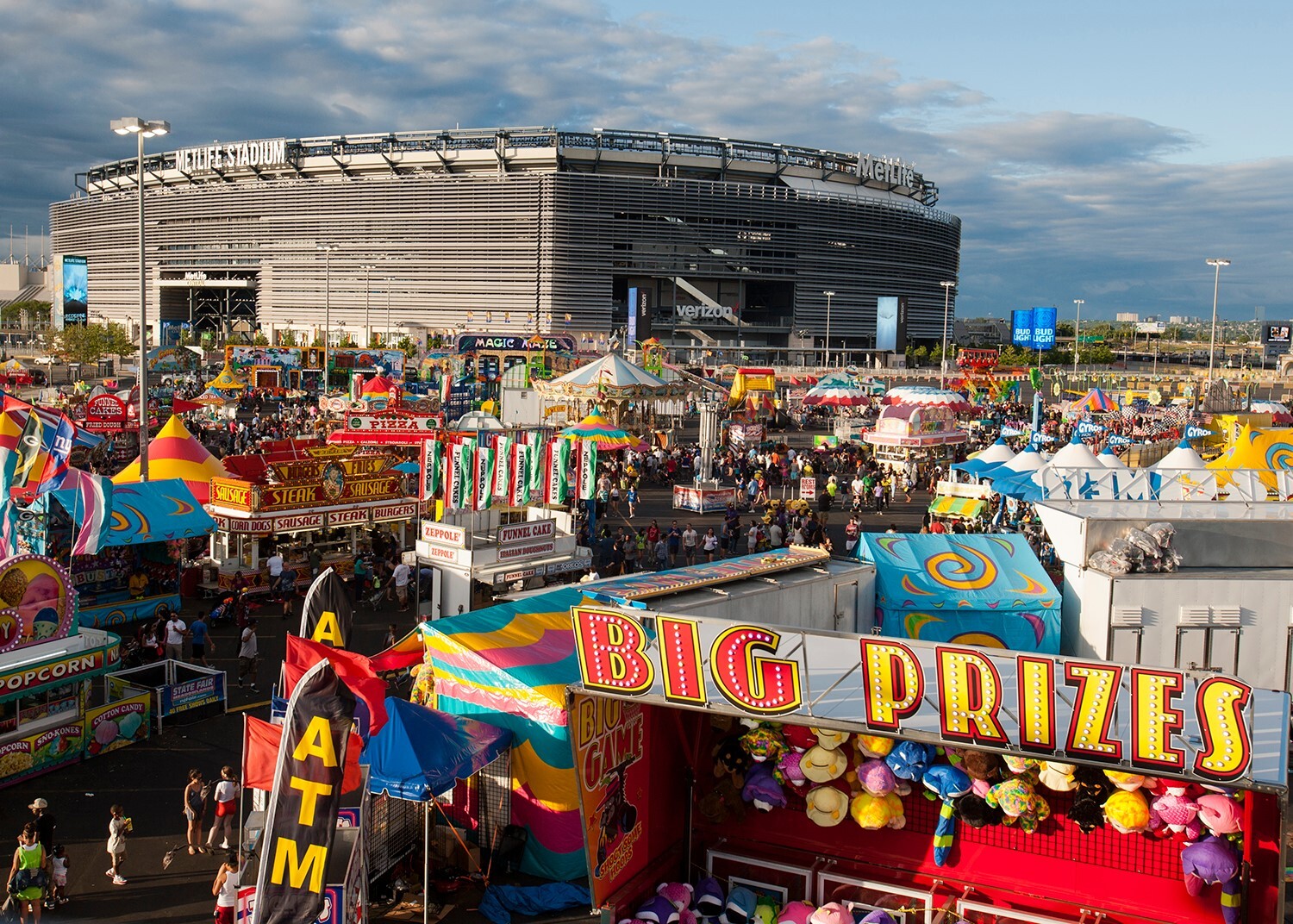 Concessions, entertainment, rides and games were easily rolled over from 2019, with very little fallout or companies going out of business due to the COVID slowdown.  The direst challenge midway companies are contending with is the labor shortage.  “Everybody has a labor problem,” said Dorso.

Not only did this mean that company execs were serving food and operating rides, but on the midway two major ride companies and State Fair Meadowlands stalwarts had to reduce their footprint due to lack of help. Dorso filled the gaps by contracting with two local carnival companies, the first time they were playing the largest fair in the state of New Jersey.  The midway had 69 rides, about three fewer than non-pandemic fairs.

This industry-wide workforce dearth also strained the State Fair Meadowlands staff, with upper management having to fill in at the admission gate and other positions.  It was an all hands-on-deck fair.  For the first time, Dorso had to hire an outside security firm, and then get creative in terms of choosing between where to station guards and how many roaming guards should there be.

The online one-price ticketing unexpectedly eased security fears by reducing the number of teenagers – there's been reports of an uptick of violent incidents involving young people at some fairs, but Dorso said that the fair had no incidents whatsoever. “Not one complaint was lodged, there was no report of anything with the crowds inside or outside the fair, no scuffles or arguments, nothing like that. That's never happened before, not one incident.”