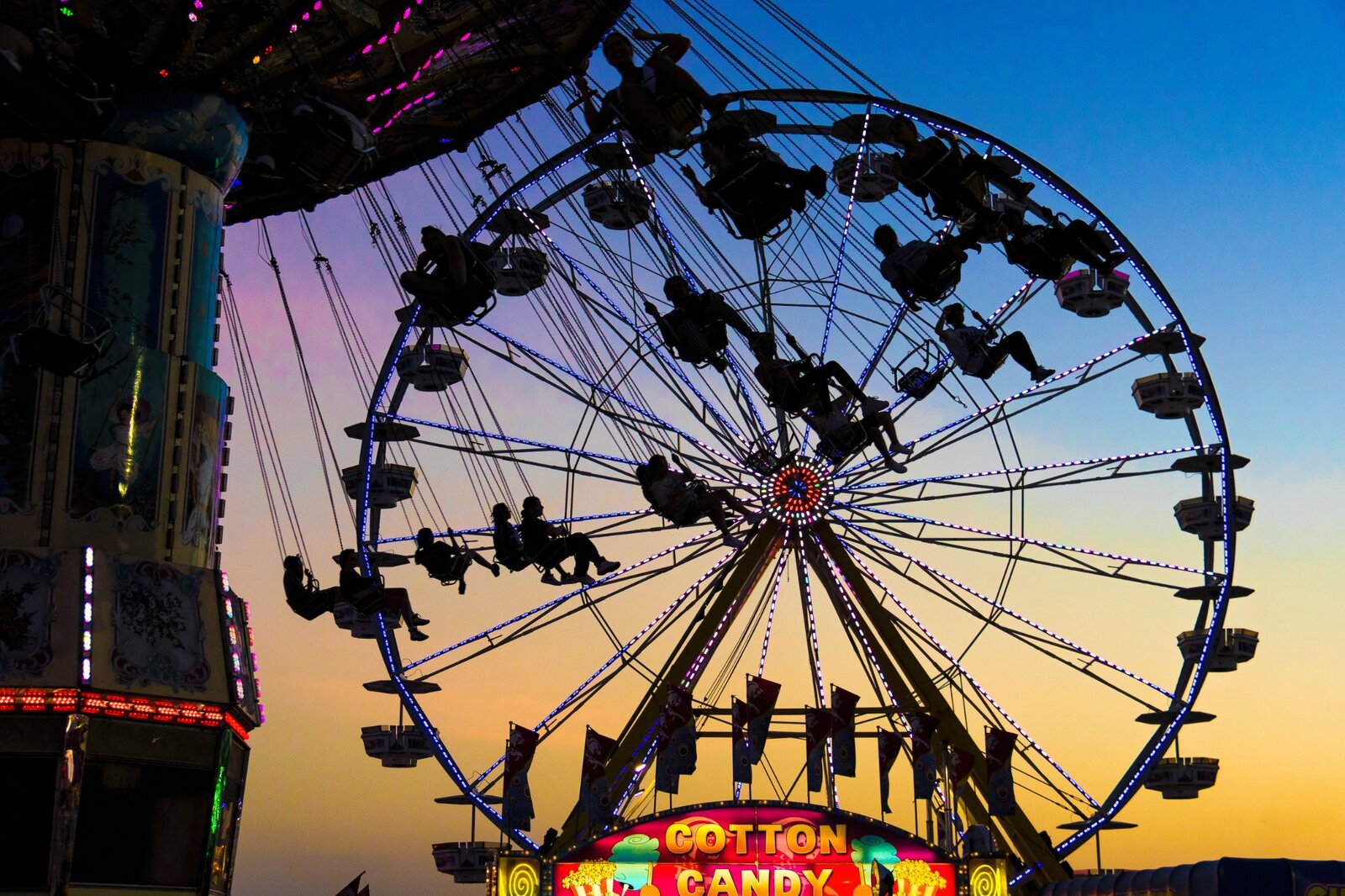 North American Midway Entertainment returns to Winnipeg
After missing 2020 and 2021, NAME returned to the Red River Ex. in Winnipeg. Photo by Scooter Korek

If the Red River Exhibition is any example of the early-to-mid-season Canadian Fairs, the rebirth of an entire nation's fair industry is well on its way. COVID closed down the Canadian Fair industry for back-to-back summers and fairs are not only restoring their events, but rebuilding the entire industry.

This Winnipeg, Manitoba tradition turned 70 this year and while attendance took a dip, spending was strong, auguring well for the rest of the nation's fairs. “Strong attendance, record ride gross, spending was up,” is how Garth Rogerson, CEO of The Red River Exhibition Association, described the comeback year.  “Attendance was a high average and many independent concessions reported record revenue.  Spending was down on games but food was up.”

Attendance reached 213,281 and while not a record, it was an increase over 2019's  203,624. “An extreme weather event was the critical turnout impediment, not the Canadian economy or global inflation,” he explained. “We had a number of heavy rain periods including one the government called an explosive rain storm flooding the fairgrounds.”

The community  showed their appreciation by spending, “We were up 9 percent over 2019,” he said. “Things seem to be back to normal and we had no resistance to the cost to attend.”

The resurgence was a much needed financial affirmation, with the two year restrictive COVID protocols taking a toll on the fair's finances and operations. “We lost a significant amount of money due to COVID,” he said. “We were given permission to hold the 2022 fair with few restrictions other than increased hand washing station and we gave away free hand sanitizer.  We have been in business for many years and since we do not receive government funding, we have built a reserve fund in preparation for any business shortfall.  As such, we were able to fund losses and still bring forward a normal fair.  Now we start rebuilding that fund.”

The spending uptick was most evident on the NAME (North American Midway Entertainment) midway, which featured 51 rides, about the same as previous years. Nothing like throngs of families to brighten the outlook of fair industry professional, and the robust 2022 midway was the result of abundant community appreciation for the return of its annual community event. A Canadian version of the crowd enthusiasm American fairs saw in 2021 seemed evident at the annual celebration of everything Winnipeg.

“After the two year absence, we were thrilled to be back at the Red River Exhibition and so were the crowds,” said Lynda Franc, Corporate Marketing Director, North American Midway Entertainment. “What we're seeing in Canada this year is what we saw largely across the United States when everything started to open again, there's a pent up demand for fun and excitement and we're here to deliver it. We did have some new rides this year - including the Double Decker Merry Go Round which was one of the most popular rides alongside some other fair favorites like the Ferris Wheel.”

“The Zipper continues to be the most popular,” said Rogerson, who added that there was a new Raptor kiddie ride. 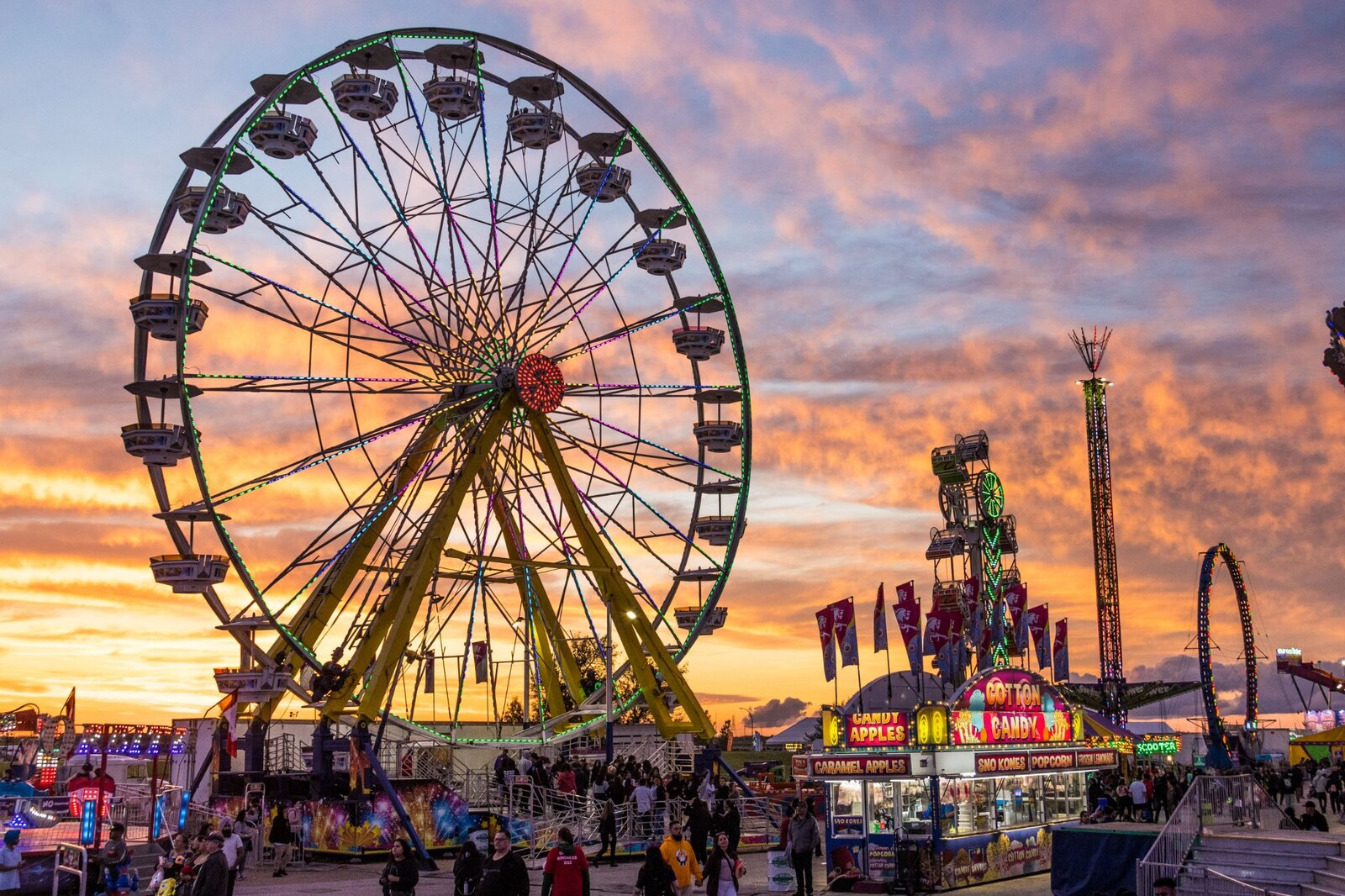 Sadly, not everything was as simple as providing the midway Red River fairgoers remembered and expected. Perhaps there's no more fair manager nightmare more frightening thn a violent incident, and tragically the Red River Exhibit was the scene for a teen shooting.  Winnipeg police were called to the fair Monday Night after a 16-year old had been shot near the midway area. The shooting was non-fatal, but the victim was hospitalized and two other teenagers were arrested. The fair never closed, but police taped off a portion of the midway.  According to local news reports, the incident took place near a washroom building on the park's west side. “Fortunately, paramedics were right next to it, so we had a paramedic on the scene within seconds,” Rogerson was quoted saying in the local press. The things we trained for, the things we practiced for, went into effect, and it worked perfectly in that respect. Our communication system went into play and it meant fire and police were on site within minutes. The person who committed the crime was arrested within 10 minutes and it was resolved very quickly.”

The fair responded with heightened security and transparent messaging, assuring the public about the safety of the fair and informing about the details and resolution of an unfortunate incident. “We had to enhance security mid-fair and the new normal is a much tighter security presence,” said Rogerson. “ The shooting had no impact on attendance and our strongest days were after the shooting.  You can't hide from bad news, so we embrace the media and try to be as transparent as possible.  We do everything in our power to secure the site so media are welcome to review our procedures.  Unfortunately, Winnipeg is seeing a high frequency of crime post-COVID, so we will be enhancing security even further than we did post shooting.  We don't know how the gun got past security but we are hopeful this information will come out during the police investigation so we can respond accordingly.  The crowd seemed unusually tense, resulting in numerous incidents of teens pushing and fist fighting that kept security very busy.  This is a new problem.  In discussions with police, it seems mental health issues are a growing concern and many of our security challenges involved mental health issues.”

The immediacy of the fair's response and its emphasis on transparency was certainly enhanced by a vigorous marketing campaign spearheaded by a multiplatform, comprehensive social media campaign. In spite of belt tightening and an austerity mindset due to the financial losses due to COVID, the fair maintained the same level of marketing as in 2019, built around a call-to-action tagline – Summer Starts Here.

Food concessions stands – which numbered about 60 – was about the same as previous fairs, but many of the perennial purveyors of fair cuisine had gone out of business. The Food & Beverage segment of the Red River Exhibition sustained the most dreadful of COVID's impact on the fair. “We saw a decline in the number of vendors due to supply issues and bankruptcies,” he added.

Cautious optimism seems the common theme as fairs continue to emerge out of lockdown and again hold events. Many managers opt for more caution than others, and Rogerson admittedly had realistic expectations that were cautiously exceeded. “I  kept my expectations low because our other trade shows have showed both strong results and poor results.  We also saw a fairly significant decline in the number of volunteers participating due to COVID concerns. We had no idea how this fair would turn out but it did well.”

The leading Canadian midway provider however, is far more ebullient. “The Canadian crowds this year are outstanding - we have beautiful weather at a lot of our spots and for many of the provinces, this is the full summer where the majority of COVID restrictions have been lifted,” said Franc. “This has caused a major shift where people are confident in going to events again like they hadn't been for the last couple of years, and the guests are taking full advantage of it!” 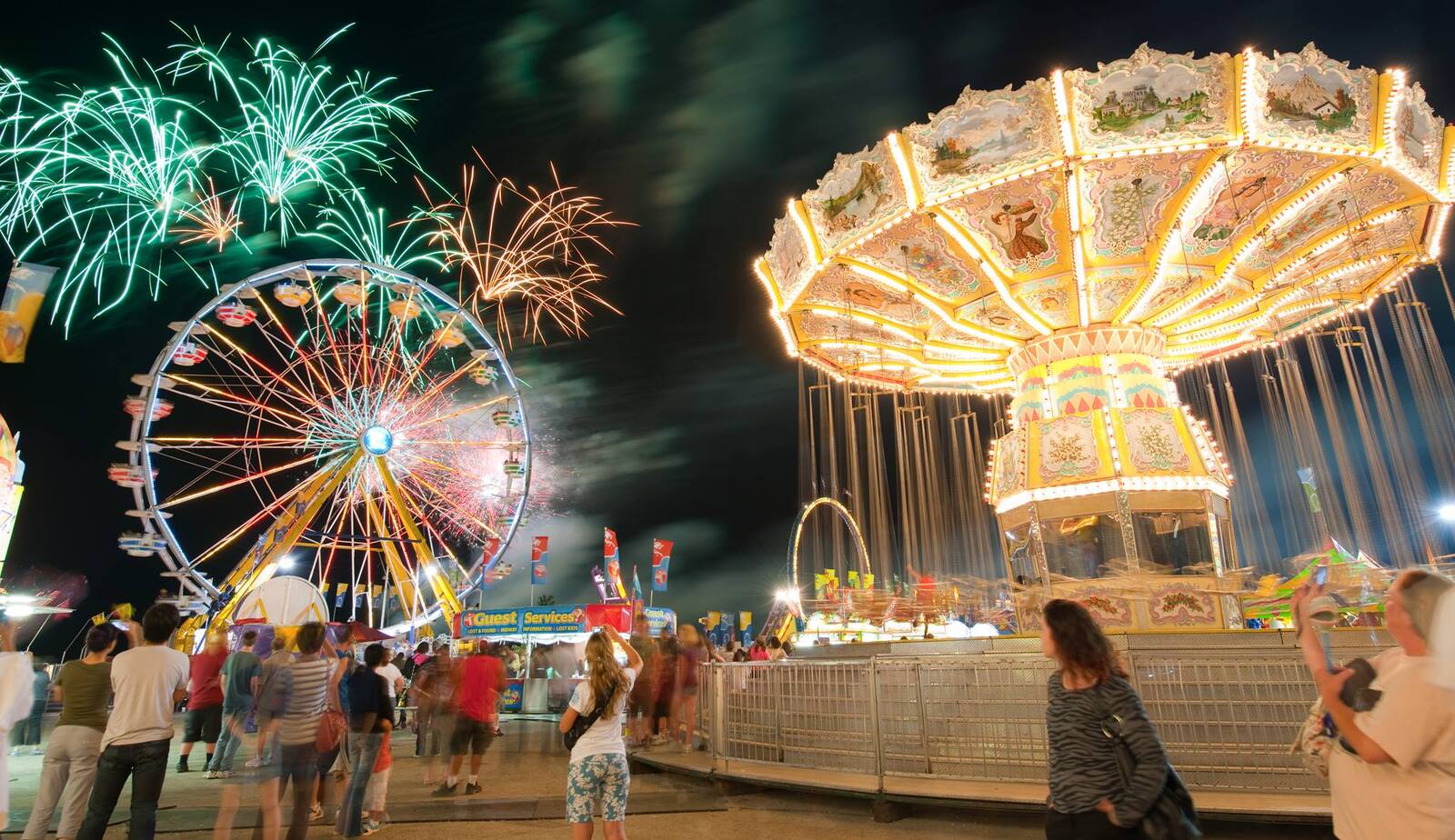 After missing 2020 and 2021, NAME returned to the Red River Ex. in Winnipeg. Photo by Scooter Korek