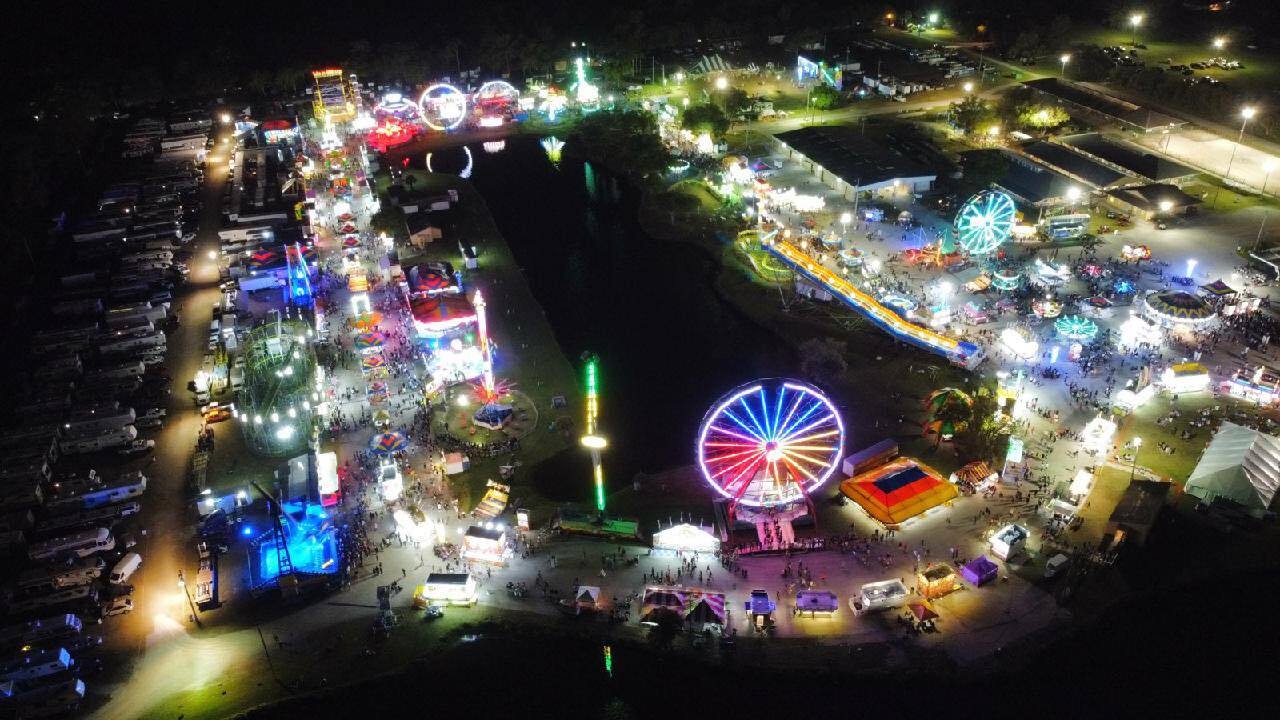 While not without some hesitancy and an erring on the side of overly cautious planning, fairs are returning and the fair industry seems to be steadily reopening, one fair at a time. One of the most recent examples – the Southwest Florida & Lee County Fair – actually accomplished an unexpected achievement – increased attendance and record setting days.

In a world where social distancing and other restrictions remain in place and the common wisdom is to expect lower attendance compared to pre-pandemic events, the 2021 SFLCF stands out for disproving the accepted wisdom. A Feb/Mar fair, the SFLCF was one of the last full fairs held before the coronavirus lockdown went into effect, making this particular year-to-year comparison noteworthy.

True, as a statistic, the uptick may have been only marginally significant – about 5 percent – but in times like these, a jump in attendance even it was actually a hop – is worth celebrating.

“We are still working on close-out, but even with our preliminary numbers we are UP from 2020,” said Fran Crone, Fair Manager, SFLCF. “Anytime your numbers are UP, it's a good thing.”

“We had a great fair,” said Rick Reithoffer of Reithoffer Shows. “People are ready to come out and have a good time, spend some money, and enjoy themselves.”

For Reithoffer, the fair was one of the last he played in 2020 until the Pensacola Interstate Fair in November, and except for a smaller fair – the Highland County Fair – earlier in the month, it was the first fair for the year for a carnival company eager to resume his circuit. “One of the things fairs in Florida have shown the rest of the country is that we can operate fairs safely with our protocols. Other southern states are opening their fairs, they're starting to fall like dominos, and all the other states I'm sure will follow.”

Hope springs eternal, but with the vaccine rollout occurring at a steady pace and restrictions being eased – although how quickly and to what degree is state dependent – an optimistic outlook for the 2021 fair season is so far justifiable.

The SFLCF had a rainy day, but other days set records, which proved another key point – consumer confidence in the safety of the fair experience is solid. “We are very happy and proud to say that we had four record breaking days this year,” said Crone. “How awesome is that after the year we've all had!”

Pretty awesome, according to Reithoffer. “The one day that had the biggest rain out, it rained until 6:30, but we had a damn good evening. Most of the time when it rains like that you lose the whole day, but we made at least 50 percent of what we would normally. The last day we doubled the biggest gross we ever had at the fair.”

A key promotion – one devised by the carnival company – was to have a $1 day opening day, which went a long way in alleviating any dearth of consumer confidence. Reithoffer described his strategy as an old fashioned dollar day – the fair already has a dollar day promotion, which they retained – this additional Dollar Day was an opening day exclusive. Admission was a dollar, as was every ride, but fairgoers had to purchase a $10 sheet of tickets.

“You let the public in for the opening day and boom, you got yourself a winner, you start the first day off big and you have word-of-mouth advertising for the rest of the fair,” Reithoffer explained. “People are always looking for a bargain, and it does help the build a big day. But, it also gets everybody in the community talking about the fair and in the end, that's the most valuable.”

The Dollar Day opening also turned out to be the highest attended opening day in the fair's history. “We had wonderful feedback and comments,” said Crone. “We were pleased with the amount of people, everyone was wearing smiles, eating food and carrying prizes from the games. People needed their fair.”

Admittedly ebullient over the outcome of the fair, she mentioned one fairgoer who had traveled all the way from Florida's east coast to the city of Fort Meyers because their county fair had been cancelled due to COVID. “She was just so happy that we had our fair. People want some normalcy back in their lives and they missed their fairs.” 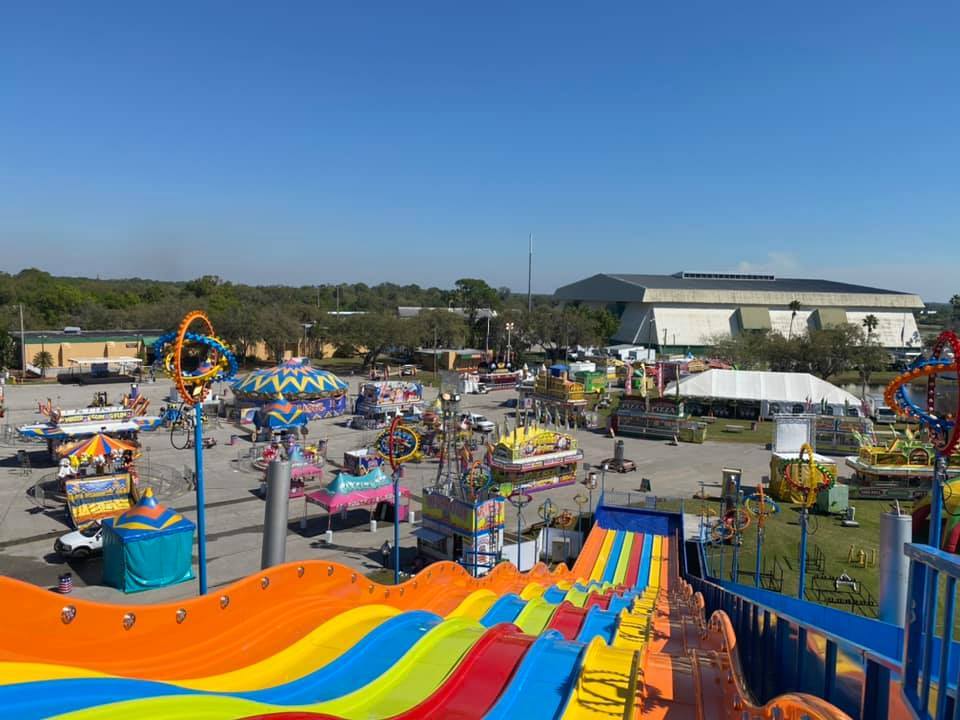 Although masks were no longer required in Lee County – in Florida, restrictions vary from county-to-county – all fair and midway staff wore masks and the fair included the full range of pandemic protocols. The advertising budget remained unchanged from last year with the major marketing changes being an expanded social media presence and the addition of coronavirus-related messaging.

“We buy smart and partner with top stations,” said Crone. “ We printed very few of our brochures and very few of our daily schedules this year. We created a QR Code for scanning and allowed people to have the information at their fingertips. We also added ‘following CDC Guidelines' on our tickets, our printed material, our radio and our TV spots. Our website contained a COVID disclaimer on the very front page that you had to read before proceeding into the website.”

The Reithoffer Shows' midway was smaller, down to 40 rides from 50, which allowed for social distancing and an aired-out queue system. “We used 40 of our best rides,” said Reithoffer. “We stuck to the highest grossing rides, took out some of the filler, which handled the crowd without a problem. We grossed more money on some days with less rides, so that's proof what can be done with what you have. We also debuted our new Dragon Coaster, which is beautiful and people loved it.”

The company has increased overhead for this season, which included $80,000 on fencing, $40,000 on signage, sanitizing stations and other equipment. In addition, a crew of five has been dedicated for ongoing sanitizing and cleaning procedures during the entire run. 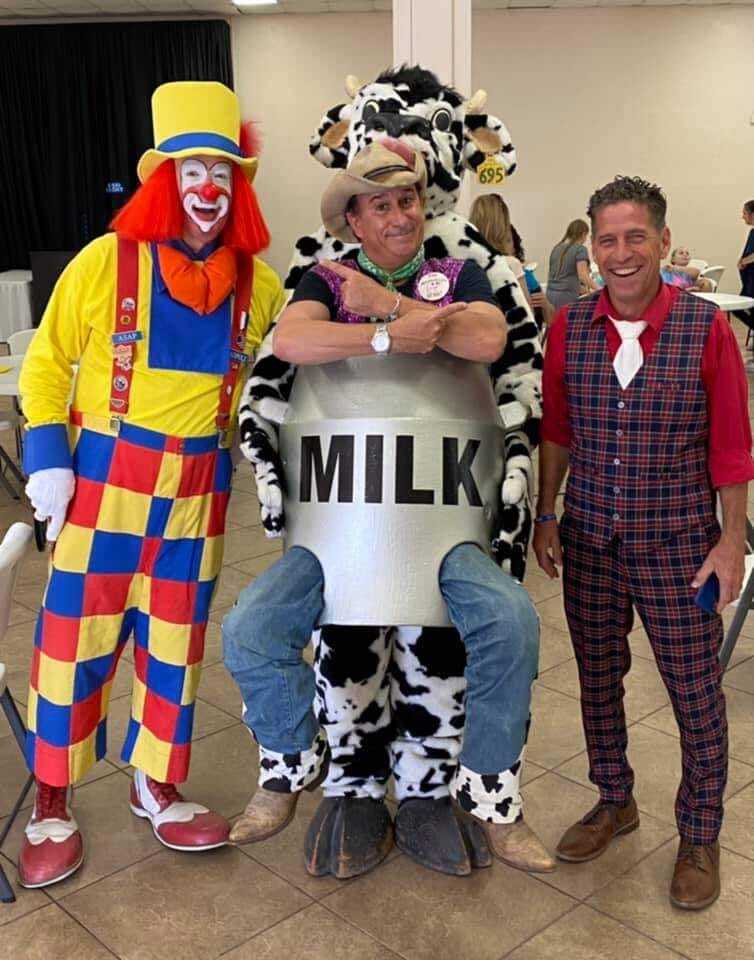 The fair featured 32 food vendors – four food vendors were unable to make the event, due to COVID-related reasons, but Crone said they were informed that next year their slots will be held. The vendors work on a flat-fee contract, so sales were not able to be tracked. But Crone noted that that feedback from food purveyors was not the typical noncommittal responses. “Often vendors will tell you they're ‘okay', but this year they were all excited and amazed at the happy, hungry crowds that were here,” she said.

Besides fair staples, top items at the fair were “Pickle Barrel Steak Tips, Maria's Cuban Catering, and Gina's Gourmet Palace (Chinese food),” she said. “These three are always among the favorites. Holy Macaroni is new to us the last couple of years. They do not disappoint.”

While social-safe distancing crowds were pouring into the final days of the 2021 SFLCF, the future of the fair came into doubt.  Lee County officials had accepted proposals for the future of the Lee County Civic Center, which is currently managed by the fair board and the facility provides year-round rental space and is the heart of the fairgrounds. One proposal receiving local media attention was from a hotel development company seeking to construct a hotel, resort and retail complex on the grounds.

Crone, however, was quick to dispel any rumors that 2021 could be the last one of the fair. “Our Board of Trustees submitted our proposal based on the partnership that has been in place with the County Commissioners for over 20 years. In fact, this year was our 97th Annual Fair, and our 41st at this location. Our Fair has always been held on County owned property. Our community is very supportive of our purpose here, no matter what the County Commissioners decide to do with the property – the Southwest Florida & Lee County Fair will not back down, and we will not go away. We will continue to move forward, even if it is at a different location.”