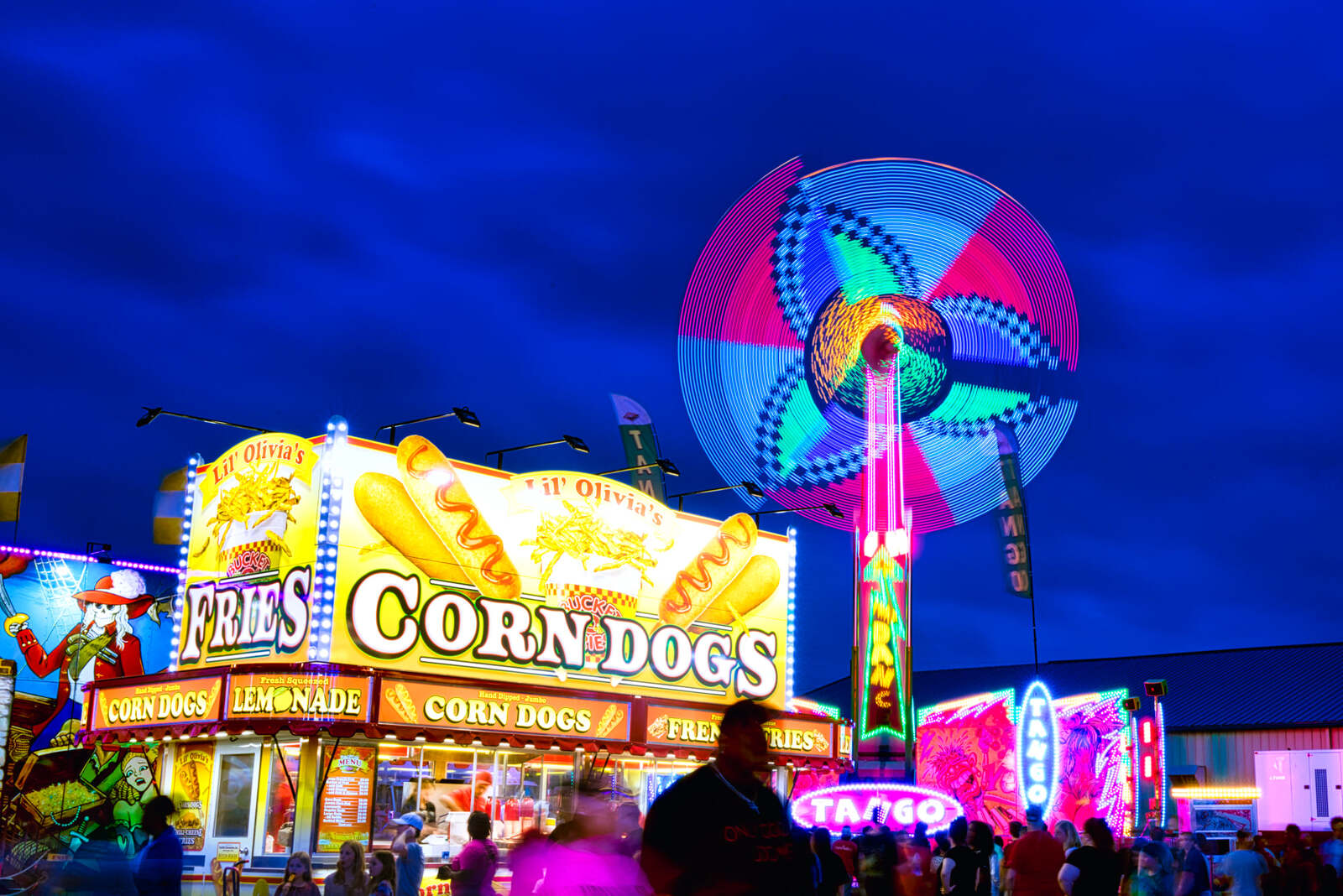 Held in Beaumont, Texas, and run by the Young Men's Business League, the South Texas Fair hit a home run on attendance and overall good weather for 2022.

While attendance totals for the fair's full run have yet to be released, the first two weekends, according to YMBL chair Dohn LaBiche, drew close to 100,000 attendees, bringing the fair halfway to meet its goal for attendance this year in Ford Park Arena.

The fair ran Thursday, March 24 through Sunday, April 3. And despite rising food costs, which drew some concerns from fairgoers, the organizers did their best to keep pricing affordable, LaBiche stressed the bargains, from “two nights that were absolutely free” for admission, to $35 unlimited ride wristbands for the fair's carnival.

Fair admission price was $10 for adults, $5 for youth and seniors, free for kids 2 and under; and parking was free. As LaBiche noted, the carnival midway, provided by Carnival Americana offered $35 ride wristbands and ride tickets $1 each if purchased individually, with rides requiring between 2 and 6 tickets each. 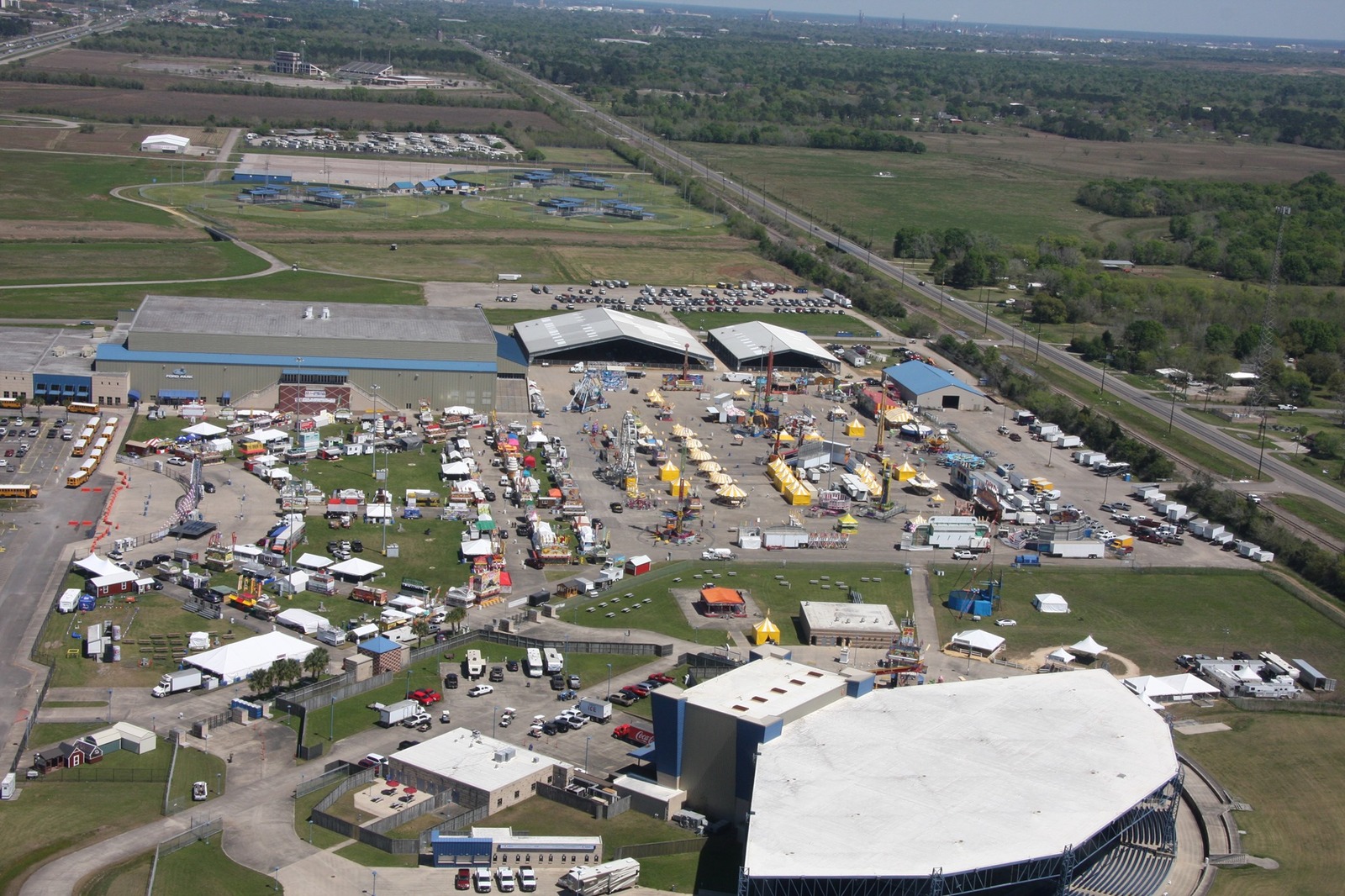 On Wednesday, March 30, all carnival rides were priced at $2. The $35 wristband sales were offered opening night, as well as Friday, April 1st; and on “Last Blast Saturday,” April 2nd, kids 17 and under received free admission from noon to 3. Additionally, first responders and military received free admission on Thursday the 31st; and on closing day, Sunday, April 3, fairgoers bringing an empty or full six pack of Coke or Dr. Pepper product cans were admitted free. Guests bringing the beverages could purchase ride wristbands for just $20; those without the beverages could buy wristbands for $35.

Along with the carnival and its ever-popular Giant Wheel, there were daily high-dive shows by the Dana Kunze World Class High Dive Show,  extreme dog tricks, livestock shows , a rabbit show, petting zoo, and camel and pony rides.

A school art show, quilt show, photography contest, and musical performances by Sweet Southern Sound added to the fun. The rodeo was another big hit, with rodeo night and matinee tickets priced at $10 for general admission and $20 for reserved seating during its three-day weekend run.

And while some guests struggled with inflation-driven pricing on food items, food and merchandise vendor sales were both robust, with the vendors delighted to see the return of large crowds. While face masks were recommended, and hand sanitization stations abounded throughout the fair, the pandemic seemed far away.

Favorite food items included Stuffed Dill Pickles from Chuck's Eats Cajun Foods, filled with everything from cream cheese to jalapenos and bacon bits. There were stuffed avocados and cucumbers as well, Cheetos Flamin' Hot Corn Dogs, and Real Wisconsin Cheese Curds served as both cheddar nuggets and mozzarella sticks. The popular Rudy's Kabobs provided two stands serving marinated beef, chicken, pork, and shrimp. And on the sweet side, a revamped version of Emmy's funnel cakes included toppings like red velvet and Caramel apple. Another popular item: desserts in a jar - peach pie, red velvet, or pecan pie in a keepsake mason jar from Thomas Family BBQ. Other unique items with crowd appeal ranged from Bao Buns to shark on a stick with spicy garlic sauce and alligator on a stick with ribbon fries. There were over 250 vendors in all. 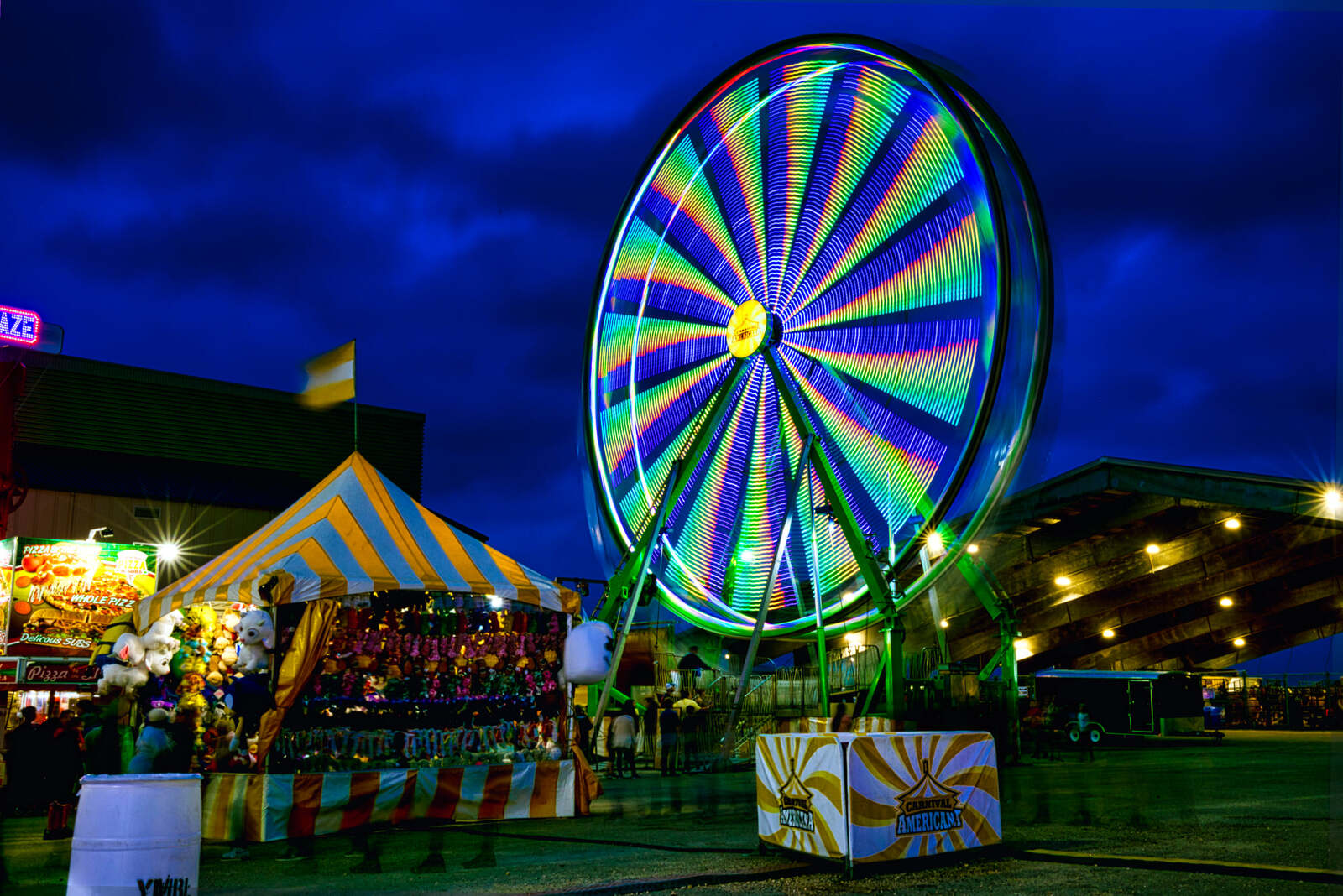 At the carnival, the Super Shot Thrill ride and kiddie rides, along with classic midway favorites like the Giant Wheel, and the revolving Tango from manufacturer KMG, drew crowds. The latter was a thrill ride favorite. The carnival midway featured over 40 rides in all.

Along with the carnival rides, kids enjoyed the Kids Fun Zone which featured a new attraction, “The Bird Man Show,” straight from Las Vegas with Joe Krathwohl.  Customers saw birds of all sorts fly over the crowd including a California condor.

Vendors described the fair as being the busiest they'd seen. Over 100 vendors saw strong sales in the exhibit halls.

As to the rodeo, YMBL Fair Chairman Donnie Warner stressed that this year's rodeo was among the biggest ever, with nationwide pro rodeo competitors competing in eight events each night from bull riding to saddle bronc. There was also one new event: girls barrel racing.

“It's a big deal,” Warner asserted. “Some of these ladies have horses worth more than $100,000, so we brought in a special type of dirt this year that helps prevent the horses from slipping.”

Mutton Bustin', open to kids ages 5-7, was once again a big hit, as kids attempted to climb on wooly sheep – and hang on for six seconds. Over 1000 kids competed in the pre-qualifier for 25 spots, with eight competing during the rodeo.

A special $12 rodeo ticket, let patrons receive both a reserved seat and a VIP meet-and-greet with actor Forrie J. Smith, from the television series “Yellowstone.”

2022 marked the 77th year for the event as run by the YMBL; but the first fair was held in 1907, when it was then the Beaumont Fair. With this year's success, it's sure to continue as a lasting tradition. 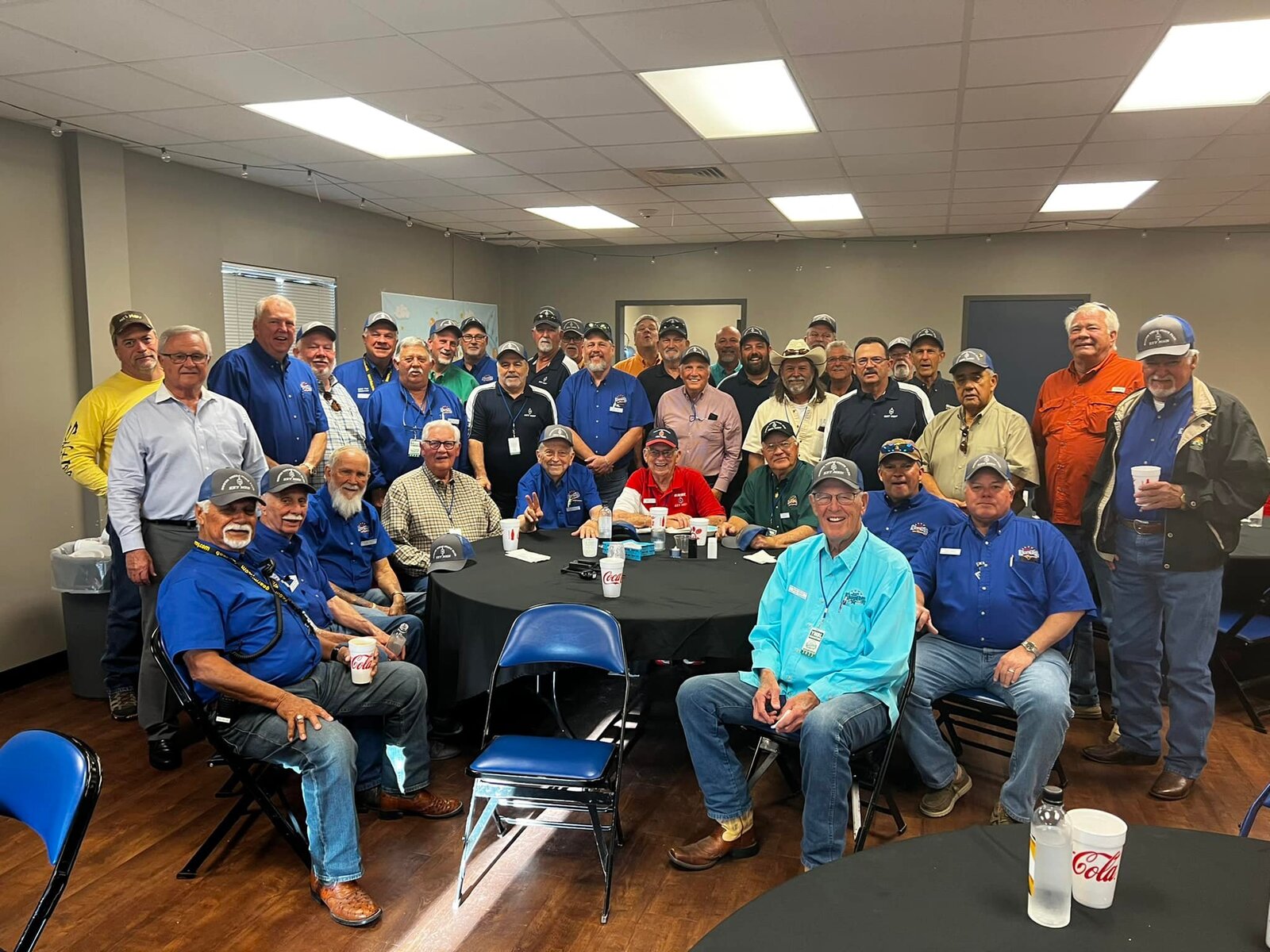 Carnival Americana on the Midway