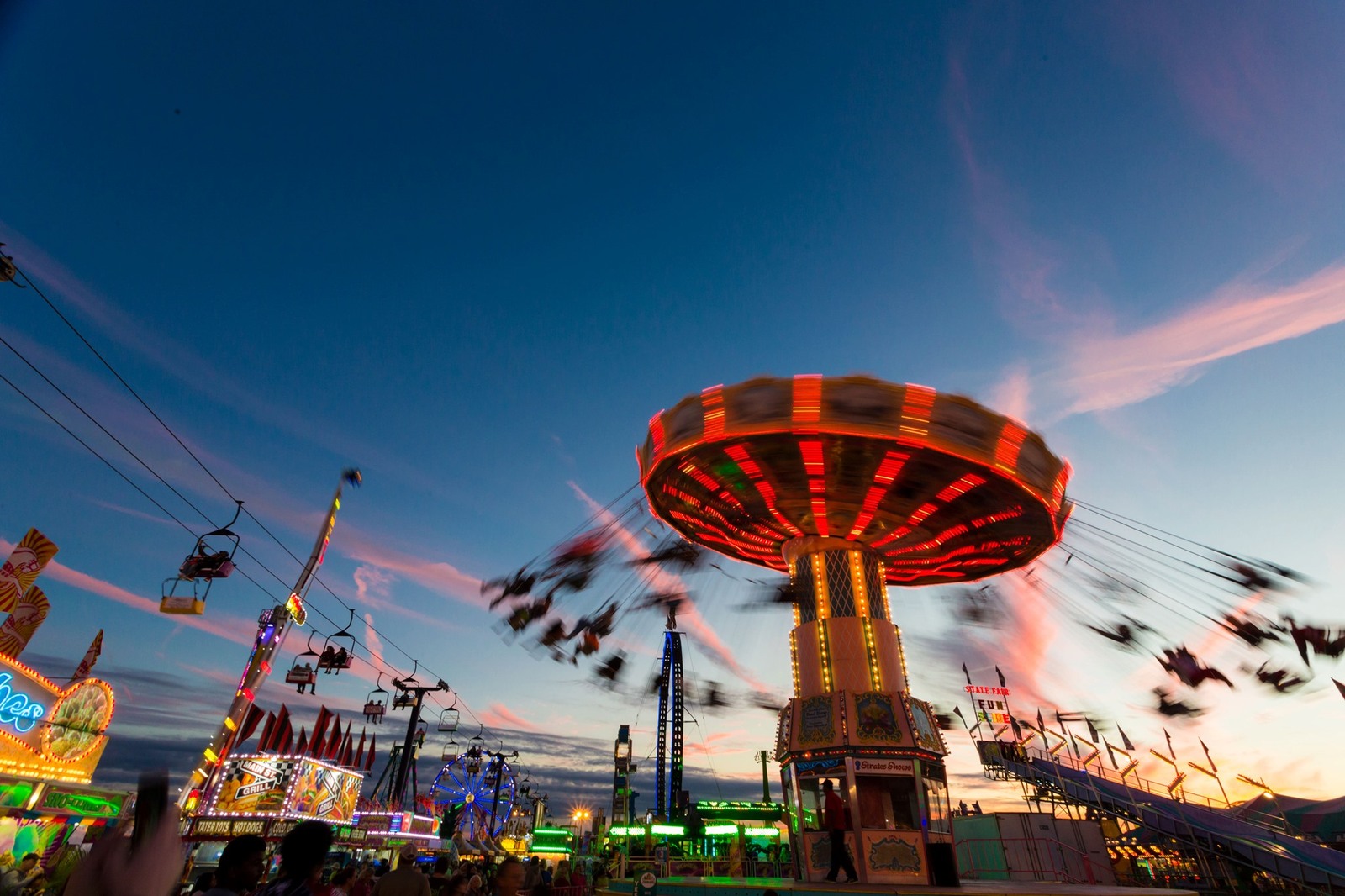 Rain-free weather, enthusiastic fairgoers and a return to normalcy highlighted the 2021 South Carolina State Fair, overcoming a somewhat bizarre accident where thankfully no one was harmed. “We had a good, successful – and most important – safe fair this year,” said Nancy Smith, General Manager.

Technically, the accident was on a ride, but not one carrying fairgoers. The Wheel of Destiny was a featured performance of CIRUS at the Fair, which returned for the second time in 2021. Video of the incident is available online and is nothing less than startling – the wheel which is suspended, suddenly collapses – but the performer is unharmed.

An unfortunate incident, but one whose messaging was smoothly handled, with no negative impact on the event. The circus mishap occurred at the end of the 4:30pm show on the first Saturday of the fair, in October,” said Smith. “Thankfully, no one was hurt, and everyone exited the circus tent in a mannerly and safe fashion. The show was back up and running (with a packed house) for the 7:30pm performance that same night.” 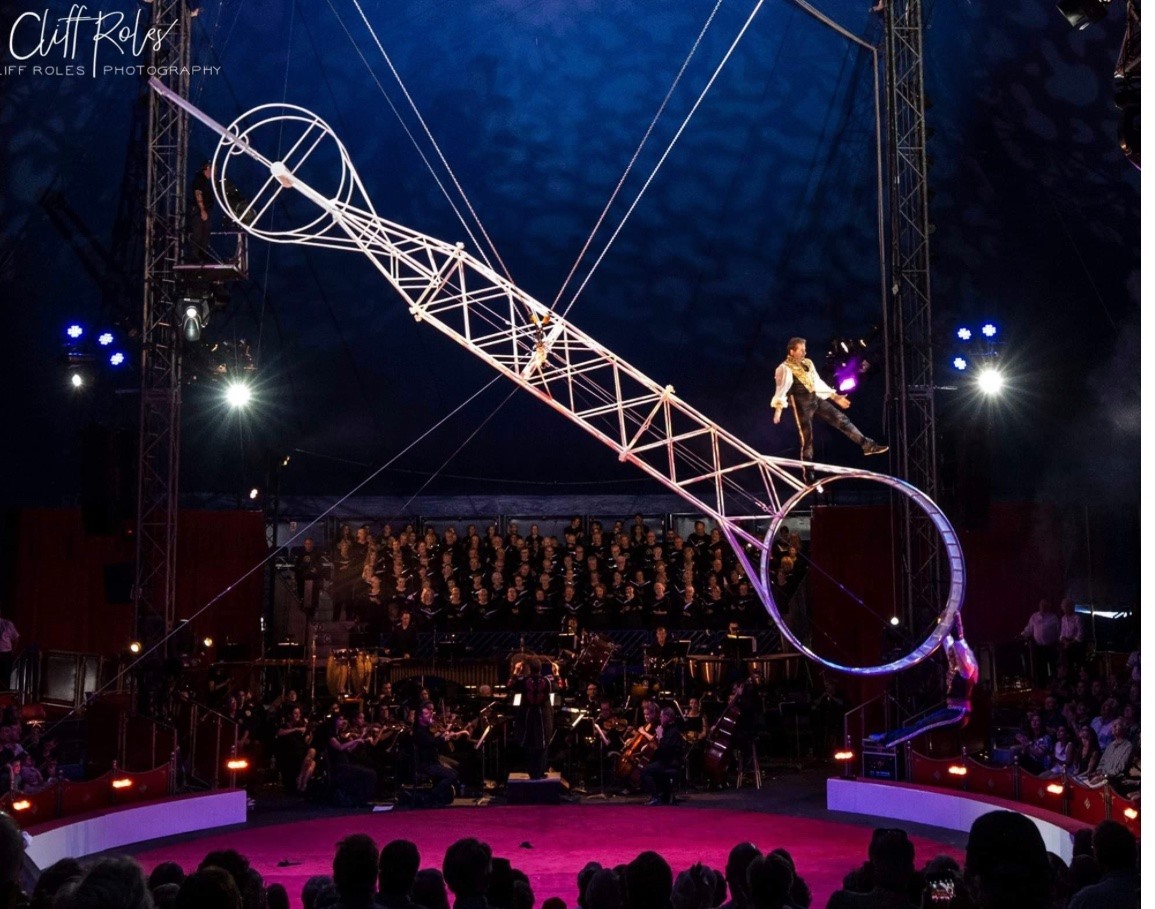 News of the incident first emerged on social media. “There was some social media video, comments, etc.,” said Smith. “We made a concise and to the point statement of what occurred. Amazingly, it was a couple of days before the media inquired and we again gave the facts. Their coverage and write up of the incident were factual and good. The circus performances continued with good crowds until the ending of the fair.”

Although shocking – for a few seconds of video footage at least – it proved ultimately to be just another moment at a fair who marketed its memory-making moments as a key selling point for the comeback year. This year's marketing tagline was “It's Your Moment”— which according to Smith, was one of several offered during brainstorming sessions with the fair's advertising agency. “We review several options with our advertising agency and pick our favorite each year,” she said. “After a year plus of COVID-19, we felt that everyone has missed their favorite moments at the SC State Fair. It was our moment to experience them again.”

The advertising budget was cut by $20,000. “That was spread throughout all mediums but print probably was targeted the most. We increased digital, social media and OTT, we decreased print,” she said. The 2021 media allocation breakdown: Digital 27 percent; TV 28 percent; Print 9 percent; Cable 3 percent; OTT 9 percent; Radio/Streaming 16 percent; Outdoor 8 percent.

Another cost cutting measure was reducing grassroots marketing. “We also decreased our non-advertising budget quite a bit – with no in-person promotions such as our roving ticket-booth, which was done as a COVID precaution.” 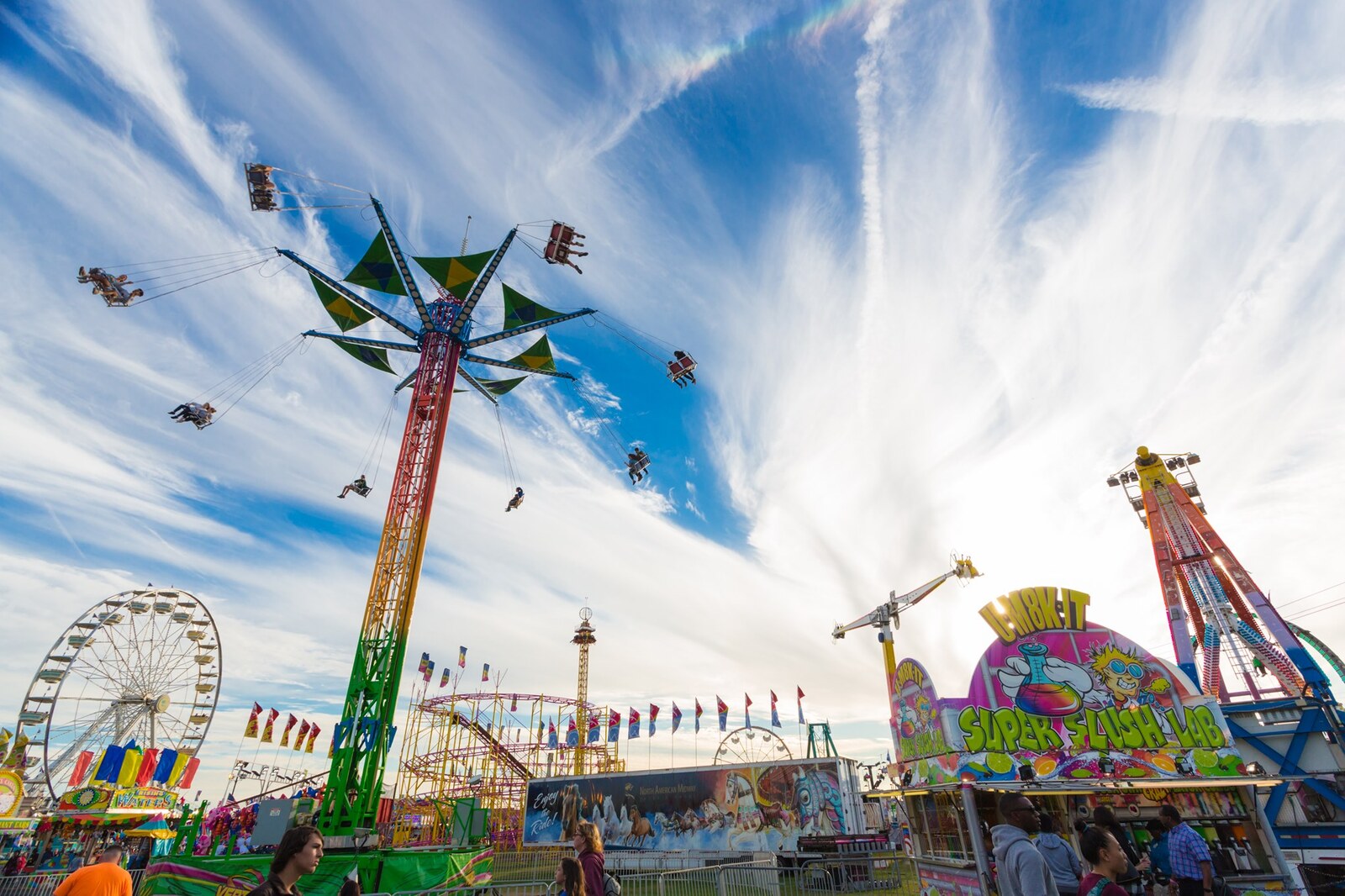 Attendance for the reached 348,701, down from the 416,326 attending in 2019. Weather proved ideal and regardless of the attendance drop-off from pre-pandemic levels, some days did set records. “Our first Sunday attendance was 49,023, the second highest since going to a 12-day fair in 2006,” said Smith. “How was the weather? We had great weather, with no rain, for our entire 12 days. The first few days were a bit warm but eventually we enjoyed some real “fall/fair” temperatures.”

Like other fairs, South Carolina saw spending increase over 2019, indicating fairgoers were optimistic, wanting and having fun and lingering longer. “Spending was up, approximately 2-3 percent, in all areas, including gate admission, concessions and rides,” she said.

The NAME (North American Midway Entertainment) midway was on the highest end of the spending-increase spectrum. The layout was modified with wider midway arteries and more space between equipment. The ride allotment shrunk by three rides from 2019 to 60, which included a new Delusion on the main midway and a new Tea Cups in Kiddieland. Top grossing rides were the Sky Glider, the Giant Wheel, Super Himalaya, Celebration Wheel, and the Double Decker Carousel.

It was the second year for the 150-tall Celebration Wheel, which has quickly established itself as a signature piece for the event. “We did have a couple of fewer rides this year, but we brought back the Celebration Wheel for the second year,” said Lynda Franc, Corporate Marketing Director, NAME. “The Celebration Wheel has been a big draw for many events and holds a special place in the hearts of South Carolina State Fair fans because the first time we brought it, it marked one of many celebratory events for the State Fair's 150th anniversary. This year, it was one of our top rides and we look forward to continuing to bring it across the United States in 2022.

What impressed the carnival company the most in its return back to one of the largest outdoor events in the Palmetto State was the upbeat feel prevailing amongst the crowds. “The South Carolina State Fair was back for 2021 and we had a fantastic time revisiting all of our friends in Columbia,” said Franc. “The general attitude among 2021 South Carolina State Fair attendees was excitement. It's a common thread that we've seen across all of our events - people are happy to be able to do fun things again." 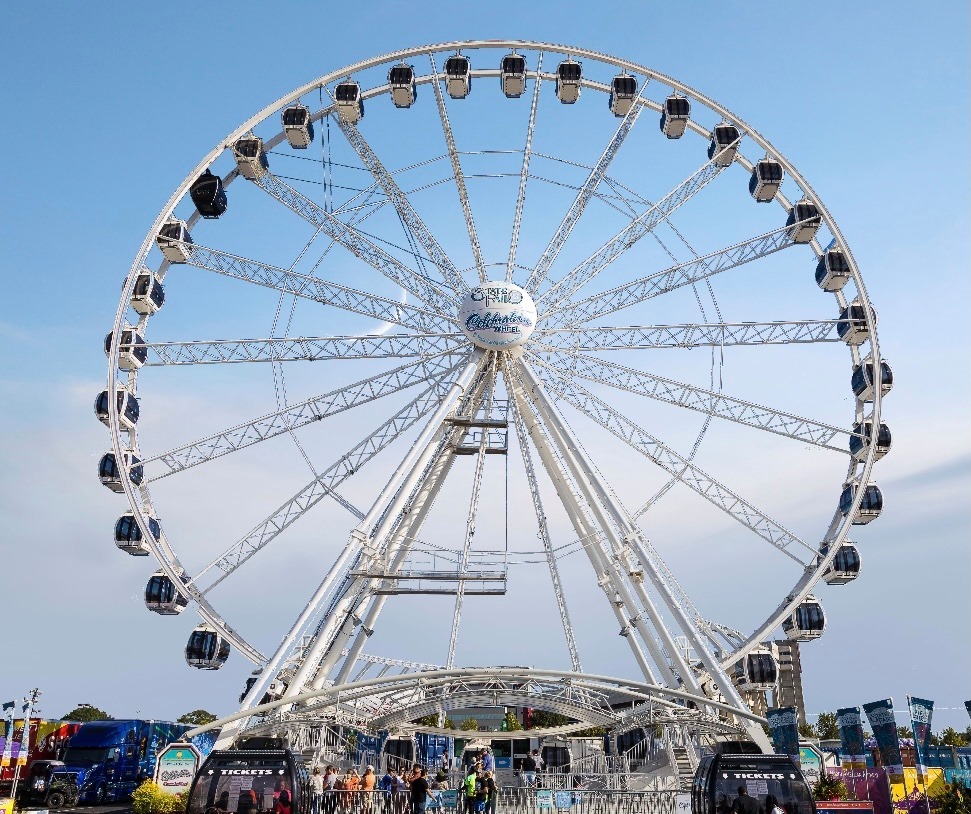 Of course, behind the scenes arranging the revived fair may have been more nerve-wracking than fun. Although according to Smith – the 24 months between fairs did resemble a midway ride, but not necessarily in good way. “We at the SC State Fair have been on the longest roller coaster ride of our lives as far as fair preparation is concerned,” she said. “I think we are all ready for that ride to end! We had some fair planning already in place prior to our 2020 drive through event and that served us well as we moved into 2021 fair planning. I don't recall an actual “green light” date, but we were constantly monitoring numbers and all guidance regarding COVID 19. In June things began to loosen a bit and events such as football and others announced they were moving forward.”

The fair ran October 13-24, so basically it had the summer to arrange the array of contracts with vendors and entertainers, with some segments more problematic than others. “Most of our vendors were rolled over with a few exceptions in the entertainment area, mostly due to COVID precautions. The commercial exhibit vendors were most affected, as quite a few were no longer in business or not traveling. In the end our commercial exhibit building looked good, and we came up with some unique ways to fill space.”

Headline grandstand entertainment was actually eliminated in 2019, and the fair emphasized its more intimate 1,000-seat Pepsi Place Stage “There were no capacity restrictions in the Pepsi Place Stage area, but we monitored the crowd,” she explained. “Taking COVID precautions into consideration, we no longer offered entertainment seating in the larger tents but instead chose to go with more roving acts and street acts. We tried to space the entertainment performance times and the roving acts times to eliminate crowding in specific areas.” 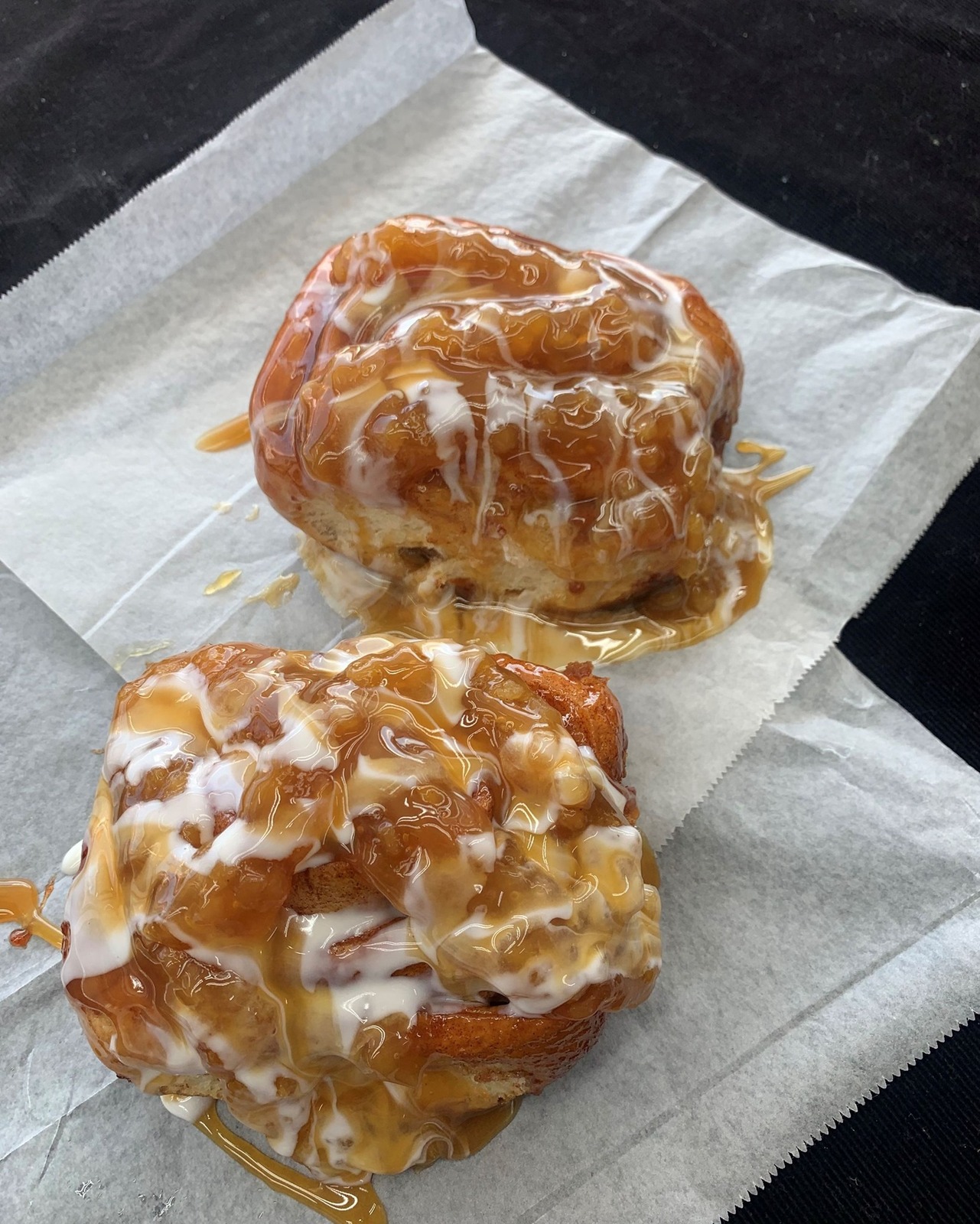 Apple Cinnamon Roll was one of the new food offerings

Situated at the tail-end of the fair season, Smith closely observed other fairs and made significant changes. “Being in mid-October, our fair has the good fortune of knowing how things went for fairs preceding us. From a COVID standpoint, we learned a lot from other fairs about their procedures, signage, etc. and we kept moving in the “COVID-altered” direction.”

But new protocols were not limited to the global pandemic. “One of the most critical things we learned from our other fairs was, unfortunately, the increase in violence at fairs where there had never been such previously,” she said. “I believe this to be the critical area facing our fairs now. The SC State Fair took many measures to ensure we would have as safe a fair as we possibly could. We introduced new and updated metal detector technology, changed our youth admission policy, instituted a clear bag policy, added more lights, cameras and worked even more closely with our local law enforcement. To further bolster our safety and security footprint, we had a unified command post, located off site.” 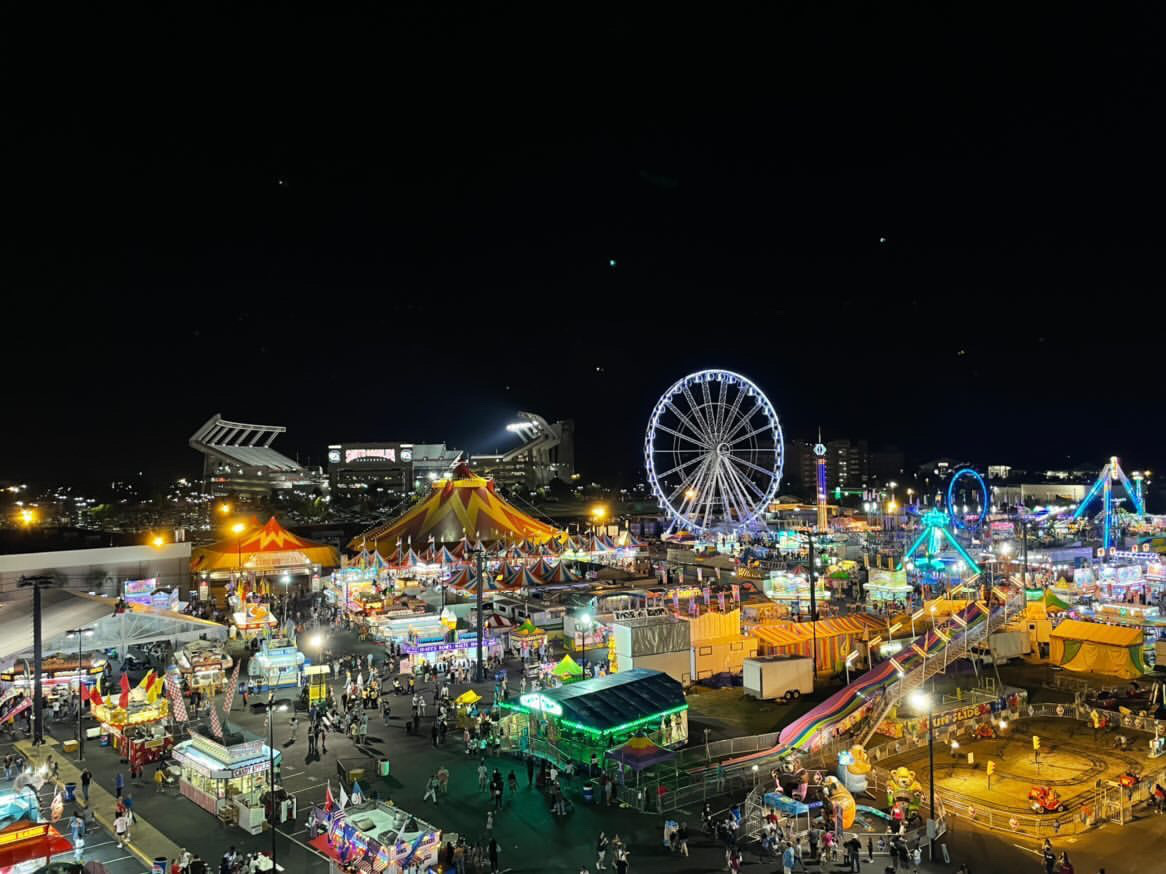 For Smith, the success of 2021 was not about the increased spending or avoiding bad publicity due to a fluke circus accident. “Our expectations were not for large crowds but, from day one, my prayer was for a good, safe fair. That prayer was granted – and more – as we not only had a good and safe fair, but we were graced with 12 beautiful days of weather. Our message to the public was that we were excited and happy to be back in person– but – we wanted everyone to feel comfortable in coming.  Many folks did feel comfortable and our tagline for this year came true for them. “It's Your Moment”. We all need the gift of fairs now more than ever.”

She added that the fair was not aware of any COVID cases being traced back to the fair. 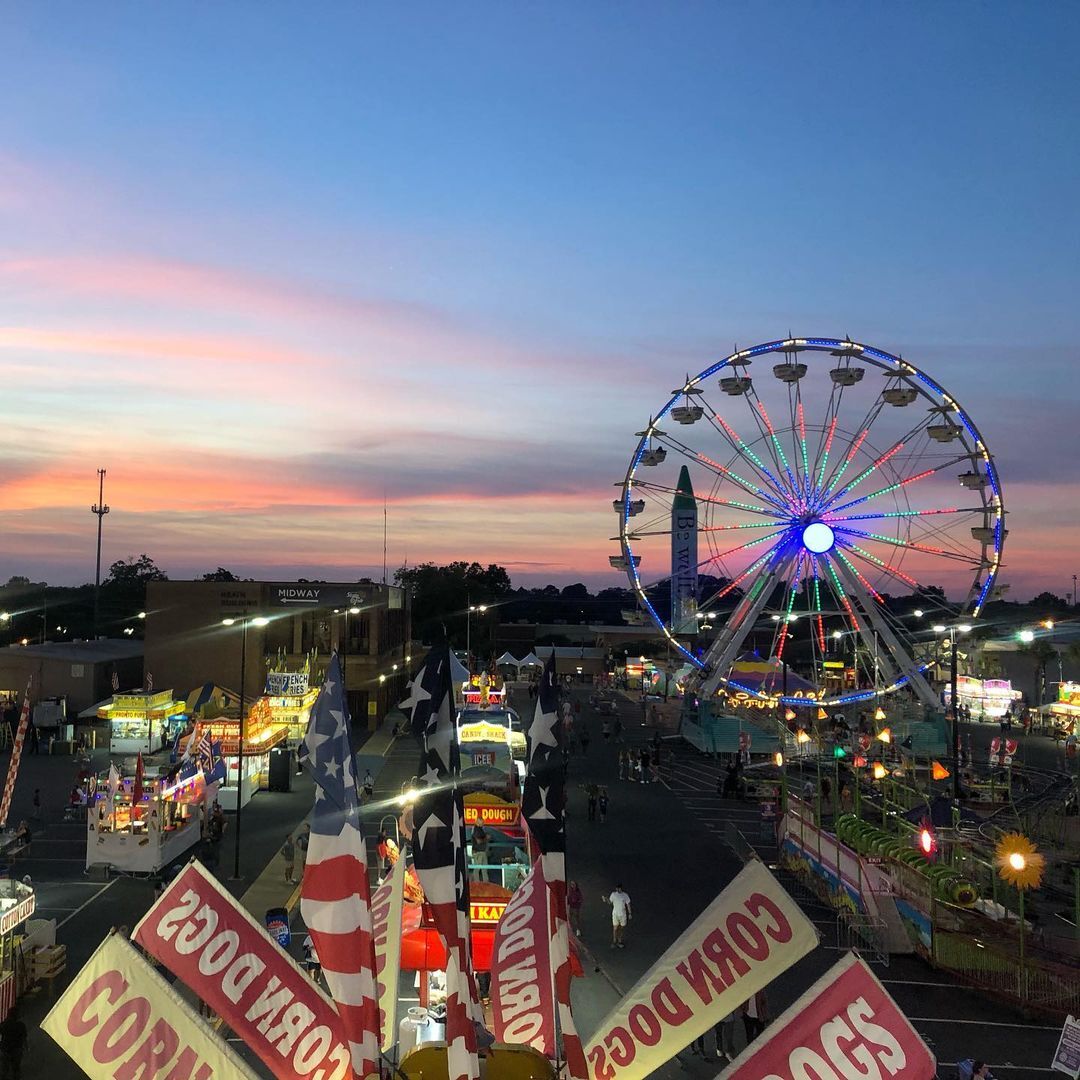