SoCal Rides Grows from a Carnival Family, but it's Sophomore Year is on Hold Due to the COVID-19 Pandemic 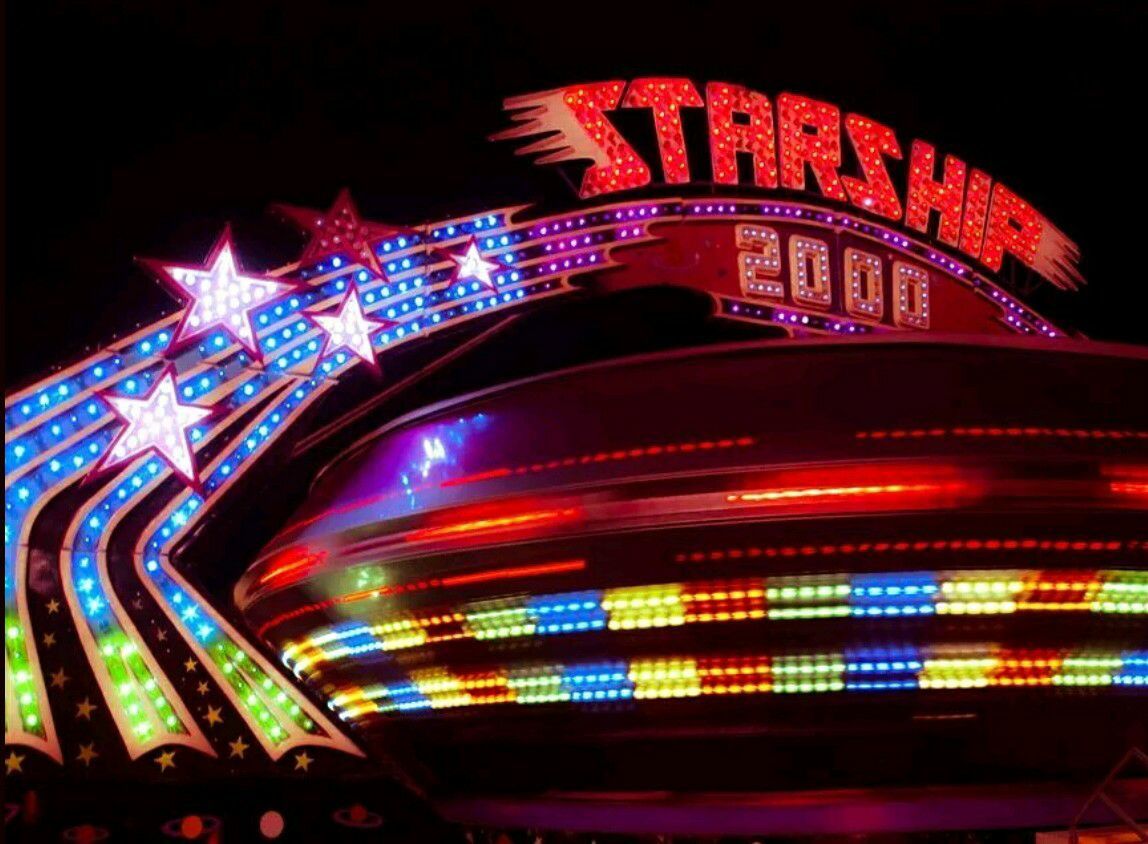 SoCal Rides awaits its Second Season
The show is anxiously awaiting the start of its second year on the road, but is currently in a holding pattern due to the Coronavirus Pandemic.

The Guadagno family is entwined in the carnival life. Dad Tony runs the long-time Southern California carnival company G & S, son Tony Jr. started Carnival Midway Attractions over 15 years ago, and is currently riding out the industry’s mandatory hiatus fishing in Montana and Idaho. But son Chris, owner of SoCal Rides was just shaping up an expanding second season, and hasn’t given up on resuming business as usual yet.

“My second season was shaping up much better than my first. I have scheduled about 50 events for this year; last year I held 34. Now that I have more rides, I can do two events on one weekend, if that’s what’s needed,” Guadagno says.

His rides number up to 18 now, as he travels from Arizona to Nevada to Southern California. His California route ranges from San Francisco to San Diego.

“Churches and small city festivals are best for me right now, but I also work a couple of larger events, including the Ventura County Fair and the Santa Barbara fairground’s Halloween Haunt,” he relates. Guadagno’s best events last year were Catholic Churches. “I had about a dozen of them, and they worked out very well. But when I got into the Ventura County Fair, that was probably my best overall.”

Things were looking rosy for his sophomore year until a early March when the Coronavirus Pandemic took the world by storm. “Now, people are canceling, some are postponing.”

While the show doesn’t have any spectacular rides yet, major rides include a Zipper, Bumper Cars and the Gravitron. “But the kiddie rides also do well for us. I just got a merry-go-round, and that is the most popular, both with the kids, and because the adults can ride along with the kids. That’s really important, anything that the parents can ride with the children are a big hit, like the Ferris Wheel,” he explains. “Older kids love the Gravitron and thrill rides like that.”

He says his tickets and wristband pricing is about the same as that of his father. “I keep the number of tickets needed for every ride low. I try not to charge for so many tickets to go on a ride. I think it’s better for people to come up to buy a ticket, and that ticket costs a little more, but there are less tickets to buy.” He says it seems over the top to ask for a large amount of ride tickets per ride that people have to carry around with them. “All rides are really charging $2 to $5, that’s how it breaks down whether you charge more for ticket and use less tickets, or you charge less per ticket but people have to buy a large quantity of them.”

His biggest rides take four tickets. Prices for unlimited ride wristbands are $25 to $35, depending on the venue.

Currently, Guadagno is running two units. “I ran only one last year, but as I said, I was able to expand to two this year. For my second year in business, I was doing very well. I’ve actually picked up a lot on my route. I felt I was going to have the best year ever before the virus hit.”

He adds “Last year, we were delayed on approval for our H2B workers that we depend upon. The program is good, but it’s been under fire, even though these are great workers who drug-test clean, and you can put them through fingerprinting. This year, I felt fortunate, I got my guys early. But then – instead of being able to start earlier, the virus happened. Still, I managed to make it through last year, and I expect to now,” he says.

Guadagno doesn’t operate food stands on his show right now, for one simple reason: “I play a lot of smaller events and they want to do their own food.”

While he runs several games of his own, he primarily turns his game event needs over to Andrew Jamber of Andrew Concessions. “He runs it for me, a couple of my games, and all of his own. My games are the water race and the derby. Both are race games, family games that everyone can play. They always do very well at any event.”

His safety program is focused on maintenance. “As long as you maintain equipment you don’t have any problems. I haven’t had much of a problem with the state of California, other than the pricing of their inspections,” he notes.

With his business being so new, he credits a lot of help from friends in the industry. “I want to thank Danny and Sherry Brown from Brown’s Amusements, they have both been phenomenal. Brown’s Amusements operates out of Chandler, Ariz.  Davey Helm Jr. from Helm and Sons has also bee a huge help to me, letting me play events with him, I got to play the Santa Maria County fair and the Monterrey County Fair, as well as some of the bigger area Street Scene events with him. Whenever he saw I was slow, he’d book my equipment in with him, which was the same with Danny and Sherry  also,” Guadagno says.

He explains that although his entire show doesn’t travel with other carnivals, he can “put some pieces in with theirs, and that really me out.”

Currently, he admits “It’s a tough time. This year I had 15 H2B workers and 6 American workers ready to go, and a great season lined up. Hopefully we can get back into it soon.”

The show is anxiously awaiting the start of its second year on the road, but is currently in a holding pattern due to the Coronavirus Pandemic.