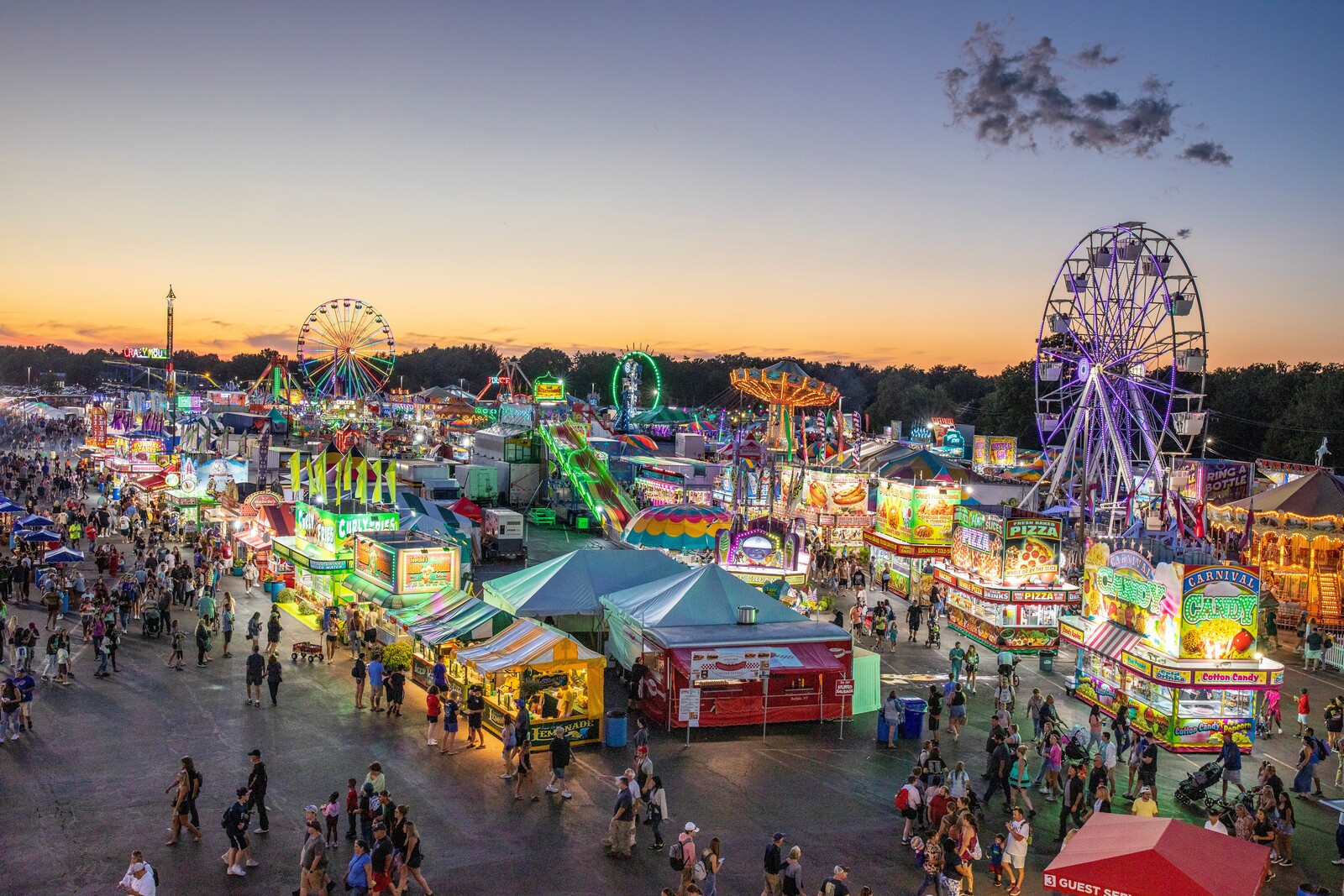 Ideal weather, enthusiastic fairgoers and a dedicated team were some of the components that enabled the 2022 Erie County Fair to fully live up to its perennial declaration: the “Best 12 Days of Summer.”

By the numbers, the 2022 fair was unquestionably one of this 182-year-old Empire State tradition's Best: attendance reached 1,148,079, a 17 percent increase from 2021 and the James E. Strates Shows Midway had its highest grossing day in the company's 98 year relationship with the fair, one the longest-held midway contracts in the industry.

“Since 1924, when my grandfather James E. Strates first brought his carnival to Hamburg, the show had never experienced a record-breaking run like the one during the 2022 Erie County Fair,” said James Strates, Strates Shows Operations Manager. “This milestone acts as a wonderful prelude to our company's 100th year of operations to be celebrated in 2023. The exclusive, 98-year relationship between the Erie County Fair and the Strates Shows is considered a historical milestone in the modern amusement industry, as it is considered the longest continuous run of any carnival midway in the United States.”

Even though COVID and its repercussions continue to disrupt fairs, 2022 has shown that much of the pre-pandemic stability and normal business operations have been restored. This trial-by-fire that COVID proved to be for community-oriented, outdoor events seems to have reinfused some fairs with a new commitment to their missions, especially those who navigated COVID with an eye-to-the-future. For the Erie County Fair, COVID interrupted consecutive years of growth. 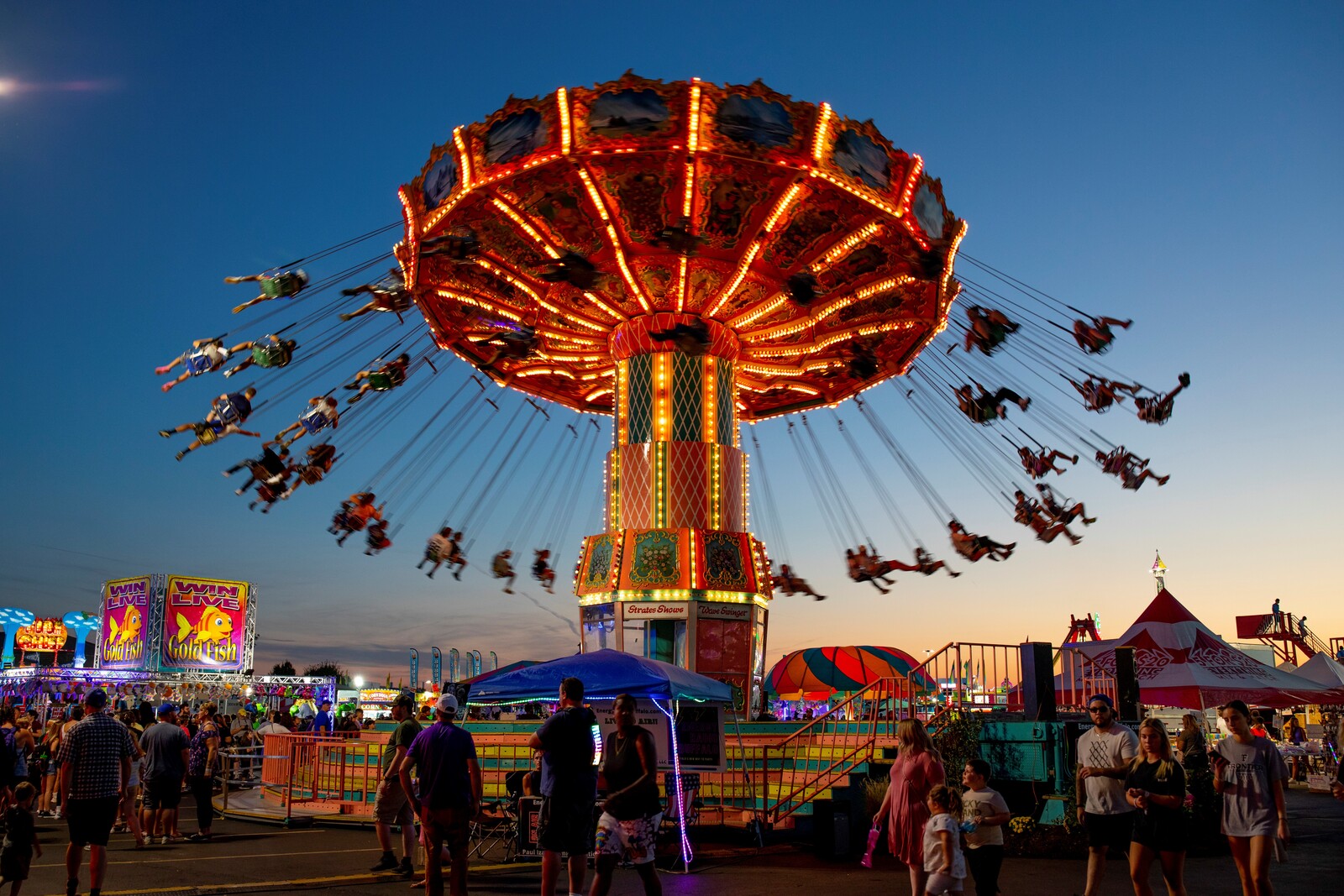 It seems the 2022 event not only achieved robust attendance and coffer-replenishing revenues, but restored that trajectory. “The leadership of the Erie County Agricultural Society continues to invest into the fairground infrastructure as well as dedicates resources into new programing each year,” said Strates. “The Fair has found the correct balance between retaining age old traditions and the creation of new programming that fosters a new generation of fairgoers.”

“We are proud to report that the Erie County Fair was a safe and successful event,” said Jessica Underberg, CEO & Fair Manager, Erie County Fair. “Through our various partners, we were able to provide community support, foster economic impact and continue our mission.”

For team Erie County Fair, a more familiar planning pattern was reinstated this year, whereas last year's scattershot reopening policies delayed planning – the 2021 Erie County Fair opened less than 90 days after lockdown was lifted – this year's return to a more typical planning period reinvigorated staff morale and commitment. “Obviously we were able to plan and think things through instead of looking at it on a tight timeline,” said Underberg. “There was a certain sense of excitement when we opened the fair this year, and we all felt it. Even before we opened, Jimmy Strates told me that ‘I'm feeling a certain energy about this year.' Now I don't know if we always felt that energy, but it's not always a good smooth fair. We saw good attendance, good spending and it came down to a really good fair.”

Certainly, some of the 2022 energy came from the absence of uniquely 2021 challenges. “Last year, shipping was a problem and we had shortages of plush, of cups, and some food. There were shortages of yellow dye, which we use for security shirts and vests. This year, there were worker shortages; we had some local vendors who couldn't get the staff. That is just a reminder that COVID may feel like it's past, but it really isn't. But, 90 percent of the fair is back to the way it was before. We still have hand sanitizers, but you don't see as much mask wearing or social distancing.” 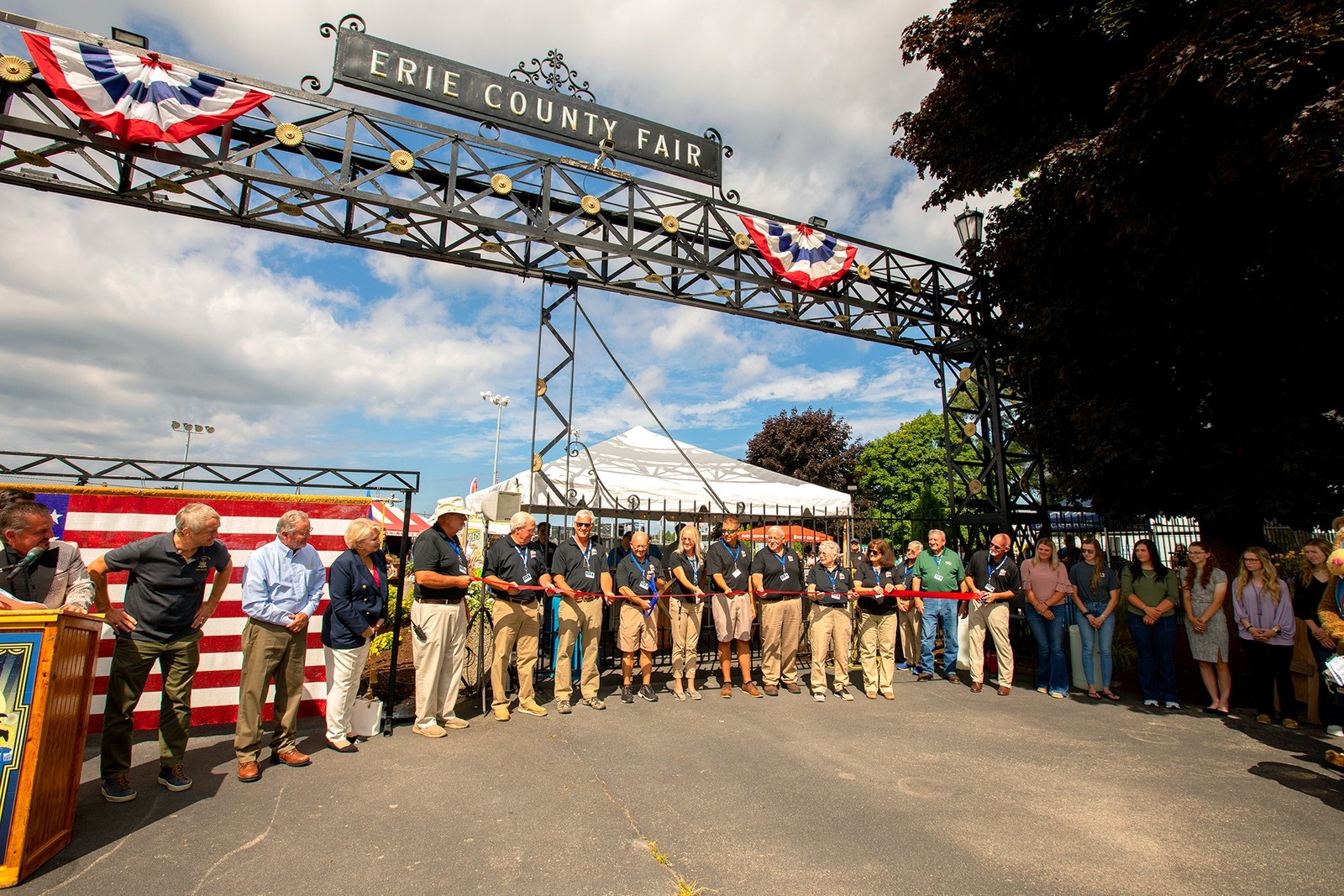 One of the most noticeable differences between 2021 and 2022 was a decline in apprehensive anticipation. “Last year, we expected things to back to normal, but it wasn't like 2019 again. This year, we were all able to see the smiling faces and large crowds.”

Fairgoer attitude also evolved. Enthusiasm for the fair has always been high, but in 2021, with the return to normalcy just beginning, they were easier to please and more willing to overlook inconveniences. “The customer is more critical. They were more forgiving last year than this year. Last year they expected things to be “off” because of COVID. This year if something was off, there was no consideration given that we are still working through things.”

Two COVID issues everyone is working through are worker shortages and inflation. The former, while still threatening, is not as pressing as it was in 2021. “Finding workers was different…last year people were worried about COVID and being in a large crowd, this year the people just weren't willing to work,” she said. “The Erie County Fair is still not fully staffed, maybe a tick better than last year, but still nowhere we were in 2019.”
With inflation, Underberg noted the fair was able to hold down some ride and admission prices, “Food prices are where [inflation] was most apparent. We did allow people to bring coolers into the fair, which is a selling point. They're searched and no glass and no alcohol are allowed. Costs are up for gas for everything and all that stuff goes into deciding the family's budget.”

Inflation concerns were not severe enough to dampen midway spending. According to States, 50 percent of the 12 Best Days of Summer at the Erie County Fair resulted in daily records for the midway company, which included the “the single largest grossing day in the Strates Shows 98-years at the Erie County Fair.”

The midway showcased 50 rides, including the triumphant return of the Crazy Mouse coaster. Not only was attendance robust, but so were per-caps and length of stays. “People are willing to spend on a good product and the Erie County Fair is one of the best fair experiences in North America,” said Strates. “Between the midway, the free entertainment, mission-based exhibits, beautiful grounds, etc.… the Erie County Fair offers a tremendous value for the entertainment dollar. You can't experience the Erie County Fair in a matter of a few hours or even a day. This drives repeat visits during the 12-day run resulting in increased spending across the fairgrounds including the midway.”

He added, “both Strates Shows and the Erie County Agricultural Society (ECAS) take the time to listen to each other's needs and modify plans according to benefit both the customer and the financial success of the fair and carnival. Fair Manager Jessica Underberg has a good understanding of the outdoor amusement business and the challenges we face as our industry continues to evolve. We share in each other's successes and watch out for each other during unforeseen downturns. This all comes down to trust built over 99-years of honest communication and business.” 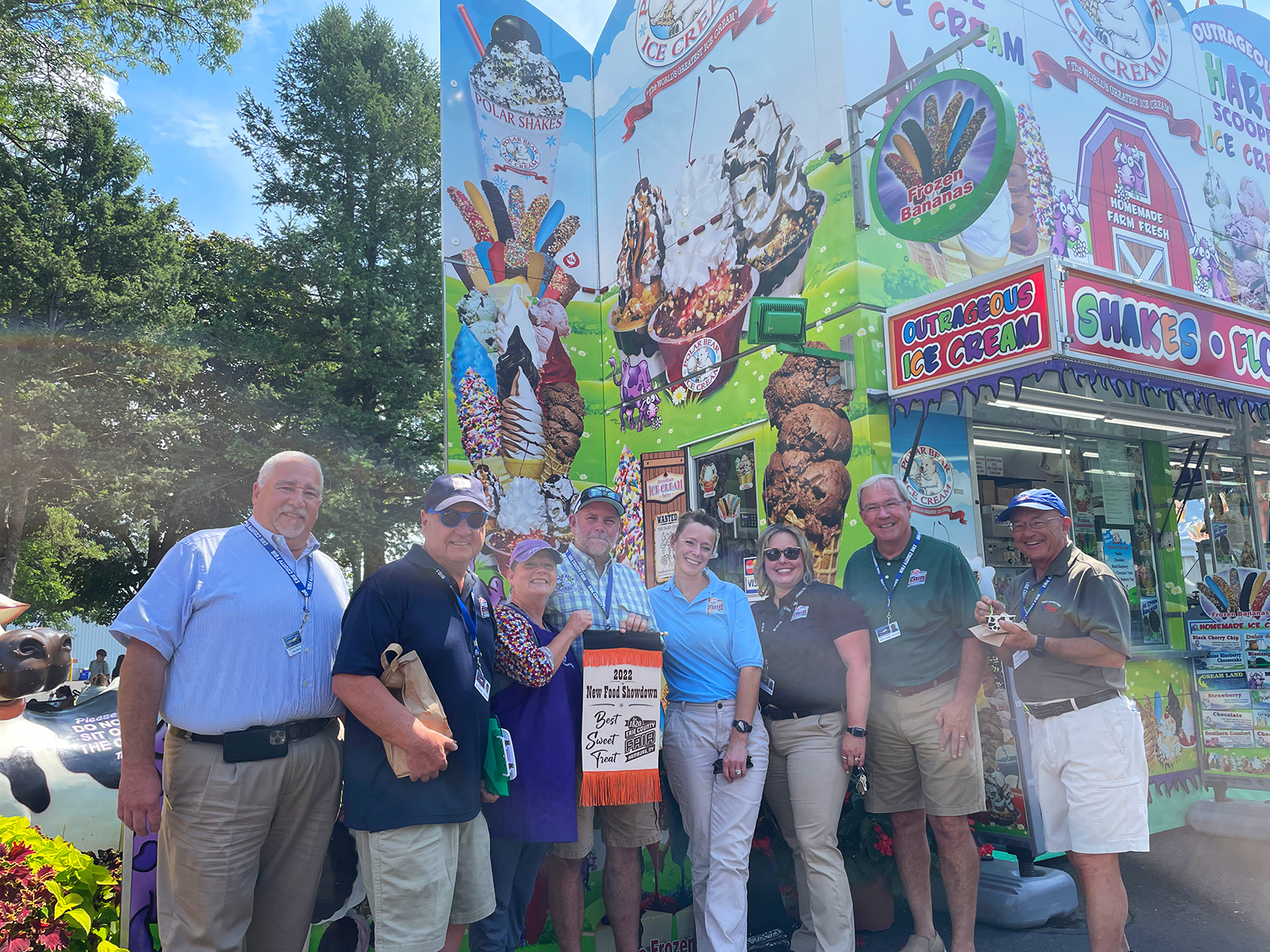 The fair's marketing campaign introduced  vintage notion that inspired nostalgic joy – A Roaring Good Time – and while the fair didn't dramatically shift its media expenditure allocation, there was a renewed emphasis on an online-led campaign. “The media mix was much of the same from 2021,” said Underberg. “We had a strong focus on digital placement including online ads, social media posts, google AdWords and SEO, in addition to the traditional broadcast efforts through radio, TV and print.  We work closely with our broadcast partners to provide additional exposure for the event.  The PR efforts help to build a strong awareness about the event and its activities with the NBC, CBS and ABC affiliates all providing live broadcasts during the fair. We also work with 4 radio stations that broadcast live directly from the fair.”

So, what were the biggest changes the fair faced? For Underberg, the answer is staff. “I think the new normal (or newest challenge) is how to keep employees engaged, motivated, and committed, we are ALL doing more with less. There likely isn't a fair out there that is “back to normal” in regards to staff. It's tough to keep asking people to do what they do (weekends, nights, 12 days of fair plus set up and tear down). I am fortunate to work with a team of passionate and dedicated people.” 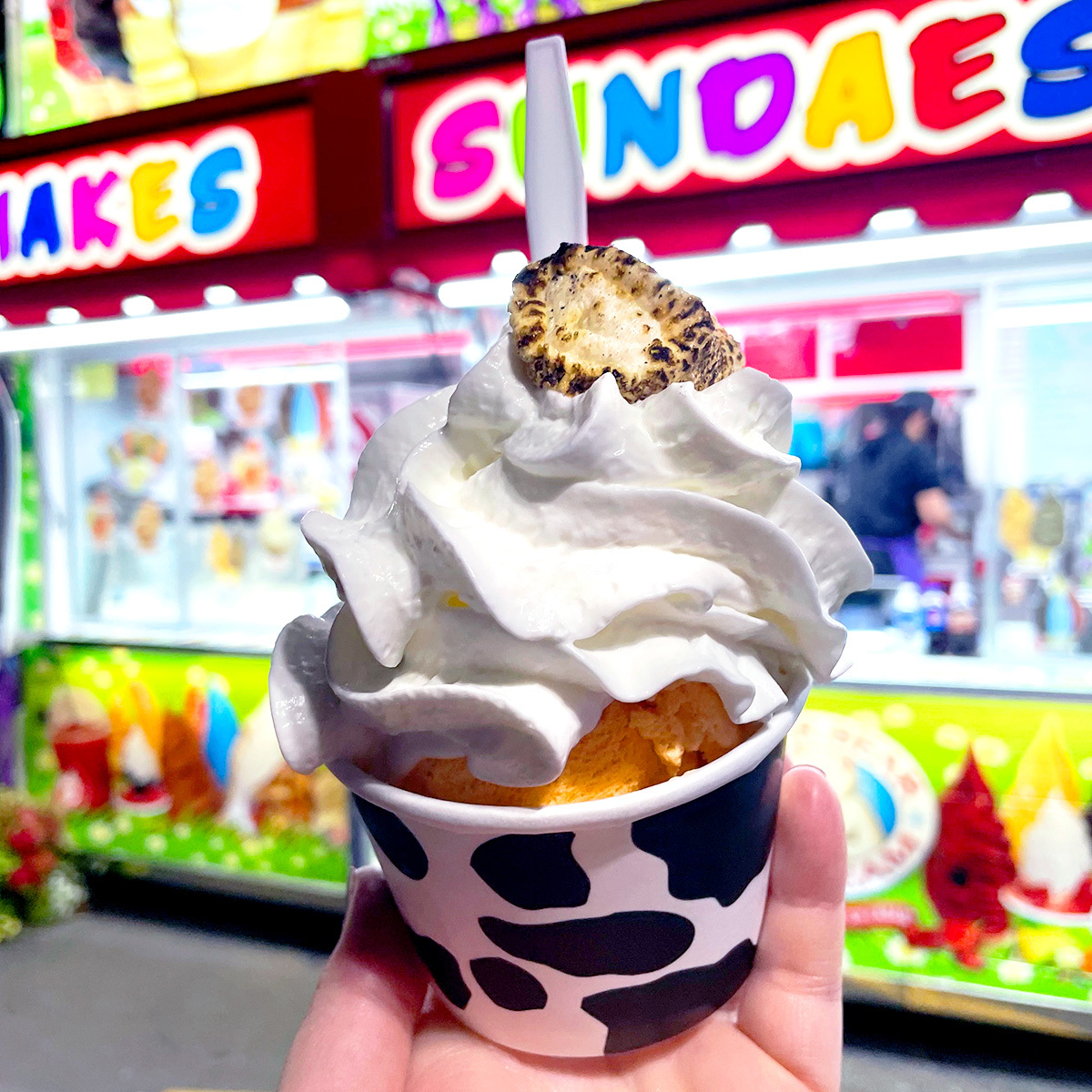