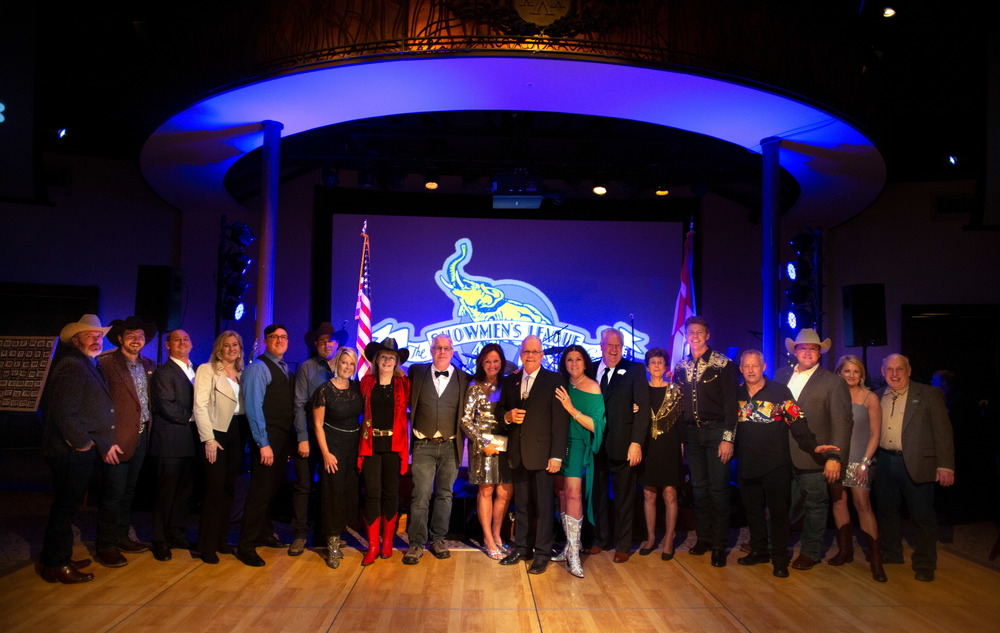 Since 1913, the Showmen's League of America has promoted friendship and good fellowship among its members. The SLA was initially formed to cater to the needs and wishes of show people everywhere, providing support through all of the ups and downs in life.

Today, the SLA continues to build on its foundation of mutual goodwill and determination established by its 40 charter members. The SLA is the oldest organization of its type in North America. The elephant is the symbol of the league.

Andy Schoendienst, 2019 president, says the SLA is all about helping people and encouraging all individuals in show business to join the fold and receive the benefits that come with being part of the larger group.

“For years, people didn't think they could belong to the SLA if they weren't located in the Midwest,” Schoendienst said, speaking of the Chicagoland area in which the SLA originated. “But if you are connected with show business, you can become a part of our organization. The club has existed for more than 100 years, and the members are in the process of making it more of a global club and not just a fraternal organization.”


He added that one goal of the SLA moving forward is to put on more fundraisers and events during the year, such as the annual Christmas party, which will take place for 2019 on Friday, Dec. 13, at Hanson Elementary School in Chicago.

“Everyone can go, you don't have to belong to the SLA to go to the Christmas party,” Schoendienst said of the much-loved event.


The annual Christmas party serves underprivileged children in the Chicagoland area and provides a night of fun, food and even a gift for all children who attend. “It will bring a tear to your eye if you visit, the kids can't thank you enough,” he continued. “Everyone does a fantastic job. It's incredible just to watch the children, it's a heartfelt thing. Everybody chips in. If you are there and you're in show business, you pitch in. I would like to see the Christmas party expand across the nation.”

Another event the SLA will put on this year will include the upcoming Buffalo Bill Bonanza taking place in December, where a $50,000 prize 50/50 raffle will be offered. The money from the raffle will be used for education. The SLA grants up to $40,000 a year in scholarships.

The annual banquet and ball will take place December 3 in San Antonio, and Schoendienst said he will then turn the presidential reins over to his niece, Mary Chris Smith. This year's banquet and ball will feature a big show band and a production of Family Feud, wherein a mix of show people on one side will be pitted against people from fairs and festivals on the other side.

“It's going to be a lot of fun,” Schoendienst said. “We are also excited about the trade show,” he added. The Exhibitors Lounge Trade Show is also taking place during the IAFE Convention in San Antonio, December 2-3. “It's one of the best trade shows in our industry for buyers and suppliers. It's simple, and the actual buyers who attend are show people.”

There are a couple of changes on the horizon for the SLA. First, the league welcomes a new lead counsel, Boyd Jensen. “Mr. Boyd Jenson is in the process of helping us bring the league's bylaws into the next century,” Schoendienst said.


“Some of these laws were written 100 years ago. If they don't change, that stagnates the club.”

The SLA will also continue to place focus on growing the organization not only nationally, but also internationally.

“The league is important to our industry because some of your best friends are in the industry,” Schoendienst said. “We help each other out. The SLA brings people together. One of our goals in the future – we are a national organization with members all over the country and are starting to have international members. We want to bring everyone together.” 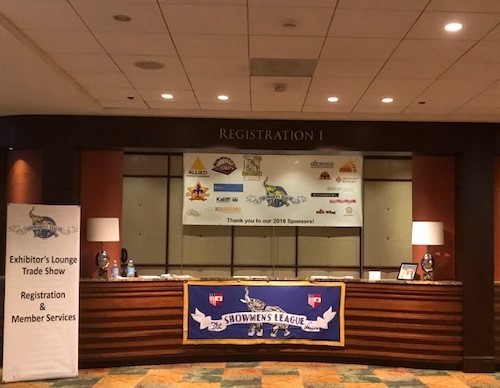 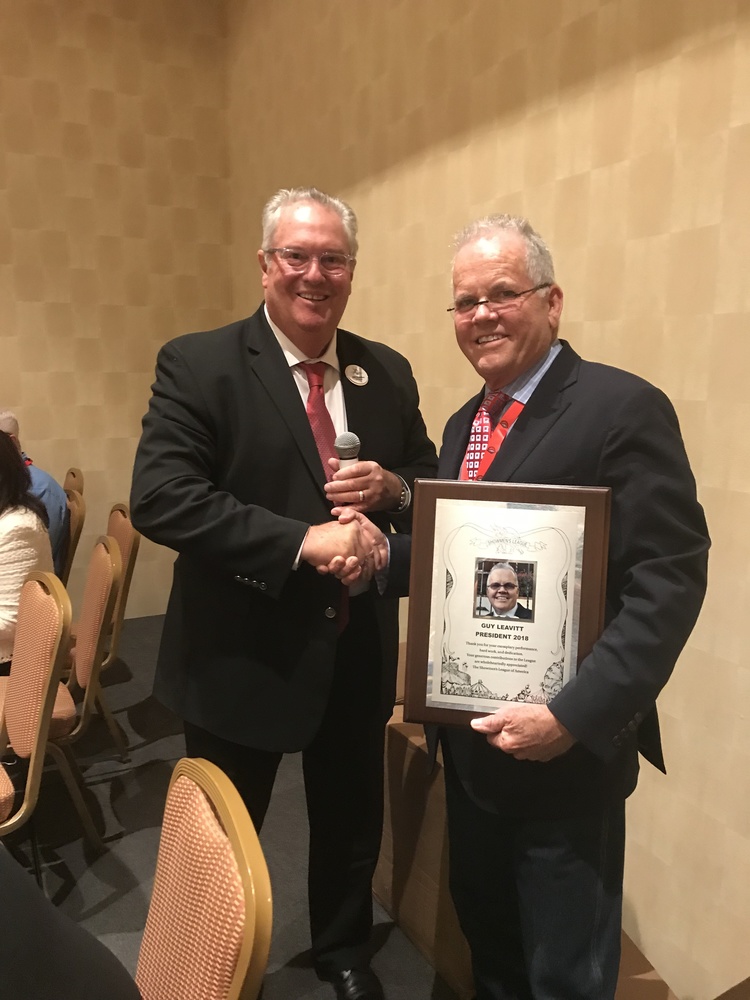 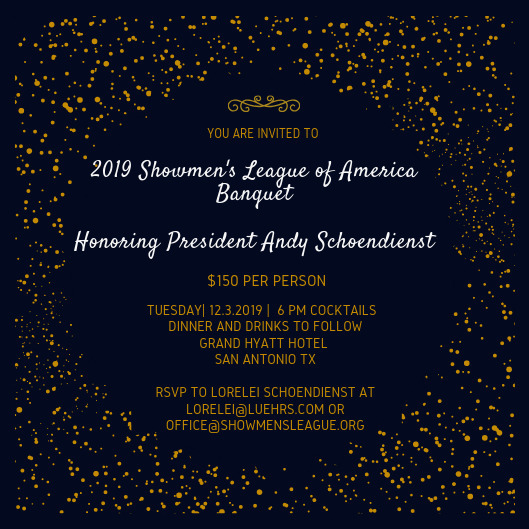 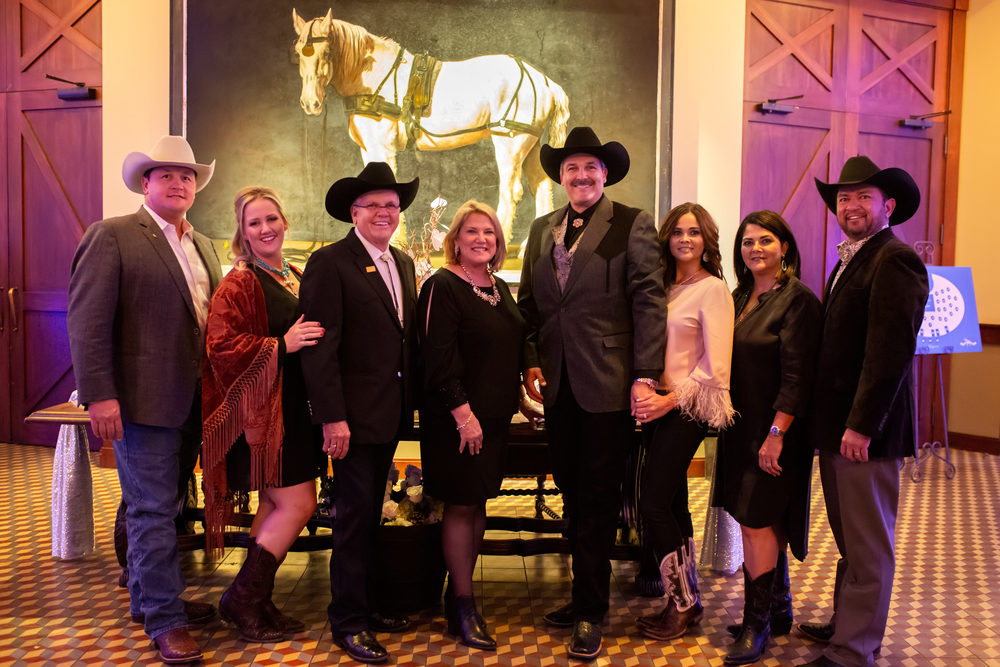