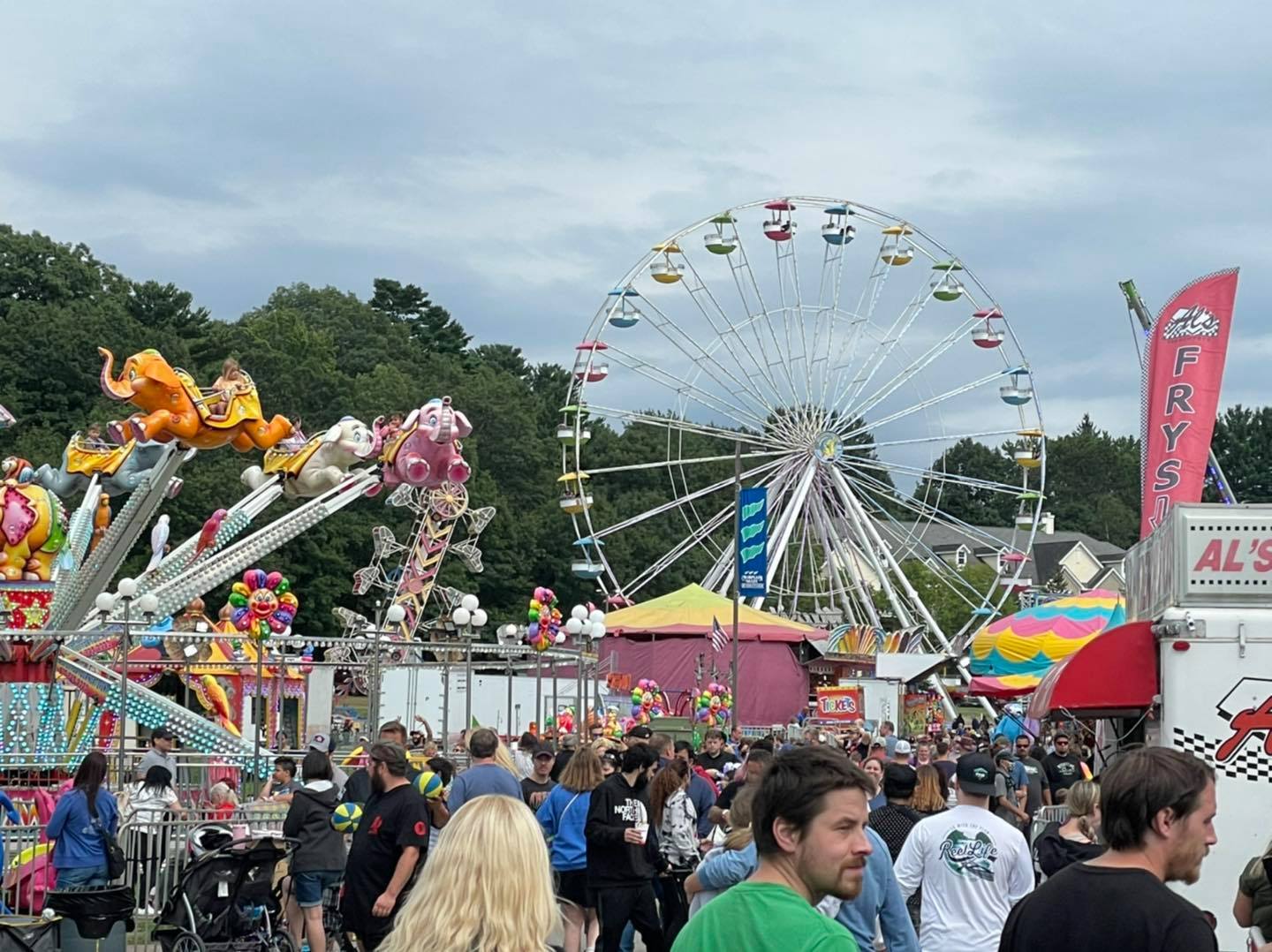 Bringing back the largest outdoor Vermont event came at the price of about 20,000 paid tickets.  The Champlain Valley Fair in Essex Junction did not get the greenlight for the 10-day, August-September fair until almost April.

Rolling over the 2019 contracts proved infeasible, as did the prospect of booking large-scale concerts in the grandstand so late in the fair planning process, less than four months before opening day.  Another factor came out of necessity – the 2020 cancellation of the fair as well as other revenue generating events and rentals, impacted the fair financially. By not booking the nationally known headliners, the high production costs those acts require were not incurred.

“It was all about controlling costs,” said Timothy P. Shea, Executive Director, Champlain Valley Exposition. “That was a big difference this year. We had our usual motor sports, so we rolled over those. But we didn't do hard ticket acts, instead we did five nights of Tribute Acts, all with free admission.” 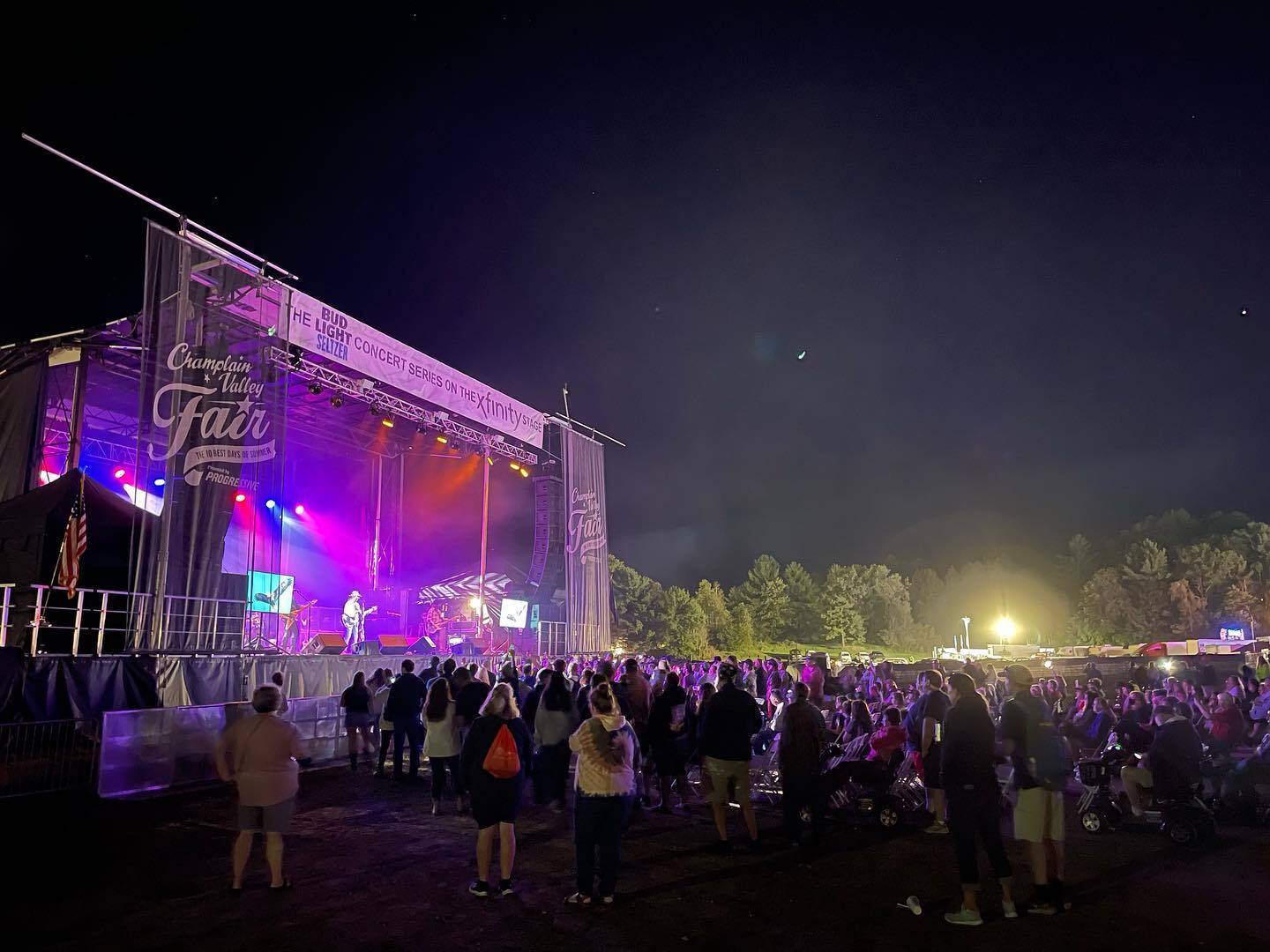 The human jukebox of fan favorite hits include faux impersonations and impeccable reproductions of a wide range of stars, including Michael Jackson and ABBA; Elton John; Dave Matthews as well as Titans of 80's Rock” Tributes to Poison, Def Leppard, and Bon Jovi; and “Country Music Festival” with tributes to Jason Aldean, Luke Bryan and Kenny Chesney.

The most popular among the signature motorsports events, such as Freestyle Motocross; Demolition Derby; and Figure-8 Auto Racing, was the Night of Fire and Destruction Monster Truck Show. “The Motor Sports drew the most crowds. The Monster Truck Show was very popular, and the demolition derby was big.”
The reality was the fair's coffers were depleted, so a cost saving strategy was implemented at all levels. “We needed to manage our risks,” said Shea.

The fair's cost-saving entertainment measures also catered to a more “hometown” crowd, with the Coca-Cola Vermont Music Showcase, which featured local musicians on two ancillary stages – the Floor Coverings International Stage and the Music Gazebo. The fair also doubled-down on the local flavor with a special College Night promotion, offering free admissions to students and a special concert  by Swimmer, a jam band based out of Burlington.

Aside from downsizing the stardom of its grandstand lineup, the fair rolled over most of its other entertainment and attraction offerings. “We cut expenses, but not to the point of reducing our grounds acts expenses. We had a full roster of ground act entertainment, the petting zoo, hypnotist and a strolling Dixieland band. All of those were returnees.”

One drop-off  in contracts were those with commercial good vendors. “The hard good vendors are having a tough time. They're suffering from the same labor problems everyone is, and they are having supply problems. Like our Hot Tub vendors, no one is interested in buying a hot tub and the retailer couldn't get the problem. We lost a lot of those vendors, and some vendors only took one booth where they take two or three. We spread the booths out more, so it gave people more room.” 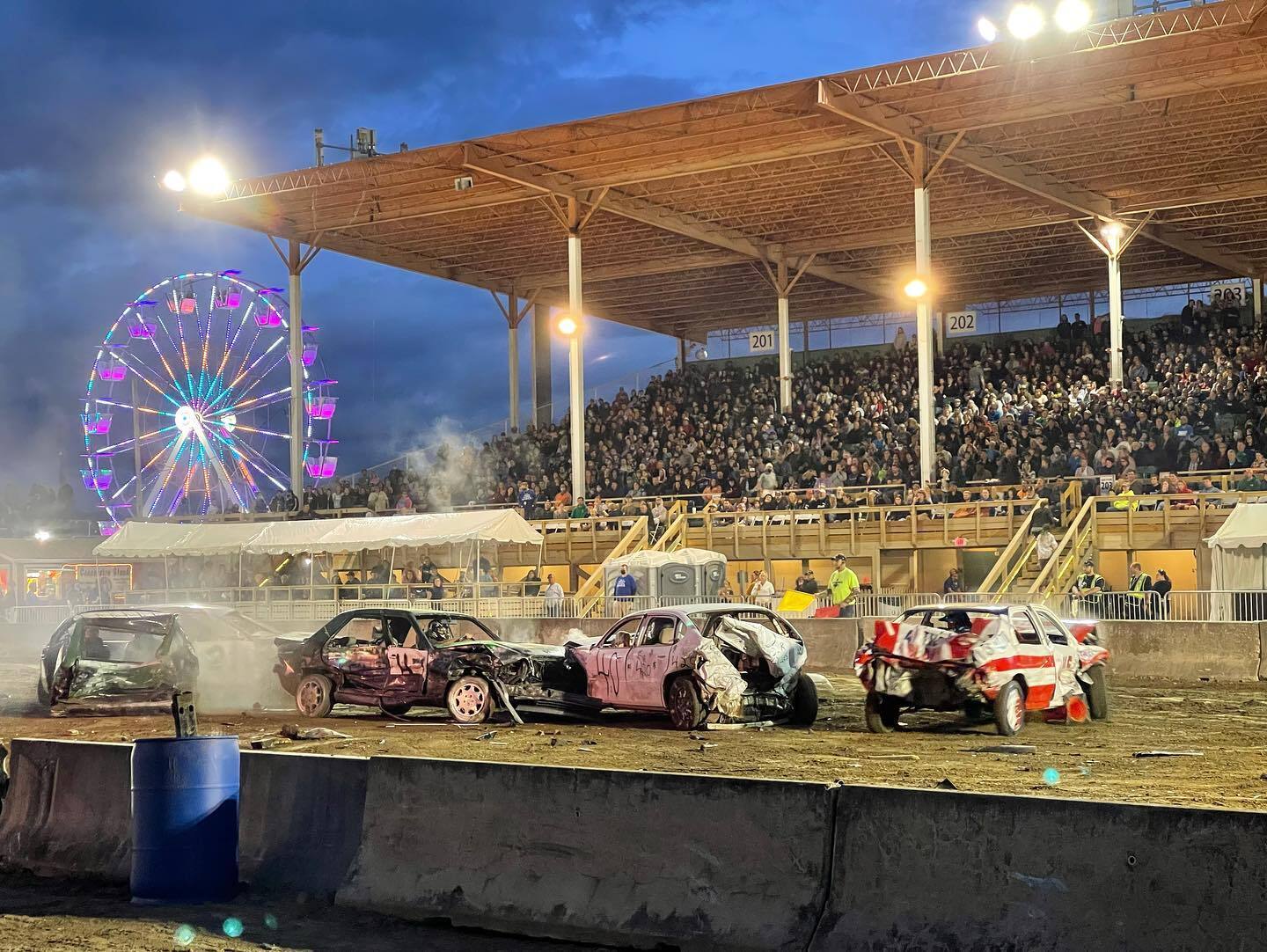 Freeing itself from the burdensome headliner cost enabled the fair to cut its advertising budget by 30 percent.  “We didn't run the big ads. The concerts were heavily marketed on radio, so we limited the radio and television advertising. We did a lot more social media, which really drives the turnout. We emphasized engagement on social media.”

Like other outdoor events, the Champlain Valley Fair marketing incorporated informative components, addressing issues such as masking, social distancing and other precautionary, COVID-era mandates. In addition, the fair implemented a new E-Ticketing system and a Champlain Valley Fair App. The perennial tagline – “10 Best Days of Summer” – was again utilized to positive effect.

Ad spending cuts limited the market reach for this year's fair, focusing more locally on its media expenditures. “We did no Canadian marketing. We always draw a fair amount from Canada, but our friends from Canada had travel restrictions this year. We spent more regionally and within Vermont.”

Weather-wise, Shea said “we were fortunate. We had never had a solid day of rain, but rain did come and went, so were a little bit off. Rain was threatening closing weekend, but we had a very strong Saturday, we couldn't have asked for a better Saturday.”

Shea estimates that the attendance was about 70 percent of previous fairs, which was the forecast. The fair usually attracts about 120,000. The drop-off was not a surprise, and Shea pointed that the fair was also operating with a near-skeleton crew. “We had laid off three quarters of our staff because of COVID. We were able to do some repairs and landscaping during the downtime, but we didn't start hiring people again until April. Some workers just vanished to other companies and decided not to come back. We could have used more bodies. Everybody has been hit by the labor shortage.”

Strates Shows, one of North America's leading outdoor amusement providers, provided the midway for what was  the 99th Champlain Valley Fair, a contract they've held since 2015. Shea pointed out that due to labor issues and other restrictions, the midway was cut a by a few attractions, most notably a roller coaster and the famed Strates Train.

Nonetheless, fairgoers were spending and in spite of softer than usual attendance, according to the carnival company, there were multiple record days during the “ten best days of summer” which culminated in all-time, single day midway gross revenue record for the fair on closing Saturday.

“After a year away, it was great to be back in New England with the Champlain Valley Fair,” said Strates Shows Director of Operations John Strates. “The carnival was well received by fairgoers who waited an extra year to experience the excitement of the midway due to the pandemic shutdown of 2020.”

The 2021 midway was highlighted by the return of Strates Shows favorites including the “Big Wheel,” “Dream Wheel,” the “Wave Swinger” and the Italian-made Bertazzon “Double Carousel.” 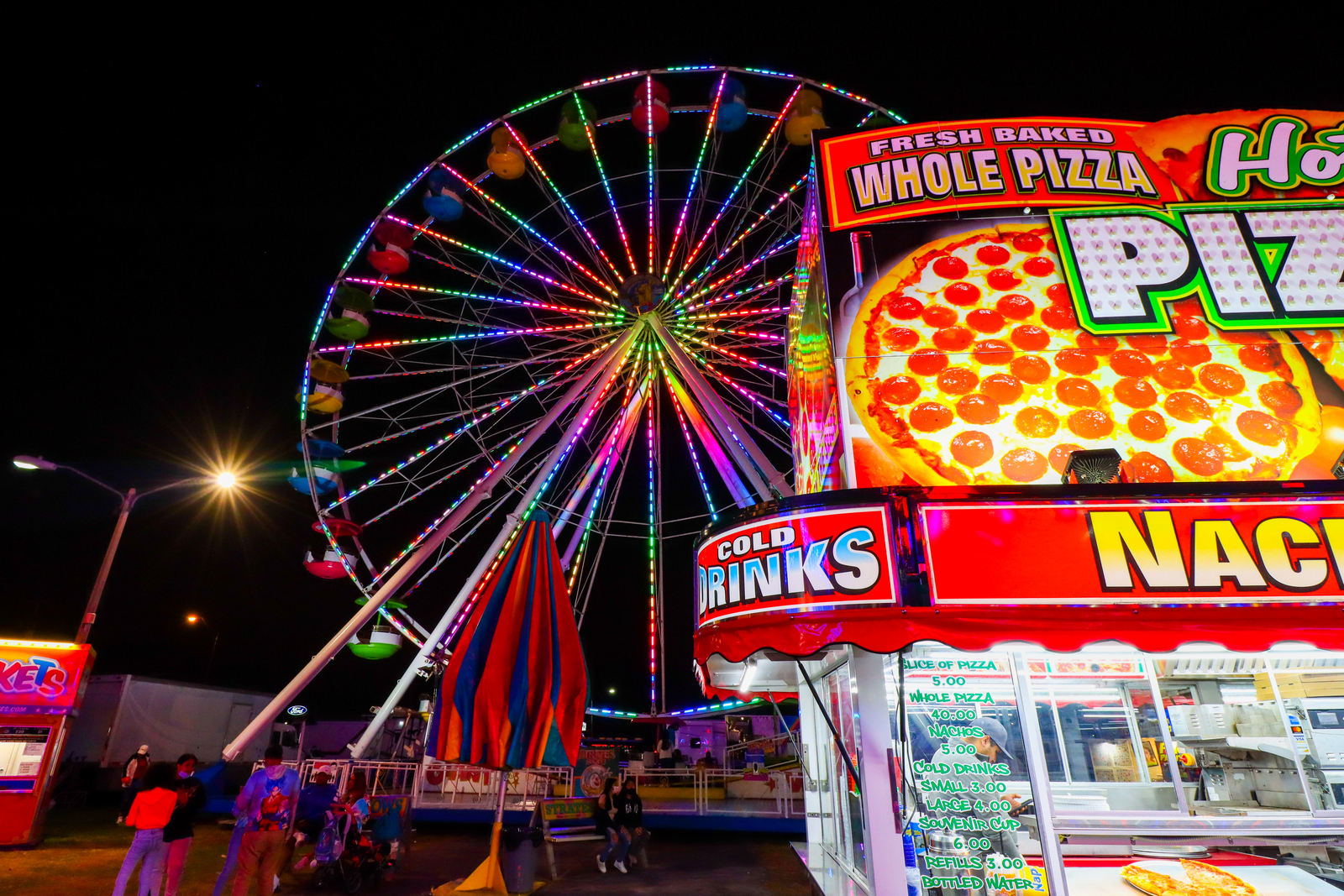 The fair is still processing all the numbers, but considering the shortened window, entertainment downsizing and a labor shortage that challenged operations, “The fair paid off for us and we surpassed our expectation. It was very hard planning, because December and January were very grim. We were never sure we would even have a fair. We followed CDC guidelines, but we were never sure what the capacity would be.”

This year's fair understandably had far different objectives than the other 99 Champlain Valley Fairs. To put on a safe fair for the community within many constraints, most notably the austerity measures necessitated by the need to cut spending.  “The fair was a bit different, but we've lived to fight another day.”
He added, “within two weeks of the fair, no cases of COVID were reported to be traced back to the fair.”