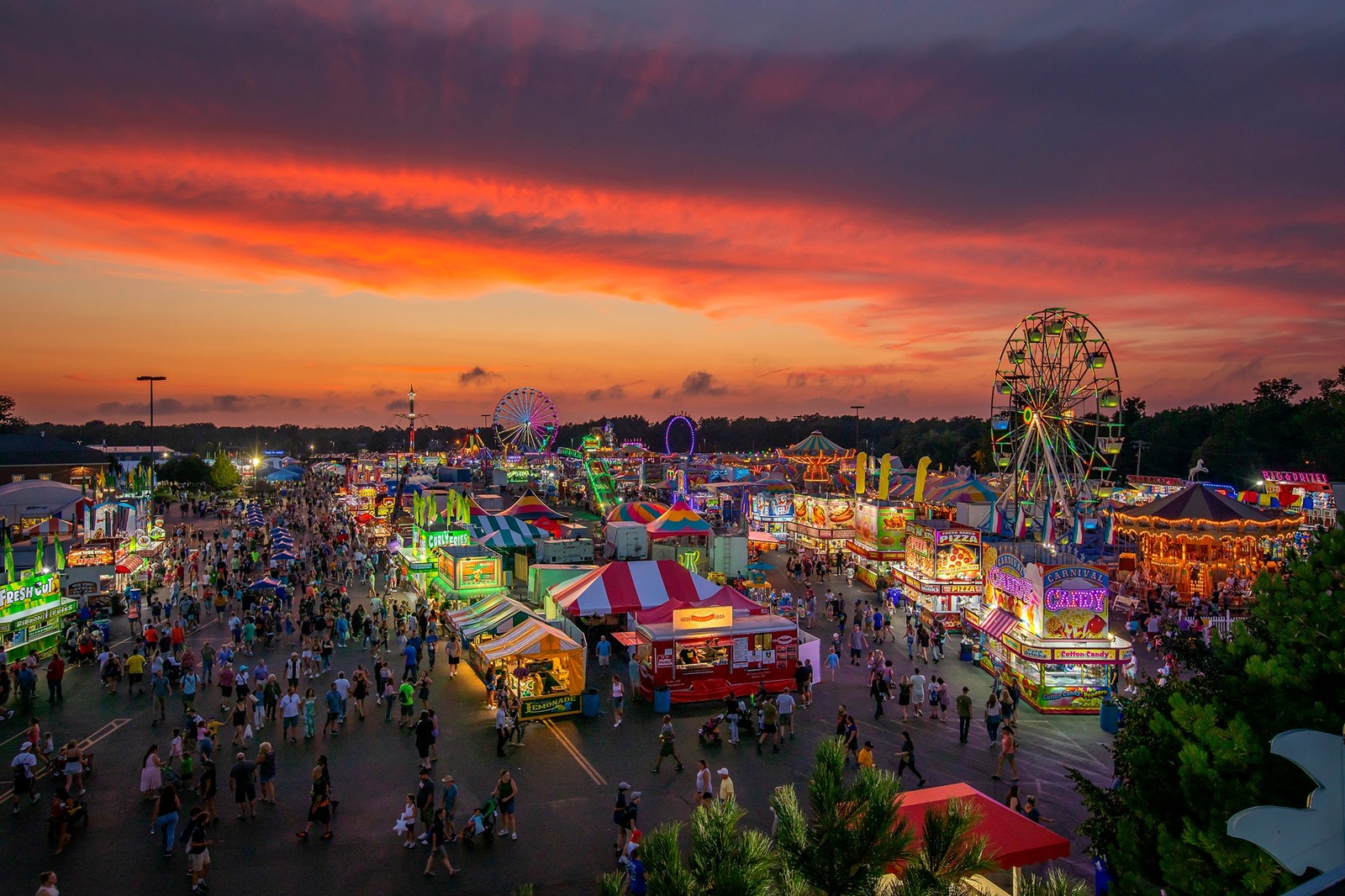 The Erie County tackled the two hurdles most fairs faced reopening in 2021 – planning delays and worker shortages. Unfortunately, the longer it took to get a greenlight, the more disruptive the impact labor deficits had on the entire planning process.

One of the largest county fairs in the Northeast, the Erie County found itself in the same predicament as  many other fairs.  New York was one of the epicenter states in the first wave of the pandemic, and one of the slowest to reopen. The dilemma was, even though the vaccine rollout had widespread public support and by the end of winter, the economy was expected to fully open by summer, getting timely guidance from health officials proved problematic.

The now former Governor of New York, Andrew Cuomo – who would be forced to resign due to sexual harassment allegations in one of the most sensational political scandals of the summer – has always been a high-profile supporter of New York fairs. Although he might have stood out for his leadership in steering state funding into fairs, he blundered in his initial reopening guidance announcement.

In what turned out to be one of his last press conferences unrelated to the mounting allegations of inappropriate behavior, Cuomo announced midway, grandstand and other guidelines – but only for the New York State Fair – in mid-April. Then, to the frustration of the other 54 agricultural fairs in the Empire State, he waited two weeks before expanding reopening plans and protocols to include other fairs.

Instead of the usual 12 months, the Erie County Fair had barely 80 days to assemble all the moving parts and finalize all the contracts requiring signatures from those moving part. But not only did the fair furlough most of its staff, their partners had their own workforce woes. 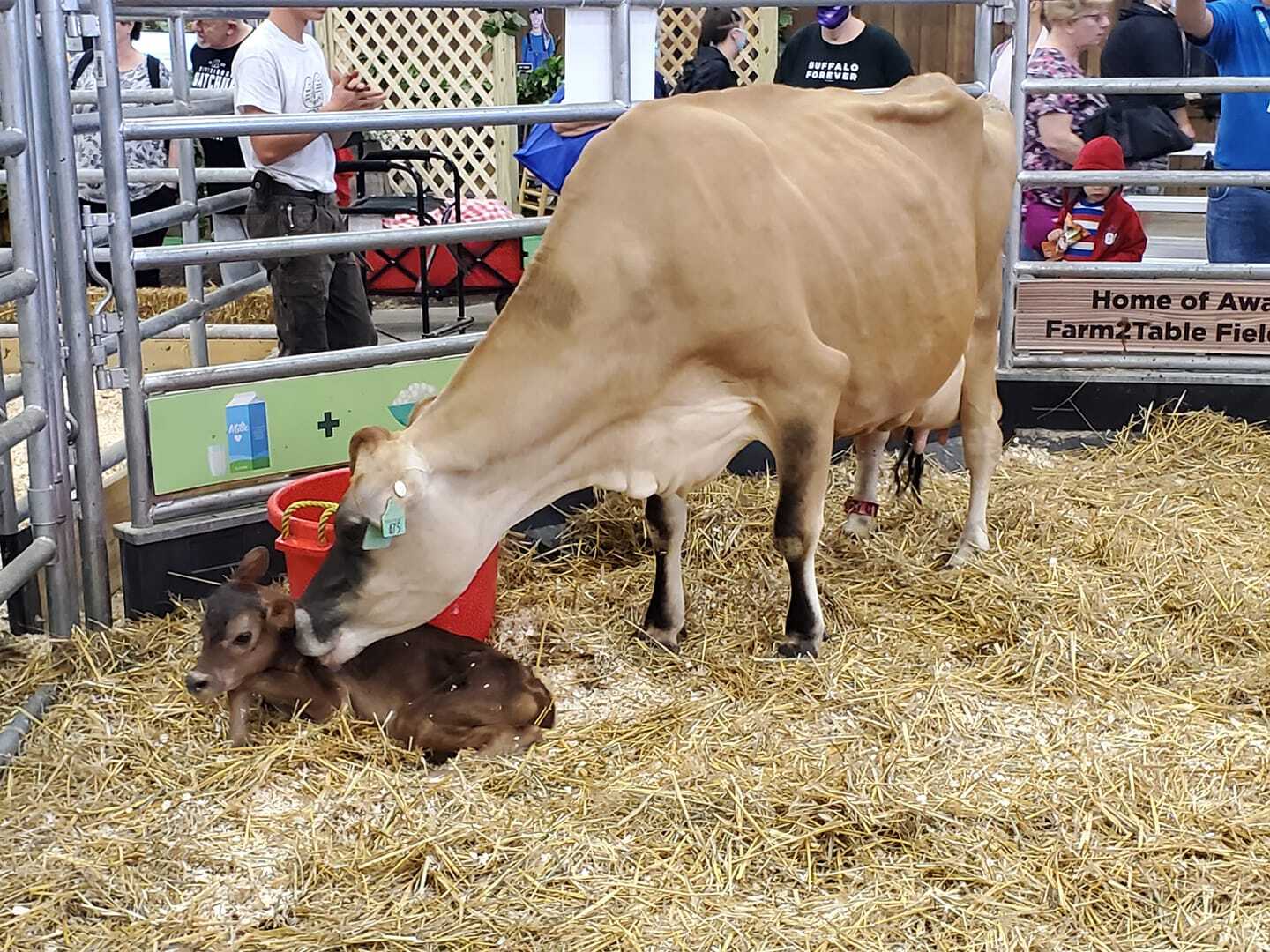 
“The hardest pieces on short notice were staffing and vendors,” said Jessica Underberg, Chief Executive Officer & Fair Manager, Erie county Fair. “Staffing has been a challenge for the fairs and their partners.  Many vendors had hoped to commit early on but between the cancellation of the OH State Fair and the overlap of dates of the NYS Fair and the Erie County Fair many couldn't make the route work.  Many of the vendors had a hard time staffing their booths.  A couple vendors had COVID issues when they were to move into the grounds and therefore had to cancel at the last minute.”

For the fair, understaffing continued from planning throughout the fair, increasing stress levels across the board. “We were down 6-8 people in our maintenance and grounds crew,” she said. “We were down four people in the office.  Each of our staff members took on additional responsibilities in 2021.  Everyone worked longer days and put in extra time.  It wasn't easy.”

Only 60 percent of the grandstand entertainment booked for 2020 could be rolled over into 2021. According to Underberg, the biggest draws were STYX, Jon Pardi and Gabriel Iglesias “We had one act cancel because of COVID,” she said. “It was a free show, so it didn't affect ticketing, and we were easily able to replace it.” 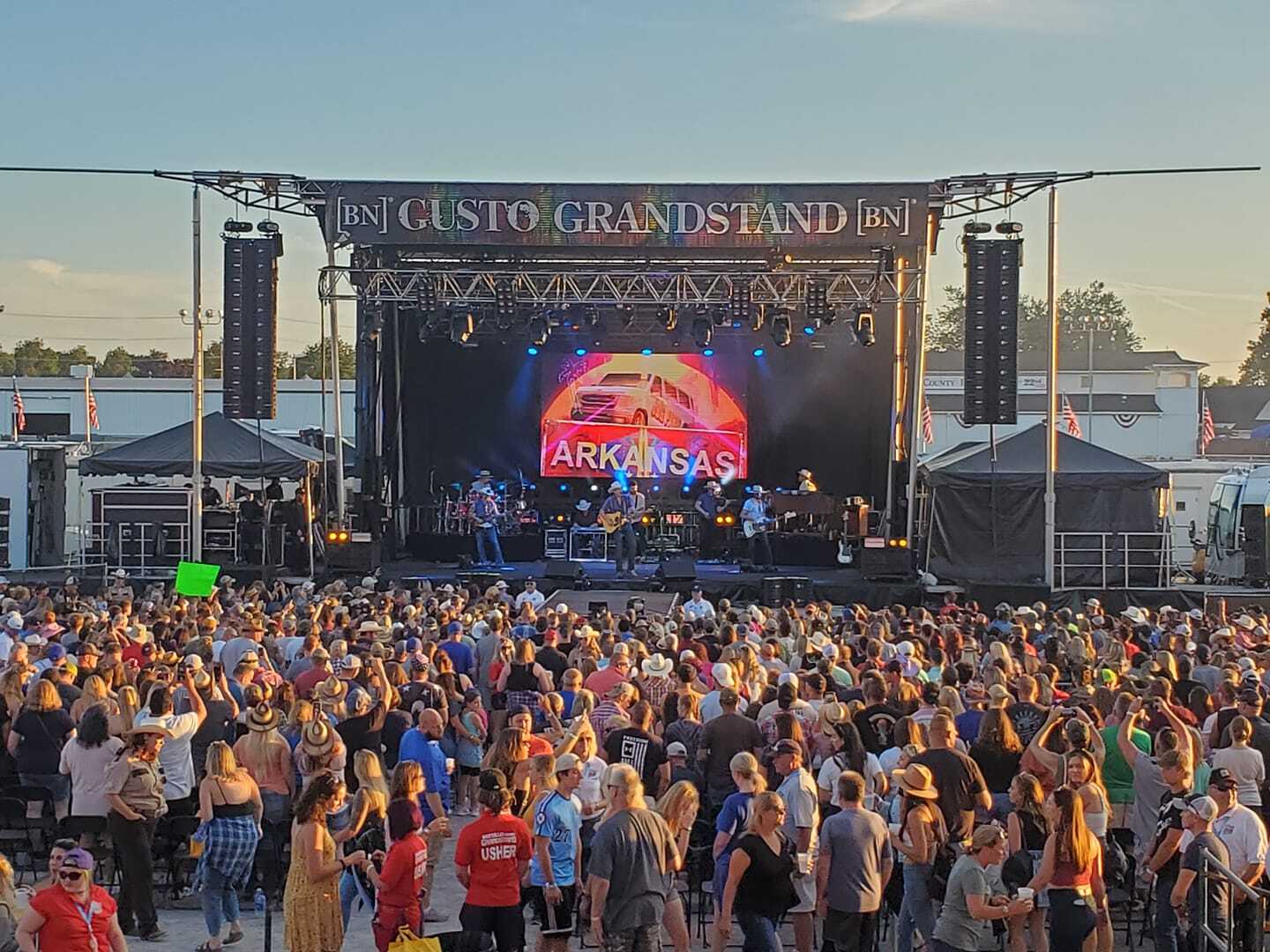 “We rolled over most of our grounds entertainment from 2020 to 2021,” she said. “We rolled some food vendors and concessionaires over to 2021, but there was also some natural attrition.

The smoothest transition occurred with the livestock and agricultural components of the fair. In pandemic times, everyone looks for places that will not add headaches, but the Erie County Fair's 4-H, FFA and other youth programming success in 2021 is not just a tribute to community support for the fair's core mission. It demonstrates how effective the highly truncated and downsized events produced in 2020 at the height of the pandemic had a positive impact on 2021.


“When the 2020 Fair was cancelled we ran an event called the WNY Youth in Agriculture Bonanza,” she said. “Because that event was produced during the pandemic (when large events in NY were not permitted) we were able to easily apply what we learned at that event at the 2021 Erie County Fair in the Agriculture areas of our Fair.”

Attendance reached 981,264, a decrease from previous years but in such uncertain times, previous metric methodologies are of little relevance. “Attendance was down 14 percent from our 5 year average, but a zillion times better than 2020,” she said. “Honestly, we didn't know what to expect.  I think there is still some hesitation by the guests to attend large events at this point.”

Nonetheless, the first weekend Underberg describes as “very very busy” and the ides of August, which was a Sunday, “ was as strong a day as we have had in years, (I'm) not sure it was a record without looking back at older records.”

Weather could've been better, with one of the most severe heatwaves to descend in the Northeast in history. “August 2021 was the hottest August on record for Western New York.  The first 3 days had heat indexes over 100 degrees.  We also had one solid day of rain.”

The James E. Strates Shows midway featured 51 rides.  “Midway revenue was up,” said Underberg, “There was a bit of a new layout. We closed a gate that changed their layout.”  Kiddieland rides, typically separate from the main midway,  were combined.

Top grossing at the fair were Giant Wheel, Pirate, and Musik Express, she said.


Even with cancellations and worker shortages, the fair featured 117 food vendors and a selection of attention grabbing and taste bud enticing twists on fair cuisine. “The Dirty Bird Chicken & Waffles and the Crafted Cob were both big hits. They were voted the best new foods by the public.  A new vendor to us was Peachy's Bakery, and they did well too.” 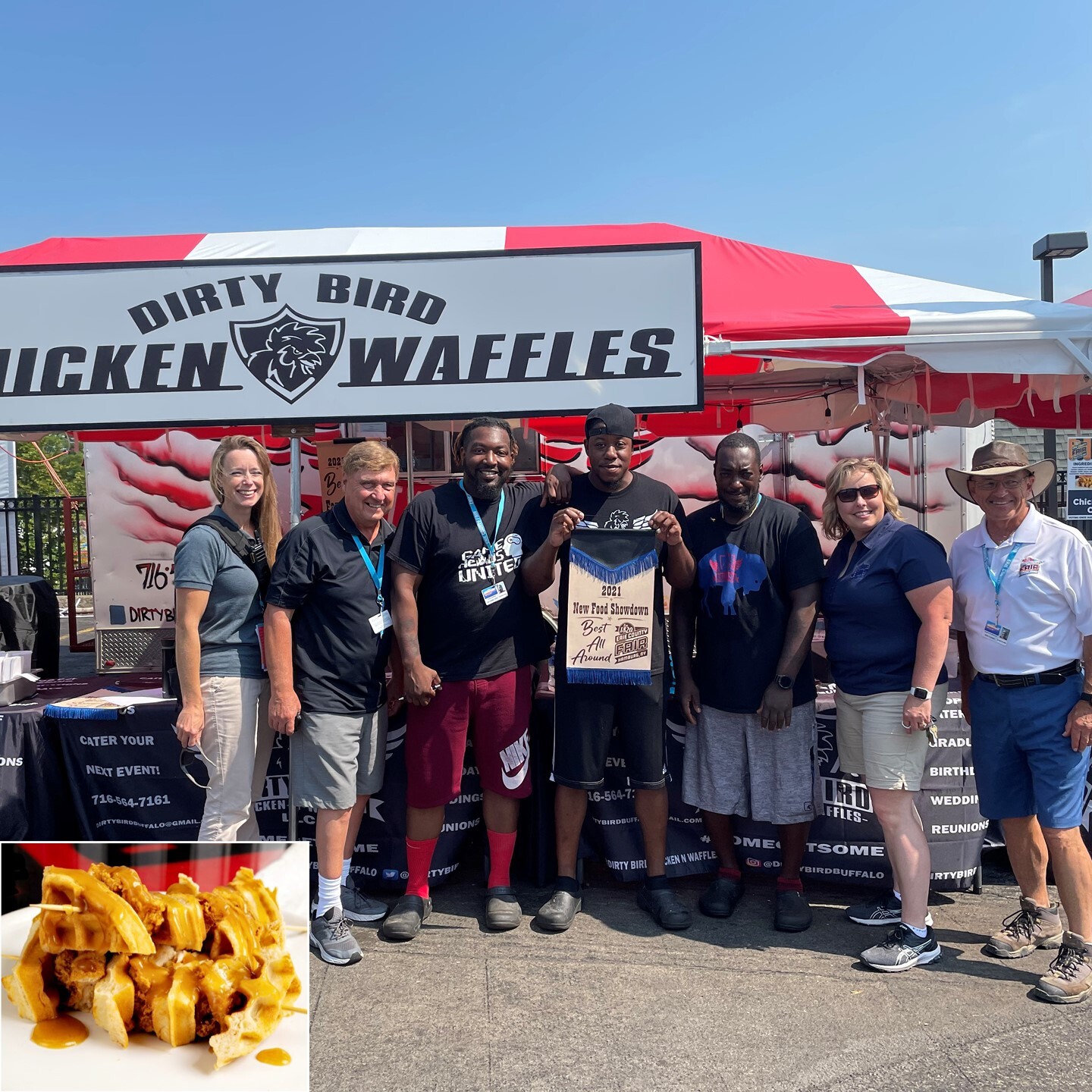 While behind the scenes, this year's fair may have been nerve-wracking, the marketing reflected the idealistic opposite.  The fair's marketing tagline for 2021 emphasized the childlike wonder and joy of summer – and slyly referencing the 2016 animated hit, Zootopia – “Summertopia  - the feeling where everything is perfect.”

The marketing emphasis went heavily towards Facebook, Instagram, Twitter and other platforms. “We utilized social media, TV and radio,” she said. “We did very little print advertising.  We did not print brochures, posters, daily sheets or our 8-page piece.  Relying on social media allowed us to be flexible and fluid with our messaging that was constantly changing.”

Erie County showed no spikes in COVID cases following the fair and when asked if any cases were traced back to the fair, she replied: “not to my knowledge.”

The twin-specters of work shortages and the abbreviated planning time proved obstacles that the fair proved able to overcome. The goal of the 2021 fair was not break records, but to reopen against all odds. “Expectations for this year were to simply get the fair off the ground,” she said. “There was a time, as late in the year as the beginning of May, that I wasn't sure what the fair would look like.  I continue to be impressed by our staff's ability to be flexible and forward thinking to be able to pull of what we normally take a full year to plan.  I am also thankful for a supportive Board of Directors who, even though there was so much uncertainty, continued to support the staff and the concept of having a fair, regardless of what it might look like.”

The 2021 Erie County Fair certainly resembled previous fairs, which is what the fairgoers wanted, a return to normalcy. But for the professional in the captain seat, 2021 felt like nothing else. “I think most fair managers will probably tell you that they picked up duties that they either haven't done before or that they haven't done in a long time The 2021 Fair was hands-down the hardest fair in my 25 years to put together and hold together.  I hope not to repeat it but am very glad that we were able to pull it off.” 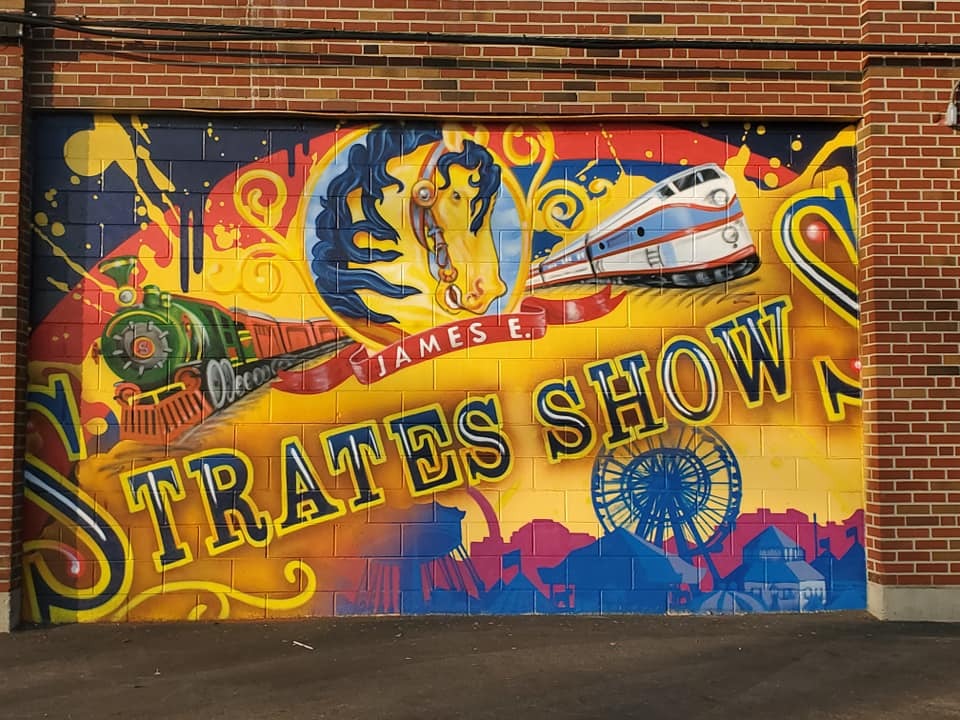