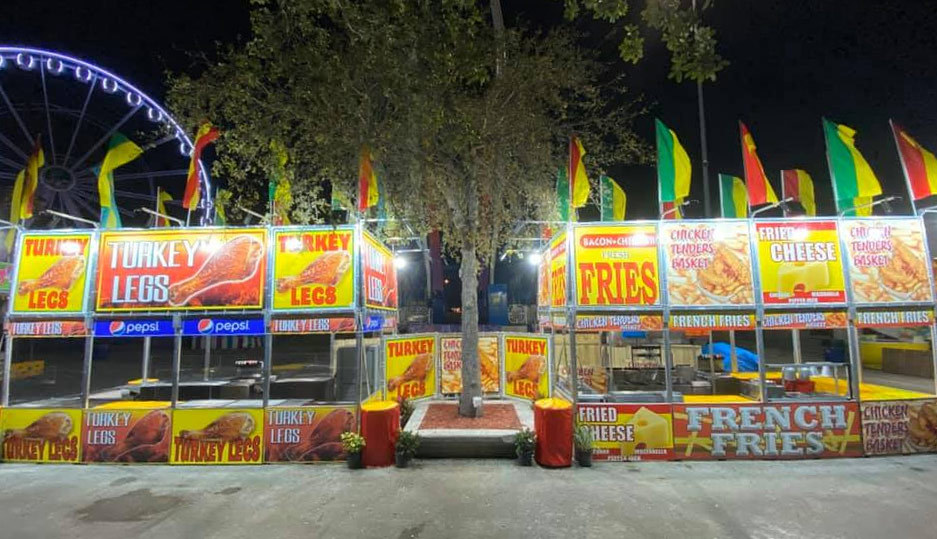 Remaining in contact has been important for other providers of key components of the midway. Gentry Miller, who with his wife Emily operate Josephine Glazed Donuts and The Ring Master, running multiple food stands including a new Turkey Leg operation that was set to debut at his first of the fair of the year, the Miami Dade County Youth Fair, which was cancelled less than 24 hours before opening.

“My oil was hot,” said Miller. “The Miami Dade County fair was the cleanest, most prepared fair I've ever seen. There were hand sanitizers 30-feet apart, we were ready. We had a two hour meeting with the city and went over safety procedures, and less than 24 hours later we were closed. ”

The company is down to four full-time workers, and the staff can go as high as 20, which also includes local help.  Other staff-members have filed for unemployment.  The concessionaire does have an annual spring gap before moving to more northern events. “I haven't lost any more events, but everyone is watching the Indiana State Fair in August really close and also Michigan.  They're all optimistic, that we they will go on with business as usual.” 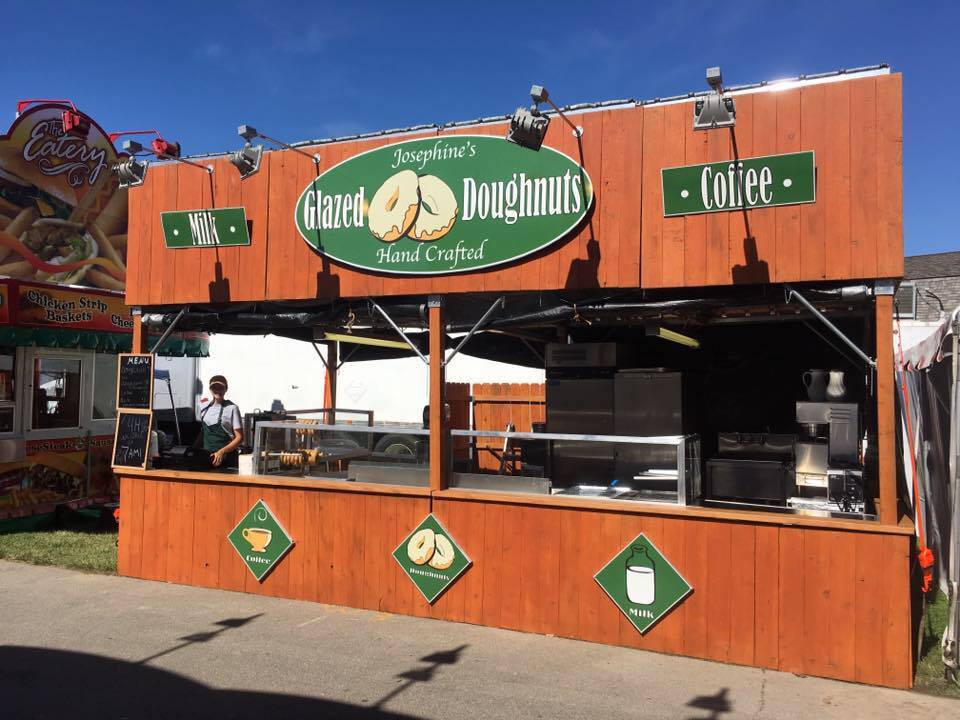 The late summer and fall fairs and events have also been understanding. This time of year is when contracts are finalized, with many fairs requiring a deposit from vendors to secure spots. With the shutdown eroding cash flow, revenues for deposit are basically slim to none. “We have been working with each event, and they have been very understanding,” said Miller. “They are waiving the deposit, reducing it, letting us delay, or splitting up the deposit into two payments. It's a case by case by as to what they will do, but everyone has been very generous, and that's been key.”

One immediate concern was food, both what was ordered for the first leg of the 2020 route and the contractual orders placed with food suppliers. After the initial announcement, Miller and his wife gave out free food to the other midway workers as they packed up equipment and prepared to leave the Miami fair that never was. “We all were in shock,” said Miller. “We gave away food to everyone on the fairgrounds.”

With much of the inventory frozen, the financial hit due to perishable food was about $1,000, said Miller. As another sign of industry support during a time of unprecedented crisis, Miller cited that most of the manufacturers and supplies, especially Ron Porter at Fair Foods Corp., “were very understanding and professionals. We were able to work out all the returns on very reasonable terms. Everyone is in this together.”

The ordeal has made Miller circumspect, perhaps even darkly optimistic. “The Spanish Flu pandemic of 1918 was very devastating, but look at what followed, the roaring 20s, a booming economy and a decade of growth.” 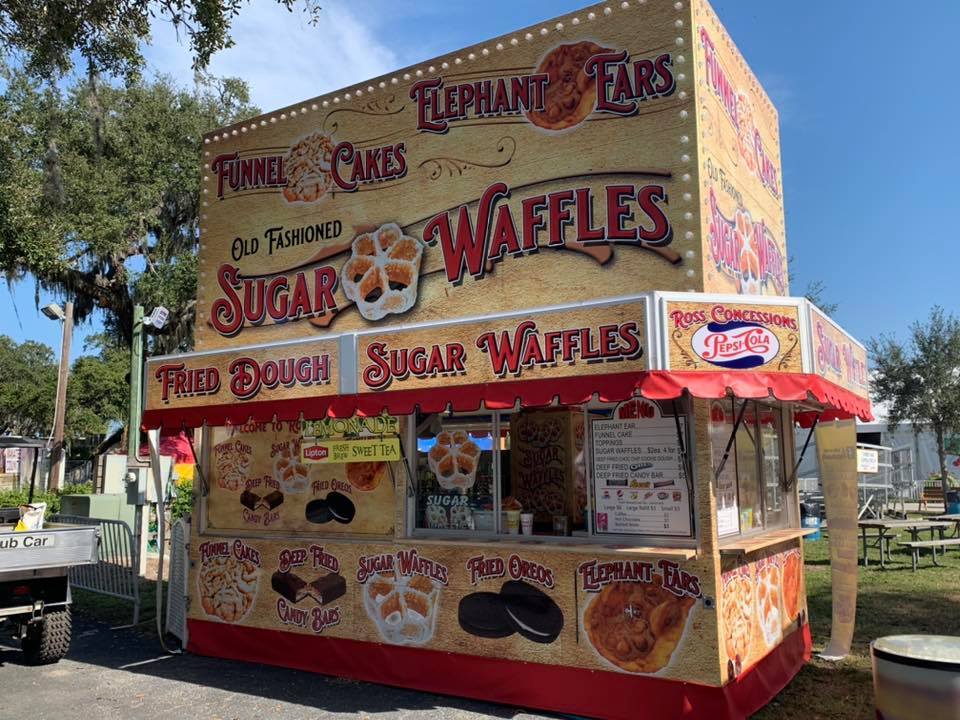 Ross was one of the main food vendors at the Firefighters' Indian River County Fair midway, an event that was cancelled two hours before its scheduled opening.  “We had an inkling it was going to happen, people were at the gate,” said Ross.

Shortly thereafter it was clear the company's remaining spring season was gone.  Unlike many vendors, Ross Concessions has a break in its route in April and May, although instead of going on vacation Ross is complying with stay-at-home quarantine restrictions and talking with fair managers.

“The fair mangers want the fairs to go off, the communities and organizations have invested in the fair, paid for marketing, they are counting on that money as much as we are,” she said. “I really feel for my fair managers, they are very frustrated.”

Ross noted that the food suppliers were very “understanding,” even accepting returns on perishable items. What couldn't be returned – which included a palette of potatoes – Ross donated to food banks.

She spent much of March and early April working with fair mangers for the fairs later in the year, all of which were set on continuing their events and understanding when it came to deposit negotiations. “I recommend reaching out to your fairs, because they are very understanding about the deposits. I explained to them that I was uncomfortable sending them rent at this time because of the cash-flow issues due to the shutdown. I've been going to these fairs for years, so I'm not sure what sort of arrangements they would make if you're a new vendor.”

The COVID-19 outbreak can be felt throughout the industry, and that mutually felt struggle might be the unifying factor most needed to survive a national economic downturn. “It's a huge catch-22, the fairs can't be fundraisers for their organizations, and if they don't go on, then the tent rental business is hurt,  and on and on. It's going to be rough, and maybe it will shake a few companies whose routes were cancelled and they weren't able to make it through to next year. It's in times like these the industry must stick together and support one another.” 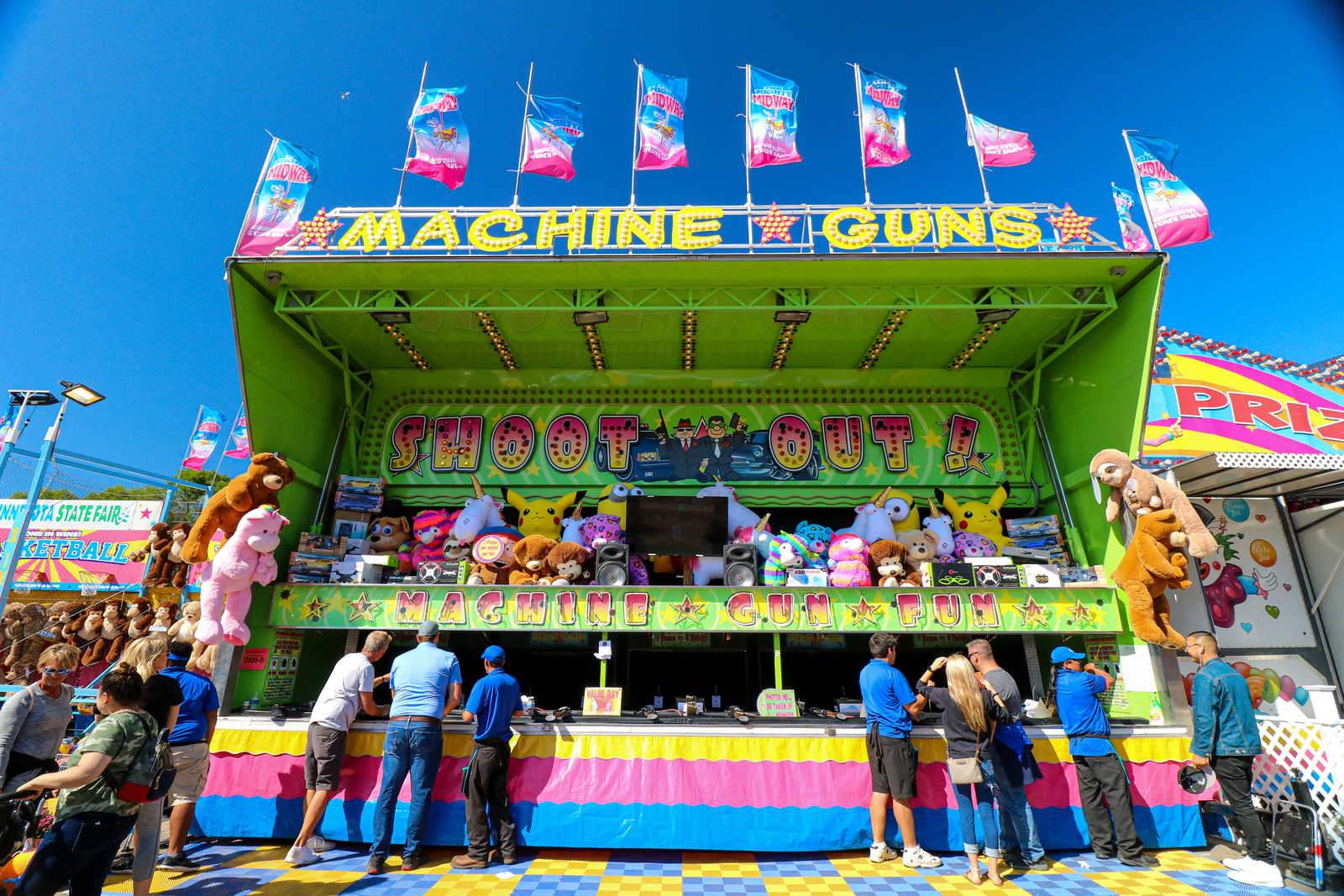 Albeit at a lower tempo, Bob Space Racers (BSR) continues to manufacture games. The bifurcated corporation both designs & manufacturers games as well as operates them, generally contracting with NAME (North American Midway Entertainment). Celebrating its 50th anniversary in 2020, company enthusiasm couldn't have been higher as they prepared their midway games  for their first fair of the year, the Miami-Dade County Fair.

While the cancellation of one of the highest-profile events of the spring fair season instigated a cascade of cancelled or postponed events that soon morphed into a complete industry shutdown, orders that were placed still had to be filled, so the manufacture of the games at the company's Florida plant went on, although the workers had to adhere to Safe Social Distancing protocols throughout the factory.

“We do have a government-mandated stay-at-home order, but we are running the factory, receiving and shipping orders,” said Larry Steele, Sales/Project Manager, BSR.  “We are meeting the challenge and keeping everybody safe.”

BSR has been able to retain a staff of about 80. New orders may only be trickling in, but no one has cancelled orders, although the company has instituted a policy of banning game installations at facilities, such as Family Entertainment Centers, for the near future. “The worst are the games that have been built but cannot be installed. It's been a tough pill to swallow for everyone.”

In addition, supply disruptions for certain parts and other components, such as canvases have prolonged build times. For the traveling game concessions, the enforced downtime means a total business standstill. “It's our peak season coming up and we're definitely hopeful that we can get back on the road.”

Meanwhile, inspired by stories of factories switching to making much needed Personal Protective Equipment, such as face masks, BSR is adapting its game technology to help alleviate the ventilator shortages impeding relief efforts. The company is adapting the tubes for its Top Glo line of games into a key component for a low-cost, ventilator part. “We're fine tuning it now and working with a local healthcare facility,” he said. “We're doing our part as best we can.”

The couple's new joint never opened at the Miami Dade Youth Fair due to the COVID-19 shutdown.