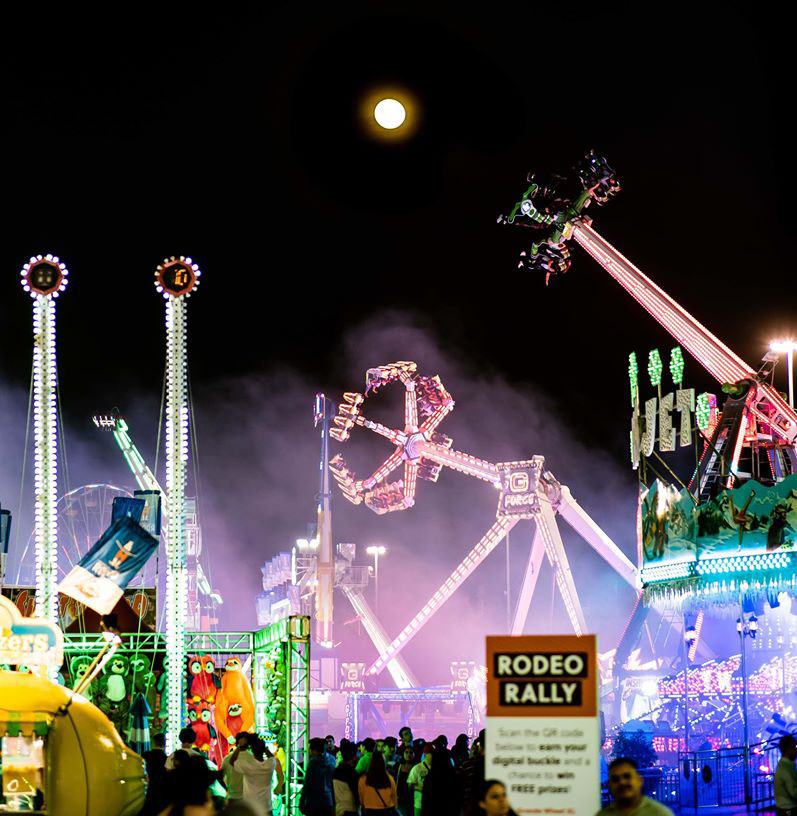 RAY CAMMACK SHOWS AT HOUSTON LIVESTOCK SHOW AND RODEO 2020
The Houston Livestock Show and Rodeo was open for several days in early march before being shut down for COVID-19 related concerns.

Like so much of the world and the economy, the fair industry shutdown by Mid-March, forcing carnival companies, food and game vendors to do something rare indeed – spend spring at their winter headquarters. The COVID-19 pandemic has negatively impacted nearly every sector of the global economy, for the live event industry, it has meant an absolute shutdown, erasing critical weeks that turned into months as it's clear that events in April and May were removed from the calendar.

The repercussions are felt throughout the industry, surely testing the limits of the profession's inherent optimism and affecting businesses of every size. Ray Cammack Shows (RCS), who had a midway up and running before the Houston Livestock Show & Rodeo closed after being open for a few days the first week of March. Like other companies, as reports of the Coronavirus spreading and the CDC issuing Safe Social Distancing and other guidelines, RCS soon saw a cascade of cancellations evaporate the spring season. Coachella Music Festival, Spring Fling, Pima County Fair, and the San Diego County fair where RCS books equipment on the independent midway, have all announced cancellations.

“We're hoping to get back to normal, like everybody else,” said Lopez. “We try to stay very positive, but you watch the news and it's all doom and gloom. Things are changing, it's very nerve-wracking.”

During this protracted layover whose length remains undetermined, the company is far from inactive. The company's H-2B workers have been sent home and the workforce is down to a core of employees, many of whom are living on the company's compound just outside of Phoenix. While the company lost all its April gigs, RCS is usually on hiatus during May so the losses may lack some of the severity experienced by RCS's colleagues and competitors, but erasing revenue streams has a negative impact that only begins with the shedding of labor.

“We're doing some projects, keeping up with maintenance and our scheduled annual inspections, but we're working with a skeleton crew, so it's all hands on deck,” said Lopez. “Also, we are doing the same work but with a limited budget, because we lost all most of March and all of April revenue, so we have gotten creative with our limited funds and staff.”

It's a similar scenario faced by every carnival company and midway provider, being stuck at winterquarters when they are usually on the road and working on projects with limited staff.


For Powers Great American Midways, the vast majority of the ride refurbishments had been done during their usual holiday break at their headquarters in preparation for the season. Now in the unusual position of spending the first weeks of spring at its headquarters, the company is completing a series of what Corky Powers calls back burner projects, mainly entailing re-racking trailers, repainting the company's fleet of about 60 trucks and other miscellaneous jobs.

The staff has been consolidated down to about two dozen – four crews are working in the garage, in groups of two or three, and taking all the prescribed social distancing and safety precautions.  Most of the workforce is living at the Powers Great American Midways compound.

“We're feeding them, and keeping them occupied,” said Powers. “With a show our size there's never an end to the projects that can be done. I'm going to try and hold as long we can. I'm applying for any assistance, working closely through my bank. We are talking with the OABA, following their guidelines and talking with my friends. With these new applications, you have to make sure everything is filled out right, that all the is are dotted and the ts are crossed.”

When the mid-March shutdown occurred, Powers was playing a back-to-back weekend mall gig in North Carolina, where the company is headquartered.  “Everyone was very conscious of the virus, and we did due diligence at the mall, wiping down the equipment. Attendance was down, we did get teenagers but all the military in the area were scared off. I can only surmise that what kept people away was the virus and because of all the stuff that was on the news. Now it's a political mess.”

Powers has not only lost April and May, but a few June dates have already been cancelled. While cancelled days at a fair are relatively common, and it's almost completely unheard of for a fair to never open, no one has experience an economic freeze like the current pandemic. “Never in my life have I see anything on this scale,” said Powers. “We hope and pray that we can back to the business that we love. We can never make up the dollars we've lost this year. I'm glad we still have major work coming to the shop because it keeps my mind off the bad news, and the fact that every weekend since the shutdown seems to be beautiful weather-wise.”


“Everything is parked, we're keeping expenses down and we're seeing what the government is going to do,” said Morris Vivona of Amusements of America, who noted that the organizations, such as the Outdoor Amusement Business Association (OABA), have been active in updating midway providers with the latest developments. “It's an industry wide problem, but our lobbyists tell us that the government is sympathetic to our issues.”

Amusements of America is headquartered in New Jersey, where by mid-April more than 71,030 cases of Covid-19 and 3,156 fatalities had been recorded. N.J. office staff, under stay at home orders, are working remotely; Vivona sequestered at the company's winter headquarters in South Carolina, where the season came to a screeching halt. An event in Durham opened March 13, then closed March 14. “I was doing all my maintenance from December on, then I went on the road for March we were opened two days.”

He foresees at the minimum, a loss of 10 weeks. “All good weeks, we can never make up that momentum.”

Adding to the frustration is that the extent of the outbreak, state and federal ever-evolving policies responding to the health emergency, and the impact on the national economy continues to change, or as Vivona describes it, a “fluid situation.”  By mid-April, the May dates had been cancelled and at least one of Amusement of America's June dates cancelled.

“I'm not overly optimistic,” he said. “You just don't know how long this thing will last. I've heard a lot of fairs are not sure if they can get volunteers. A lot of the fairs we play, especially in New Jersey, are dependent on volunteers, but with people out of work for so long, they may not be able to volunteer.  For those communities and organizations, this is their main fundraising event of the year, and with them being canceled (it) really hurts those communities, they won't make up those funds.”

Nonetheless, Vivona said he was in “constant communication” with fair organizers and the prime-time summer season fairs  and other events are still confident that the crisis will be past and the show will go on. “Anything past Memorial Day  still seems to be going on. There are a lot of smart people working our June fairs so I know that they will make the right decision.  My July fairs are telling me that they are looking to do business as usual. They're very much looking forward to the summer.” 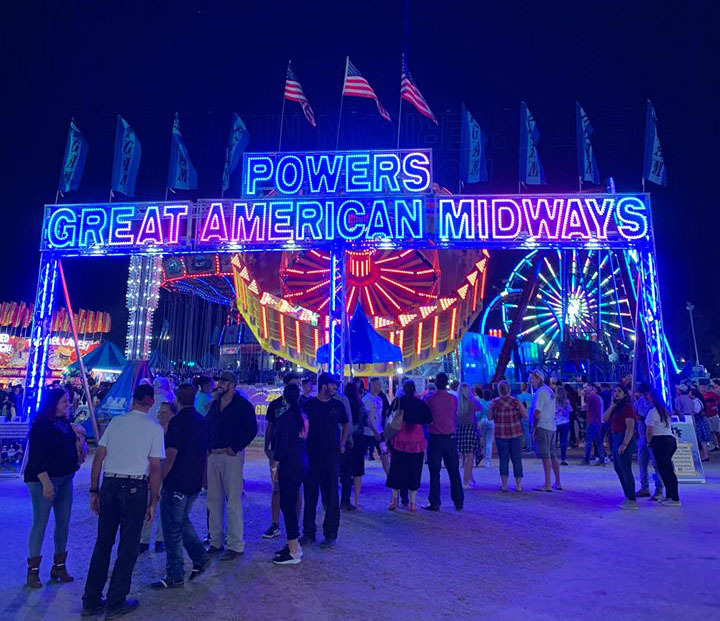 The Houston Livestock Show and Rodeo was open for several days in early march before being shut down for COVID-19 related concerns.