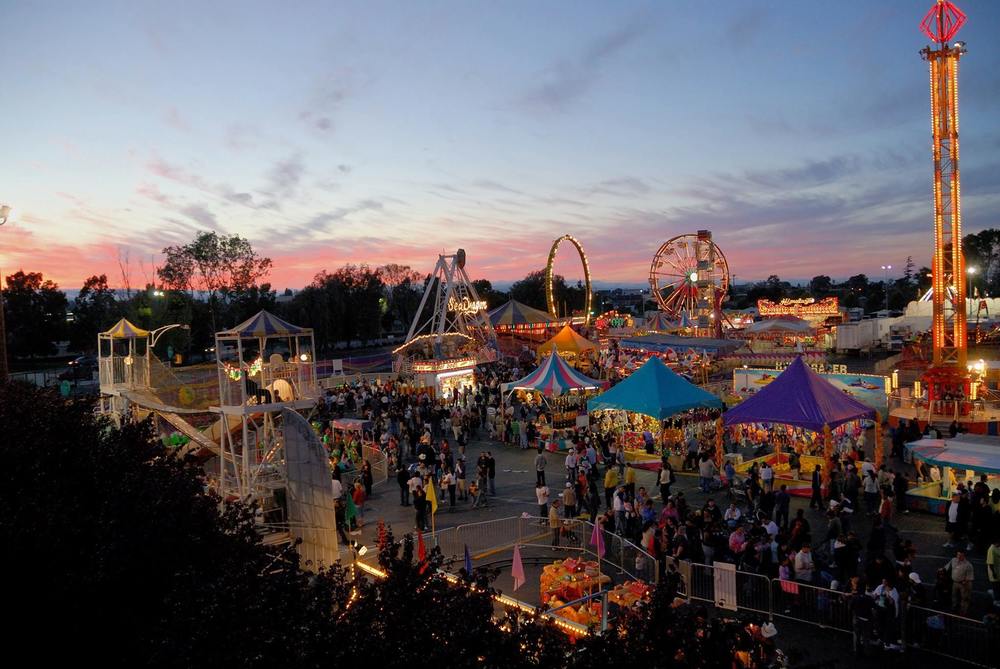 Running from June 8th through June 16th, the 2019 San Mateo County Fair, positioned between San Francisco, Calif., and the Silicon Valley followed the theme “Celebrating the Best of the Bay” this year.

With that theme in mind, the fair reached for the “best” in its website as well as its exhibits and events. The fair's new website was redesigned to enhance the user experience, including clearly offering discounts, contests, and fair concert line ups.

According to fair chief executive Dana Stoehr, “The fair guest experience starts when they log on to our web site to start planning for their family outing at the San Mateo County Fair,” so a user-friendly site was a must. So too were bright lively graphics and photos, fair operations manager Justin Aquino notes. “While the design is especially attractive, the user experience was our top priority.”

The fair's thematic celebration included a celebration of the 250th anniversary of the discovery of San Francisco Bay, as well as paying tribute to volunteers, returning fair guests, and fair exhibitors.

The Fair partnered with the San Mateo County Historical Society to commemorate the 250th Anniversary of the Discovery of the Bay; a scavenger hunt sent fair guests throughout the fairgrounds to make discoveries of their own about county landmarks and facts about the fair's history.

There were plenty of other new activities and events at the fair this year, including a Pacific Islands Day, focusing on the culture of the county's Pacific Islander residents. There was also a new selfie museum, where fair guests could take photographs against six realistic-looking backgrounds of favorite area landmarks, such as Pigeon Point Lighthouse. Also new: Aussie Kingdom, with animals from the outback such as kangaroos, wallaroos, wallababies, lizards, and even a kookaburra. Animal Kingdom offered three daily educational shows about Australian wildlife such as a woma python and bearded dragon.

According to Stoehr, the fair was all about “the beautiful and varied cultures of our community and our globe.” Stoehr mentions The Domini Hoskins Black History Museum, a returning attraction highlighting the history and contributions of area African Americans, and the Acrobats of Hebei China, among these diverse offerings. Representing an innovative art attraction, the fair also featured a mobile glassblowing experience with glass artist Ryan Gothrup.

The Domini Hoskins Black History Museum is also a mobile attraction, with a variety of cultural artifacts broken down into over 400 subject matters concerning the history of black America. Over 100 exhibits were showcased at the San Mateo County Fair.

Other attractions included the Farm, featuring animals raised on local San Mateo County farms by 4-H participants and Future Farmers of America; the unique variety acts by Roberto the Magnificent; butterfly feeding for kids with nectar-dipped-sticks; and the Great American Petting Zoo experience.

The Family Game Zone, which debuted in 2018 was back again, with games for the entire family that included Life Size Connect 4, Corn Hole, Life Size Chess and Checkers, and Classic Ring Toss.

“Planning for the 2019 fair started the first day after the 2018 fair,” Stoehr attests. “It's a year-round effort…”
That planning included plenty of name-musical acts, free with a fair admission ticket and also projected on a jumbo screen. Acts included fair opener Morris Day & the Time; Air Supply, Sir-Mix-A-Lot, Better Than Ezra, 98° and The Commodores. Also free: a silent disco open to all ages, offered dance fun every evening the fair run. The fair's Gold Circle admission included fair admission plus reserved prime seating in Fiesta Hall for $40

And of course, what would a fair be without a carnival? Provided by 48-year veteran carnival provider Butler Amusements, the carnival included many familiar but fun rides such as the popular Giant Wheel and bumper cars. Fairgoers could purchase an unlimited, non-transferable ride wristband; it was designed for children over 42” tall and not recommended for the youngest fairgoers.

Tasty fair food attractions also drew crowds, such as A Pop Above gourmet popcorn with a wide range of flavors and seasonings that included a new flavor debuting this year, the Mateo Munch. The Munch was made with movie butter, sea salt, fudge brownie, double caramel, and coconut oil. Noel's Mexican Food was a returning favorite with their fried avocado tacos; other popular vendors sold traditional fair food such as turkey legs and corn dogs.
This year's fair was the continuation of a tradition going back to 1926, when the community event was dubbed the Little Flower Show; it was expanded and brought to its current home in 1935. This past January, the fair received a major accolade of over a dozen Achievement Awards at the Western Fairs Association's (WFA) 96th Annual Convention & Trade Show held in Nevada in late January.

Admission was free for kids five and under and military personnel with ID; seniors paid $8, juniors ages 6 to 12 paid $10; adult gate fees were $15. Carnival wrist bands were $30-$35, depending on the day of the week. A VIP ticket was $75 and included fair admission, reserved parking, entry through the express security lane plus express lane entry through the fair's main gate, as well as early admission to the Fiesta Hall for the evening's free celebrity concert in the general admission section. There were also a number of specials: on Saturday June 8th , free EA Sports console games were distributed as long as supplies lasted; as part of the celebration of African American History, there were showcases about Black Lives Matter and Martin Luther King, Jr., a celebration of Barack and Michelle Obama, and a celebration of Madame C.J. Walker and Black Hair, with a hair show by Hyatt Studio - San Carlos, and free hair braiding for children.