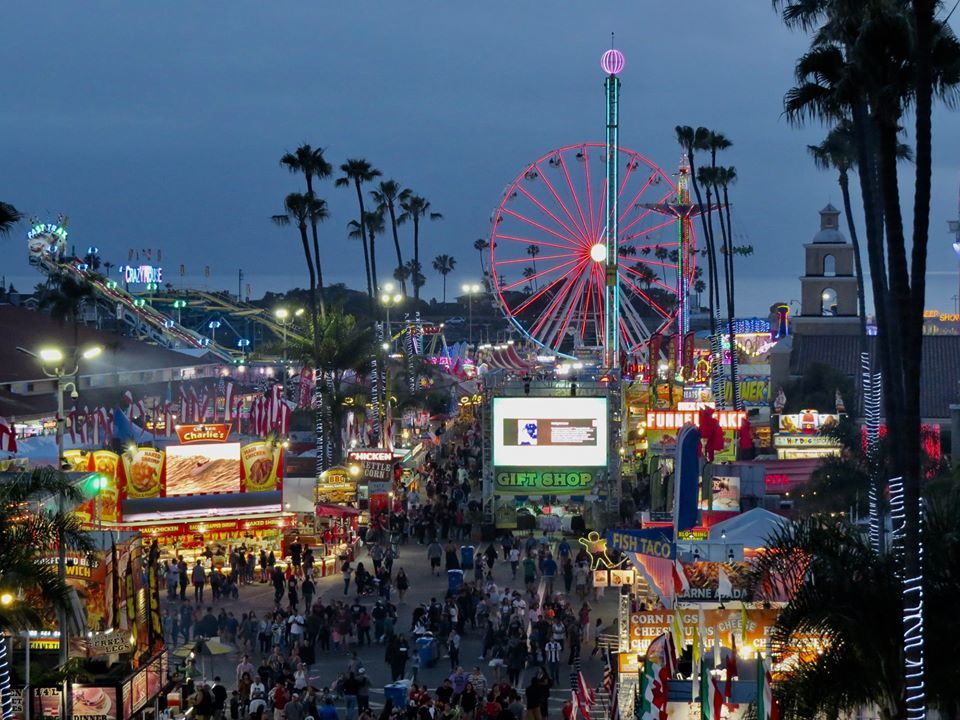 The San Diego County Fair in Del Mar, California announced Tuesday that the board of directors voted to postpone the 2020 fair until 2021.  The decision came shortly after California Governor Gavin Newsom stated at his Tuesday press conference that “The prospect of mass gatherings is negligible at best until we get to herd immunity and we get a vaccine.”

In a statement posted on the fairs web site, the fair encourages all San Diegans to continue adhering to all public health guidelines so that the Fair can return in 2021.

“The health and safety of our community takes precedence during this unprecedented time of crisis,” said Tim Fennell, CEO/General Manager of the Del Mar Fairgrounds. “The San Diego County Fair is a beloved family tradition for more than 1.5 million San Diegans each year, as well as a source of livelihood for numerous individuals and businesses. Yet with the continued impacts of COVID-19, postponing this year's Fair is the right thing to do.”

The fair was slated to run June 5 through July 5 and will resume in 2021 with the same dates.  The Fair will also carry the same “Heroes, Unite!” theme that was planned for 2020.  In 2019, the San Diego County Fair ranked 6th on CarnivalWarehouse.com's Top 50 Fairs list with over 1,531,199 attendees.  The fair had an independent midway with rides provided by a number of independent owners and carnivals including Wood Entertainment, Talley Amusements, Helm and Sons, Ray Cammack Shows, S&J Entertainment, among others.

As reported by the San Diego Union-Tribune, fair board member and retired physician Don Mosier, said the governor's decision is scientifically based and specifies that no large gatherings should be allowed until a vaccine is developed, which could take a year, or until there is herd immunity.

Herd immunity is defined as being achieved in one or two ways:  many people contract the disease and build up immunities to it; many people are vaccinated against the disease to achieve immunity.

The announcement came as many governors began to discuss plans to re-open their local economies, however, most states have yet to make a formal statement on mass gatherings.

The San Diego County Fair is Postponed until 2021