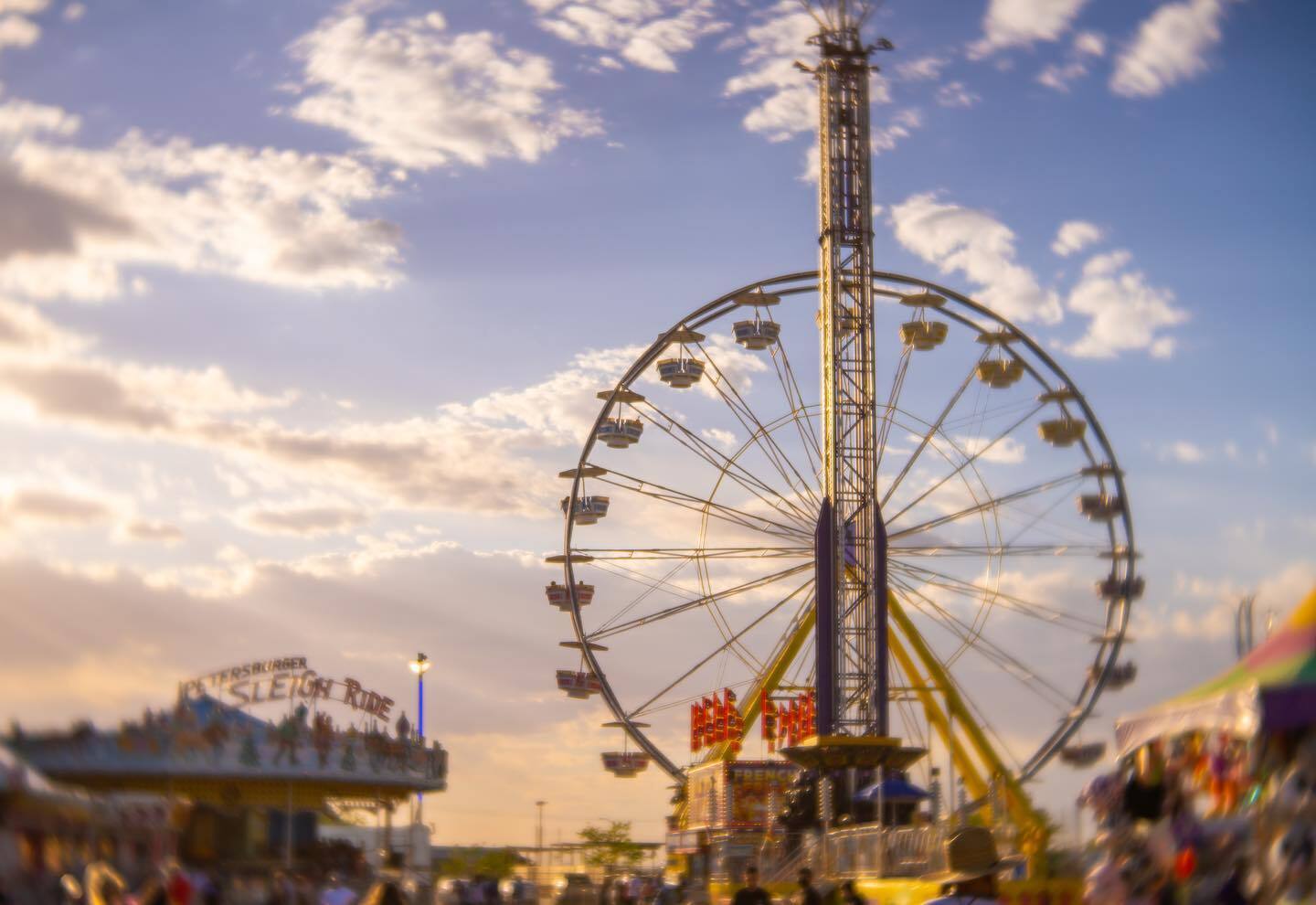 With a theme of “Reunite at the SBC Fair,” the San Bernardino County Fair closed out a three- weekend 2021 run June 13th.

Marking its 74th edition this year, the fair had an interesting operating plan this year, one that it is foreseeable for use at other fairs. The fair formed a partnership with its longtime vendor Helm & Sons Amusements. The amusement company picked up approximately half of the fair's costs, according to fair president Jose Zuccaro, who revealed that the fair itself did not have enough funds to pay to run the event this year in full. The Victorville, Calif. fair lost approximately $2 million last year, having closed due to COVID-19.

Zuccaro appreciated the opportunity to partner up. “The COVID-19 pandemic hit us hard financially, and Helm & Sons offered to come alongside and help us pick up the tab.”

The financial division worked in this way: the county fair paid for the costs of security, vendors, maintenance and ground entertainment; Helm & Sons Amusements covered the cost of ride operations and attractions, parking and food vendors.

The helpful deal was developed, according to Helm & Sons owner Davey Helm, because the company wanted to assist the fair itself after a remarkably difficult year. Helm acknowledged that working in this way was “a pretty big gamble, but we know that the fair is important to the community's economy and our company.” Acknowledging the financial risk Helm was taking, the fair and Helm's company both worked hard to promote the fair and its scaled-back timeline, featuring the event and the rides. Specific additional promotions were offered, such as a “double the fun Friday” that allowed two guests to enter the fair gate for one ticket and included all rides. A $10 ticket option was added for seniors over age 60 and children age 2 and under. The special ticket allowed attendees in these categories to experience vendors, food, and live music, but not participate in the carnival itself.  Memorial Day brought free admission for all military service members and veterans to attend the fair.

The carnival even offered new attractions, including the tallest Ferris Wheel ever to appear at the fair, topping 110 feet, and a special Cubs Country children's amusement area. 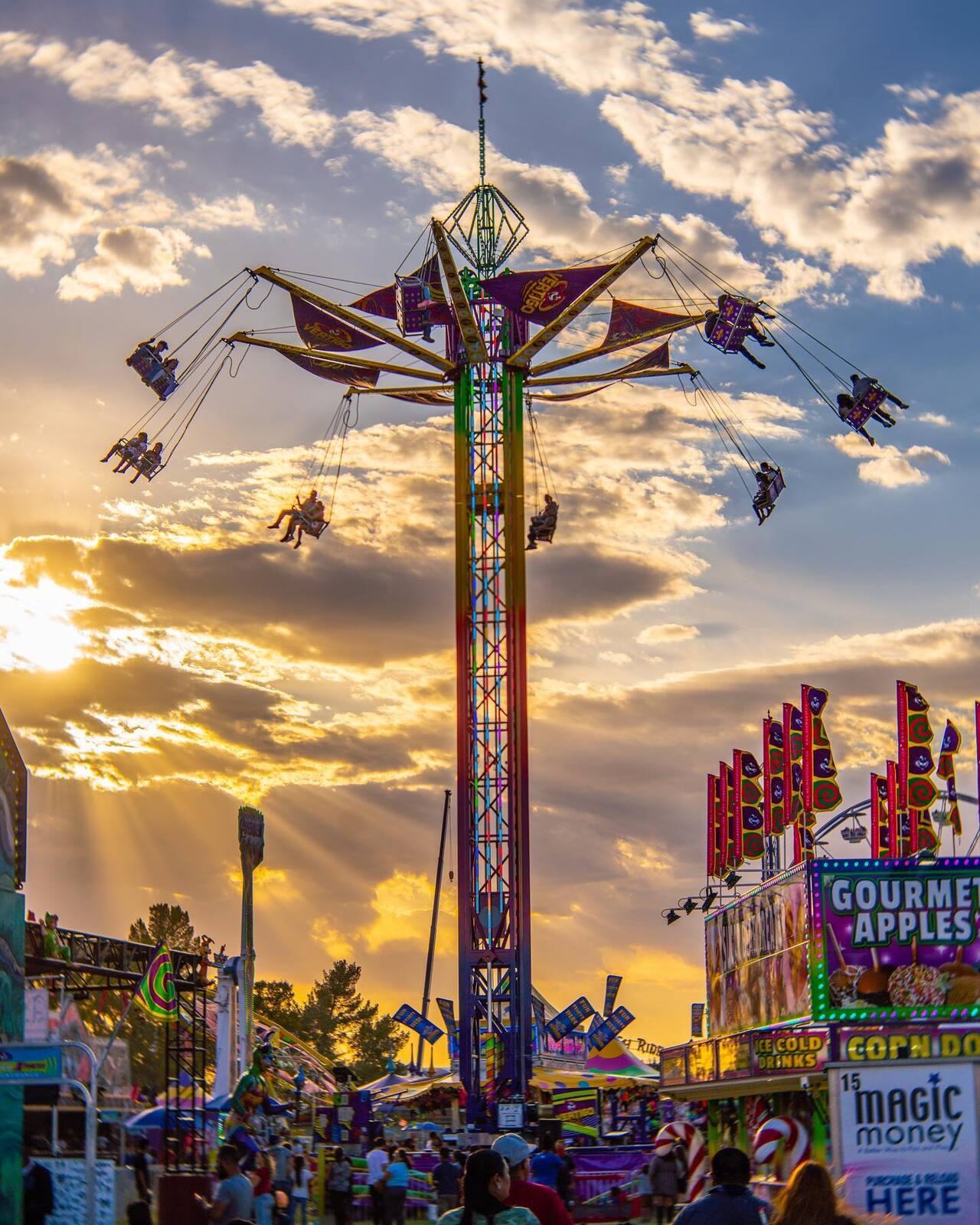 As far as other entertainment, the fair offered 24-plus live local bands, as well as vendors, fair food, and games. Scaled down vendors and livestock areas were also presented. What it did not include were large-scale grandstand events such as monster truck shows which proved to be crowd draws in past years. The fair enforced social distancing and mask-wearing guidelines, as well as providing hand-sanitizing stations throughout. Crowd levels were capped at 7,500.

Pricing was a flat $40 for attendees age 11 and older, and $30 for kids 10 and under. That price included all carnival rides and entertainment as well as fair admission, and parking. As a contrast, in 2019, fair gate price was $8 for admission or $5 in advance, plus $35 for carnival ride wristbands or $25 in advance. Parking was an additional $5; children 5 and under were free. Hours were 1 p.m. to 10 p.m. A free monster truck ride was offered with admission.

The flat rate this year resulted in a cost that was approximately the same and far more inclusive than that paid in 2019 -at least for fair guests who usually purchase carnival wristbands. However, the inclusive one-cost pass was more expensive for fair attendees who did not go on carnival rides.

Zucarro explained that the fair understood guest concerns about higher ticket prices, but the fair was still required to limit the number of guests in the fairgrounds and cover costs. He asserted that the pricing, like the fair itself, was “an investment into our community…When you break it down, the cost of fair admission averages $4 an hour for nine hours of rides and entertainment.”

Unsurprisingly, there were complaints about higher admission ticket prices, but fair board members wanted fairgoers to know that the fair, like so many businesses, is struggling with COVID-19 closure and making a recovery from it. Helm stated that he would be happy if his company simply broke even.

While the final numbers are still out, the fair proved popular; among the rides offered, the Star Dancer was a hit; traditional fair food such as cotton candy, candy apples, and funnel cakes were among the favored treats. Popular local musical acts included Tom Petty, KISS, Pat Benatar, CCR, Van Halen, and Pretenders tribute bands as well as a mix of country, blues and rock performers. Along with musical acts, there were strolling jugglers, clowns, and animal attractions.

Like the decision to open this year or not, pricing decisions vary by region in California. 2020's closures led to very limited funds to operate fairs. L.A. County Fair officials canceled the 2021 installment, as did the Yolo County Fair, and the Contra Costa County Fair, all due to public health and financial concerns. 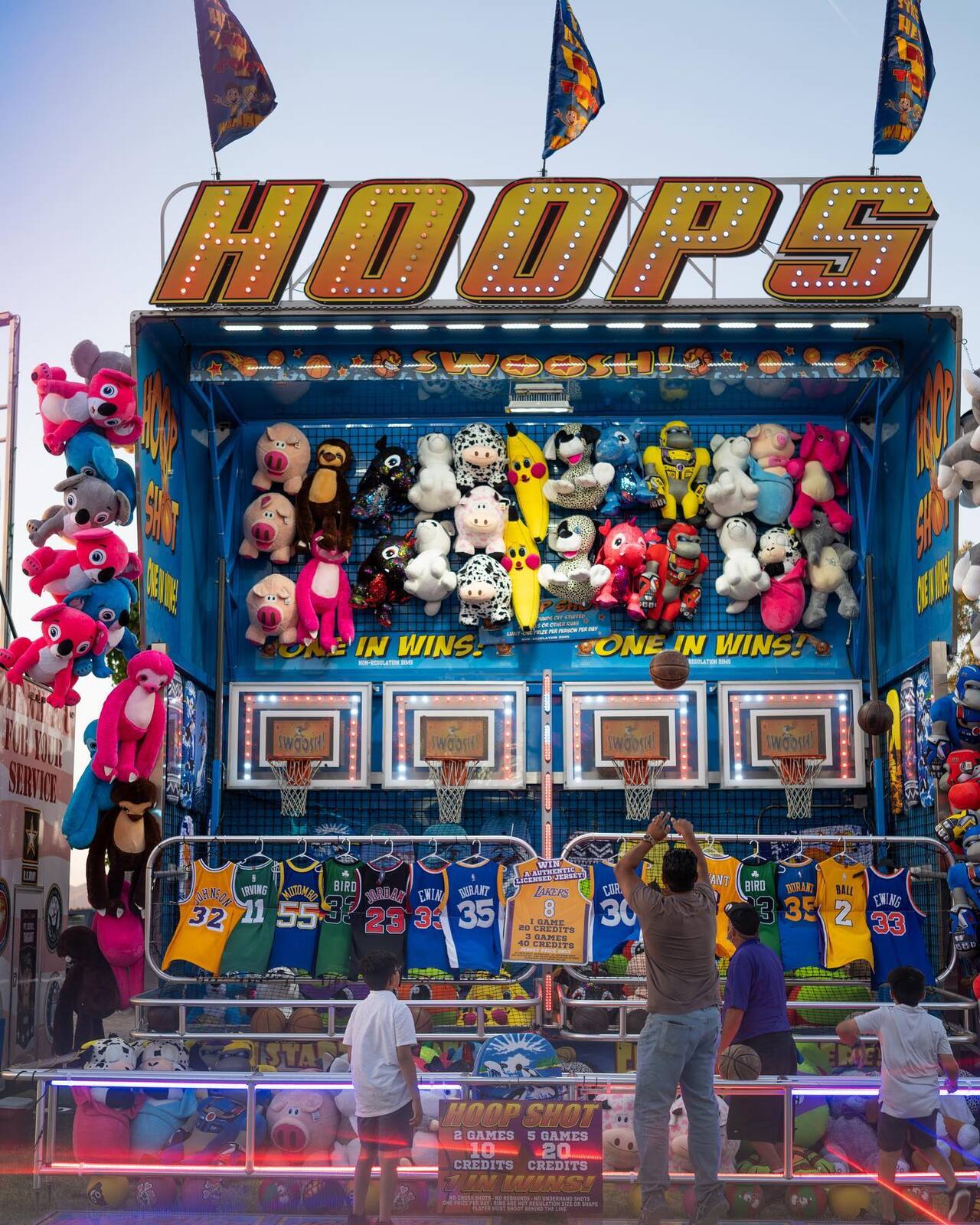 In Contra Costa County, fair CEO Joe Brengle described the expense of planning and producing a large-scale event like the fair was made extremely difficult after losing 90% of annual operating income last year. The Orange County and San Diego County fairs will both proceed this year, but with a smaller footprint of attractions.

The San Bernardino County Fair remains hopeful that next year the fair can return entirely to normal assuming gathering limitations are not reinstated by the state of California. This year, those limitations put a crimp in big events and the potential for top ticket sales, Zuccaro said, given the fair's run dates.

“We can't have 3,000 people in the grandstands for concerts and truck shows,” he related. “We can't reach full capacity by sitting people six feet apart, which means we can't afford big-name bands and attractions.”

While restrictions greatly loosened after June 15th in California, rescheduling was not an option for the fair, as vendors, ride operators, and musical entertainment was already booked later in the season. The fair's 2021 operating blueprint was put together in just one month according to fair officials.