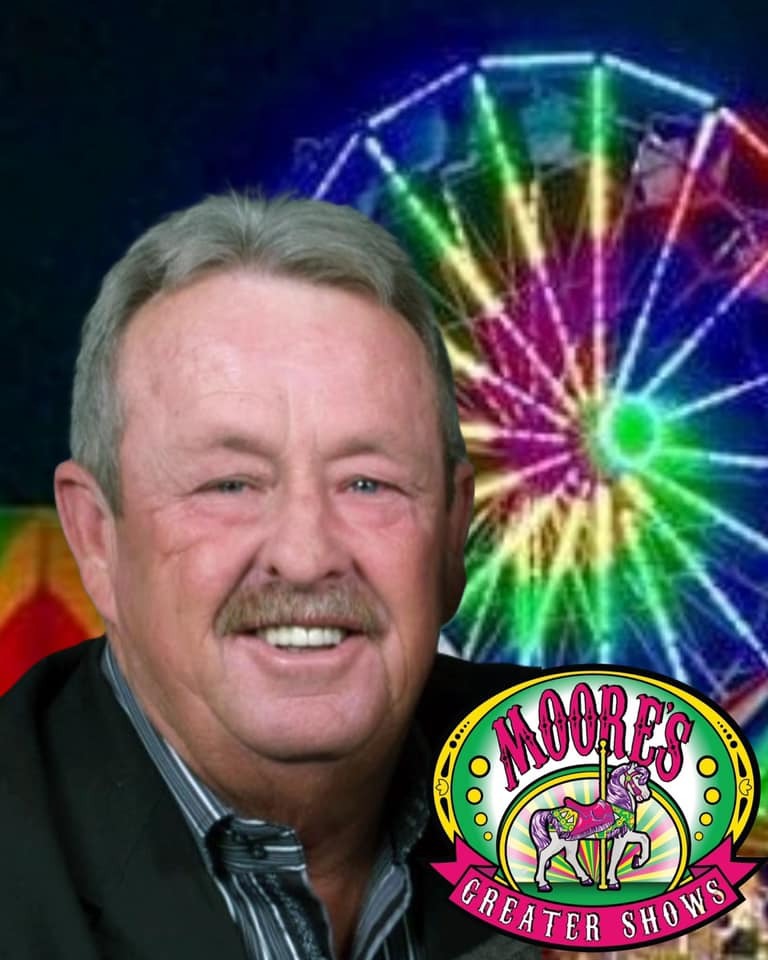 Rickey Dale Moore, Sr., 66, peacefully passed from this life on June 16, 2021 after fighting a brave battle with Merkel cell carcinoma. He was born in Aransas Pass, Texas on January 10, 1955 to his parents, J. Harvey and Jewell Moore.

Rickey attended Joseph W. Nixon High School in Laredo and was longtime owner of Moore’s Greater Shows. He enjoyed traveling around the country with the carnival, meeting interesting new people at every stop. He also enjoyed fishing, trying his luck at casinos, playing cards, planting flowers and trees, and barbecuing. Most of all, Rickey loved spending time with his family, especially his grandchildren whom he adored.

He was a loving husband, father, grandfather, brother, and a close friend to many. Rickey will be sadly missed by all his family and friends.

Rickey was preceded in death by his parents, J. Harvey and Jewell Moore, and a brother, J. Harvey Moore, Jr.

While floral tributes are welcome, the family asks that you consider a monetary donation in Rickey’s memory to MD Anderson Cancer Center.