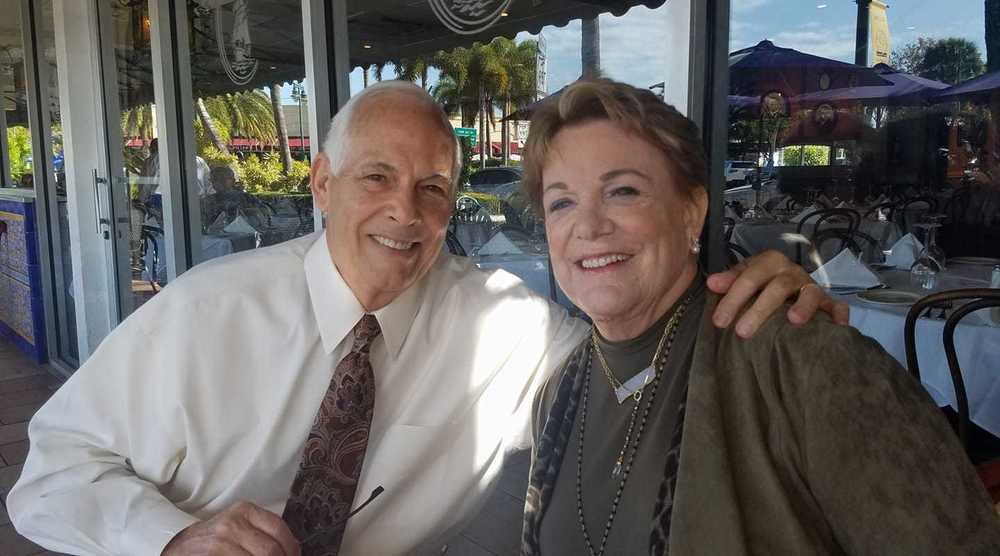 Bob Johnson not only helmed the Outdoor Amusement Business Association (OABA) for 24 years as its president and CEO, but was at the forefront in navigating its complicated and often tricky transition from a somewhat informal guild of carnival owners into a 21st century trade association of professional midway providers.

When Johnson was appointed president more than two decades ago, he was familiar with the outdoor amusement part of the industry, just not the mobile part. He spent 17 years at Six Flags Theme Parks, becoming Sr. Vice President of Administration and overseeing all parks' safety and risk managment, insurance, human resources and corporate purchasing.  The professional standards he learned during his time at this leading amusement park chain contributed to the sensibility he brought to the ever evolving mobile amusement industry.

Today's OABA now includes more than 2,500 members, representing 200 carnival companies, 15 circuses and hundreds of traveling food/game concessionaires. It is also one of the few remaining business coalitions whose vast majority are small, family businesses, many in their second and third generations of ownership.

Many aspects of a fair's midway that are now commonplace – clean and bright thoroughfares, uniformed and professional staff, high-tech rides, ticketing and operations –- all reached fruition under Johnson's long tenure as the industry's leader.

Far from the view from midway changes enjoyed by millions of fairgoers, Johnson had a more direct role in ensuring the OABAbecame a leading organization in the outdoor events industry, which entailed everything from having a seat at the table that sets ASTM guidelines to joining a multi-industry lobbying coalition, a crucial buttress against the worsening H-2B crisis.

Carnival companies are heavily regulated; few industries so constantly interact with the DOT, OSHA, CPSC (products/ride safety) and of course, the Department of Labor. One of the OABA's most essential functions has been assisting carnival companies – through seminars, workshops, meetings and educational programing – in their compliance to this growing myriad of regulations.

Under Johnson, the OABA's website has developed into an essential news and information resource for members and the general public. In 2017, the OABA introduced VOLT –  Virtual Online Training Program – that presents educational videos for carnival company staff and employees.

Last year, Johnson represented the entire carnival industry at the Ohio State Fair for the most high-profile opening of any fair in recent memory. In 2017, a fatal midway not only closed down the Buckeye event but sent ripples throughout the industry. Last summer – after the court cases were settled  and new inspection and ride maintenance protocols enacted –  Johnson joined a speaker lineup of governmental and fair officials who reassured the public of midway safety. “When you come to a state fair like this, you want a diverse variety of rides for all the demographics, not only children but for adults and teens,” Johnson said. “So when you have (an accident involving) a spectacular ride, or a super spectacular ride like that one, it's a wake-up call. It's our 9/11 experience.”

Johnson understood the gravitas of the situation. At one of the biggest fair media events of the year – the Ohio incident went viral internationally – he drew on his good natured yet authoritative personality to be an effective OABA spokesperson.

For the industry members who have known and  worked with him during his lengthy tenure at the association, Johnson overcoming another challenge was nothing less than expected.

Before heading off into his next life phase – his immediate plans are to travel west with his wife, Alexandra, and spend time with his two children and five grandchildren in Texas and California, Johnson spoke with Carnival Warehouse and shared his reflections on the past, present and future of fairs and carnivals.

Carnival Warehouse: How many fairs does the president of the OABA attend each year?

Bob Johnson: Lots! I don't know how many. The job requires substantial travel, not just to the individual fairs but to ASTM meetings, state fair conventions, the Midwest Association of Fair Manager Conference, there's a lot of meetings to attend. You need to stay on top of the updates because there's lots of problems the OABA has to help solve.

CW: Do you have a favorite fair?

BJ: I have to be careful what I say, I could get in trouble. I love the large state fairs like the Texas State Fair. I love the Minnesota State Fair, I love all the Midwest fairs. They really showcase community and Americana. Fairs are about Americana. They are good, family fun.

CW: Do you have a favorite ride?

BJ: At my age, are you kidding? I've always been fond of roller coasters. I grew up in New Jersey and went to Palisades Park as a kid and I remember loving their roller coaster. I love wooden rolling coasters, which you really don't see anymore, they aren't like the coasters of today that they strap you into and turn you upside down. I think the only wooden coaster left is at the Washington State Fair, which is a permanent fixture of the fairgrounds in Puyallup, but is operated by Funtastic Shows.

BJ: I'm a corn dog guy. I love the corn dogs at the Texas State Fair, they're the best. The scones at the Washington State Fair too, those are favorites for me. But I turned 75 in January, I have to watch what I eat!

CW: In the last few years, the H-2B crisis has been the biggest issue the OABA has confronted. Without getting into the nitty gritty of the issue, during your tenure as president, what are you most proud of regarding H-2B?

BJ: I am very proud of the fact that the OABA board and our industry and stake holders in fairs and the portable ride business understand the need of the guest worker program and have built the resources we need for this issue. We've hired the best lobbyist and have interfaced with key senators and congressmen who understand carnivals and the small businesses who need foreign workers , like Senator Thom Tillis (R-NC) and Congressman Andy Harris (R-MD) who are fighting for small businesses so they can grow and succeed. I am very proud that the fairs are now very engaged in helping us; they're our boots on the ground, They really help the industry by their board relationships with their congressmen, representatives, and senators. The county and state fairs know they can't succeed without successful ride operators.

BJ: In general, 2018 was an excellent year for fairs, carnivals and concessionaires The biggest nemesis is the weather, the ultimate success of a fair is the weather.  What has been getting worse is weathermen. The local weather forecasts are made to scare people, they scare people into thinking it's going to a rainy day and then it turns out nice. The weather reports are hurting a lot of fairs.

BJ: I only see great opportunities for the future. I am extremely anxious to see the next generation of fair managers and show owners take over. Fairs are community events and are still important for showcasing the Agricultural industry.  For Americans, fairs and carnivals are really contributing to society by giving families good clean wholesome fun. That is going to continue. Not everyone can afford to go to Disneyland or Six Flags, and there are still mainly places in the country that are very rural and the county fair is the big, exciting family event of the year. I am very pleased with the work Marla Calico (President & CEO of the IAFE) has been doing to keep fairs viable and attractive for families well into the future.