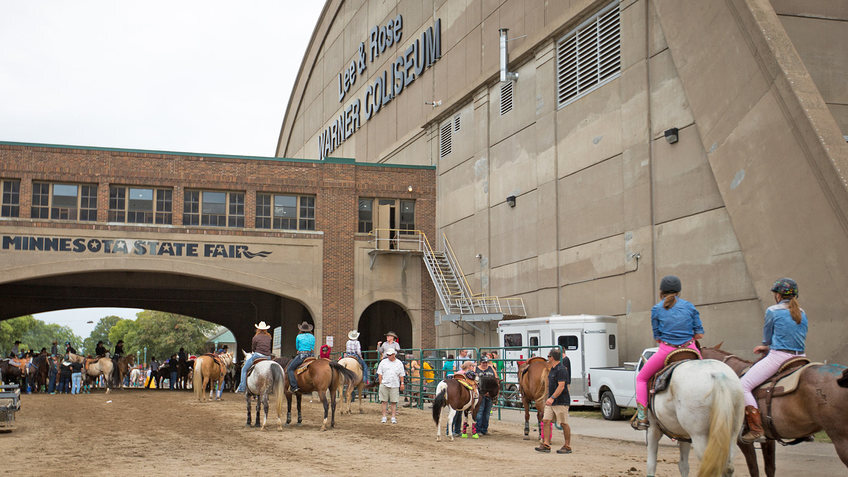 Non-Fair events and venue rentals are growing and have become an essential revenue steam for most fairs. The pandemic closed down both fairs and non-fair events alike in 2020, but as the rollback of restrictions allowed public assembly to reoccur in many places, non-fair activities are resuming, re-opening the fairgrounds to the public. But these events can face a distinctly new set of challenges – prohibitive yet changing state and local restrictions, nervous promoters, untested consumer confidence – that fairgrounds must navigate through while coping with steep losses and staff reductions.  Reopening Fairgrounds: The Rocky Return of Non-Fair Events is a two-part series exploring how the Pandemic is reshaping a fair's year-round business.


Optimism should still be cautious, but it seems safe to predict that 2021 will not be a repeat of the cancel culture that devastated the 2020 fair season. A few early season fairs have been rescheduled to later in the year, but most fairs are certain –or as certain as one can be in such unprecedented times – to still take place, albeit under restrictions. The promise that 2021 fairs will still be held may be generating welcomed positive news, however the reopening of fairgrounds has proven to be a complicated process, often plagued by fits-and-starts.

Fairs may be the main focus and by far the dominant revenue stream for most fairgrounds, but business from rentals, which can typically range from 20-to-50 percent of a fairground's annual bottom line, are essential for sustaining a year-round business. With their unique variety of outdoor and indoor spaces, fairgrounds host nearly the full spectrum of large and small events, from consumer trade shows to wedding receptions.

Along with the wave of fair cancellations that washed away the 2020 season was a tsunami that obliterated nearly all interim non-fair activities. Fairs lost both fair and non-fair business, a double-whammy that often caused drastic stuff cuts and other severe budgetary actions. Recovery from massive event cancellation remains an uphill challenge, but with the steady vaccine rollout and a gradual lifting of restrictions nationwide, the attitude is positive.

Even with capacity restrictions, mask requirements and the array of social distancing and sanitizing procedures, many event organizers are eager to resume business on the properties made famous by the annual statewide get-togethers.

The Minnesota State Fair hosts in excess of 200 non-fair events a year, but the bulk of the business is in the spring and fall, and doesn't really start-up until late March. “So far, nobody has pulled the pin and cancelled,” said Jerry Hammer, General Manager. “We are going to see what happens.”

About 75 percent of staff had to be furloughed or laid off due to COVID, and one decision that most fair managers will soon face is when, how and at what speed their the usual work force can come back to pre-pandemic levels. “We will work the events with the full time staff we have now,” said Hammer. “I don't anticipate we will be at the same level right away.”

The slow movement towards reopening may seem extremely cautious, but it's heading in the right direction, and has growing support by businesses, government officials and the general public. In early March, Hammer participated in a discussion group with regional venue managers, promoters, and live-event industry professionals along with government officials. “The discussion was not about the restrictions, but how we are going to open.”

The March/April New York Holstein Spring Carousel will be the first event hosted at the Hamburg Fairgrounds, home of the Erie County Fair in New York, reopened under its Phase-4 conditions. Other upcoming events include a Psychic Fair, Train & Toy Fair, Spa Show and Home Garden Show. In addition to the overall facility reopening plan having to be approved by health officials, each event must submit its own plan, with approval still pending for some upcoming events.  At the time of publication, the Train & Toy Fair has been rescheduled to November 20-21, 2021. 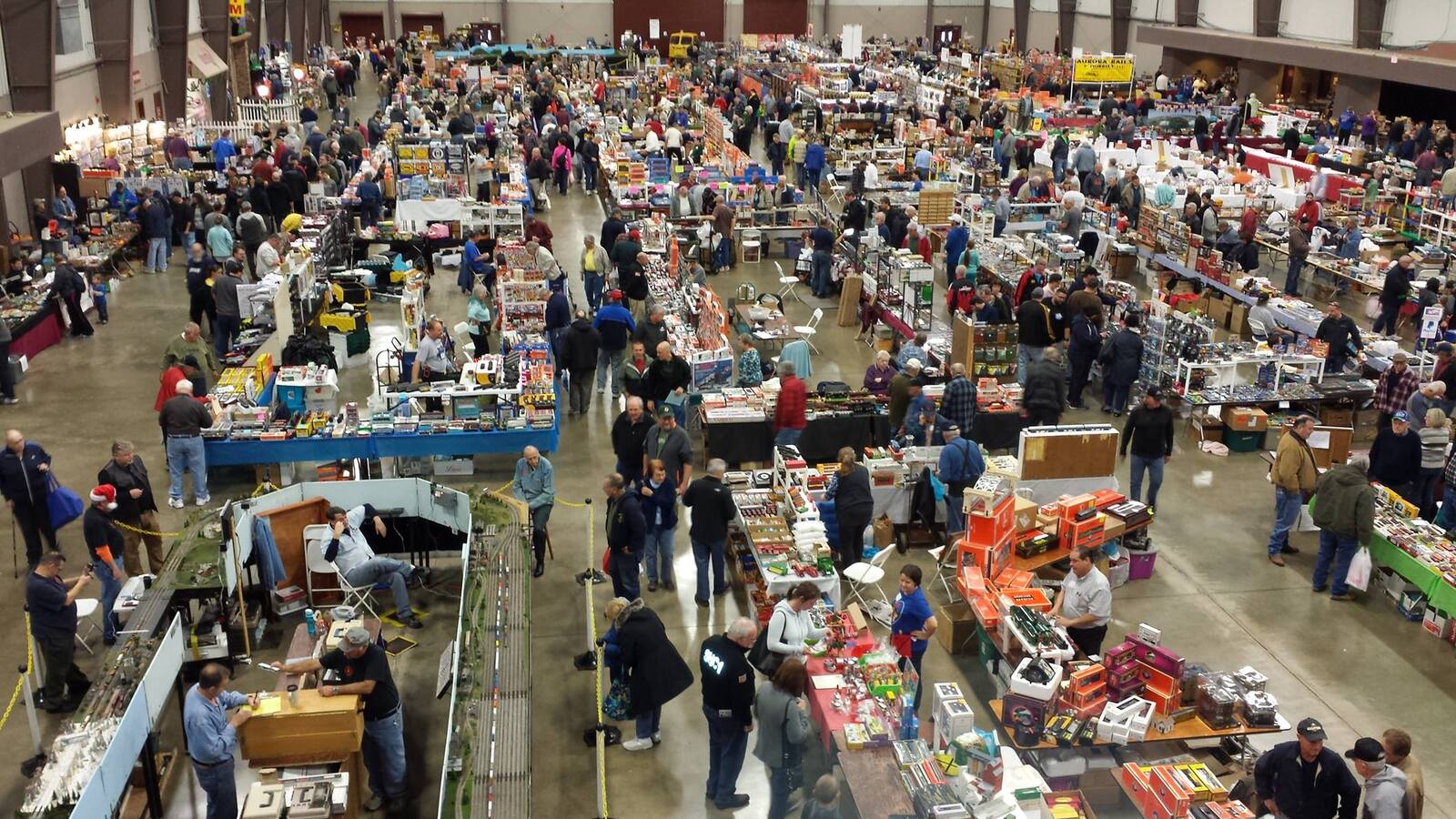 “We're waiting for some guidance on some horse shows, but everything is very positive,” said Jessica Underberg, CEO & Fair Manager, Erie County Fair. These events – like many of the large-scale non-fair events that fairgrounds host – are annual events welcomed by the public as another piece of normalcy returning. But besides conforming to pandemic protocols, due to layoffs, most events are being produced by fewer staff members than ever before.

COVID cuts meant the loss of 34 full time positions for the Erie County Fair, resulting in an all-hands-on-deck mentality for each event. “We have people parking cars who never left their desks before,” she said. “Everybody is doing what it takes. I'm sure every facility is going through this as they come back, because we are going to come back, but it's not going to look the same as it did before COVID. The important thing right now is staying relevant in the community.”

One of the largest fair and fairground complexes on the West Coast, the Big Fresno fairgrounds hosts upwards of 150 events per year – about 5-8 per non-fair weekend – nearly all of which were cancelled. As California moves into the less restrictive Red Tier of its reopening schedule, events – beyond the quickly organized drive-thru specials of 2020 – are returning.

“People are rescheduling events that had been cancelled last year and we're putting the events on the calendar,” said Stacy Rianda, Deputy Manager, Big Fresno Fair. “But they are calling up cautiously, it's only the third month of the year, and the fall is our busiest season. They still have to submit a COVID plan and they are feeling us out about the plan. The indoor events are under a 25 percent capacity limit and many will not be able to afford to function under that condition.”

But the sluggish and somewhat uncertain resurgence of annual events is better than the rental market. Like many fairgrounds, Big Fresno has become a COVID testing and vaccine distribution site, reducing available rental space. At the same time, restrictions on public gatherings plus public apprehension have stalled the recommencement of this revenue stream.

“Weddings and Quinceañeras, those were all cancelled and they're not coming back yet,” she said. “We're a major rental space for the Central Valley. People book us years in advance, some can't reschedule or we tell them just hold on because we don't know when things will be fully opened. A woman who died of COVID wanted her memorial service here, she loved the fair, she was very popular in the community. We couldn't hold services indoors here, it broke our hearts.”