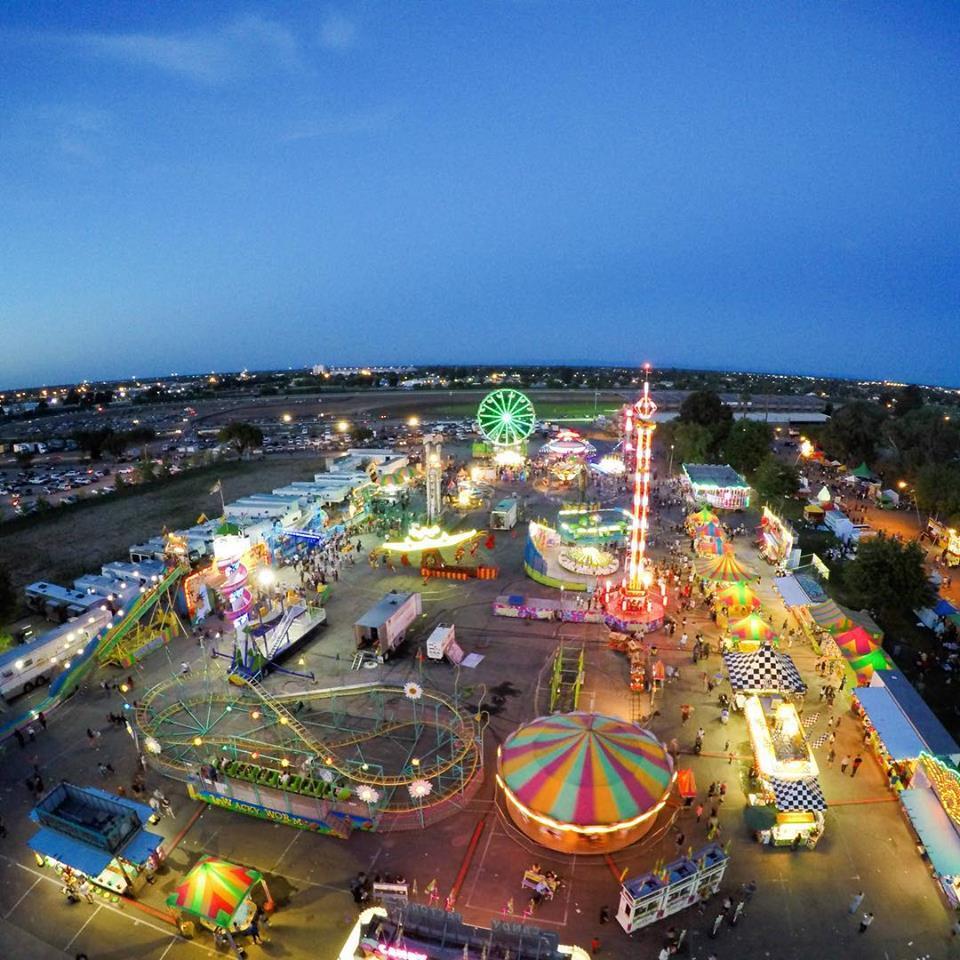 The Nevada State Fair may have been the first fair Midway of Fun played since the pandemic, but it was not the first time Harry Mason sent a unit to Nevada this year. The gig had been the rare out of state midway for this California-based carnival company, but the challenges of COVID forced Mason to test his entrepreneurial problem solving skills.

California lifted most of its restrictions by mid-June, and Mason is back on a route that resembles, with a few notable exceptions, his 2019 schedule. In fact, the Nevada State Fair waited as long as possible to announce that the fair will be returning for this year.

“They weren't sure at first, but in April they got greenlight and we came over,” said Mason. “If I've learned anything this year is that the only way to survive is to be very flexible. The people in Carson City were really wonderful people and the fair was a real feather in their cap. We were up 100 percent.”

The increase was of course compared to the 2019 fair, a record attendance year for the Nevada State Fair.  Founded in 1874, the event believed to be the oldest outdoor event in the state. In addition to the growing community support for this fair, the increase in spending was indicative of the pent-up demand syndrome among fairgoers as they return to events cancelled in 2020.

“People are spending, they're very upbeat,” said Mason. “We have a nice compliment of rides. If this keeps up, if this is foreshadowing of what is to come this year, how the other fairs will be doing, then I'll take it. It's very energetic.”

While the Nevada State Fair will be the only Nevada gig for the Midway of Fun, it will not be the only one for Mason. In October he formed a second company – Silver State Amusements – a “Shopping Center Unit,” as he describes it, that focuses on still-dates in Nevada, Idaho and Utah. The impetus was the frustration he felt by the Golden State lockdown which essentially forbade any outdoor event from proceeding.

“It took a lot of work, about 10 months to put together,” said Mason. “We're playing mainly malls but we picked up a few fairs, like the Weaver County Fair in Ogden. We have a nice compliment of rides, a Sea Dragon, a new Viper and a Vertigo. The focus is family entertainment. The response has been incredibly nice.”

Most of the route – mainly shopping centers and malls – are with companies new to the still date market. The obstacle most difficult to overcome was misconceptions about 21st century carnival companies. “Carnivals are a nuisance, they attract the wrong kind of crowd, those were the concerns we had to assuage,” said Mason. “But we put together a nice presentation. There is an appetite for what we do.” 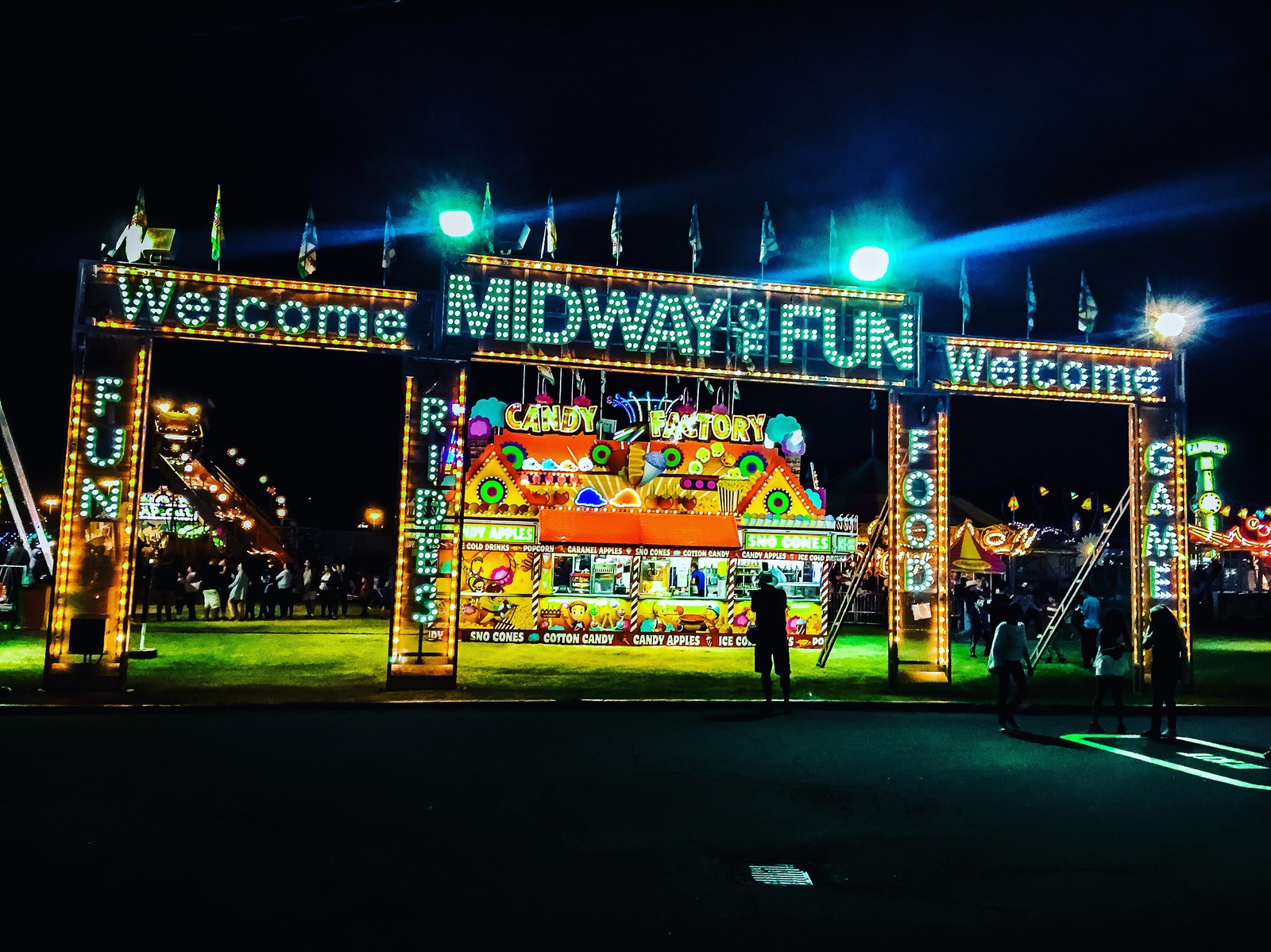 The family-focus emphasis – with a ride selection heavy on family and kiddie rides – has been integral to Mason's unique COVID survival strategy. For example, after the Nevada State Fair, Midway of Fun hosted the Spring Carnival in Modesto, essentially a replacement event for the cancelled county fair – Mason was allowed to rent the fairgrounds and promote his own event, with ride revenue also up 100 percent compared to the 2019 fair.

“We were getting new customers this year, families want to be out together and spend,” said Mason. “We had a real good run. We were up 100 percent.”

Clean, friendly and safe seem the most apparent priorities, alongside the family entertainment unique to midways and outdoor events. “No trash on the grounds,  twice as many toilets than are needed, we have employees our be polite and friendly, say please, thank you and good night. It's nuanced stuff, these little details that make up the experience, but those are the things that people complain about the most, it ruins the experience.”

The Midway of Fun experience now drives much of the midway market, appealing to young families and young adults. “Millennials are more interested in experience and posting about their experiences. When we market we market the carousel experience, not the ride. It's very important, more important than discounting. All my fairs are only selling presale tickets, because of COVID, but that may be a blessing. No discounting means you focus on the experience, I've been saying this for years. Stop lowballing the customers. Have a clean, friendly safe experience and you will get the price you want because people want a good time.”

As midsummer set in, the non-cancelled county fairs, such as Butte County and Lake County will be the focus for Midway of Fun, as the sister company, Silver City Amusements plays still-dates throughout other western states. While California and the other states have lifted many of the restrictions, the reality is still an uncertain path, with the level of restrictions determined on a local basis. “It's a moving target, we ask them what's required and the answers are different.” Hs said. “We still do all the cleaning, have hand sanitizers, ask people who are not in the same group not to ride together and we have all the queue lines set for social distancing. But it's up to each health czar as to what is going to happen, and it's county by the county, which is why the cancellations are so hurtful because the fair is not getting clear signals sometimes, so they won't commit.”

He added, “My whole staff has been vaccinated. The people coming to the fair are very cooperative.” 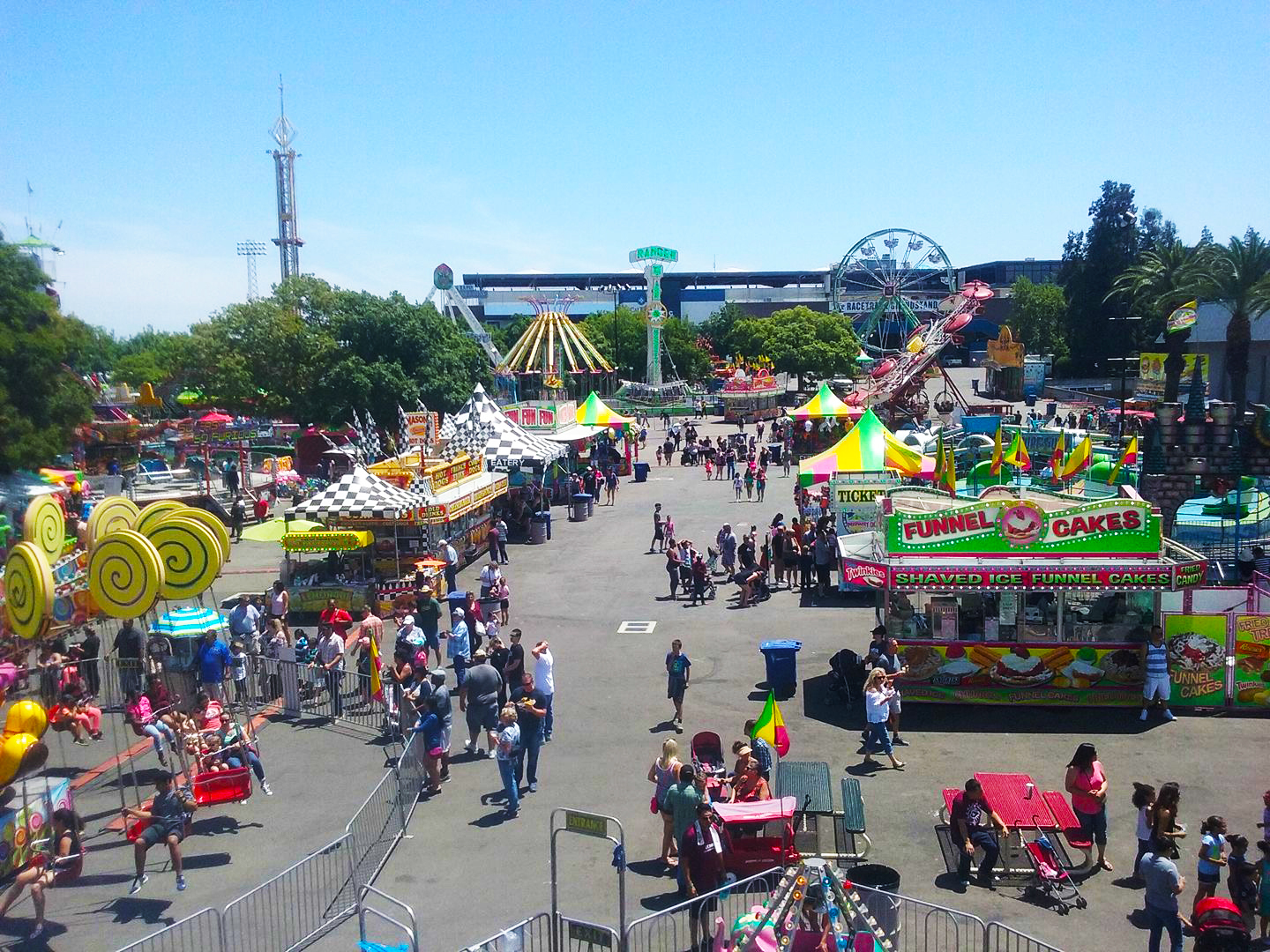 Like the other midway providers, workforce issues have been the biggest hurdle to clear. Mason was lucky, he was not capped out and although there was about a two week delay, his visas were processed and he received his anticipated H-2B worker allotment.

The American workers were harder to come by. Usually, he employs about 60 domestic workers. “This year, I have only seven American workers, the rest did not come back. So, we're thin on guys.”

The result has been an emphasis on higher-capacity rides, and smarter staff reallocation. “We've also switched out of a few rides, like using a Go-Gator instead of the Wacky Worm, because it's easier to move.”

Labor shortages however are not unique to the midway. As county fairs bounce back from lockdown, understaffing has become the norm. “They can't get their volunteers, or janitorial staff or other workers. Every fair is abbreviated from 2019.” 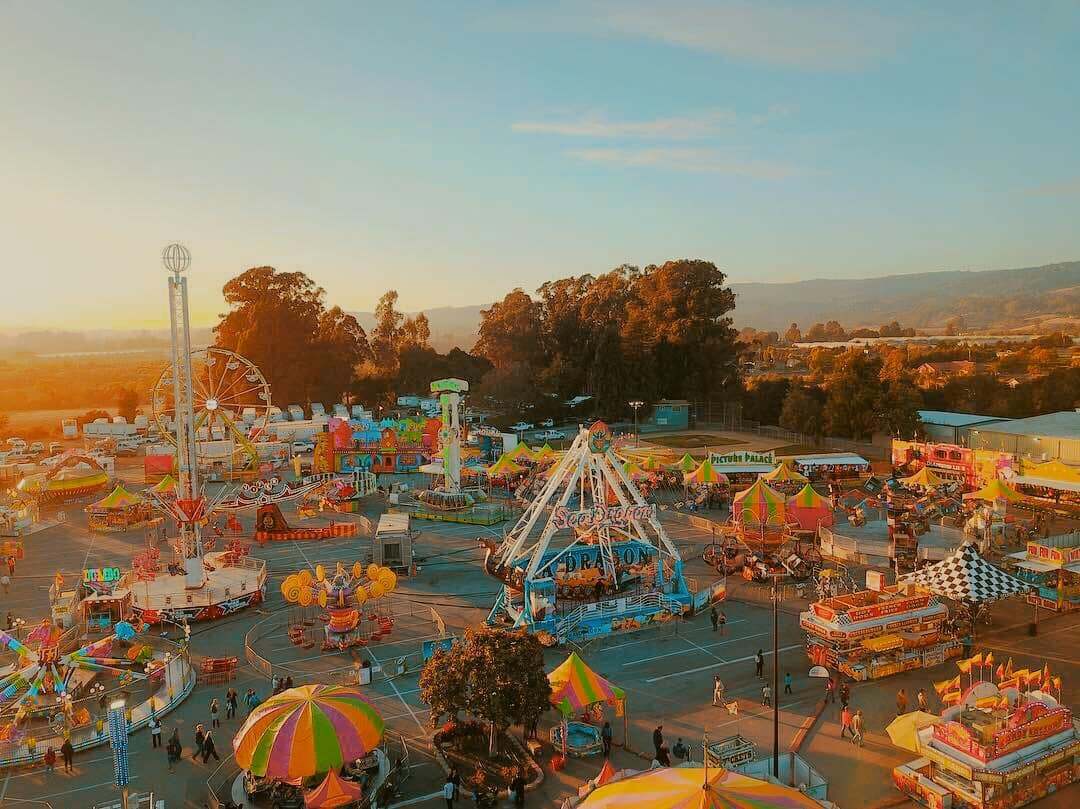 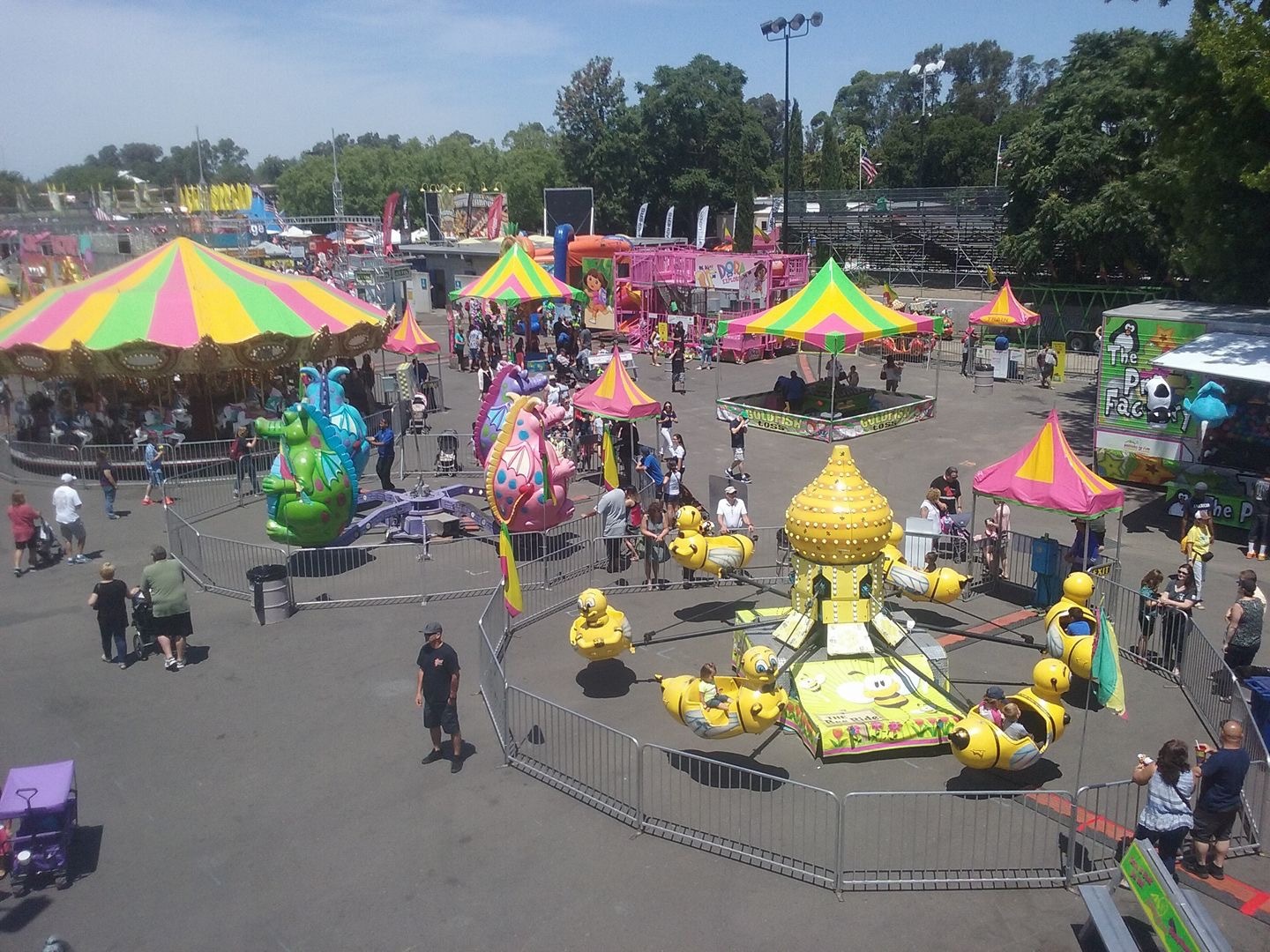 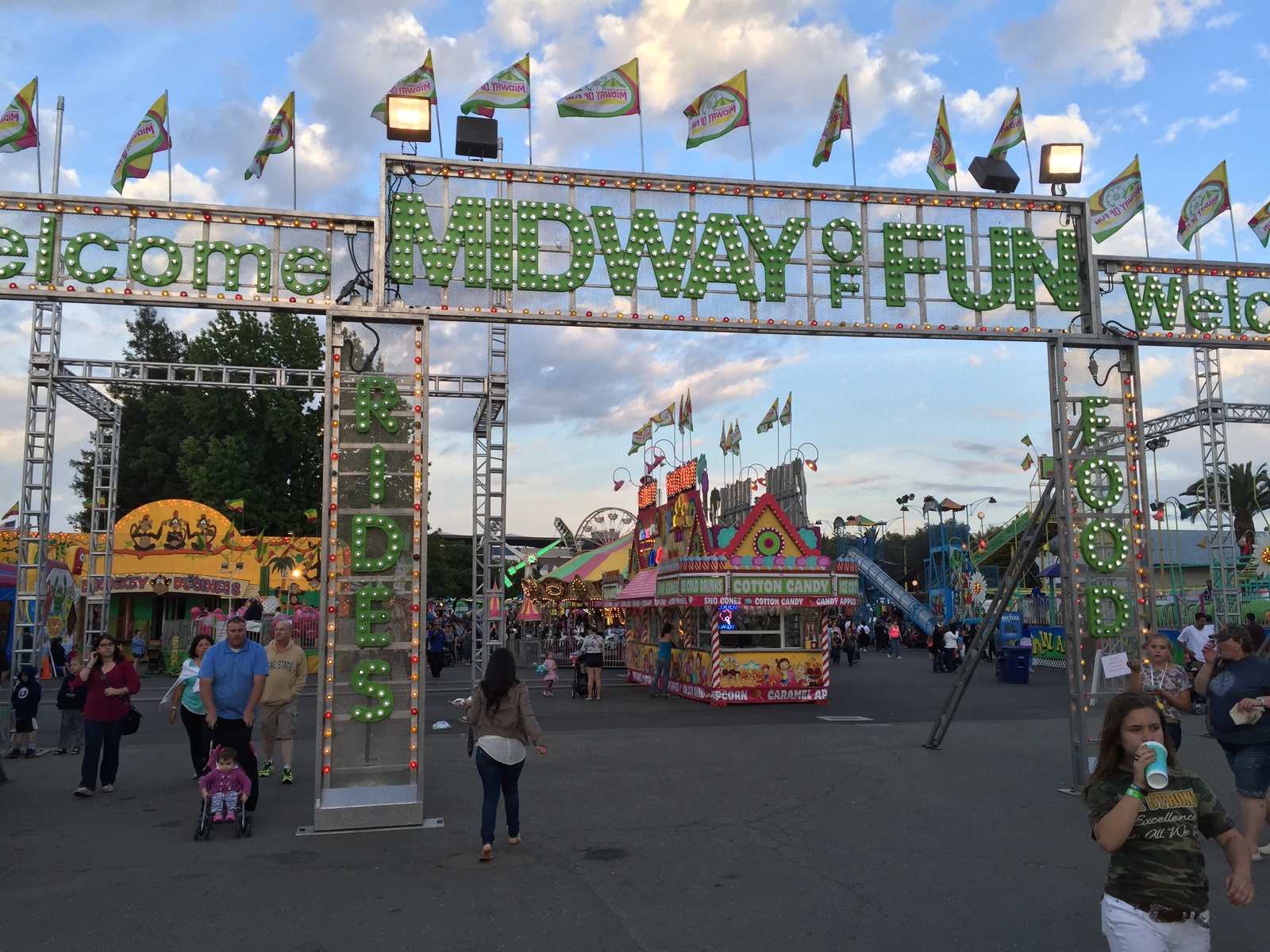