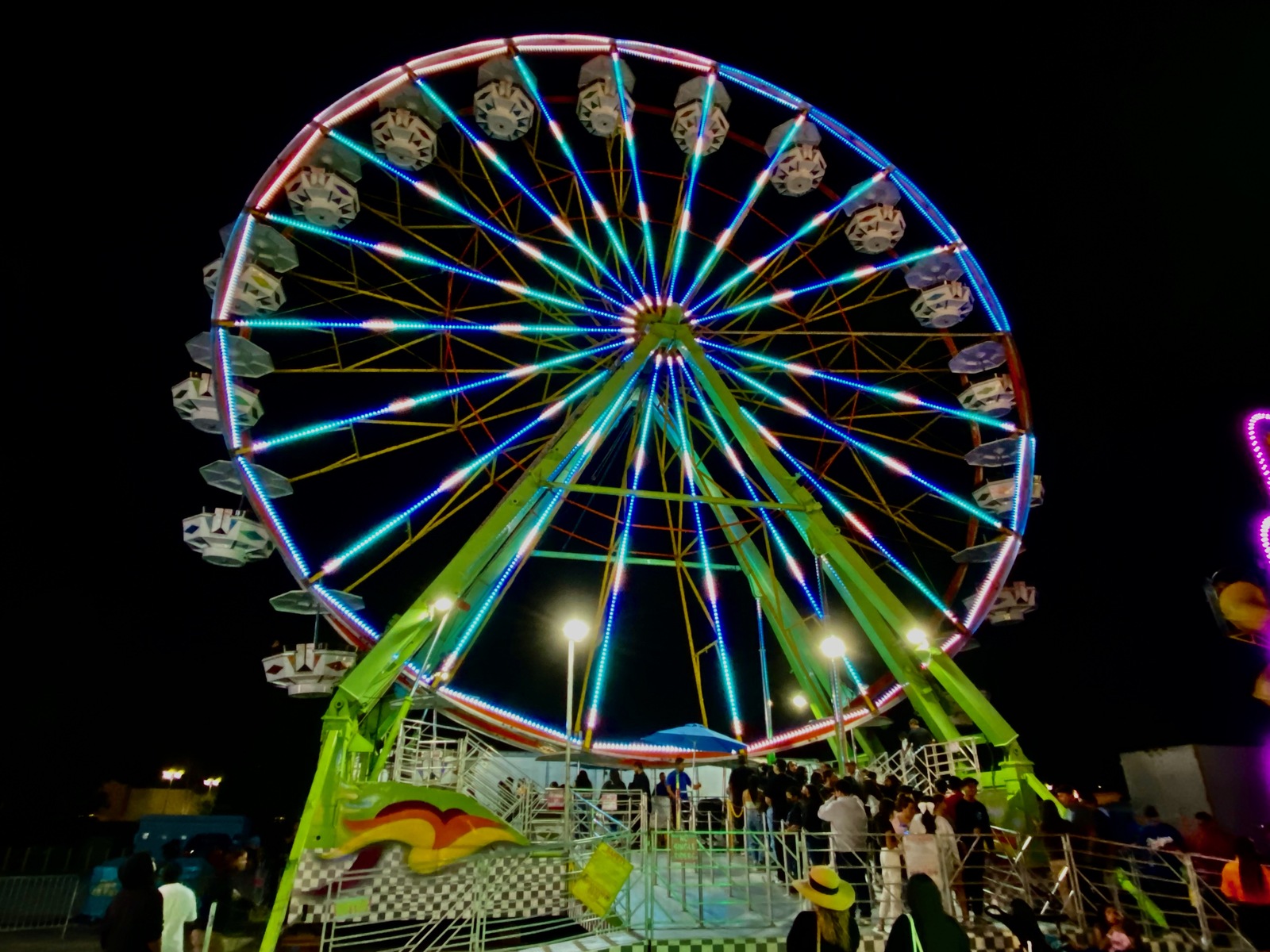 Butler Amusements on the Midway
Photo courtesy of Stefan Hinz

Last year's cancel culture seemed more widespread in California than most other states. The vast majority of fairs were cancelled or significantly scaled down – meaning two consecutive fairs were victims of COVID. How will these fairs perform – and how will their communities respond – not just after two years, but reopening in a vastly different economy and popular culture landscape than either pre-COVID or peak-COVID.

One of the first California fairs to be held in 2022, the April National Orange Show, saw a robust comeback and a return to form, Attendance saw a 38 percent increase over 2019, racking up  five consecutive days of record breaking attendance. “All five days of the fair were record days,” said Leslie Bischoff, Director of Marketing & Public Relations, National Orange Show, who noted that the fair broke records dating back to 2013. “[Attendance was] Great! Much better than anticipated.” 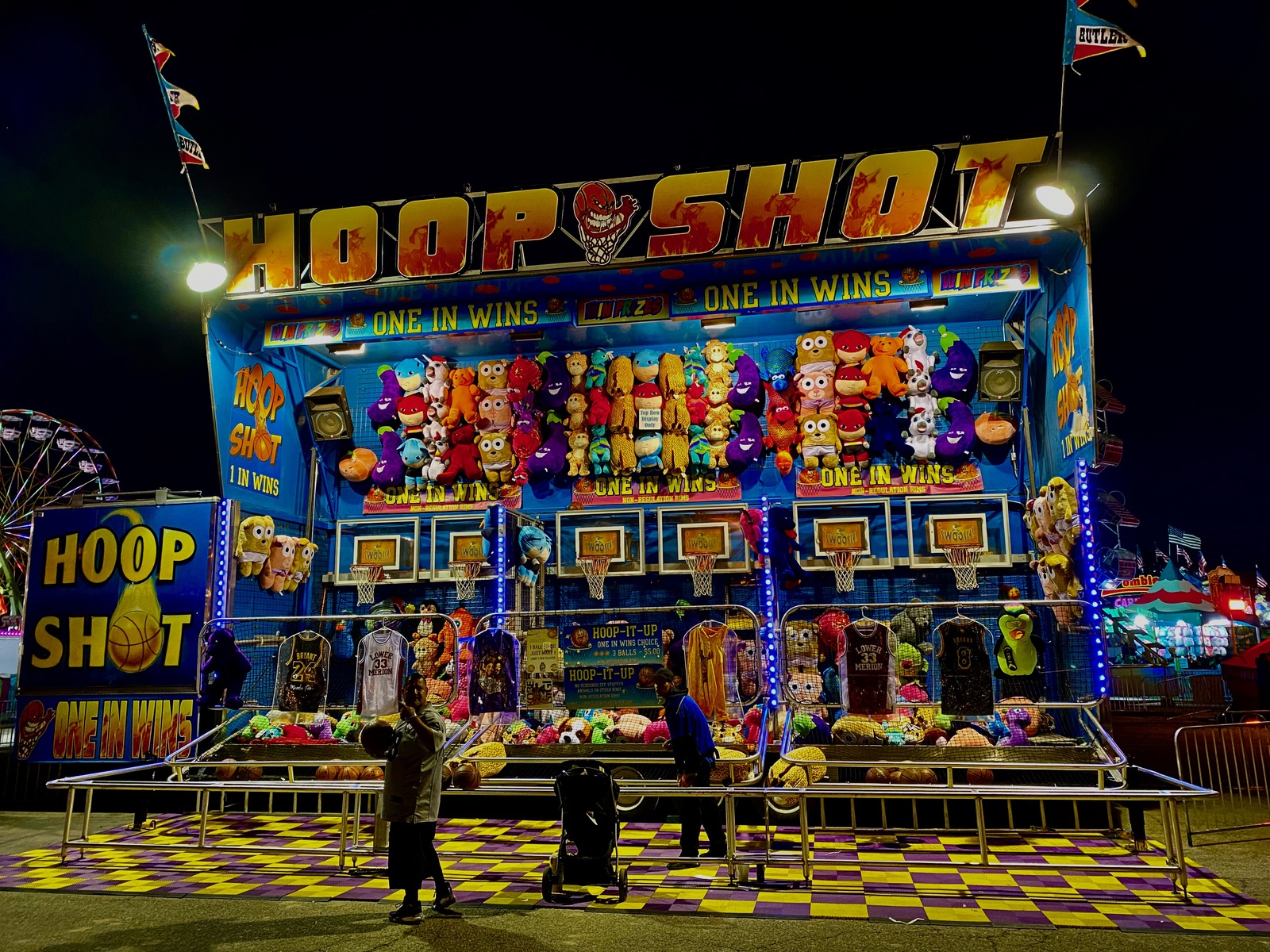 The pent-up demand factor was strong for this Inland Empire tradition, which dates back to 1889. Although smaller in scale than other county fairs, it remains one of the largest California events devoted to the citrus industry, and because of its calendar slot, is often looked at as a harbinger of the dozens of Golden State fairs to come. With so many agricultural fairs in this California dualism of two consecutive cancellations, the scrutiny has never been more intense.

“After a two-year hiatus, we were thrilled to bring back the National Orange Show Fair that has long meant so much to so many over the last 105 years,” said Bischoff. “We loved welcoming back families that have shared laughter and built memories across multiple generations, as well as first-time attendees. We were very pleased that the community was excited to get out and have some fun again.”

She noted the general attitude was upbeat, which made the transition for the return of one of the largest events in San Bernardino. “Fairgoers had a great time, they were happy to have the fair back especially for the children that have missed not being able to attend events due to COVID,” said Bischoff. “Everything went extremely smooth considering the two year closure. (They were) Happy to be out and living life again.”
Positive weather patterns also contributed to the turnout spikes. “After a big rainstorm hit early Friday morning, the weather was perfect for the duration of the fair. It ranged from the low 50s to high 70s,” she said.

Comparing 22 to 21, the immediate question is how closely will current spending trends track with the spending spikes seen at fairs in 2021? Bischoff said that while attendance broke records, she felt spending while healthy,  it  “was not in line with the attendance increase, the spending increases lower. Our attendance was better this year than in 2019 and they were spending money.”
Butler Midway

“Fairgoers have been patiently waiting for us, as we haven't had the chance to play the fair since 2019,” said Butler. “They showed up multiple times and per cap spending was still up, keeping in line with 2021 post-COVID spending.”

The Butler Amusements midway featured 29 rides, about the same as previous years. The midway featured the latest addition to the Butler inventory. “Our new one truck Himalaya themed as “Hawaiian Express” made its first appearance at the National Orange Show,” he said. 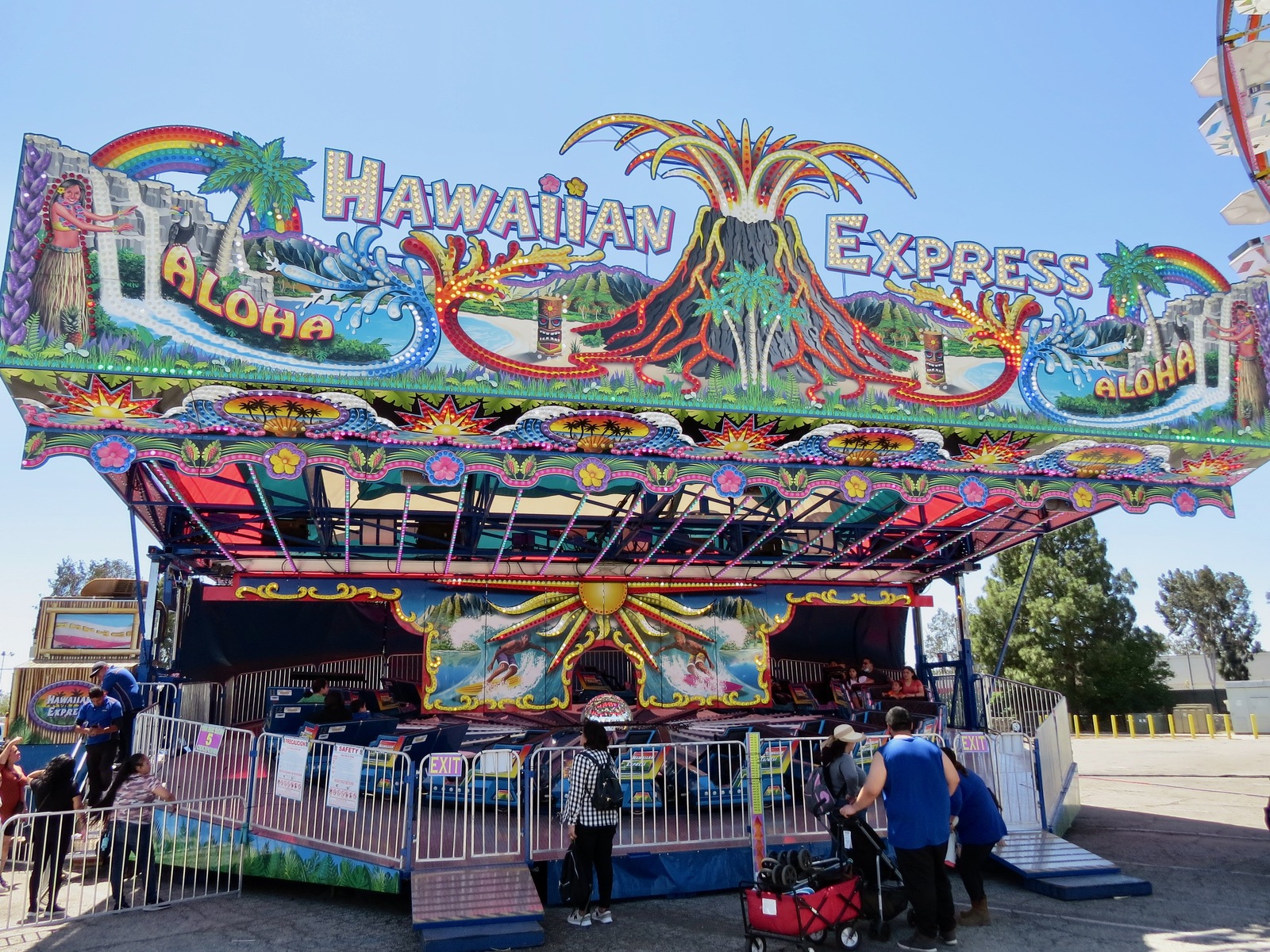 The fair itself was a bit of a milestone. While not the first complete fair since the Golden State slowly emerged out of lockdown, the success of the 2022 National Orange Show was another example that the West Coast fair industry has widespread community support. “We were able to have a few condensed or altered fairs in California in 2021,” said Butler. “For 2022 we have had a couple of fairs before getting to the National Orange Show, but it was one of only a couple of fairs that went on as usual with the same spending on entertainment and promotion as pre-COVID numbers.”

It was the organization that Butler credited for the robust comeback, sustaining a pattern of growth in spite of the pandemic interruption. “We are lucky to have such great fair partners as we do with the National Orange Show. The staff and management of the grounds are very hospitable and accommodating, above and beyond the norm. Our customers were also very excited that we were back after a three year COVID hiatus.

He added, “We have only had the fair since 2015, but their staff and management have done a great job at being creative and reinventing the fair every year. New promotions that have done a great job at getting more fairgoers. When you have a fair in the LA area there is always something going on in the area during fair time and you have to be creative to attract people. Alan Conrad (fair manager) and his team are not afraid to try something new and it has paid dividends over the years.” 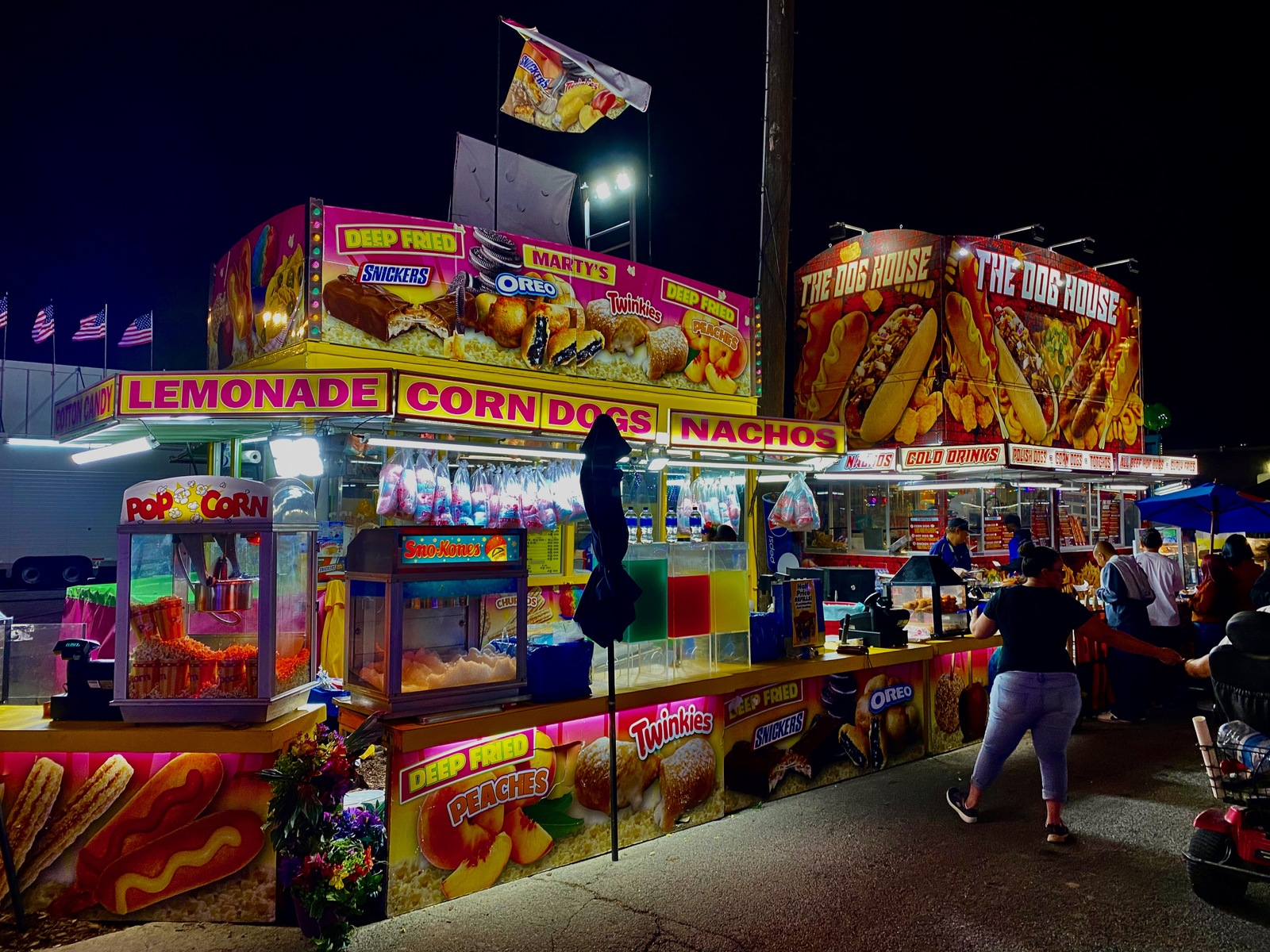 No testing of resolve or overcoming obstacles with creative solutions was more severe than the constant barrage of event challenges resulting from the global coronavirus crisis. The National Orange Show Fairgrounds maneuvered through revenue evaporation and the cancellation cascade by making tough decisions. In the end, the organization came out leaner and more focused. “We overcame the challenges by cutting expenses drastically and closing or restructuring those departments that were not profitable in the past,” said Bischoff. “We are working with a reduced staff.”

With food contracting, the fair faced an unusual paradox, dwindling renewals from 2019, but soaring application submissions. “Good concessionaires are not as plenty due to some being no longer in business over the last two years, in addition to staffing shortages. While commercial vendor applications were at an all-time high.”

The fair had more luck with reinstating its entertainment roster. “We were able to rollover most contracts,” said Bischoff. The lineup eventually included “bands from a variety of genres – Latin, classic rock, country, pop, soul, etc. Bruno & The Hooligans Tribute band and the Latin bands were crowd favorites. We had a wide variety of musical entertainment. From “Funky Fridays” featuring “Bruno” to “Military Appreciation Night” featuring country artist Darrell Worley. All of it was well received.”

In addition to the stage, fairground entertainment also hit a diversity of family entertainment notes. “The Flying Royals, Brad's World of Reptiles, Live Shark Encounter, Butterfly Adventures and the livestock/petting zoo are always popular,” she said.

The marketing campaign, which radio, digital and intensive social media outreach, appealed to the emerging budget consciousness impacting entertainment spending decisions in 2022  – this year's tagline was Affordable Family Fun. With rising gas prices and other prices, that's what's on people's minds, saving money while having fun with your family,” she said. “We worked hard to keep our admission the same price.”

Bischoff said her marketing team spearheaded a social media campaign, which drove the 2022 National Orange Show. But digital promotions and online marketing were effectively supplemented by Guerrilla Marketing. For the National Orange Show, a citrus industry showcase, this grassroots marketing effort meant sending representatives to social events such as parades and city street festivals, talking about the fair and handing out fair merch and other incentives. 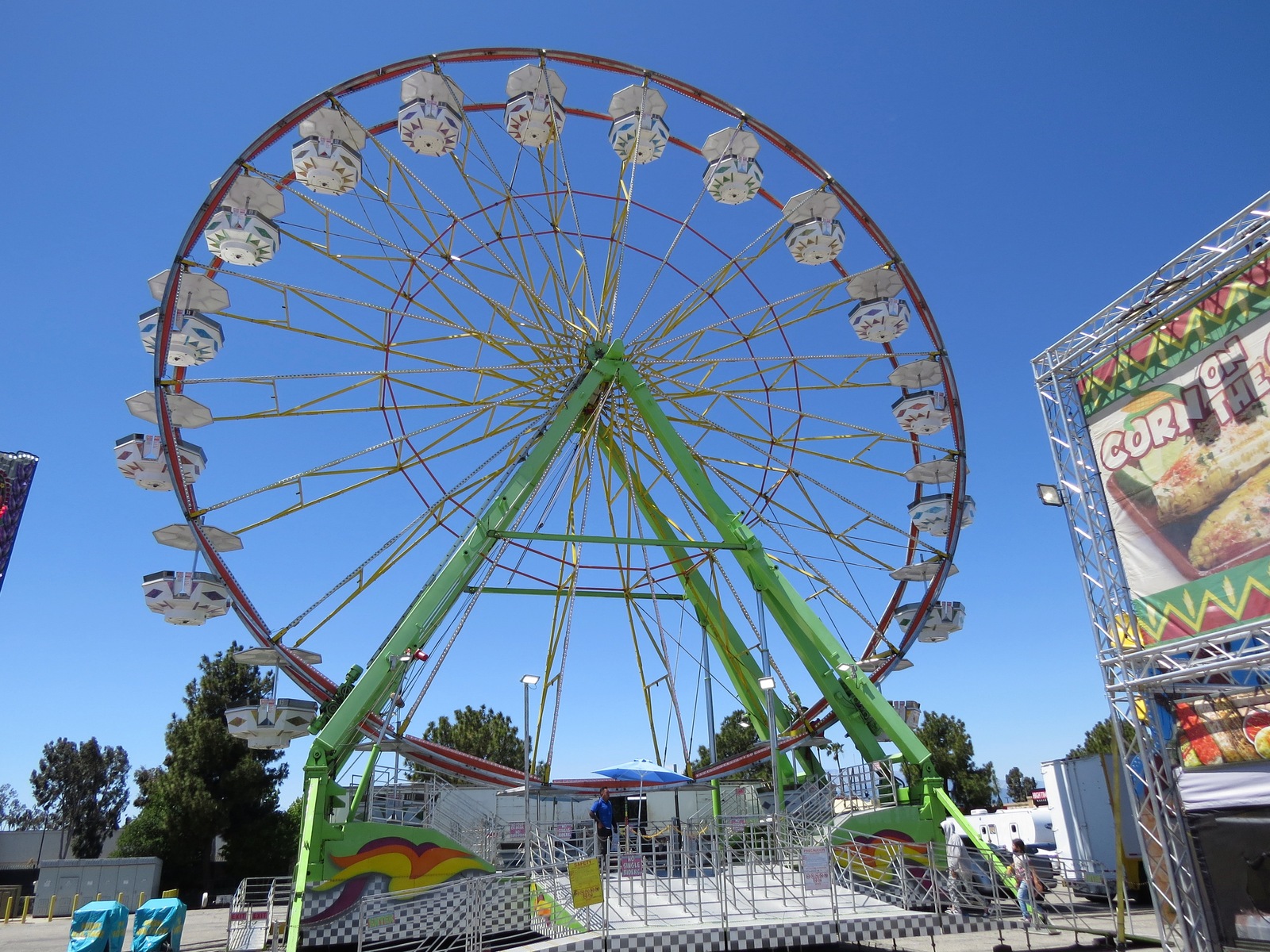 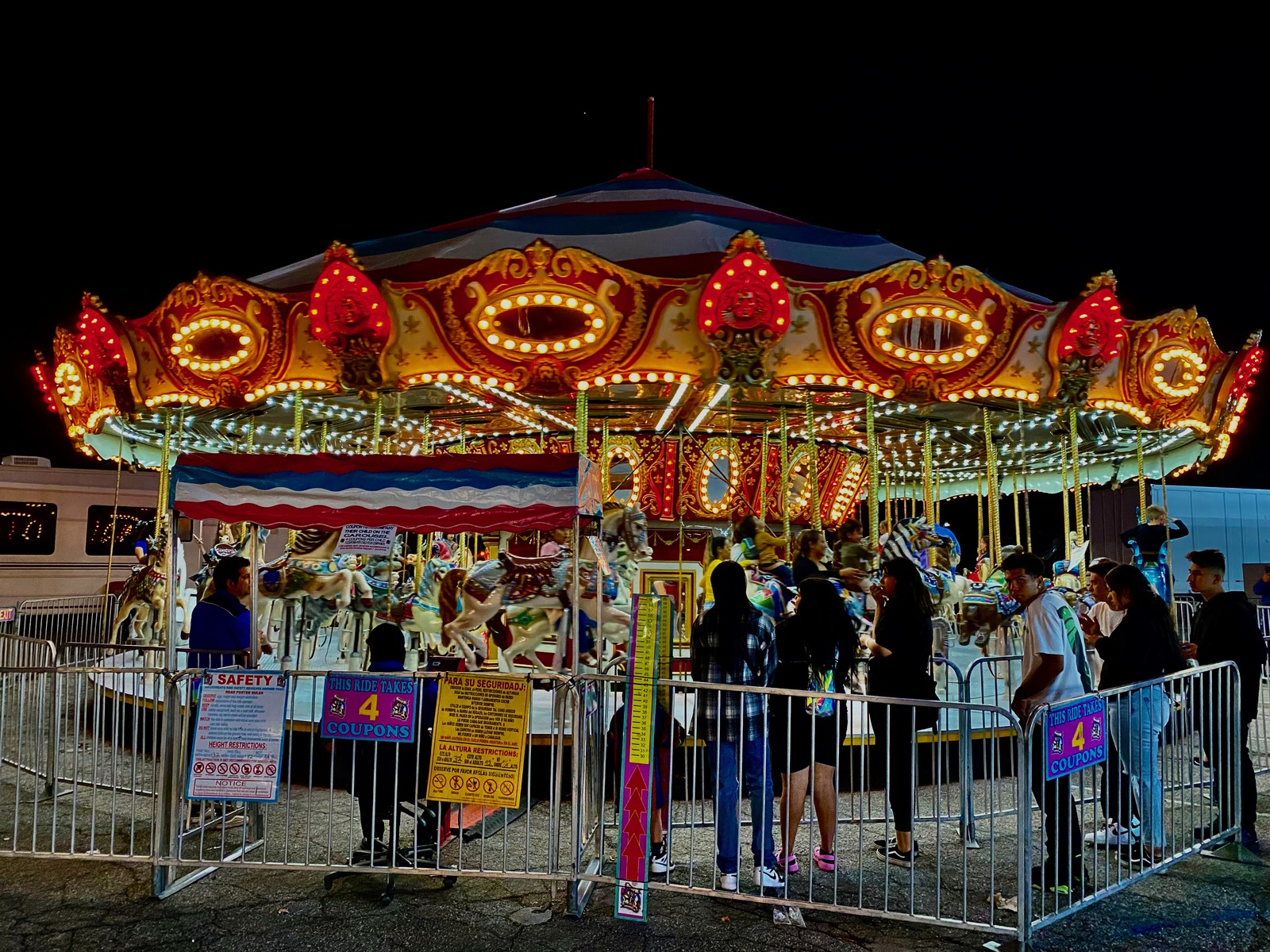 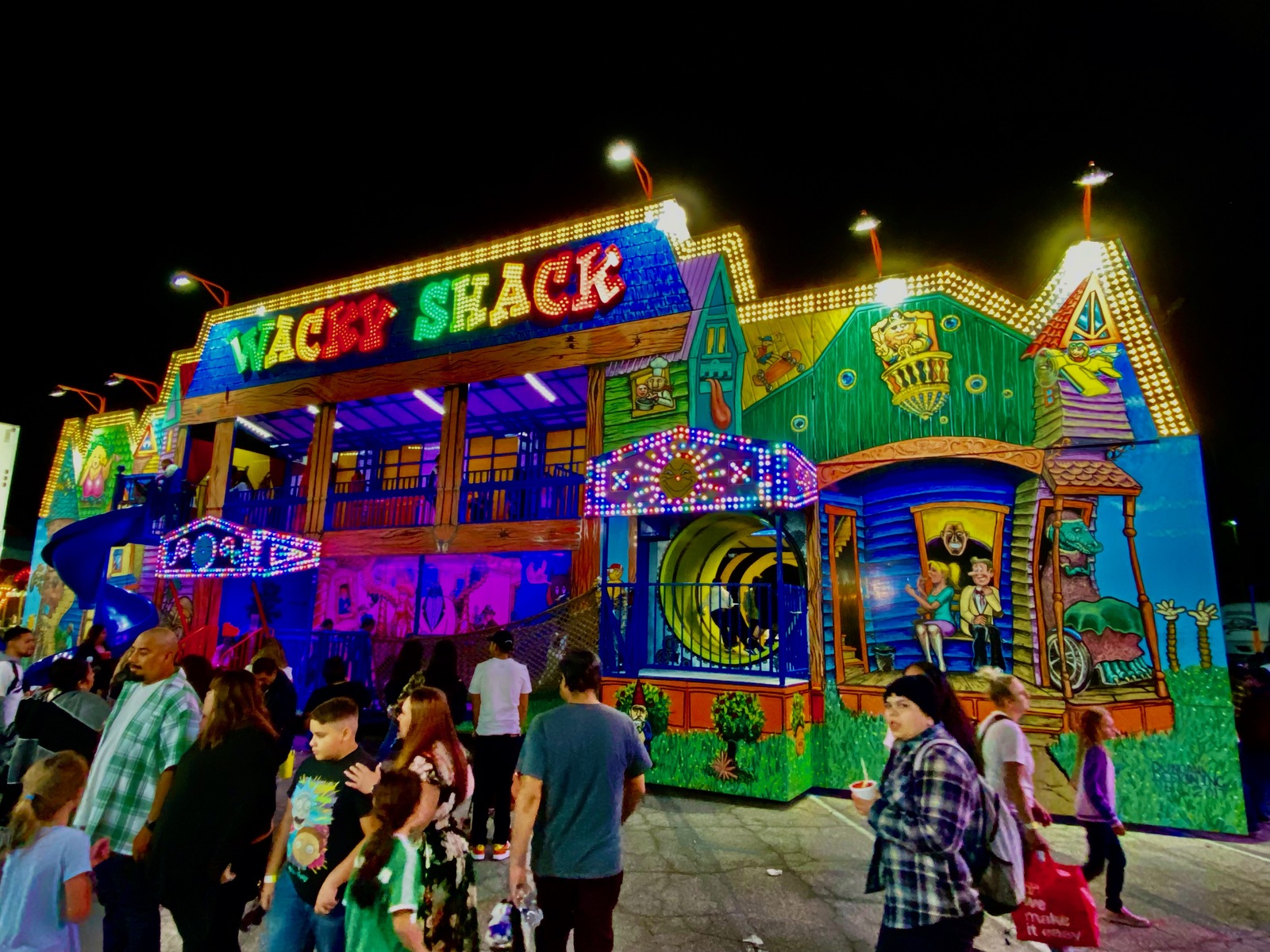 Butler Amusements on the Midway