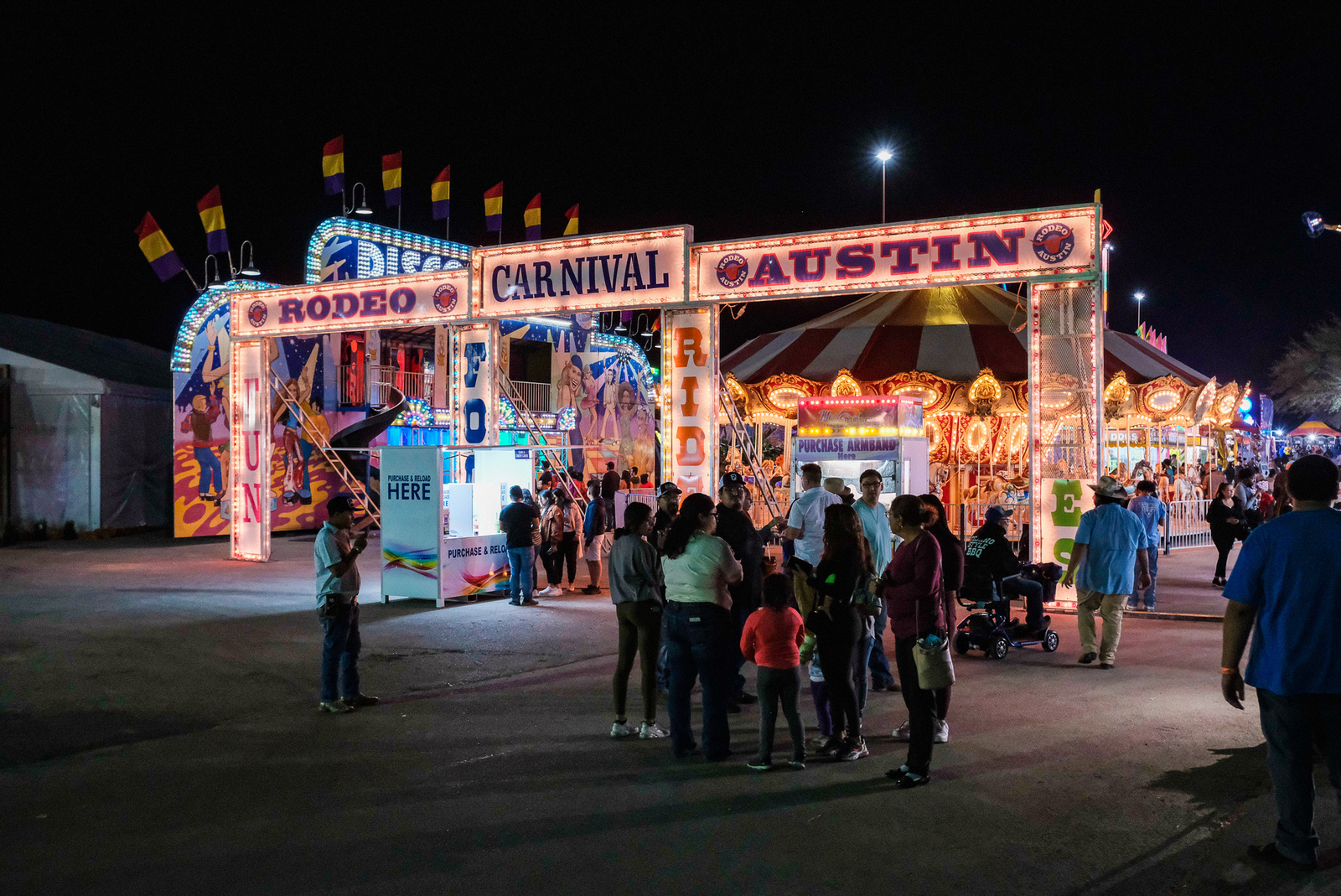 The COVID shutdown Rodeo Austin two years in a row, and just six weeks before the long-anticipated 2022 comeback, the pandemic reminded everyone that the crisis continues. With the omicron variant spiking, health officials commandeered the 20,000-square-foot Banquet Hall, forcing the relocation of 75 vendors and concessionaires. Team Rodeo Austin “scrambled,” according to Rob Golding, CEO of Rodeo Austin, solving the vendor housing crisis with several “large structure tents.”

The loss of the facility so close to opening day was just another in a series of hurdles to overcome that persisted throughout the pandemic era. “It has been effectively three years since 2019 to plan Rodeo Austin,” said Golding. “I wouldn't recommend it, the bottom line is that we had an incredibly successful year. The loss of the banquet hall happened late into the process, but what we were able to do is pivot.”

Only three entertainment contracts were able to be rolled over from the cancelled 2020 fair. “Sponsor fatigue had set in,” said Golding, as many traditional sponsors faced their own COVID-related challenges, disrupting usual support systems. “The problem is a positive because most of the sponsors stuck with us, but we were hitting them not twice, but a third cycle of their budget. Some reduced their commitment and in a few cases, dropped out.” 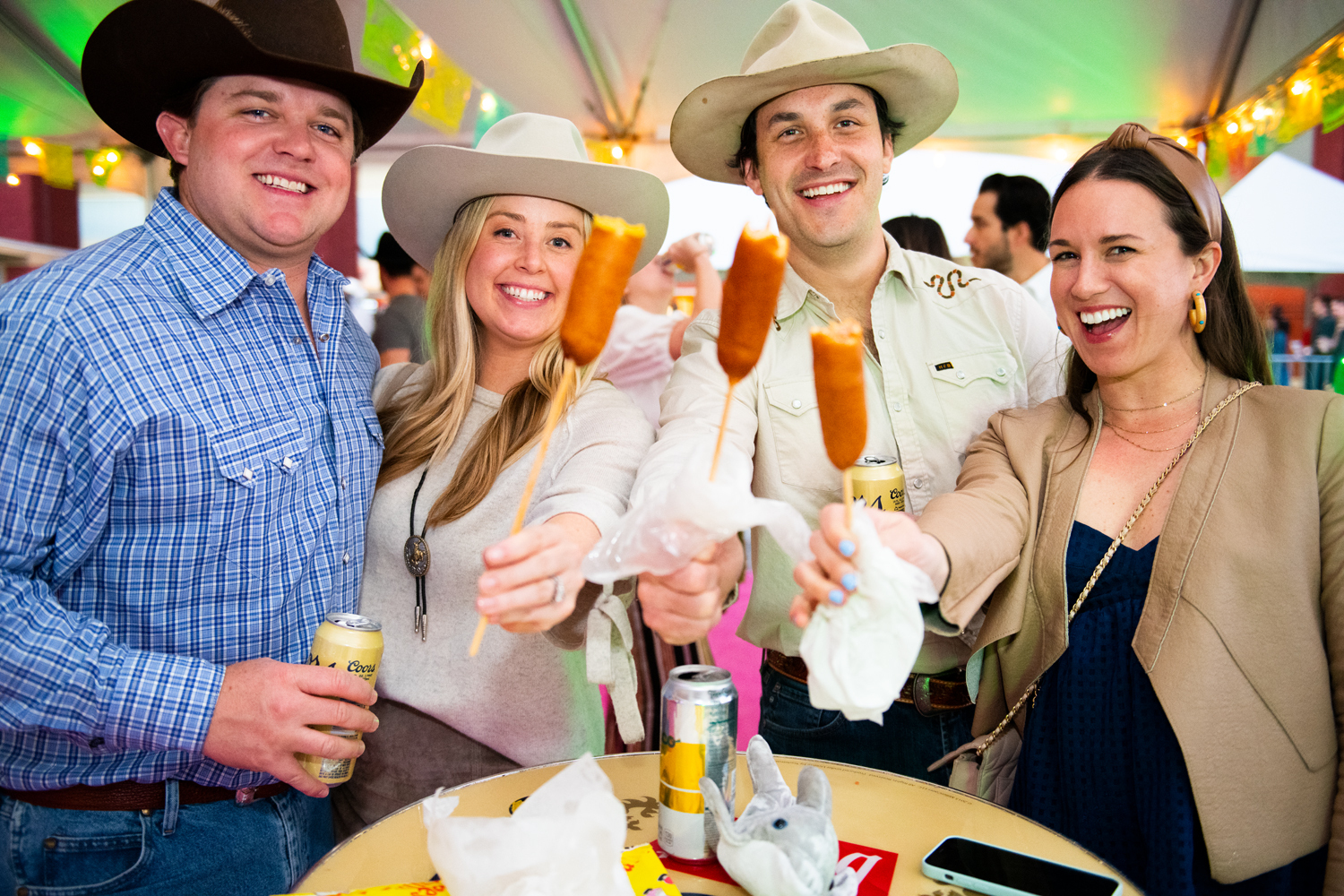 Two no-show Rodeos negatively impacted the operational revenue streams, resulting in deep cuts in staff and salary. But when the fair was ready to rebuild its workforce, the labor market had changed. The 2022 rodeo had about two thirds of its 2019 staff, including paid and volunteer. “The biggest worry were the stress points out of the 17 days and being overwhelmed by the crowds,” said Golding. “It's all about traffic control. We were seeing stress points at gate entry, ticketing and concessions, but the attitude was very understanding among the crowds. They knew we were dealing the same staffing shortages and supply chain issues. Our crowds seemed to get it.”

Total fairground attendance reached approximately 290,000, according to Golding, a strong year and increase of 20-25 percent over 2019. Finally free of lockdown and eager to revive a tradition absent from their lives for two years fueled this vigorous comeback. Enhancing these factors was a cooperative mother nature, with only one stormy day during the 17-day run. “My lips to God's ear, we had good weather,” he added.

Spending was also robust, auguring well that consumer confidence and disposable income continue to exhibit muscularity.  Golding said that 97 percent of stock show/rodeo tickets were sold, creating a positive economic ripple throughout the event. “Our fairground attendance was up 23 percent,” he said. “The carnival was a record, jumping 70 percent over 2019. Our per-capita spending was 27 percent higher than 2019.”

He added, “the economy is booming again. I think the labor shortage was a sure sign of this. We were offering $17 an hour hires and we couldn't get everyone we needed, and that's happening with every restaurant and service worker employer,” he said. “That tells you the economy is back and humming, and the fact both our total spend and per-capita spending was up.”

He noted that the 2022 revenue did recoup the losses suffered from back-to-back years of cancellations. 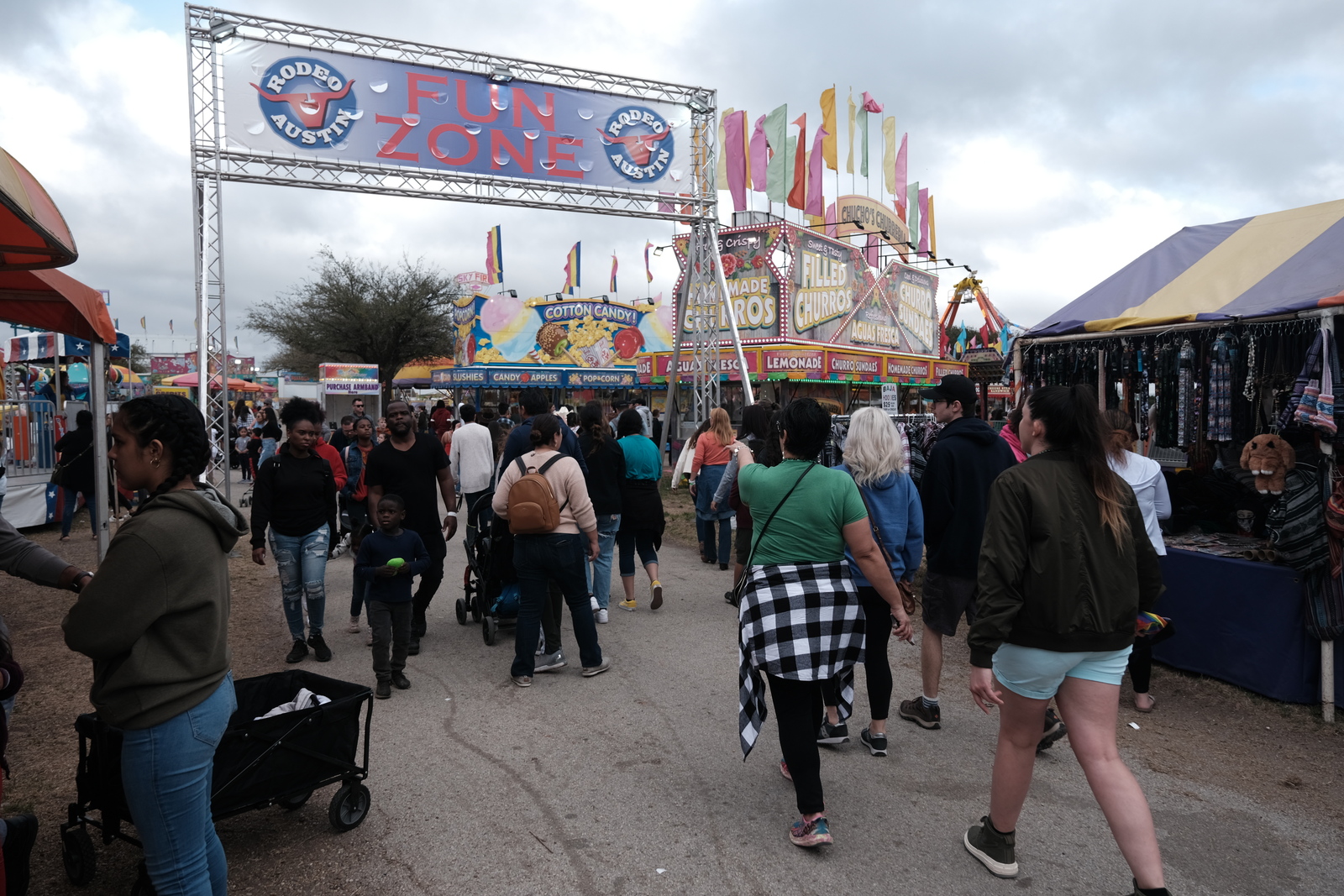 Rodeo Austin is Back


Another turnout enhancement, was a reformatted advertising campaign, spearheaded by a tagline evoking plainspoken directness long popular in southwestern markets – Rodeo Austin is Back!

“We debated constantly about how do we market and message our reopening,” he said. “The conclusion we reached is that everybody knows about COVID, so why regurgitate that messaging. So, we flipped the switch and said we're back. Our videos showed real crowds and people having fun. It paid off, because by the time the fair rolled around, all the COVID worries had been answered and people were gathering again.”

The pandemic-induced moratorium, followed by a highly anticipated return, fueled a budgetary trend that predates the crisis. In 2018, Rodeo Austin began the widespread and apparently irrevocable migration of dollars from old media into new. “For our last fair â€¨(2019) we were shifting money from traditional marketing media to more social and digital,” said Golding. “Our focus was even more on digital this year. In terms of spending, we've reallocated dollars out of television, radio and print into digital. The gross dollars spent remained the same because our leadership recognizes that that we're still in the public event business and if you don't market the public won't know that.”

The headline entertainment that eventually was assembled proved to be a winning mix of superstars and genres, including Melissa Etheridge, Chris Janson, Josh Ward, Ashley McBryde, Oak Ridge Boys, Josh Abbott Band, Boyz II Men, and Kevin Fowler. Only three of the 15 headliners were rollovers from 2020 contracts.

Uncertainty and rising costs seem to be prevailing in the post-COVID entertainment market. “It was very hard this year,” said Golding. “Most of the entertainment hadn't been on the road, so to get them pinned down was more difficult. They were also looking for a payment bump. It was a struggle but we didn't spend more dollars than we had planned. This may ease off as more festivals and concerts open up again.”

The “pleasant surprise” of this “challenging booking atmosphere was an Hispanic Heritage Day, headlined by La Energia Nortena – Dia del Vaquero. “It was absolutely the biggest day we ever had in the carnival.” 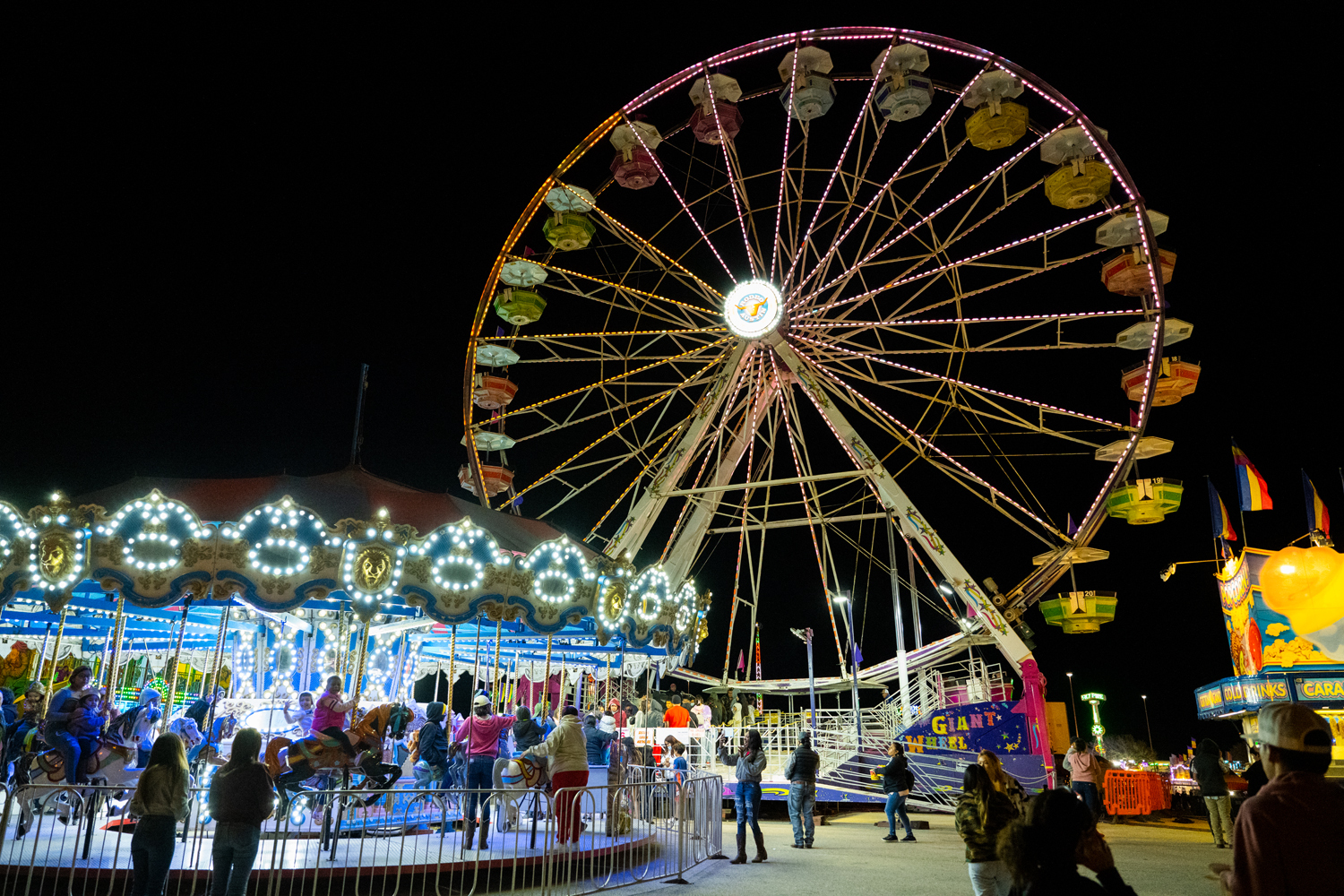 “We had a lot of Hispanics, they really turned out,” said Pat Crabtree, of Crabtree Amusements. “We had a record revenue, the weather was a perfect. It was a great run.”

The midway featured 52 rides and 23 games, on par with previous years. New rides enjoying their Austin debut included a Down Draft and Zero Gravity. “The carnival was more consistently busy than ever,” said Golding. “It was our best carnival ever. The most popular ride was the Giant Wheel, which is a landmark and you can see it from 10 miles away. The midway was packet, it was iconic.”

“Rodeo Austin are a great bunch of people to work with,” said Crabtree.

Did this midway veteran notice any signs of things to come this season? “Seventy percent of the purchases were through debit cards, not credit cards. If they have the money to spend, they're using debit cards. That was flipped around from 2019.”

Planning for next year may already have begun, but at least the most frantic chapter of Austin's coronavirus experience has concluded. “We were prepared to what we had to do and because of that attitude we were able to come back. We always have tenacity. If you don't give up you will be rewarded with a successful event.”

Any thoughts for fair and event managers preparing to open? “Better be ready for bigger crowds. If you are not fixing the logistical and infrastructure challenges, the result will be less happy people.” 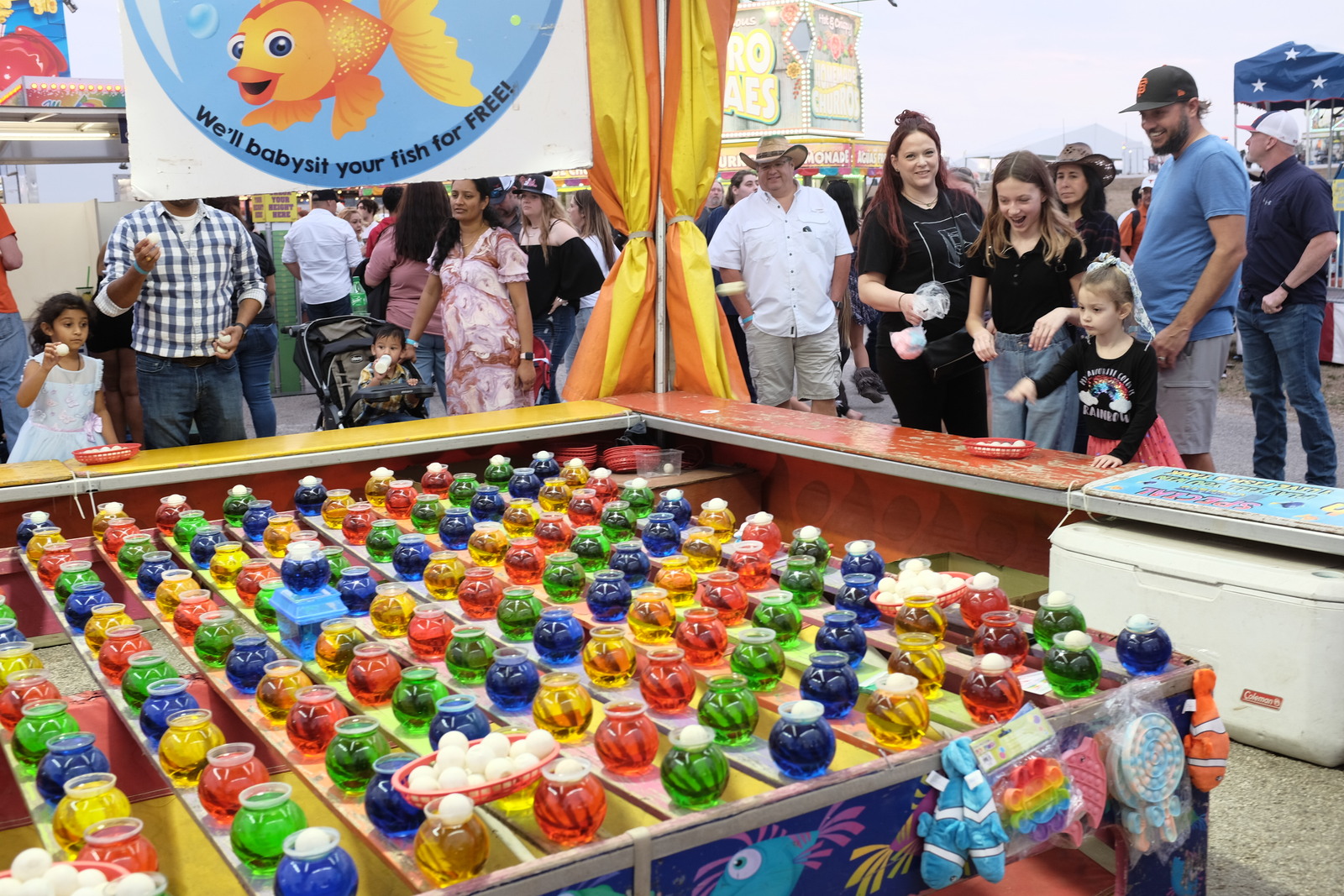 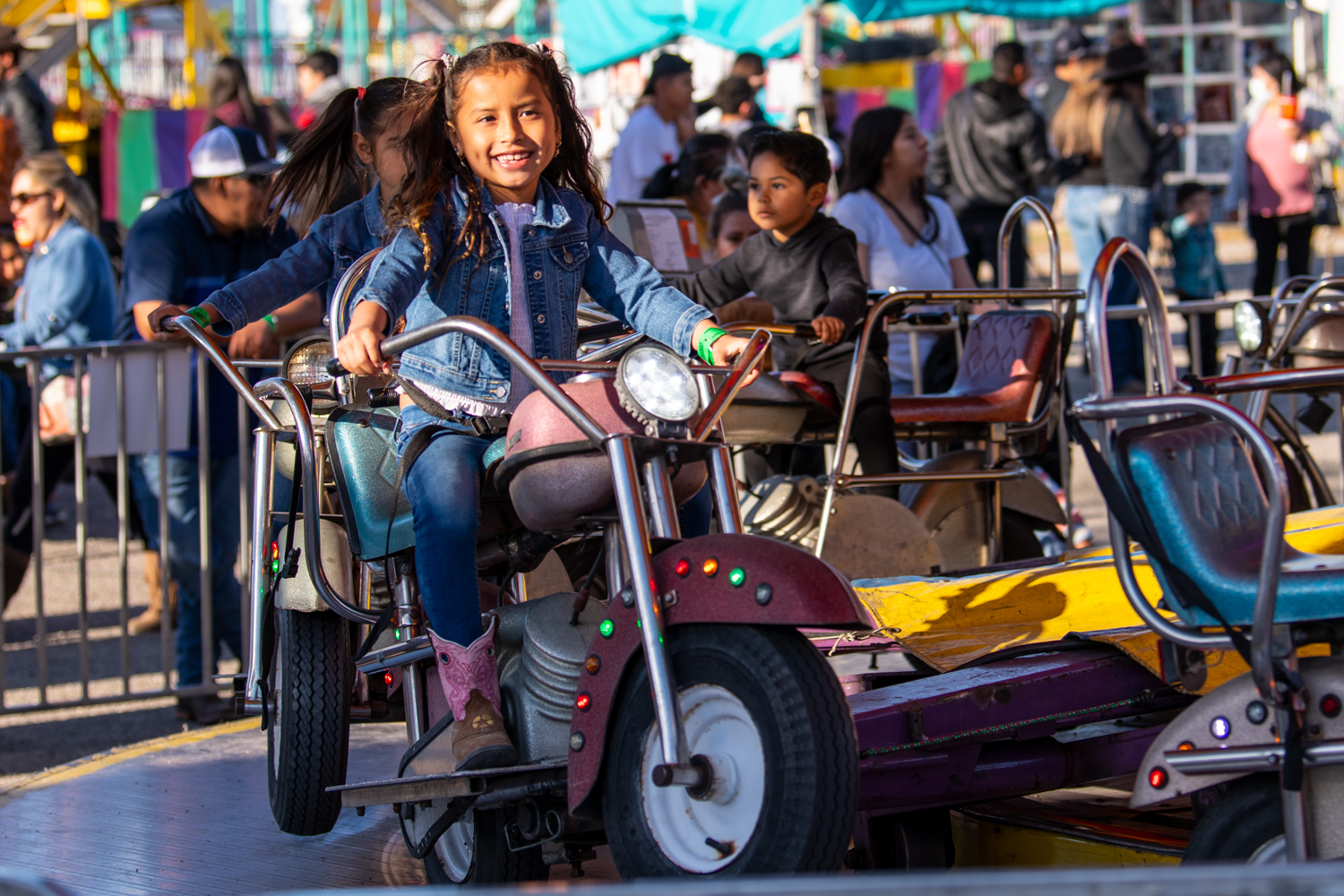 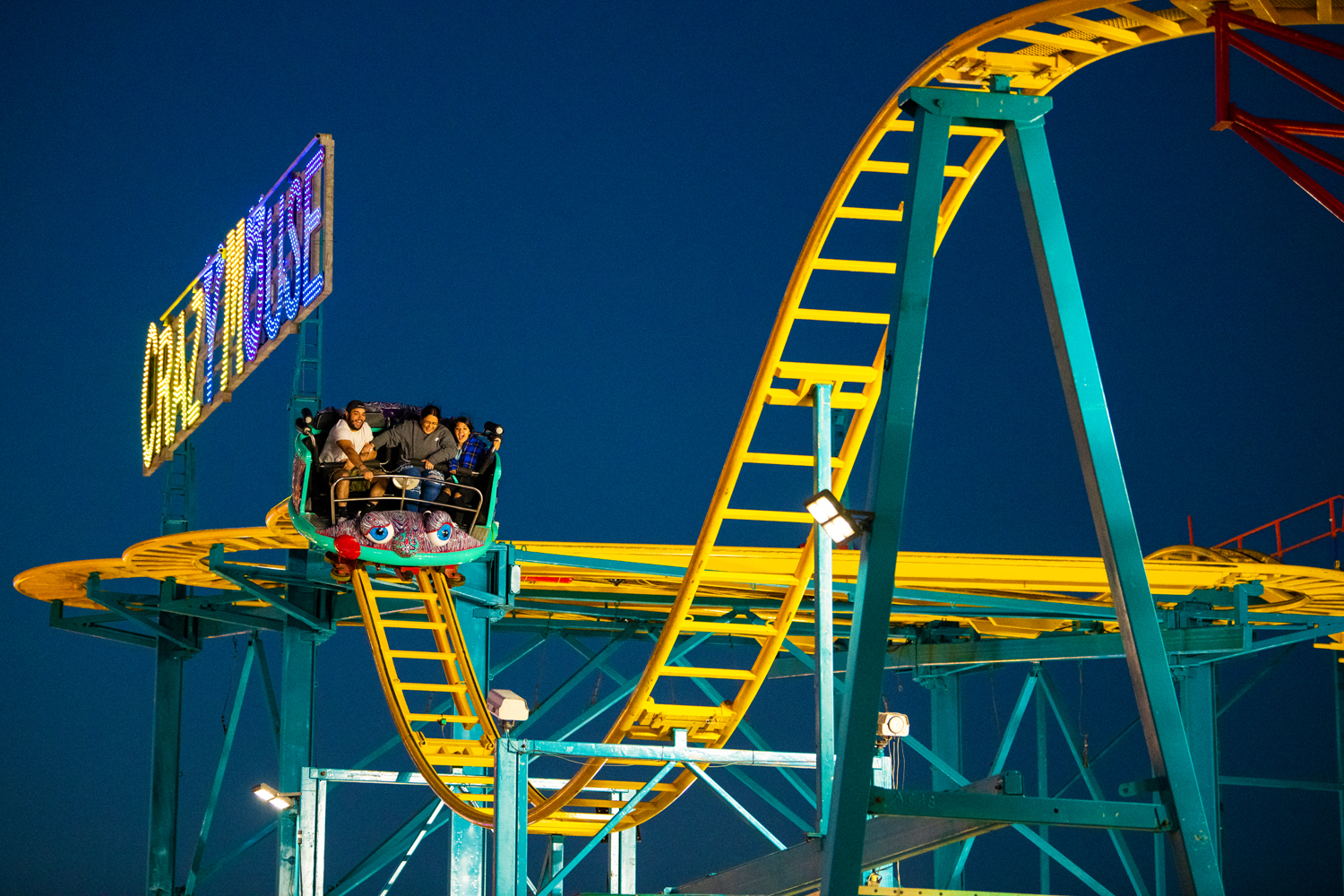 Crabtree Amusements on the Midway