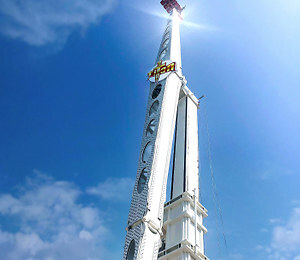 Arizona-based Ray Cammack Shows is planning to debut a major new ride in 2019. According to the company’s vice president, Ben Pickett, “We just took possession of the very first 55m Fabbri Booster Max that we have named the ‘Titan.’” The pendulum-style ride will make its first debut in the U.S. at the Rodeo Houston in February of 2019.

Pickett attests “This is not your typical carnival ride. This is an absolute thrill ride that people will seek out,” he says. “We are excited to add it to our list of attractions we bring to our over 11 million visitors a year.”

Ray Cammack Shows, Inc. has been a carnival titan long before they named their new ride. Since 1961, the company has given rides to over 10 million people a year, and prides itself on the technical experience and business acumen of its staff. The company was among the first to to use electronic ticketing, implementing their FunPass in 2007, the same year they added 14 new rides to their line-up. The company continues to add rides annually; today RCS has over 70 rides. The jungle-themed, KMG built bench ride Konga was added in 2018; it includes water features and LED lighting effects. Also new this year was the Ice Jet (flying bob style ride) and the Flying Jumbo. 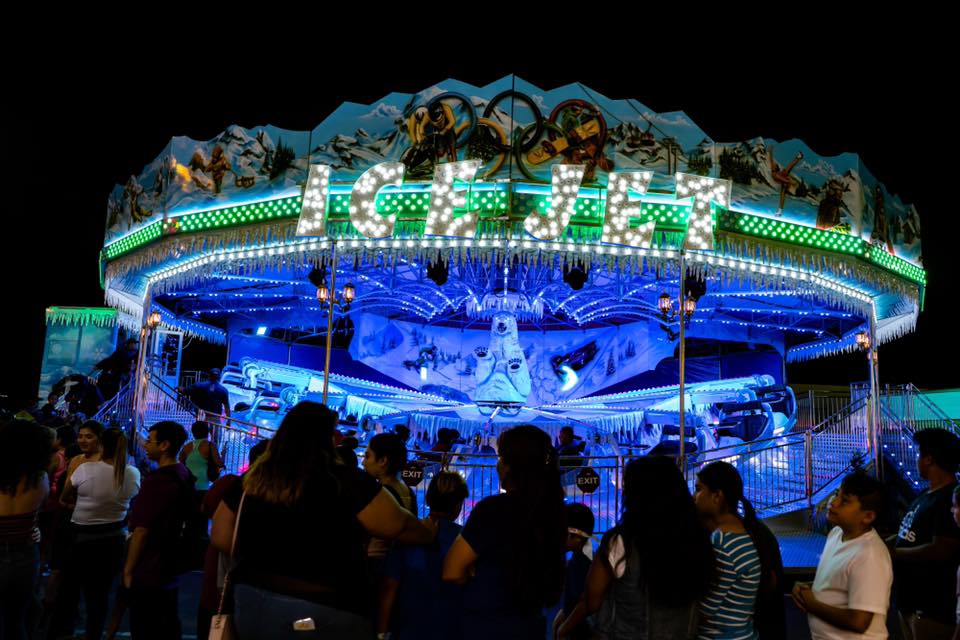 New food options added this year include everything from deep-fried pickles to fried chicken on a stick; fruity-pebbles fried shrimp on a stick; and fries topped with a mix of chili and cheese. The “Totally Baked” cookie joint continued to be popular. Fresh squeezed lemonade, grilled chicken, and beef kabobs are among the food stands’ most unique offerings.

The company also worked to improve the ticketing experience for riders as well.

Pickett asserts “We are always open to new ideas, and with our cashless ticketing system, our options are endless. In 2018, we launched the FunPass app for our customers. It is the first ‘No Line’ ticketing option of its kind in the country.” He adds “Customers are able to now purchase tickets for our rides and games, track usage, reload and share tickets. It has truly changed the experience for our customers to a very positive, no frustration way of purchasing tickets.”

While the entertainment options and ease of purchasing them both continue to increase, what hasn’t is the carnival’s pricing.

“Our ticketing pricing doesn’t vary much year to year. Once we find a formula with our partners we tend to stick to it,” Pickett relates.

The formula works: Pickett says that all the carnival’s many events this year were extremely successful, and most were even record breaking. Among the largest were the Houston Livestock Show & Rodeo, Orange County Fair, Pima County Fair, Los Angeles County Fair, Arizona State Fair, and the Antelope Valley Fair.

The company has just closed to the public for the winter, and will reopen at the end of February, Pickett notes, in Houston, Texas for their 26th rodeo and the premiere of the Titan. The rodeo is also home to a bevy of other big rides provided by Ray Cammack Shows, including three Ferris wheels - the Big Wheel, Grand Wheel, and La Grande Wheel XL, which when it was purchased marked the biggest purchase ever made by the company until that point. That wheel made its debut in Houston as well, a monolith at 15 stories high, with climate-controlled gondolas.

Along with offering cutting-edge rides, RCS is dedicated to its staff, offering employee amenities such as a lounge on the midway, a commissary, and even on-site child-care, as well as a hair salon.

To promote its carnivals, Pickett states “We rely heavily on our fair and rodeo marketing teams to push the word of the events, new equipment, promotions,and new items. We work hand and hand with them to market mainly on social media, television, and more recently have worked with lots of Food Network, Cooking Channel, Travel Channel programs.” He adds “We are seeing a huge shift in the marketing tools we use to be more social media based.”

Pickett says the company prides itself in “always pushing the bar to better our industry and ourselves. Safety is always our first priority, and second to that is the experience of our guests. If we had to pick one thing that made us different than most operators it is our game operation,” which is owned by the company.

While the company began as a ride-focused carnival, in 2005, owner Guy Leavitt took on games as his newest mountain to climb. Along with the innovative game operators Anne Kastl and Steve Charleston, they developed the country’s largest soft-sale game operation. They began merchandising teddy bears, and additionally focused on creating a family-friendly game operation with operators that are approachable and personable. Today, Pickett says, thousands of high schools, colleges, school sports teams, and church groups participate in the operation of the carnival’s games, staffing them throughout Arizona, California, and Texas. The unique program, which began at a high school in Houston under Kastl’s guidance, staffs over 75% of RCS games, and is, Pickett notes, exactly what the carnival company envisioned.

RCS owners Charlene and Guy Leavitt both grew up in carnival life; Charlene’s father was Ray Cammack, who began in the carnival business with a home-built merry-go-round. Guy’s parents also started their carnival with a merry-go-round, later purchasing the Great Western Carnival. The two carnival operations came together with the marriage of Charlene Cammackand Guy Leavitt, and family members from both sides are still involved with supporting the carnival today. 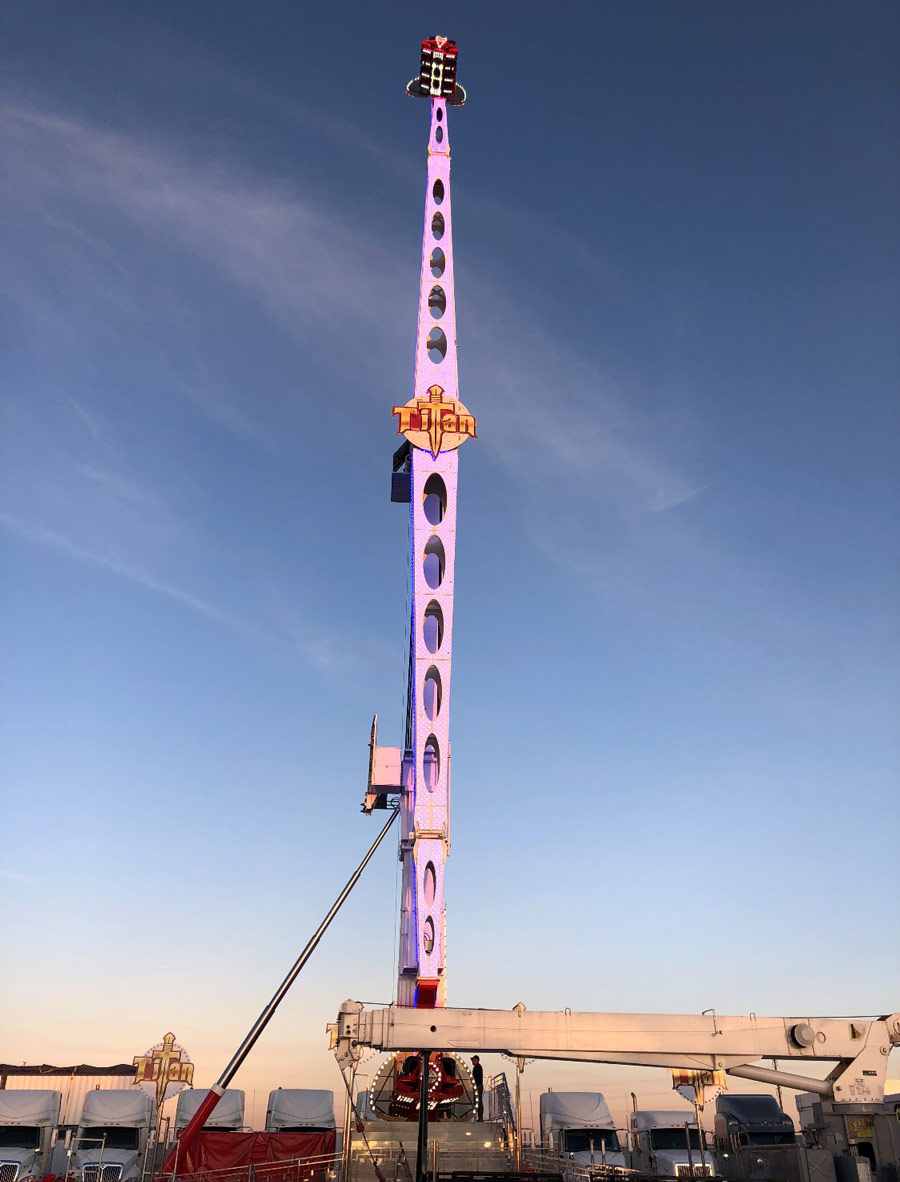 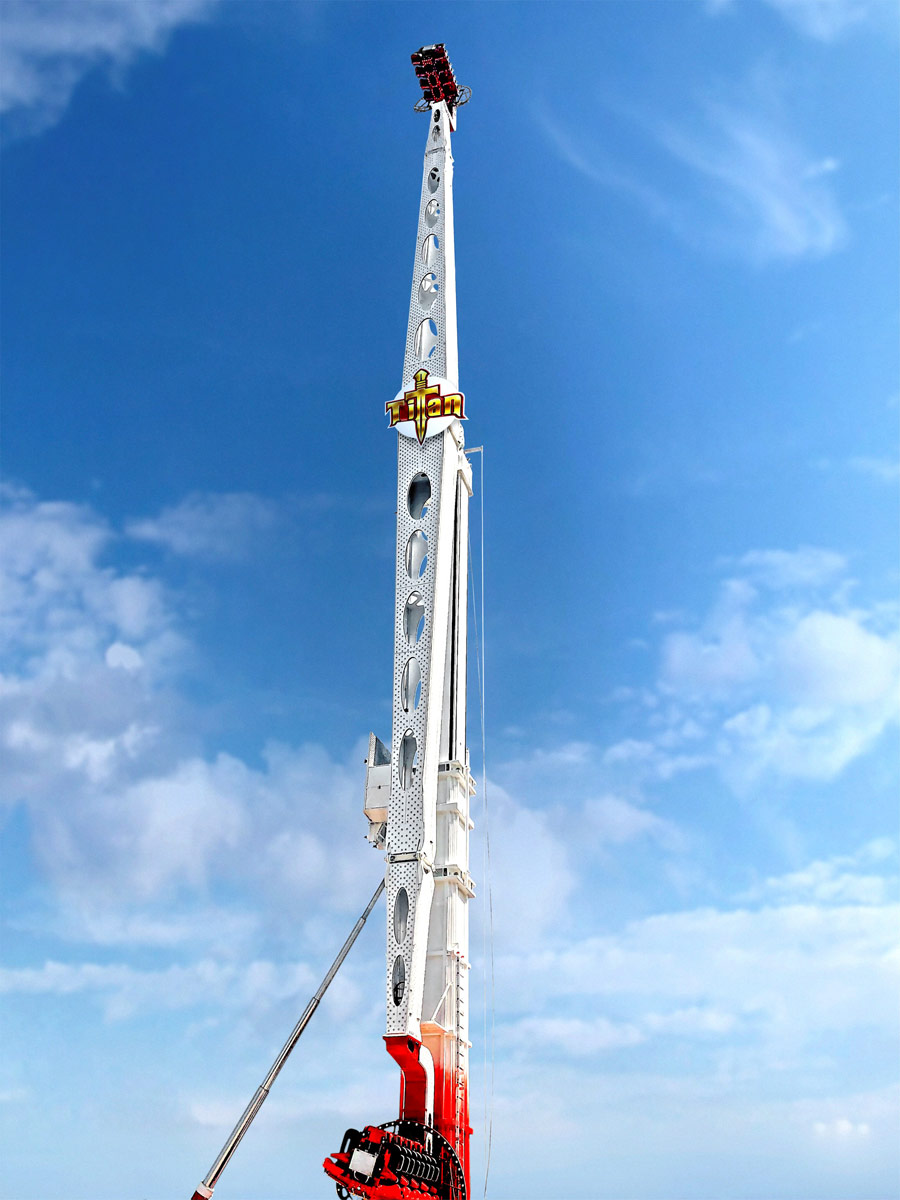 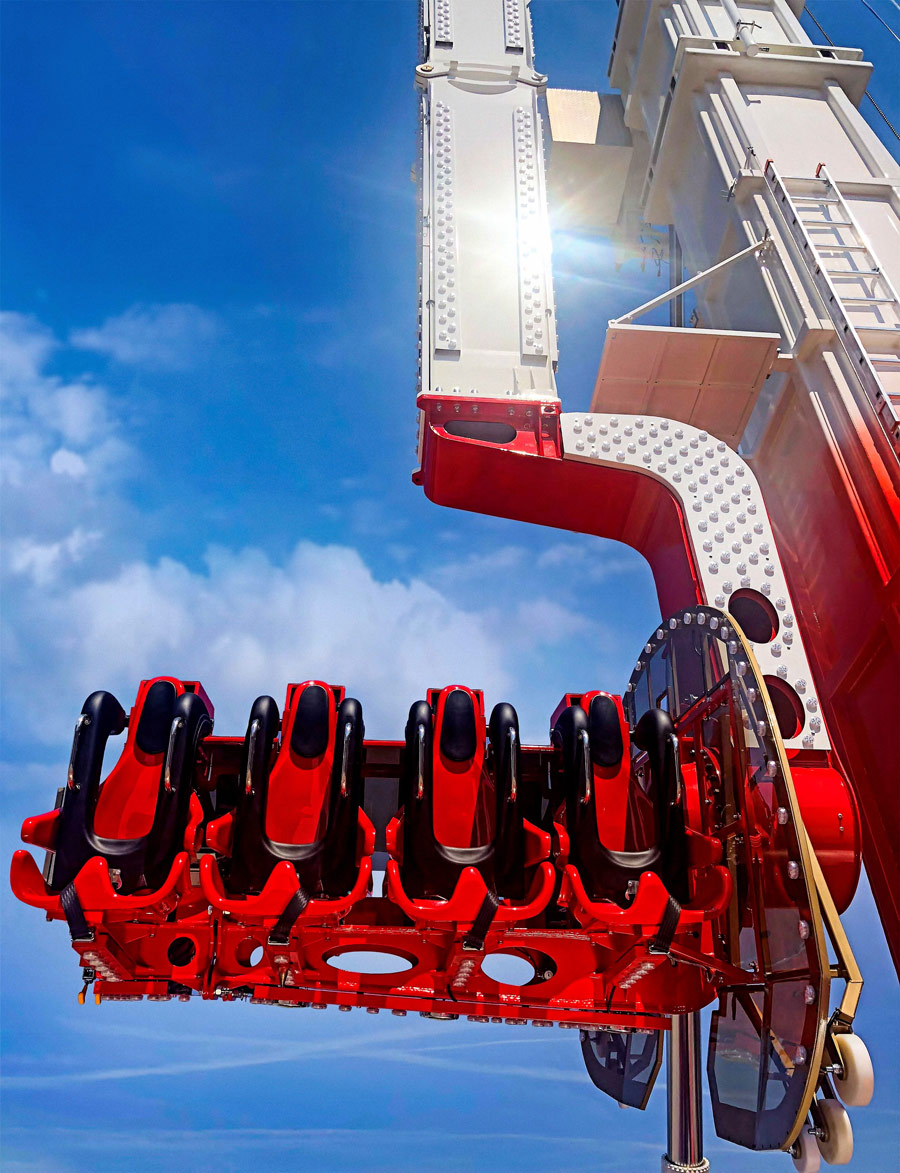 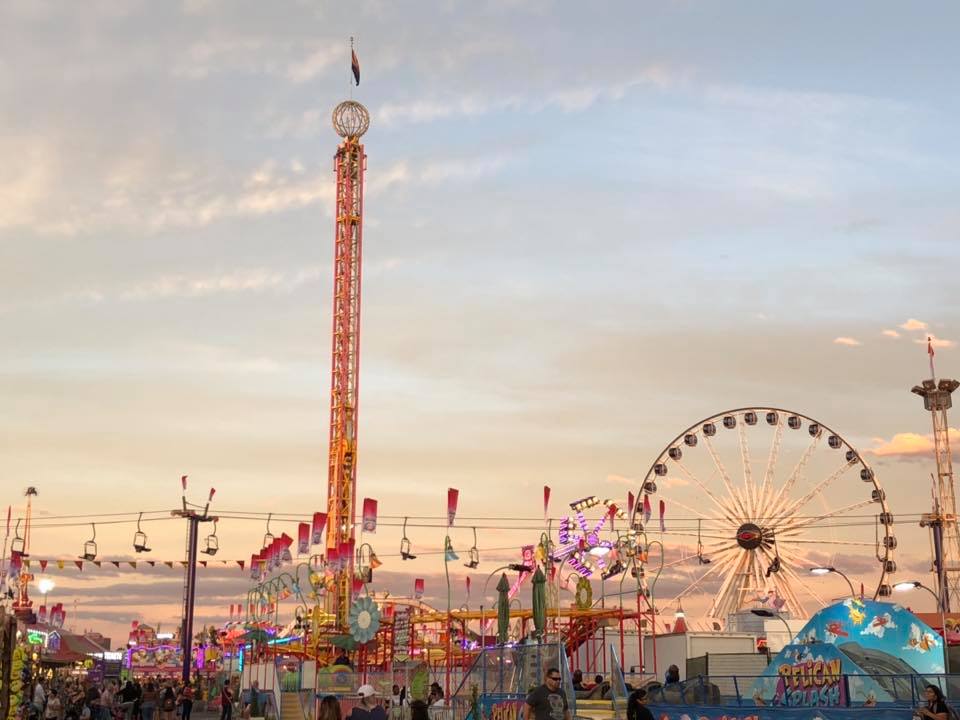 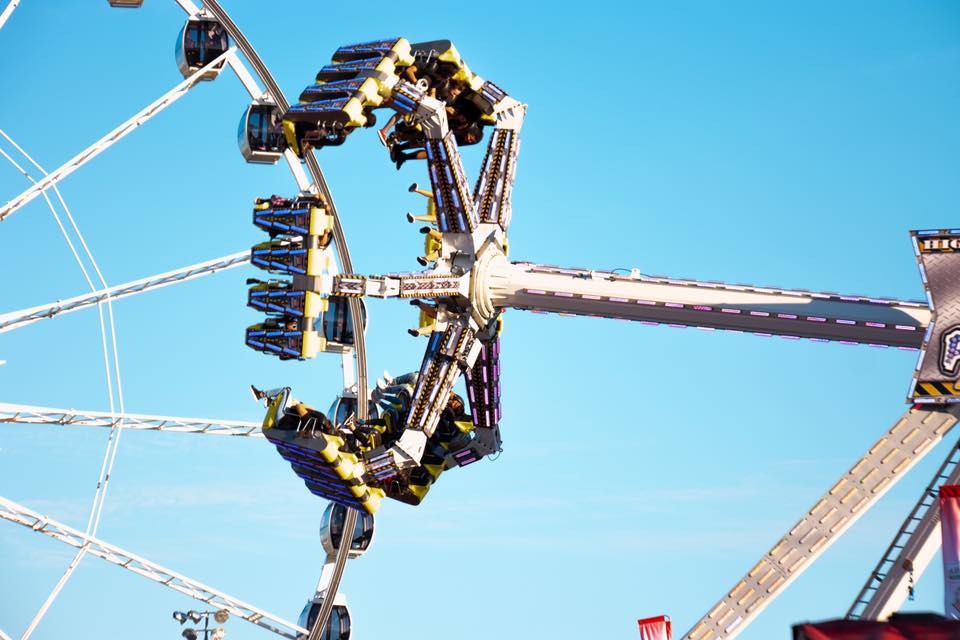 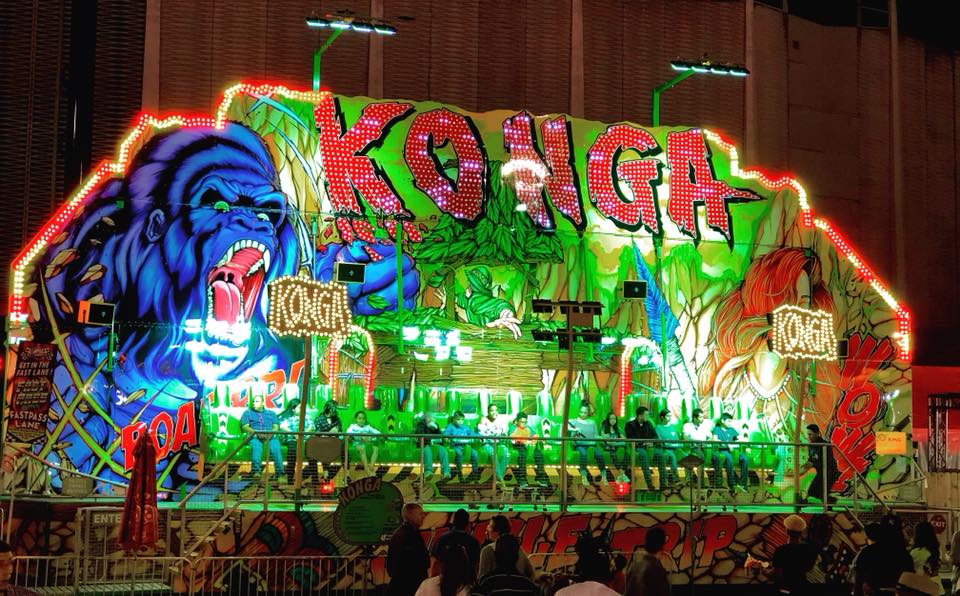