The rain didn't stop people from enjoying the 2022 Alaska State Fair season which ran from Aug. 19 to Sept. 5.

Fair officials are still finalizing this year's statistics, but press releases indicate that the overall attendance was strong this season and could even be higher than last year.

According to the press release, ASF sold 4,100 more concert tickets in 2022 than they did in 2021. Acts such as Rise Against, Brothers Osborne and Barenaked Ladies, Shaggy, and Lauren Daigle took the stage this season.

The Demolition Derby and All Star Monster Trucks shows proved to be pretty popular and sold out tickets. 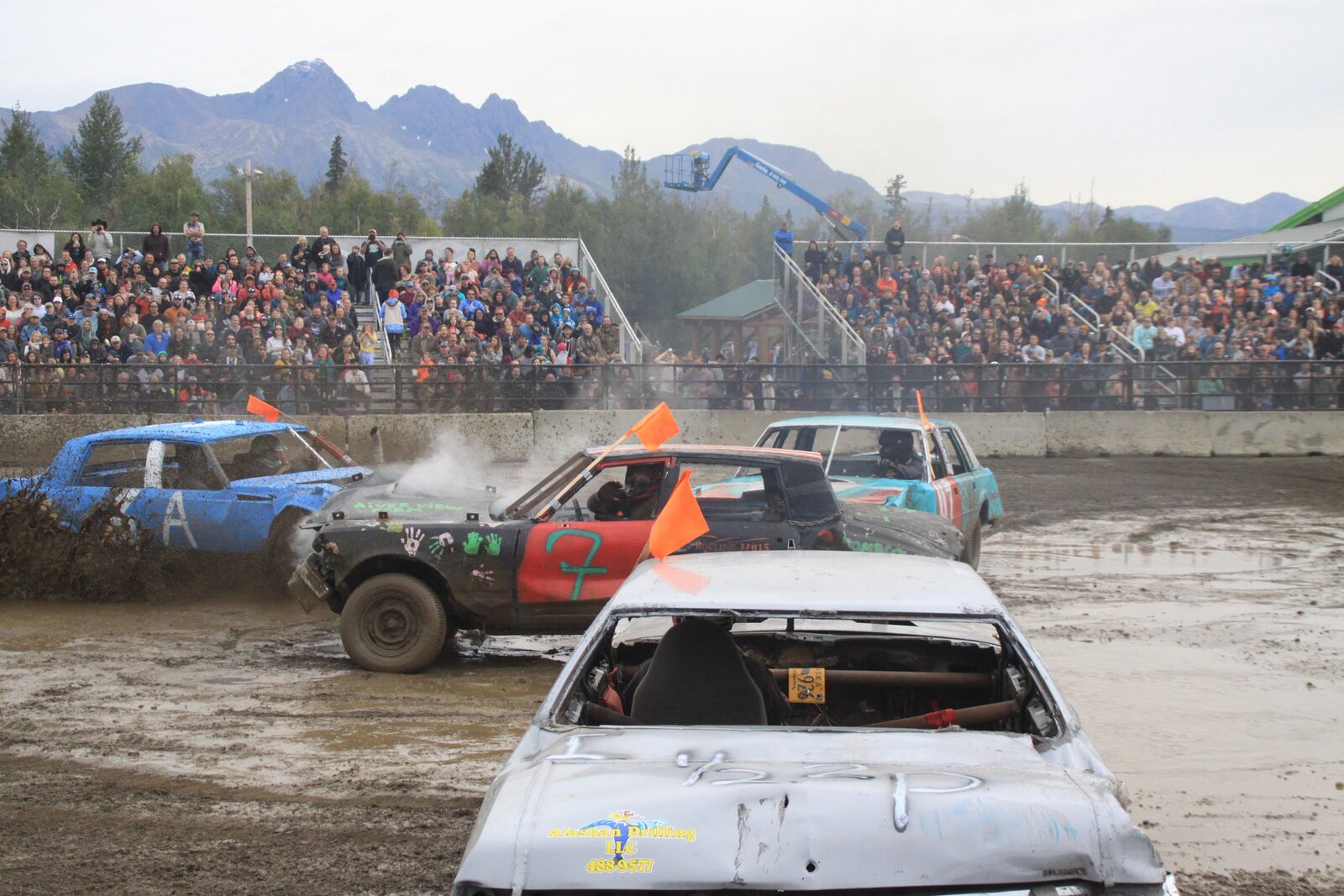 More than the giant bunnies and sprightly baby goats, not present were poultry exhibits, which were canceled from fair appearances due to the avian flu.

Visitors at another booth mounted a taxidermied moose for a photo-op, while others donned fur coats and posed on an old-fashioned sled with a pair of live huskies. With the Chugach and Talkeetna mountains towering in the distance, kids crafted souvenir stuffed animals at the “Make a Moose” stall, an attraction begging for a Build-A-Bear copyright infringement suit. Fairgoers of all ages had spangles applied to their faces by a person claiming to be “Alaska's first-ever glitter artist.” There was also a “Damsel in Defense” fair booth, which sold pepper spray, “hermergency kits,” and purses designed to conceal a firearm.

In addition to stalls selling standard fair fare—funnel cake, kettle corn, cotton candy turkey legs, crab cakes, bricks of deep fried onion rings, foot-long corn dogs, Denali-sized cream puffs, chocolate dipped ice cream bars, elephant ears (or funnel cakes, depending on your dialect) and hundreds of other fried, battered, cheese-smothered, or sugared delicacies.—the region's bounty showed up in salmon dishes, crab bisque, and “quesa-deer-as” stuffed with reindeer sausage. It was clear that, in a place where August means 55-degree weather and a constant drizzle, state fair vendors have a lot more menu leeway than they do in warmer locales: Some fairgoers in down jackets and XTRATUF footwear (it is impossible to overstate the popularity of these boots in Alaska) hunched over steaming portions of ramen and Hungarian mushroom soup in bread bowls. 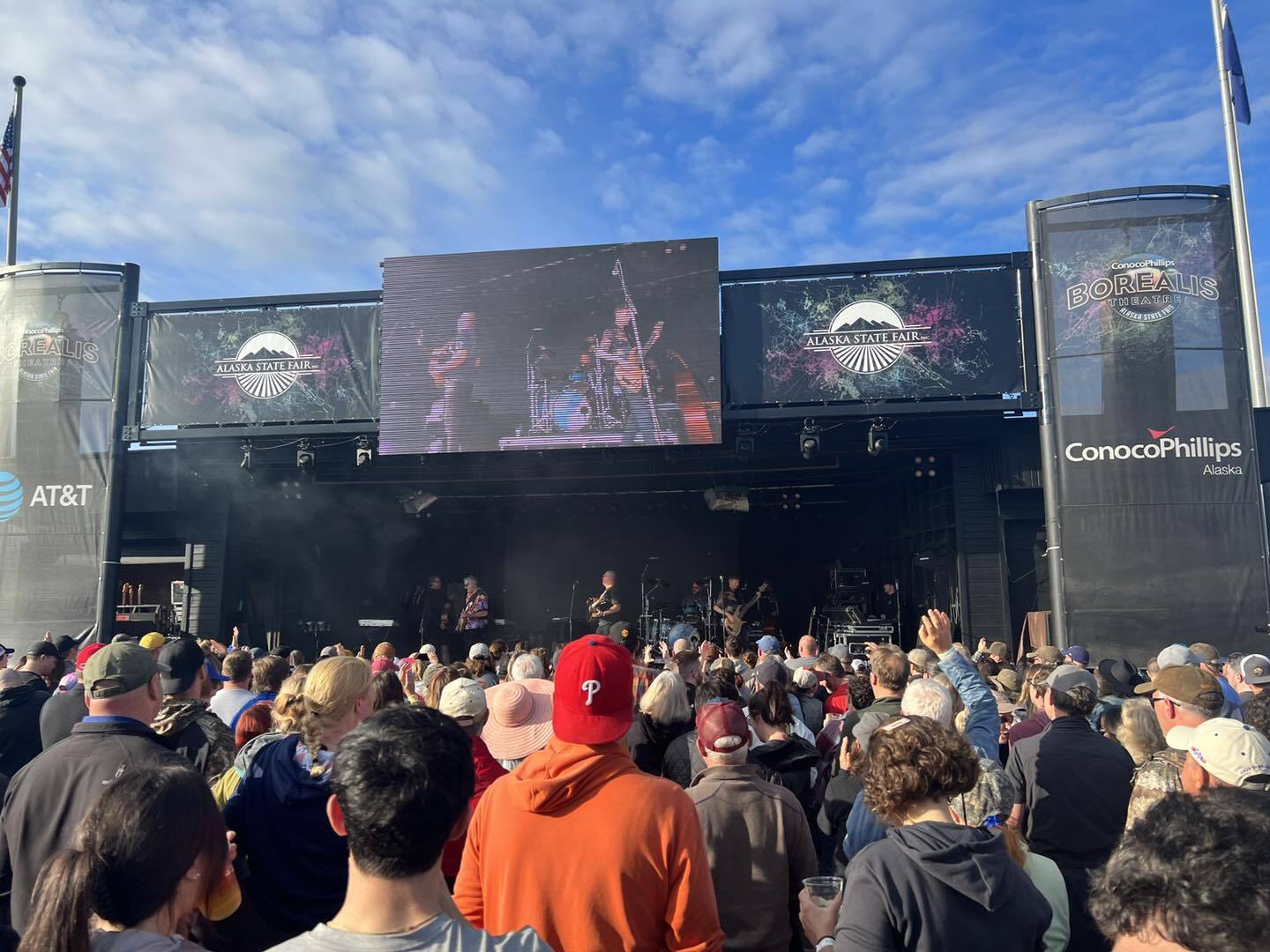 2022 was a record-setting year at the Alaska State Fair for the Rodeo.

The 4-H Junior Market Livestock Auction set a record with $419,957 raised from 91 animals. According to the press release, this is triple the total amount raised a decade ago, greatly helping the 4-H youth dedicating their time to raising animals for the annual auction.

According to the press release, recycling volunteers diverted 46.8 tons of aluminum, plastic, paper, steel, and cardboard from the landfill during the 2022 Fair, far surpassing last year's total of 28.7 tons.

2022 fairgoers donated a total of 5,600 pounds of food and $2,540 in cash donations to support the Mat-Su Food Bank in exchange for admission.

The Alaska 2022 Farm Family of the Year was recognized at the director's reception held on the opening day of the Fair as a nod to the Fair's agricultural roots. This year's title was awarded to Martha Merry, Amy Seitz, and Jane Conway who own and operate Lancashire Farm in Soldotna

Children and adventurous adults will enjoy the fair's large amusement park complete with rides and games.

For adults, the Sluicebox features performances by local country favorite Hobo Jim as well as Bill Stevens and the Athabascan Fiddlers.

Quirky contests with a decidedly Alaska flavor include the Alaska State Fair Cabbage Weigh-off, a text messaging contest, the Great Alaska Bear Contest, the Backhoe Rodeo and Alaska's Got Talent.


For an alternative means of getting to the fair, the Alaska Railroad offered train rides from Anchorage to the fair grounds on Fridays, Saturdays and Sundays. 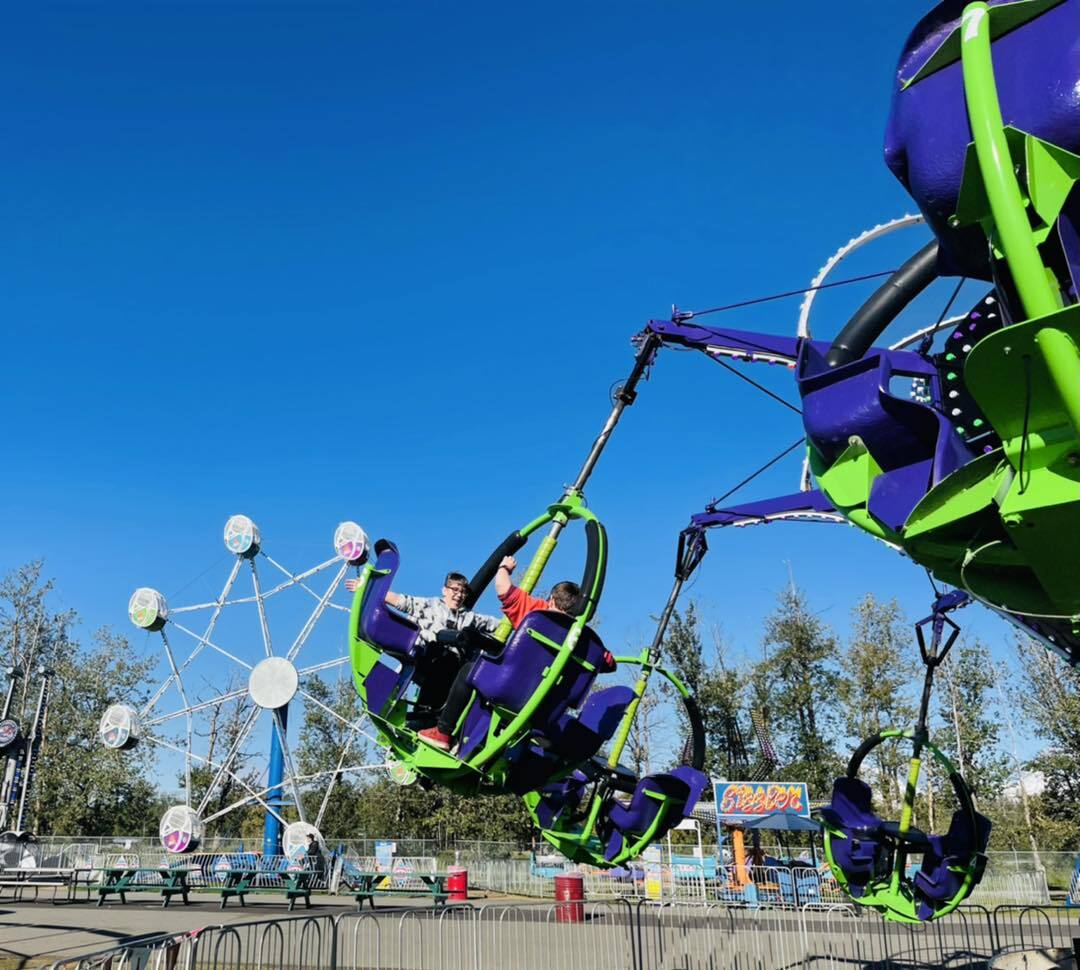