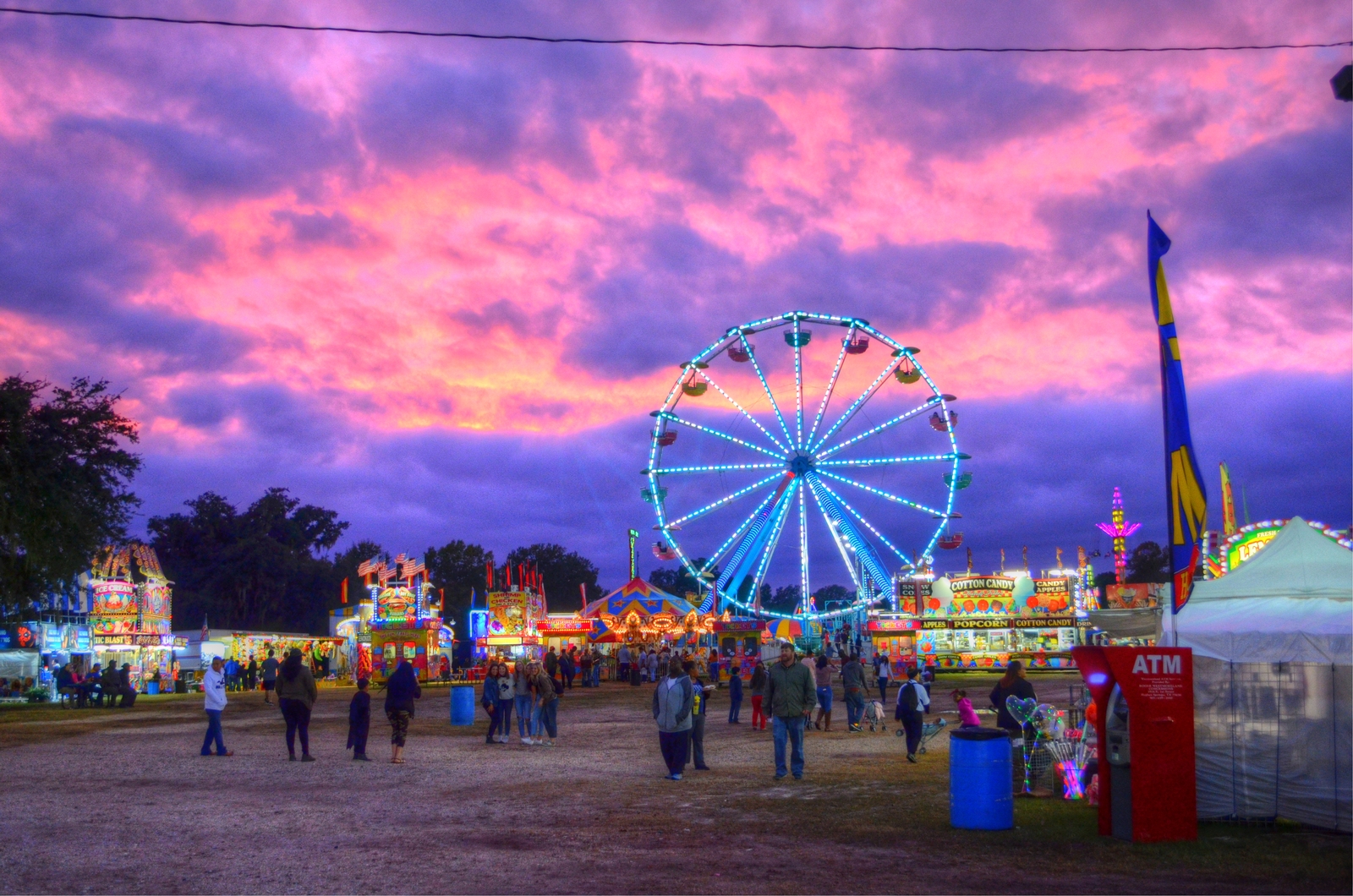 Like the majority of North American Fairs in 2020, the Greater Baton Rouge State Fair was a victim of the prevailing COVID-induced cancel culture. But in 2021, more than 100,000 attended its 11-day run October run, with seven of those days, daily attendance records were set.

The fair has actually been on a growth trend pre-pandemic, but the 2021 turnout was fueled by other factors as well, such as the vaccine rollout being effective the governor of Louisiana lifting the mask requirement. “The people were eager to get out and have some fun,” said Cliff Barton, President/CEO Greater Baton Rouge State Fair. “The fair offered them an economical way to have a great time.”

But in spite of the success, the 2021 Greater Baton Rouge State Fair will be the last one to be held in Baton Rouge. The Arline Highway Park/State Fairgrounds, home to the fair since 1973, is removing its fairgrounds to make way for a community park and greenspace development.

Before moving to the Arline Highway Park/State Fairgrounds, owned by BREC (the Park and Recreation Commission for East Baton Rouge) the Greater Baton Rouge State Fair was held on property where the Cortana Mall was built, a brick-and-mortar shopping center recently replaced by a massive Amazon Fulfillment Center.
The fair was one of the driving forces in the economic revitalization of the area, but the city of Baton Rouge has launched a multi-phased construction project that will renovate a the 100-acre site, which would have forced either another fair cancellation or a moving the event to another location. The fair board decided on the latter.

But brand trumps geographical technicalities and the fair will be marketed as the Greater Baton Rouge State Fair at Lamar-Dixon Expo Center, which capitalizes on the name recognition of their new home while also building on the long-established reputation of one of the region most-important fundraising events.

Retaining the name will also avoid confusion and overlap with the Ascension Parish Fair, a smaller, weekend-fair in May. The fact of the matter is, Baton Rouge has experienced some growth and city planners envisioned a new future for the fairgrounds, one that that deemphasized the fair. “Four years ago, the city started developing a master plan for the project, and they assured us they wanted to stay in the fair business,” said Barton. . “Two years ago, we saw the Master Plan, which did include allowing the fair, but the big issue was a reduction in parking. Also, we would not be able to hold the fair in 2022, and possibly 2023.”

Even though the fair was treated as a very low priority in the renovation, Barton emphasized that the plan is a good one for the event. “It's a beautiful plan. It will be a great community park with hiking trails and is bordered by water. It sits on the Bayou Manchac and there will Kayak rentals.” 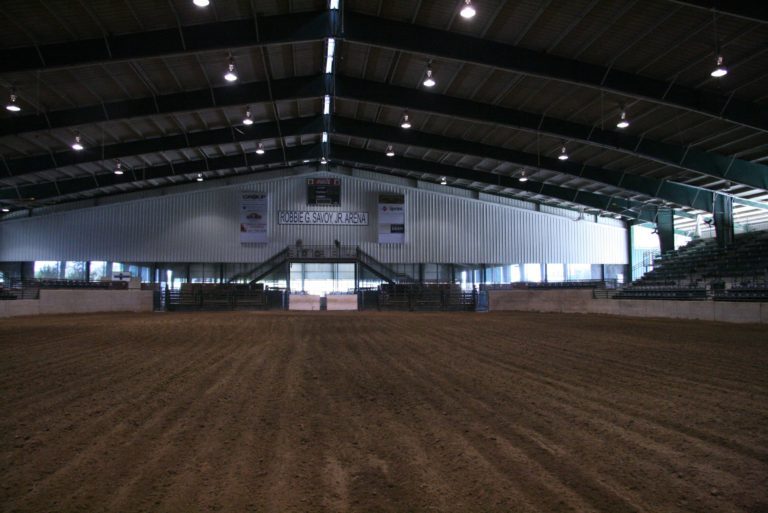 However, even with the upgrade and creating a community greenspace project in a section of the parish that the fair has called home for 57 years, local government support seemed absent from the finalized plans. “It was not practical,” he said. “The midway was always in one area, but in the plan it was split in two. We decided that it would behoove us to find another location.”

Venues within the complex include two arenas (6,600-seats and 4,300-seats); a 24,000-square-foot Trade-mart; a 5,180-square-foot Banquet Hall, a 68,000-square-foot Rev Center, and six barns, with 120 Stalls per Barn. “We will have more facilities to care for our animals where we can expand our agriculture portfolio,” said Barton, noting that the lack of facilities as well as reduced parking had limited this part of the fair. “The design will allow for our 11-day run and we hope to use every inch.”

In addition, the fair is exploring ways to expand its entertainment lineup. “We are looking at the possible use for entertainment and grandstand concerts. We are looking to move into ticketed shows with much bigger names than we've had in the past.”

Perhaps the most significant advantage the Lamar Dixon Expo Center offers is a new, improved and far less cramped midway. “There had been issues over the years due to growth and expansion,” said Gus Mitchell, of Mitchell Amusements, the longtime midway provider for the Greater Baton Rouge State Fair. “The facility was getting less user-friendly and it was harder to accommodate the crowds and traffic. It was unbelievable how long the lines could get, it was the number one complaint we heard from fairgoers.”

Mitchell has been affiliated with the fair for 30 years and Mitchell Entertainment has held the contract for 15 years. Not only is the fair one of the largest events on the route of this Louisiana-based carnival company, but it's been on a growth trajectory pre-pandemic, with the comeback in 2021 especially strong “The fairgoers were very excited to be back,” said Mitchell. “This fair has a large number of followers. It's a very prestigious fair. The fair has reached new numbers and really what has hindered them has been the long lines at the old park and fairgoers have voiced their disappointment, it's been frustrating.”

He added, “any move is challenging, but I am sure the Greater Baton Fair will do it with style.”

That panache the fair is known for will certainly be evident in the new midway. Mitchell described the Lamar Dixon Exposition Center as “beautiful. An amazing piece of property that is well-maintained and operated. It's a step in the right direction and we hope everyone is as excited and joyful as we are about it.”

Mitchell has been involved in the design of the new midway layout and eagerly anticipates exceeding fairgoer preconceptions. “It's a really blank canvas for us. We usually bring 40 plus rides, but we have the capability of bringing 75 different rides and attractions. We are expecting delivery on two new rides which we hope to get this year. We plan to put in an amazing new lineup for the new home.” 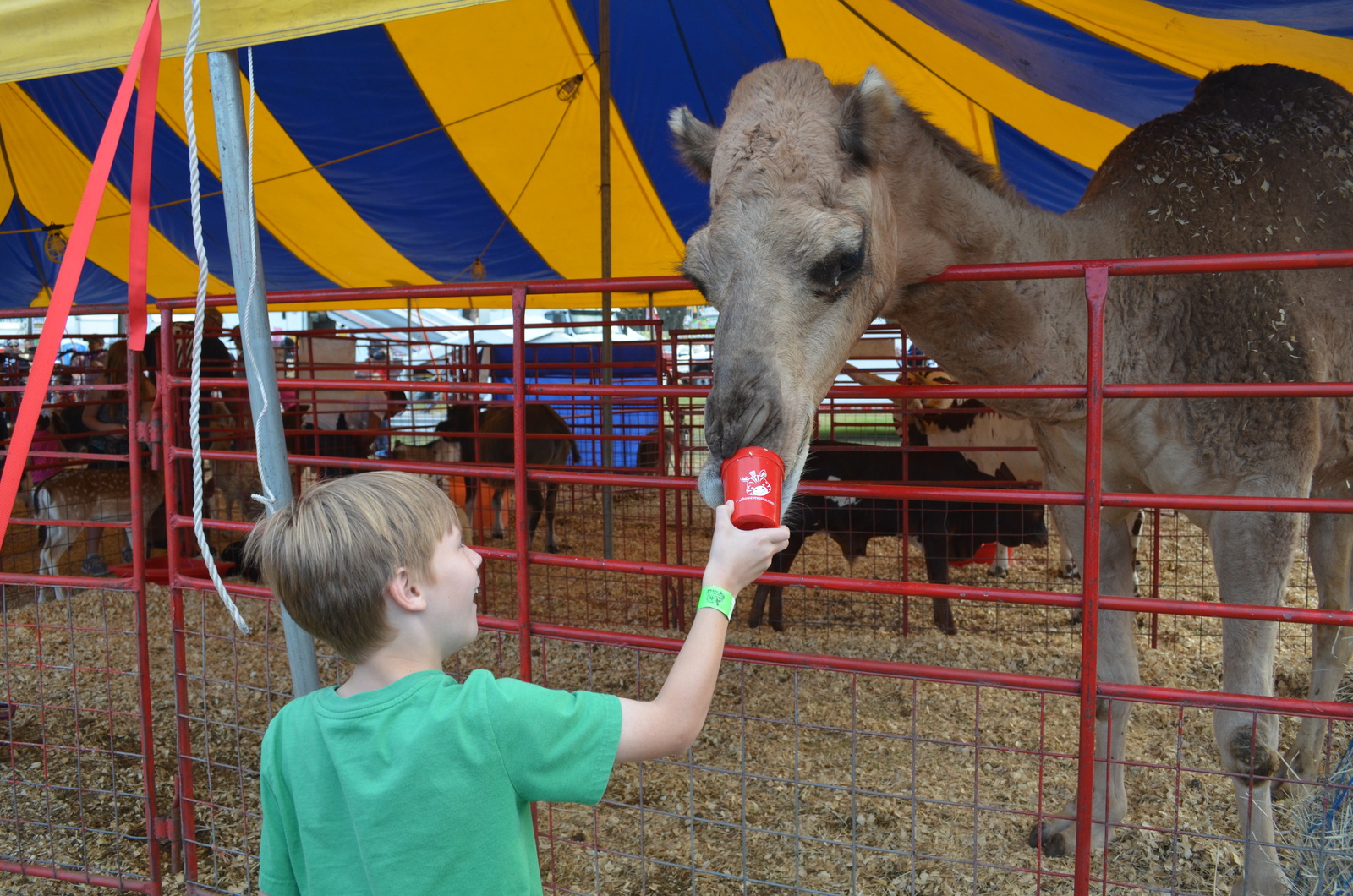 The Greater Baton Rouge State Fair was started in 1965 as a key fundraiser for the Baton Rouge Jaycees in 1965 – and reportedly, was named “the number one fundraiser in the national Jaycee organization,” according to the fair's website. In 1985, the Jaycees organization decided to get out of the fair business, but the Jaycees, who had been devoted to the fair and its mission, formed the Fair Foundation in 1985 and continued the Greater Baton Rouge State Fair tradition of volunteerism, service and giving back to the community.

The fair board and staff are volunteers and the work the foundation funds include grants to nonprofits committed to the youth of the community and endowing scholarships to help Baton Rouge teens attend college. The organization has distributed more than $4 million in funding since its formation.

“The city of Gonzales has bent over backwards to accommodate us,” said Barton. “They understand the economic impact a fair can have on their city. Our initial contract is for one year and will be on a year-to-year basis. But after we get one fair under our belts, I'm confident we will renegotiate.” 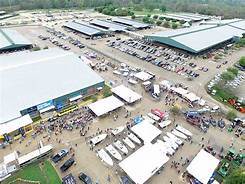 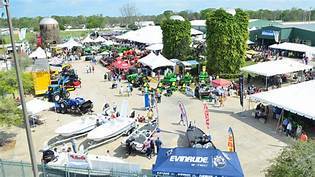 The midway is provided by Mitchell Brothers Shows.