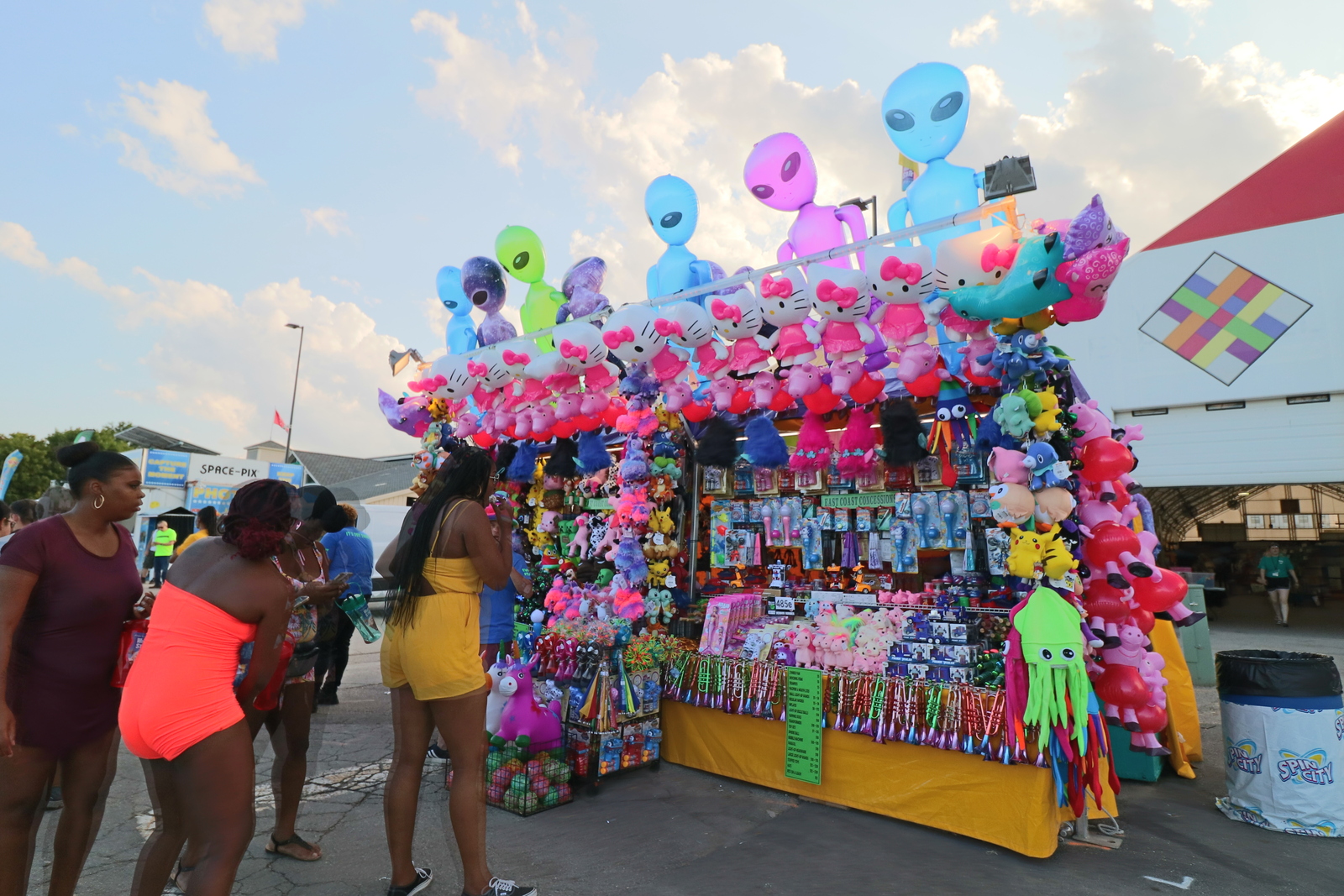 Plush & Novelty Costs & Demand on The Rise
As the amusement industry makes a strong comeback in 2021, plush and novelties are in demand and costs are rising due to a number of factors.

The vaccinated population keeps growing and people are allowed to gather at fairs and other events, but the effect of the pandemic is far from over. Public health concerns aside, COVID-19 is wreaking havoc on many sectors of the economy, particularly in the supply lines for a plethora of product categories.

For the fair industry, this disruption is being acutely felt on midway games. The supply of plush has become erratic at best, severely back-ordered at worst. Coping with disruptions is something everyone has been forced to do and the 2021 plush shortage is another line item on the list of challenges being faced by game operators, carnival companies and other midway vendors.

Shortage doesn't mean product cannot be found, but price, selection and timely delivery have all been severely impacted.  It's more headache than nightmare, but if the pandemic has taught the fair industry anything it is that overcoming obstacles is the key to getting back to normal.

For Joey Fowler of Fowler Games, the shortage has meant ordering three weeks ahead of an event – a week or less was the previous window – and even then, suppliers are short stocked. “I have to talk to a few suppliers, four or five, to get what I want. Everyone's raising their prices, 18 percent, about 20 percent.”

“I have to call three weeks ahead of time, we hear that things are still in China or on their way,” said Steve Ianni, Concessions Manager,  Powers Great American Midways. “I have had to go to three or four different companies, there's no shortage but it's harder to get what I want. We're having a big season. I just hope there's not a lot of panic buying, that will make things worse.”

Ron Burback of Funtastic Shows has one plush supplier for his games, and while he feels confident he'll be able to maintain sufficient stock, 2021 variety is deep but narrow.  “I have had no problem getting stock, but they don't have all the lines in and they don't have the range of families, but generally I'm not worried." 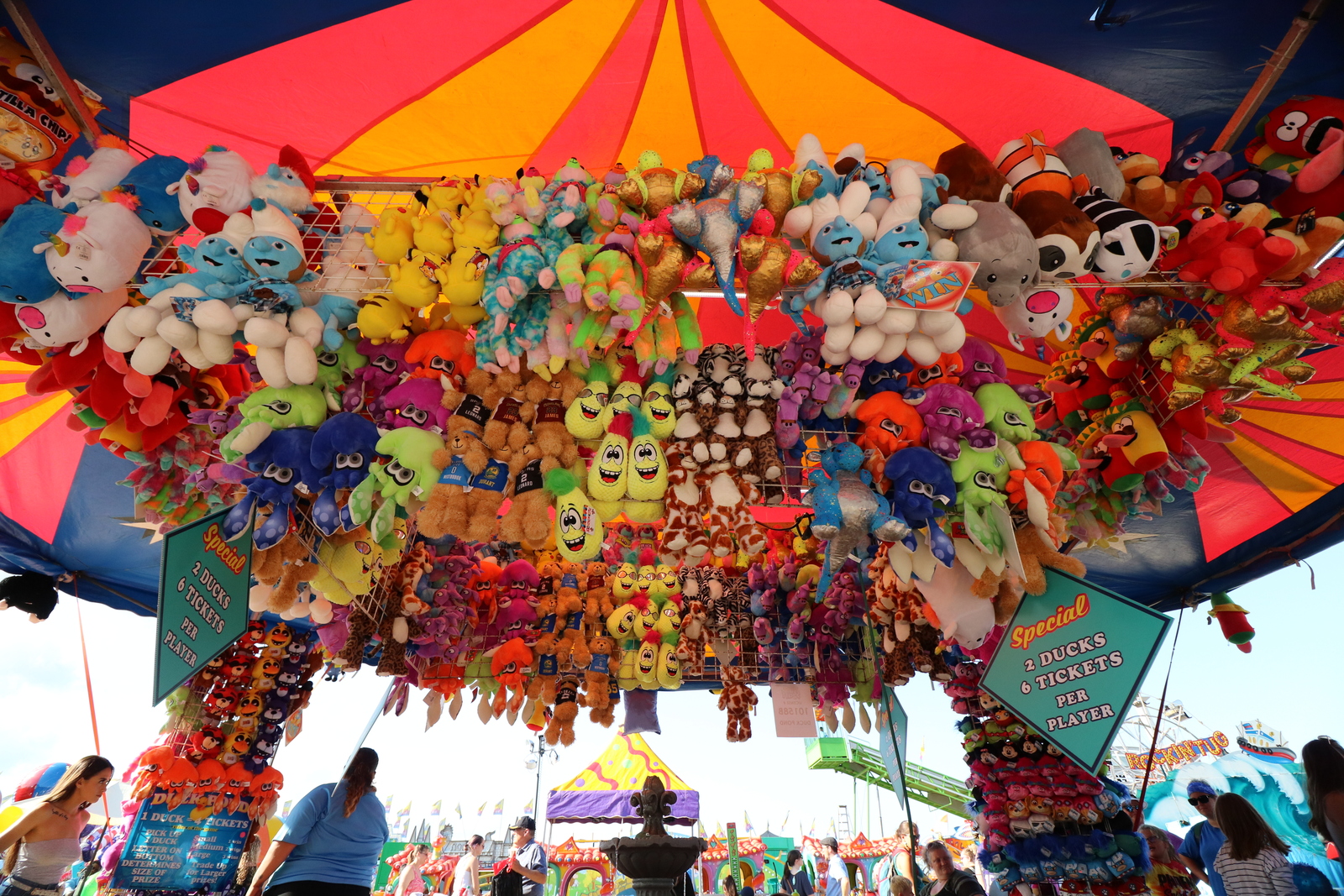 Carnival games are not alone in being impacted by COVID-19, and that's the problem. Globally, as the U.S. and European economies reopen, demand for products made in China is soaring. China is of course the leading manufacturer of plush and other carnival game prizes – as well as a vast array of other product categories, most notably medical supplies, obviously in high-demand worldwide.  Exports from China increased 32 percent in June, even though southern China was on a partial lockdown due to an outbreak of a new COVID-19 variant.

This surge in demand has put pressure on the shipping industry, the main cause for the hiccups in the plush supply, where container space is at an all-time premium, with prices approximately tripling over the past 18 months. Port and shipping delays are driving the price tags for Chinese goods even higher in foreign markets. According to Bloomberg News, the cost of shipping a 40-foot cargo container across the Pacific has ballooned from the usual $4,000 to $5,000 to $18,000 or more, price levels economists describe as unprecedented.

Sidney Karmia of Toy Factory has seen his per-container shipping costs “from Shanghai to Texas” jump from $3,700 to $20,000. He's recouped some of this increase by adding a “Ocean Freight Surcharge” to his transactions with game operators. “I've never had to do this before,” he said. “My customers are understanding, everybody is dealing with similar issues.”

Another contributing factor to making container space such a premium is that Amazon and other retailers, fearing the possibility that Holiday sales could be negatively impacted, have reportedly placed their Christmas orders months earlier than usual, further disrupting exports.  “What seems to be the overall consensus is that Amazon and Home Depot pushed their orders up and bought up most of the container space,” said Adam West, president of All State 38. “There's a backlog of orders for plush, they are sitting on the volume because they can't get container space.”

“We were in a good position with plush inventory to start the season,” said Hutch Costello, Corporate Sales Manager, Rhode Island Novelty. “We are seeing product shortages ourselves but more so in product categories other than plush. Again, we were well stocked for this season so we have not had a substantial plush shortage.  If we did not start the season fully stocked, yes, we would have had a difficult time importing plush as we are in the hard goods categories.”

Further slowing down the shipping system are the persistent labor shortages plaguing economies only now just beginning to reopen. This not only affects the shipping to ports, but processing and delivery. For large plush prizes the problem is particularly acute – it's more economical for Chinese factories to manufacture the “skins” or the toy shells, which then are stuffed in the U.S. and shipped to midways nationwide.

“My biggest challenge is labor, I can't find the people, companies have plenty of merchandise, but getting it to people takes two to three weeks as opposed to days,” said Karmia. By mid-July, he had 40 containers “on the water,” meaning either on route or waiting offshore for the docks to clear through their own backlogs. “It's not like we're out of merchandise, we actually have plenty but it's just taking longer to get out.”

“We still have a good amount of inventory,” said Costello. “The challenge is filling orders and shipping due to labor shortages.  Game operators should place their orders earlier than they usually do in order to deliver goods to them when they need them.” 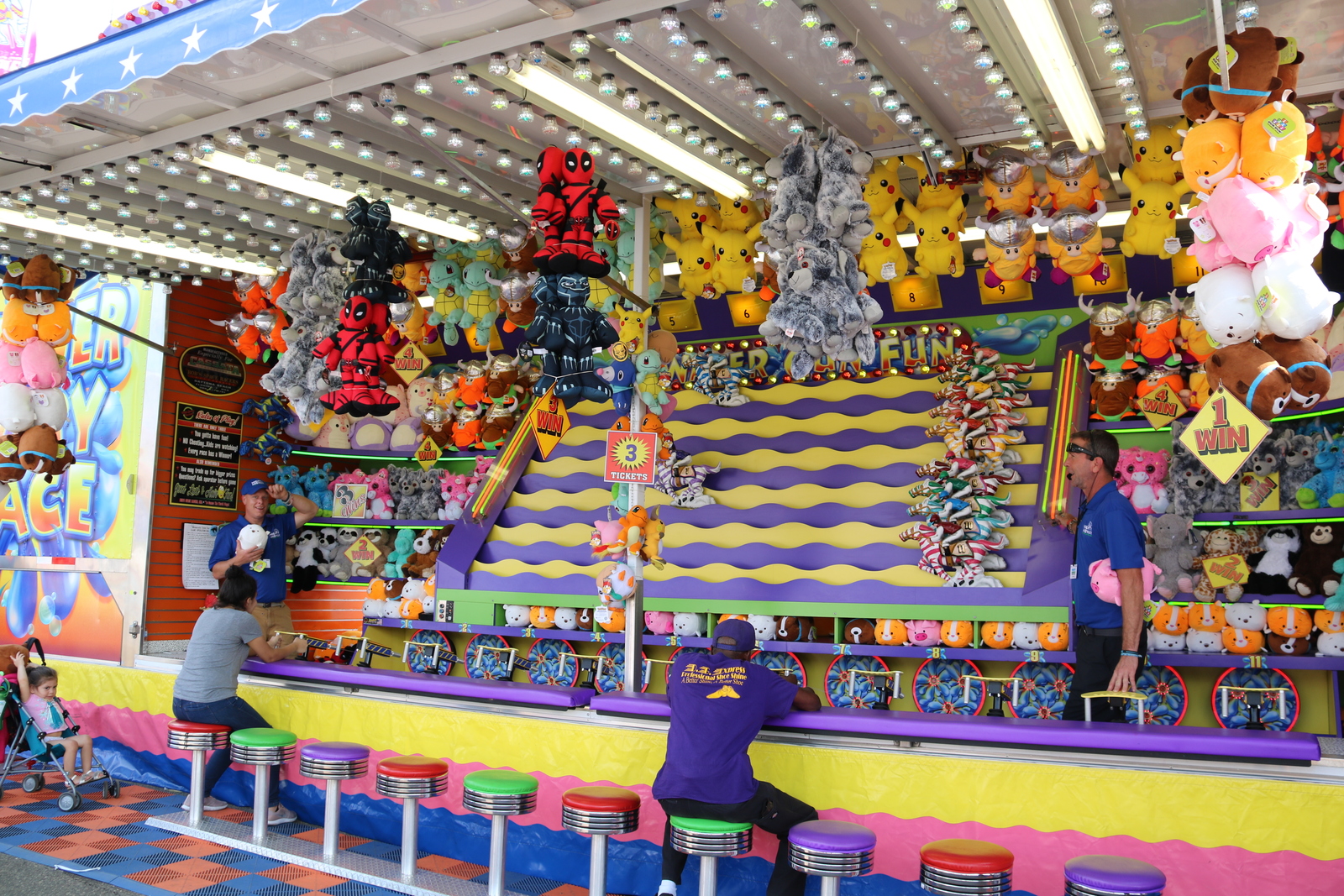 As the pandemic and the slow pace of its recovery suppresses supply of plush, fairgoers finally free of lockdown has been fueling demand. People are eager to be out at events and have money to spend. “Some operators are having their best years and the fairs are just starting,” said Karmia. “It's the shopping center business, it was booming. They want to be sure they have merchandise for the bigger fairs, like Minnesota and Iowa and Wisconsin.”

At least higher demand is a good problem to have. Karmia said the big “fair” season kicked off with State Fair Meadowlands in New Jersey, which concluded on July 11. “They had huge crowds and if that's any indication of what's to come, that's a good thing.”

“The shortages are across the board,” said Ianni. “If you want to get so many of this item or that item, there's no problem, but you can't be as picky with the selection. We're more worried that we won't get the trailer loads we need for the major fairs.”

It's been a hectic and often nerve-wracking June and July as game operators and plush companies navigate an unpredictable market. The merchandise is available, but costs are higher, selection somewhat diminished, and most importantly, orders must be placed weeks in advance.

“The buyers that are open and operating are seeing record revenue numbers for their businesses,” said Costello. “This is driving product demand.  The increased demand and importing challenges have been what has caused the shortages for us. We are all just doing the best that we can to run our businesses with the resources that we have. Some customers have been ordering earlier than in the past but some are still not and that creates some challenges in getting needed product to everyone for their dates.”

Plush is not the only shortage plaguing game operators. A lead shortage has meant no ammo for rifle games, forcing most game operators to park these stands. “It's the first time in our history we haven't had the rifle games,” said Fowler. “I also can't find the bulk balloons for the water pistol games. We've had to shop for balloons at local party good stores.”

As the amusement industry makes a strong comeback in 2021, plush and novelties are in demand and costs are rising due to a number of factors.