Planning is underway for the 2021 Minnesota State Fair
Fair reports operating loss of $16.2 million in 2020 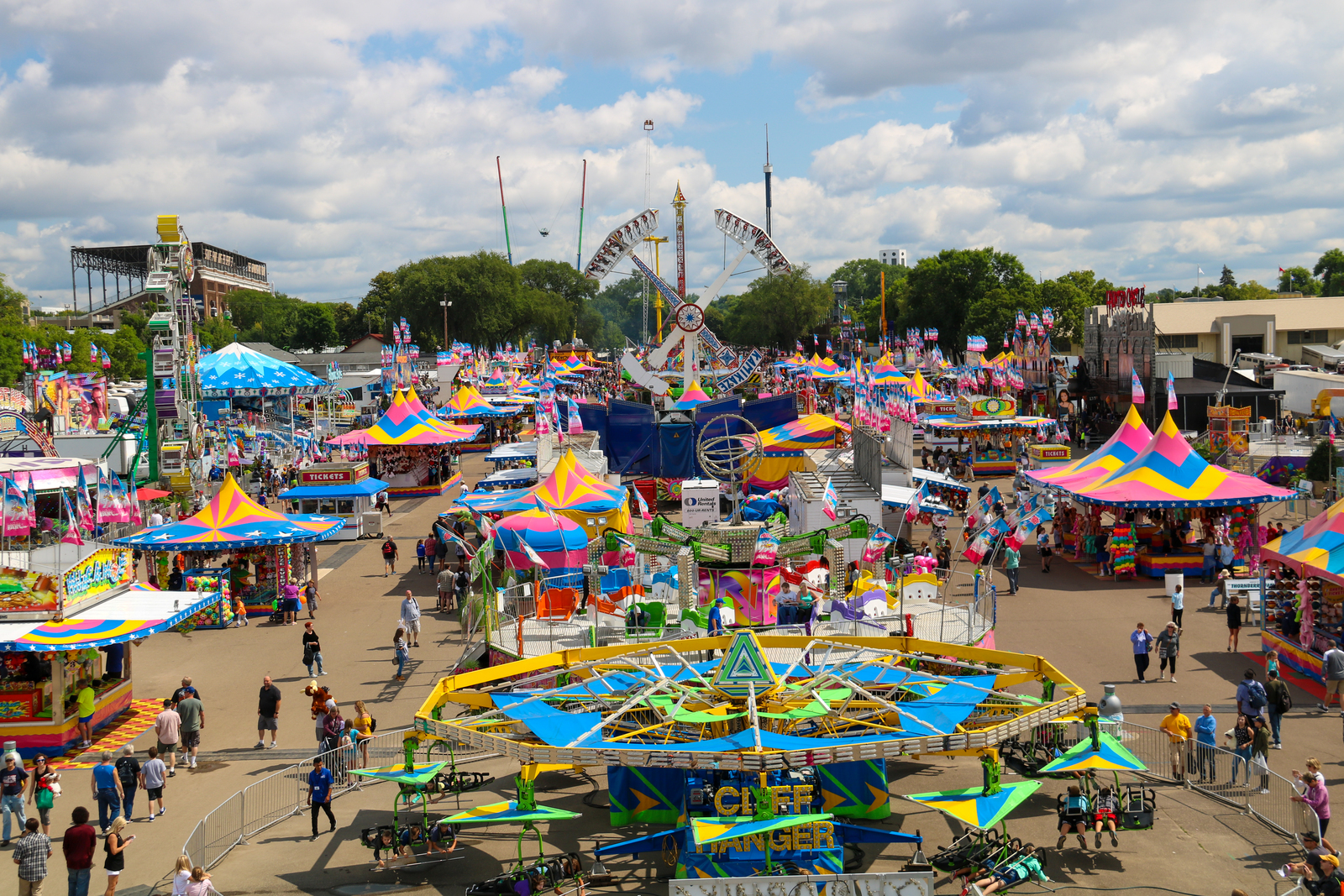 Getting the Great Minnesota Get Together Back Together Again
After missing the 2020 fair due to the coronavirus pandemic, fair officials hope to get things back on track in 2021. In 2019, the fair hosted a record breaking 2,126,551 patrons, earning the fair the third position on CarnivalWarehouse.com's Top 50 Fairs list.

St. Paul, Minn. – Despite the cancellation of the 2020 Minnesota State Fair, the operation remains intact, and planning is proceeding with different scenarios for 2021, State Fair General Manager Jerry Hammer reported during the 162nd Annual Meeting of the Minnesota State Agricultural Society held Jan. 11-14.  The Society is the governing body of the State Fair, and the meetings were conducted virtually.

“From the day we canceled, our priority has been to ensure the future of the fair by holding our operation together,” said Hammer.  “I cannot stress enough how critical our expert staff is to the success of the fair. They're experienced pros, and there is no fair without them.  Our staff is ready to go, and we can't wait to welcome everyone back together at the State Fair.”

Income for the State Fair dried up significantly in 2020, with the fair reporting an operating loss of $16.2 million.  The State Fair receives no state funding of any kind, so the fair must operate with revenue gained from events held on grounds.  The fair's normally aggressive program of maintenance and improvements to the historic State Fairgrounds slowed dramatically last year.  Average annual investment in facilities during the previous six years was $12 million; in '20, it was limited to $2.4 million, just enough to cover essential maintenance, and most of it was completed before the virus struck.

Despite the Pandemic, the fair made many successful efforts to keep fair fans engaged in 2020:

Mark Goodrich, the State Fair's recently retired deputy general manager of livestock and agriculture, was named the newest member of the Minnesota State Fair Hall of Fame.  The fair's Hall of Fame was founded in 1966 to recognize individuals whose outstanding service has had a lasting impact on the Great Minnesota Get-Together. Goodrich is recognized throughout North America as a preeminent expert in livestock shows and agriculture education.  In 1999, he created the Minnesota Beef Expo at the State Fairgrounds, which today is regarded as one of the premier beef industry events in the nation. In 2019, Goodrich was awarded the Honorary American FFA Degree and was inducted into the Minnesota Livestock Breeders' Hall of Fame.  In 2020, he was presented with the Dean's Award for Distinguished Friend of Extension from Minnesota 4-H. 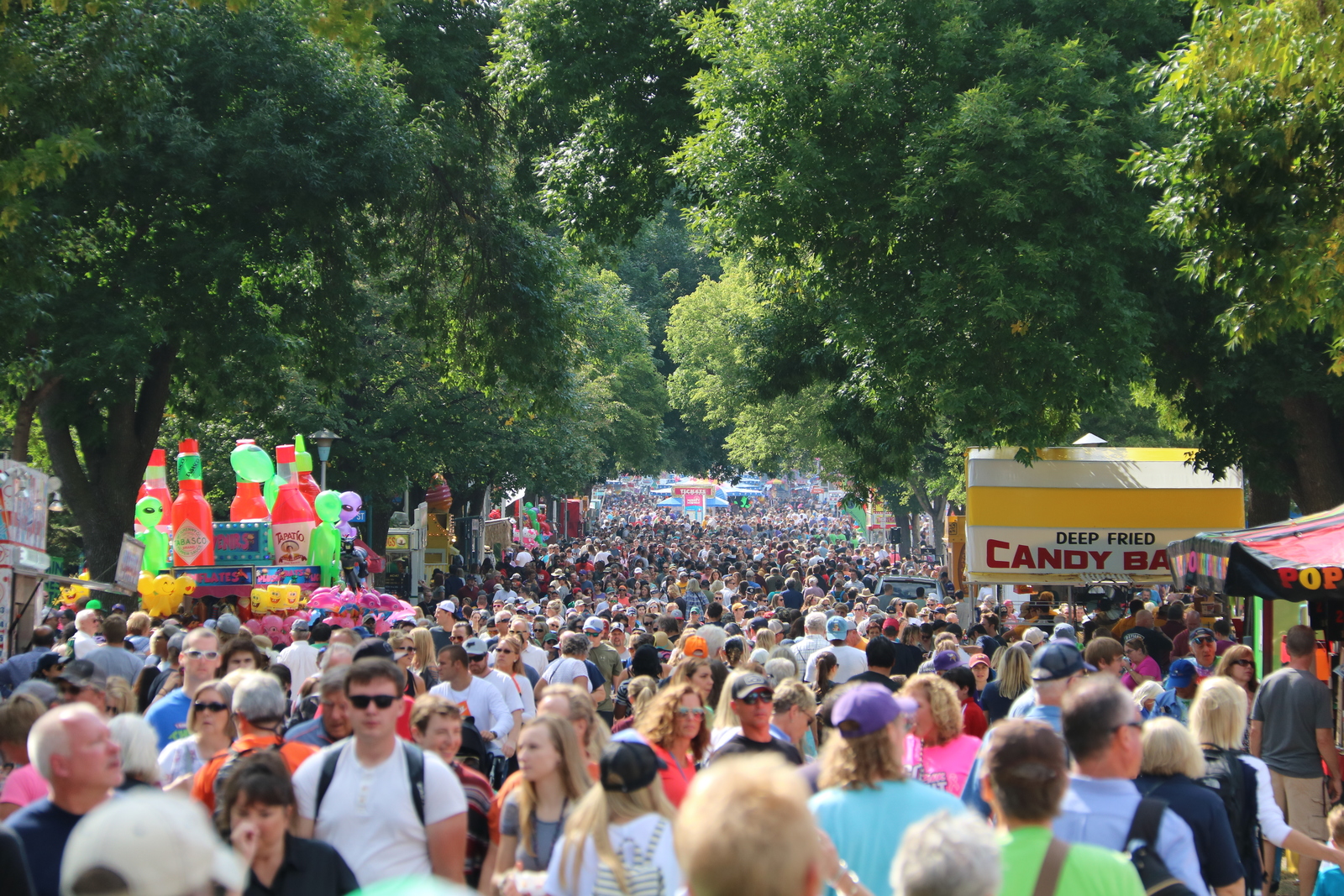 D. J. Leary of Minneapolis retired as vice president of the State Fair board of managers during the meeting and was elected to honorary life membership in the Society.  Leary is one of Minnesota's leading media and political analysts who leaves a lasting legacy at the State Fair as an architect of the fair's bonding authority, which has led to significant improvements to the fairgrounds including renovation of the historic Grandstand and major livestock facilities and construction of the International Bazaar, West End Market, Transit Hub and North End Event Center.

The State Agricultural Society is made up of delegates from each of the state's 87 county fairs, plus representatives of 43 statewide associations involved in agriculture, horticulture and education.  The Society is a quasi-state agency charged exclusively with the production of the annual Minnesota State Fair and management of the historic 322-acre State Fairgrounds.

Getting the Great Minnesota Get Together Back Together Again

After missing the 2020 fair due to the coronavirus pandemic, fair officials hope to get things back on track in 2021. In 2019, the fair hosted a record breaking 2,126,551 patrons, earning the fair the third position on CarnivalWarehouse.com's Top 50 Fairs list.