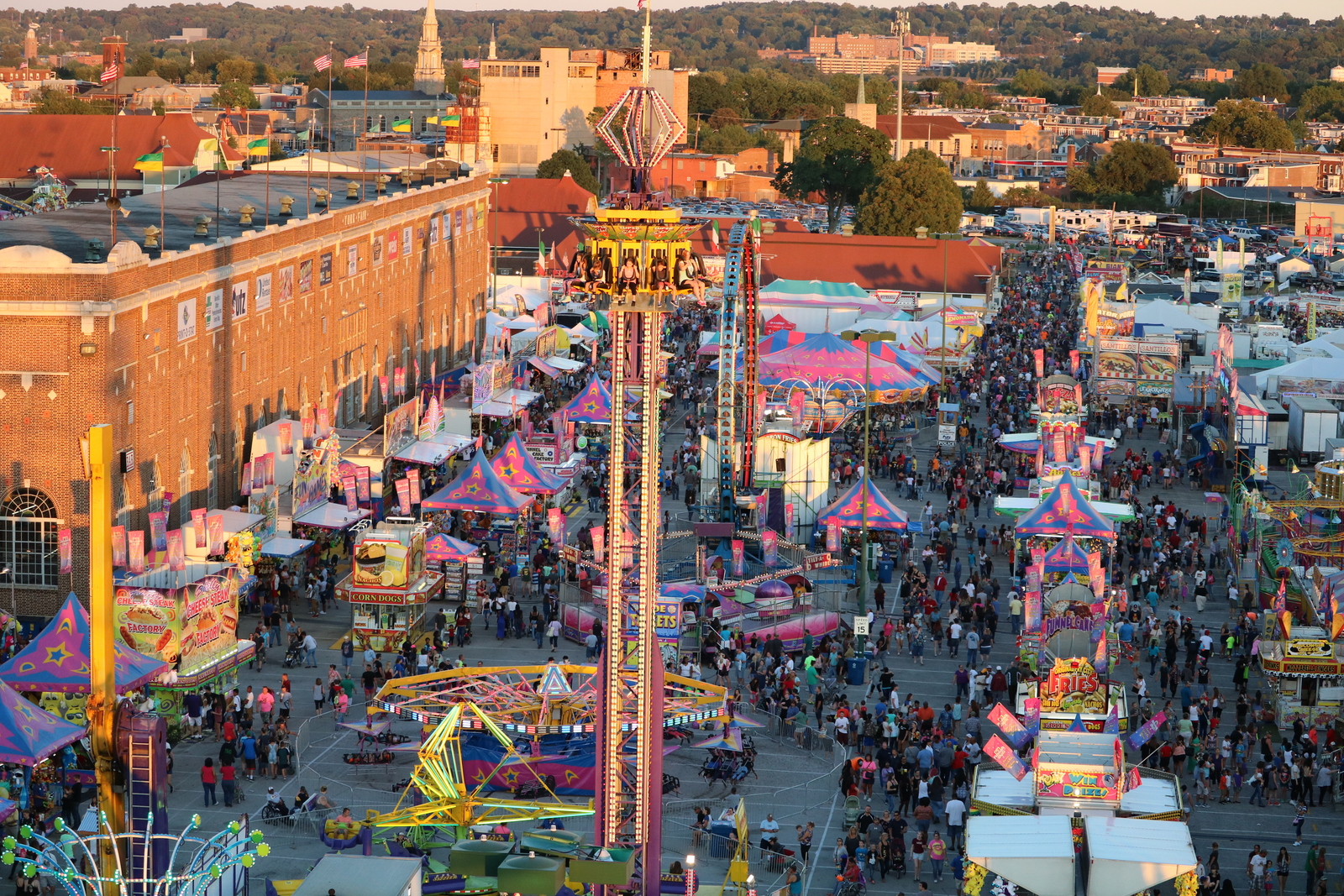 The York State Fair Moves from Fall to Summer
The fair, traditionally held in September, will be held July 23 - August 1, a move made by fair management prior to the COVID-19 pandemic. The fair was cancelled in 2020.

From Mid-summer to Harvest season, dozens of fairs keep the agricultural history of Pennsylvania relevant to communities all across the state. Except of course for 2020, when the coronavirus pandemic essentially shutdown the fair and outdoor event industry nationwide.

In 2021, as the state government gradually eased guidelines throughout the spring, the fairs of the Keystone State took a very proactive approach. In April, the Pennsylvania State Association of County Fairs (PSACF) and The Pennsylvania State Showmen's Association (PSSA) released a 25-page “PA Fair Industry Reopening Plan” – essentially a specific roadmap to reviving the state's fairs.

The introduction states: This reopening plan is meant to supplement, not replace state and local health and safety rules. It is important to routinely monitor COVID -19 data and associated mitigation orders, and follow the guidance devised by the Pennsylvania Department of Health for large events… Mandatory requirements may be adjusted at any time during the 2021 fair season. Moving forward, it is important to consider that if the COVID -19 rate of infection is elevated in your area and the commonwealth declares an emergency, the fair may be required to cancel or suspend operations.”

In lieu of specific guidelines for fairs issued by some governors, the comprehensive PA plan adapted outdoor event guidelines. “The guidelines were gleaned from the Governor's mandates and the CDC,” said Harry Reffner, Executive Secretary/Treasurer, PSACF. ““The state did not give a greenlight for fairs, only stating that the mandates and CDC must be followed.”

According to Heffner – 103 fairs are slated from July through October – all of these fairs were cancelled in 2021, and already, four of those fairs have cancelled for 2021 as well. The biggest obstacle in planning the fair has been the unknown capacity restrictions for entertainment – “The restriction in Grandstand occupancy is currently at 50 percent,” said Reffner. “Most fairs cannot maintain the costs of entertainment at this lower occupancy of the Grandstand.” 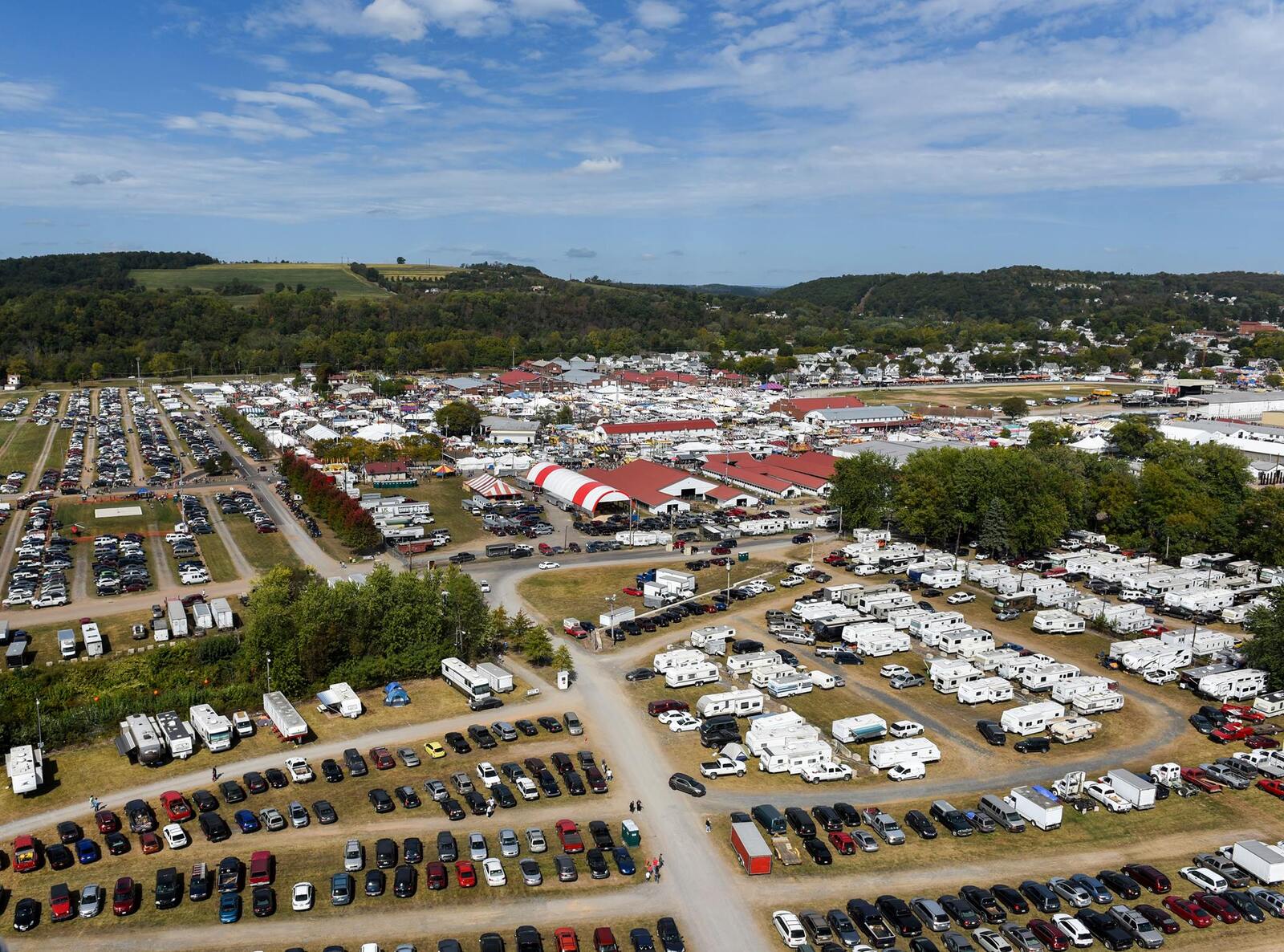 With the state recently lifting of all restrictions, no additional county fairs have been cancelled and the two largest fairs in the state – the Bloomsburg  Fair and the York State Fair – are adapting to opening with an attitude than can be described as both cautiously optimistic and ambitious.

In spite the revenue losses, staff layoffs and the range of other issues fairs faced in 2020, the Bloomsburg Fair did not let  these circumstances impede the return of auto-racing to the fair and fairgrounds in 2021. From the 1930s to the 1980s, the fair hosted auto-racing, and in May the newly constructed track opened, ending a 35-year racing moratorium.  The new raceway meant the removal of a 10-yeard old stage – during the fair a temporary stage will be rented, allowing more flexibility for the entertainment roster while taking advantage of the growing motorsports fan base.

The new track augments the fair's already robust lineup of monster trucks, tractor pulls, demolition derbies and the popular figure-eight racing by hosting additional racing events, including 600cc Micro Sprints, Midgets, Sprint Cars and Late Models. The project was under discussion for about a decade, until reaching full throttle two years ago, according to Randy Karschner, President, Bloomsburg County Fair.

“We already had the ball rolling before COVID,” he said. “We had a successful fair in 2019, and we spent the money to complete the project. Motorsports have been the biggest crowd pleasers and the best money makers.”

It also brings a welcomed change of conversation away from COVID 24/7 while also giving the fair an opportunity to test operations. The Bloomsburg Fairground's RC Raceway opened with a fan appreciation day and was scheduled to hold its first race in May, hosting races sporadically throughout the summer, building momentum for the fair, which opens September 24.

Although the fair and most of the other events had been cancelled in 2020, gun shows and other rentals began to pick up again, but the soft opening day of the raceway was pivotal for the fair. “It was our first real big gathering,” said Karschner.

Operationally, the opening was without incident but what impressed him most was how the public connected with the facility. “Our social media was overwhelming,” he said. “That drove attendance, and that will change how we advertise the fair this year. We're going to go mainly digital, ramp up with some races, then ramp back up again for the fair.”

That decision is also influenced by a steep cut in the marketing budget, yes a victim of Pandemic-induced austerity, but also a revaluation of how marketing dollars were being spent. “The marketing budget had gotten out of hand. We made cuts across all the other media.”

Otherwise, he is going “full-tilt for a full-fledged fair. In April, we sent our vendor packets out, which was pretty close to schedule. We're all being very optimistic that we will continue moving straight forward to opening day.”

The lifting of grandstand capacity restrictions was welcome news for the York State Fair, who has announced not only a stellar line-up that includes Sam Hunt. Styx/REO Speedwagon,  Pitbull, Kane Brown, and Casting Crowns on the Bobcat of York Grandstand Stage. While Bryan Blair, Chief Executive Officer of the York State Fair/York Expo Center, was able to rollover all the entertainment from 2020 to 2021, the fair made the decision to book additional names so every night of the fair its Bobcat of York Grandstand Stage will showcase entertainment.

“Five of the six shows last year we were able to roll over,” said Blair. “We added four shows. It's been a long time since the fair had a full slate, when there wasn't a dark night.”

He noted that in 2019, the fair's entertainment line-up “more than covered costs of the acts, and then add to that what we made in concessions and beer sales. We had outstanding sales on the shows for 2020, we put the tickets on sale before Thanksgiving [2019] for some of those shows. This is a great market and some routing worked in our favor, so we've decided to roll the dice and see.”

Not only did pandemic cancellations wipe out most of last year's revenue for the fair, it also disrupted a planned for rebranding of the fair. As a gesture to the fact the fair, whose 2019 attendance reached 529,574, a 17 percent increase over 2018, was one of the highest outdoor events in Pennsylvania, the York Fair was renaming itself the York State Fair.

Accompanying the new name was a calendar change – the fair went being a September to being a July fair – and the promotional machinery was already in full gear maximizing the makeover – which also included a new midway provider, James E. Strates Shows – when COVID changed all of our lives.

“We were promoting all along in 2019 that we were would be the York State Fair, and made a big push at the end of the fair,” he said. “We had planned a heavy transition, and had done a lot of the heavy lifting, but then we had to put it on the bookshelf because of COVID.”

Now the marketing has shifted towards the reopening and filling the public anticipation to gather safely again. According to Blair, the fair has received “no official greenlight. We've gotten no real directive from the state about what we can or can't do. But we are going to open as close as normal as we can. In Pennsylvania, the mid-Atlantic and the Northeast, people  have been so locked down that they are so read to go out and do stuff. We saw that in the fair food festivals. People are ready to get out. I think this will continue in July, where we hope to set new records.”

The York State Fair Moves from Fall to Summer

The fair, traditionally held in September, will be held July 23 - August 1, a move made by fair management prior to the COVID-19 pandemic. The fair was cancelled in 2020.