Marked by the near complete shutdown of the fair industry,  the 2020 fair season was a struggle.  The handful of fairs – an estimated three dozen – as well as other outdoor events that featured a midway of some sort in the second half the year, showed that a socially distanced fairs could be presented and succeed.

Nearly every event followed plans based on CDC guidelines, which included sanitizing stations, redesigned layouts and a range of protocols, many now familiar in several aspects of social activity and are expected to remain in some form or another at least for the first few months of 2021.

But another aspect of the pandemic year seems poised to also carry over into next season and beyond – industry ingenuity.  It's difficult, if not impossible, to estimate the degree of disruption COVID inflicted on the industry.  Carnival companies require a route in order to be profitable, but the cancellations tossed typical routes into disarray, which only compounded workforce and other issues carnival companies were encountering. 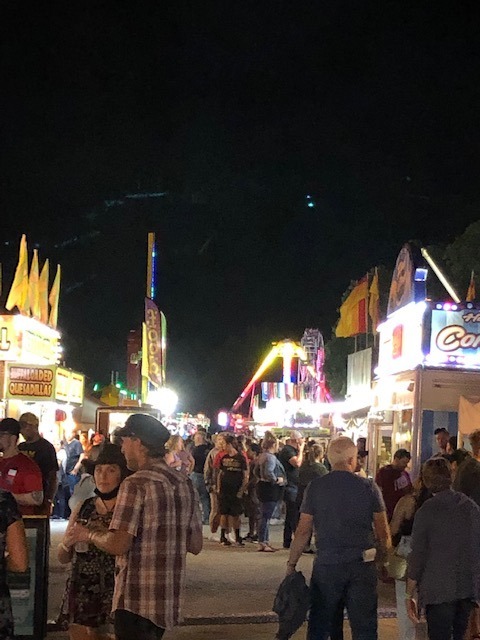 The Brown County Fair in Wisconsin scrambled to get the greenlight to go ahead, having to work with the municipal government, and both the county and city health department. “They were sending us back and forth to each other,” said Kathy Ambrosius, Fair Manager. “We finally did we get the permits from the city attorney, who was opened into the wee hours. It really wasn't until the last minute that we could put on the fair that we got the permits.”

The Wisconsin State Fair had cancelled, as did most of the fairs and outdoor events in the state.  The Brown County Fair needed a midway company, but playing a one-off fair does not a route make and is rarely cost effective, especially if it's a smaller fair.  But without a midway to generate revenue and attract fairgoers, having a fair at all makes little sense.

Working through the state's fair network, Ambrosius partnered with the two other Wisconsin fairs, Shawano County, and the Marinette County Fair, cobbling together enough of a route for Rainbow Valley Rides, who usually only plays the Shawano event during the late summer part of its summer route.  “The Brown County carnival had to pull out, and it wouldn't be worth it for me to open for one fair,” said Chip Kedrowicz, Rainbow Valley Rides.

But even with a three fair route, the company was already scaled back, with all its H-2B workers sent home.  The company combined forces with Alpine Amusements, another regional carnival company with its winterquarters in Racine (Wisc.), to put together a midway of about 20-23 rides.

“It was smaller than usual,” said Kedrowicz. “We combined with Alpine, because we knew there were a lot of challenges with staffing.  There were several operators in Wisconsin, but they were not able to do it logistically to be worth their while.”

Financially, the Wisconsin incursion may have underperformed, but there were other benefits.  “It wasn't really profitable, but it was good to get the equipment out and running.  It also strengthened our relationships with the fairs and with the communities. We had tremendous fairs and the public was very receptive, very courteous and grateful we were there.  They needed some sense of normalcy.”

He added, “I'm hoping that 2021 will be a season closer to normal.  I don't know if we can survive another one like this.” 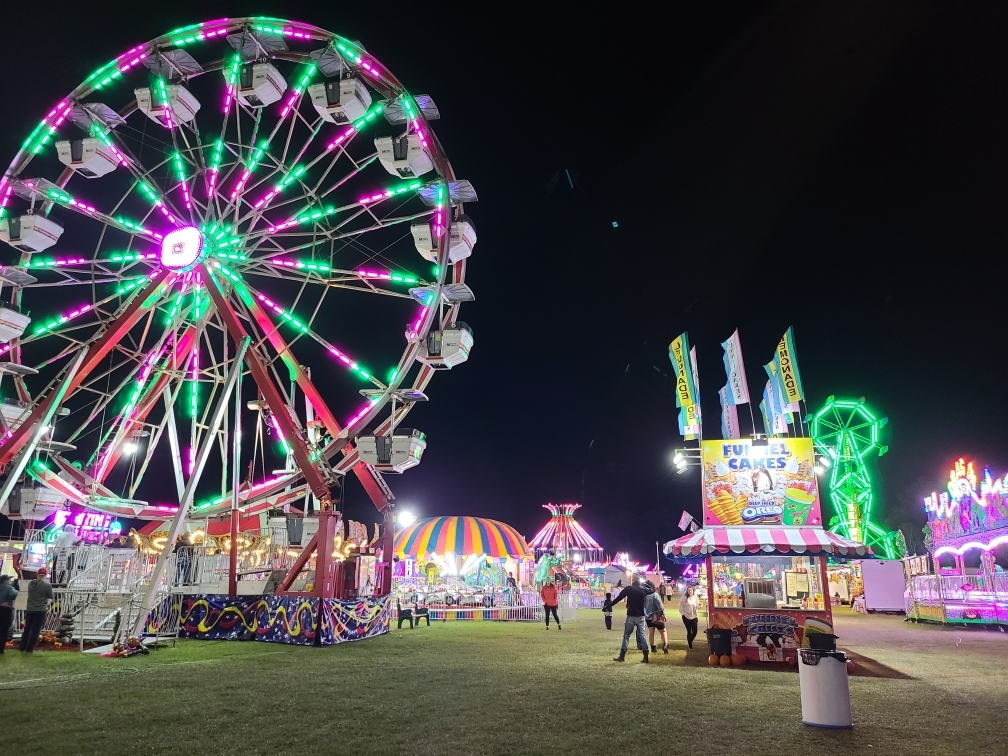 Robert Briggs, of Modern Midway, says 2020 was a year of “having to hustle and having to reinvent ourselves.”

This meant playing a lot of 10-day spots, mainly in shopping centers and other dates, often booked on the fly. The company ran only one instead of its usual two units. After Labor Day, the company said its “fall run fairs held on, they're in the south. None of our summer dates in the North were salvageable. The fairs would come to the shopping centers we were playing, to see how we had social safe distancing and the sanitizing stations and the fogging of the equipment and all the protocols in place.”

The company basically had to “develop a whole new route overnight. We worked with some concessionaires, just to have a steady income.  We made the best of what we could.”

One of the more unique situations was that while the “official” Okefenokee Fair in Waycross, Georgia was cancelled, Briggs was able to partner with the fair board and was able to rent the fairgrounds, “which gave the fair some income. They helped us sell tickets. People were ready to come out.”

The fair season for Belle City Amusements was a summer of hurry-up-and-wait, as the Charles Panacek and an allotment of H-2B employees worked in the shop at winter quarters as his entire route cancelled one date after another.

“We kept them busy with maintenance at the facility, but eventually it wasn't financially feasible and we had to let them go.”

By Labor Day, there was an easing up of the market conditions, and opportunity soon knocked in the form of Universal Fairs, who had the greenlight for the Alabama State Fair and the Georgia State Fair, two events Panacek had never played before. “We were happy to be back out after all the time waiting.”

The fairs had openings because the original midway providers were unable to fulfill their contracts due to the pandemic. By then though, the Belle City labor force had been depleted, and the company could not play either fair alone. The company partnered with the other Universal Fair midway company of 2020, Mitchell Brothers & Sons Amusements. The companies have been affiliated in the past, but the subcontracting this year was more of a co-providing a midway than just one company filling in a few rides for the other.

Mitchell Brothers & Sons Amusements held the contract for the Alabama event, and Belle City held the Georgia contract. These split-midways were a first for Panacek.  “The main reason was labor, neither of has a full workforce,” he said.

“But they were sitting around just like us, so they were ready to go out. Universal Fairs did a very good job of marketing and advertising the fairs, which they did not have a lot of time do. But a lot of families came out, and they were very good fairs.”

After weeks of cancellations, the certainty of being an active carnival company seemed the most rewarding. “We are glad to be out and doing what we are experienced in doing. We've learned how to operate in these very difficult times. The most challenging is that you don't know what is going to happen. When things closed down in March, we thought we were going to be open in June, then July, then August. The hardest part was the unknown. You can't plan for the unknown.”

Fairgoers anxiously attended the 2020 Alabama State Fair, looking for some fun in a not so fun year.