Modern Midways provided the midway for the Okeechobee County Fair

Held at the Okeechobee Agri Civic Center and Fairgrounds March 15-20, the Okeechobee Fair offered six fun days to south Florida residents. The fair was closed due to the pandemic in 2020 but did run in 2021.

Returning for its second year at the fair was carnival midway provider Modern Midways. Among the newest attractions offered were the Flying Dumbos from Kolmax-Plus and the Hyper Loop from Technical Park.

Fair gate admission alone was $5 for adults and kids, with children under $5 free. Opening day offered $1 admission, and on Wednesday, bringing 3 canned good items took $3 off the admission price. Sunday, the closing day, had $2 admission pricing.

The fair was a big hit this year, and even a rainy, stormy opening day did not deter crowds from arriving at the fairgrounds. Along with the carnival rides and fair food, there were also attractions such as the “world famous” Pig Races, the acrobatic and animal acts of Circus Hollywood, and even a Giraffic Park Menagerie and Zoo. Each of these shows was free with paid gate admission.

For an additional $10, on Saturday, one of the fair's most popular events, the Demolition Derby took place in the grandstand. A pit pass was also available to racing aficionados for $20 per person plus fair admission.

Even the little kids enjoyed some wild car excitement – there was a “Demotlition Derbie” for kids to participate in themselves.

Along with art, photography, and home exhibits, there was also a special type of artwork on display: towering and impressive sand sculptures by sand artist Wade Wheeler. 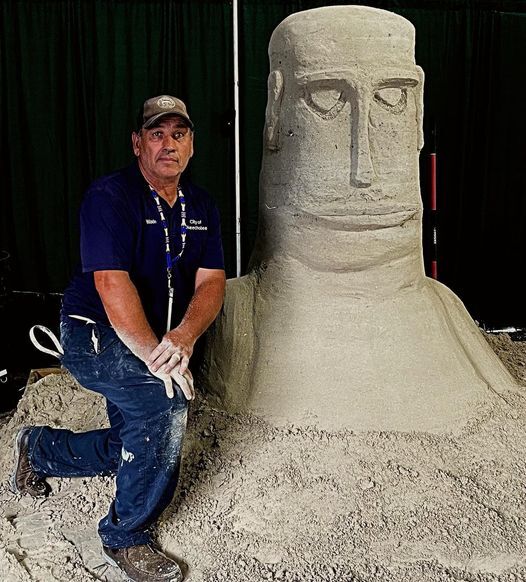 And of course, there was fair food. Along with the popular traditional fare of cotton candy and hot dogs, there were returning favorite Amish Donuts, and BBQ sirloin tips. On fair “Fri-Yay,” Sutton Milk served up Brownie Sundaes and samplers of six mini-scoops of ice cream. Sutton also offered pints and half-pints of their milk on Friday and Saturday at the farm exhibit.

After indulging on fair favorite foods, those over 21 were able to visit the equally popular Beer Garden, while all ages could bid a hearty “ahoy matey” to stilt walking pirates stalking through the event.

And finally, for a look at it all from above, the Okeechobee Fair offered a helicopter ride for $20. Along with the fairgrounds, riders could experience a view of the surrounding area. 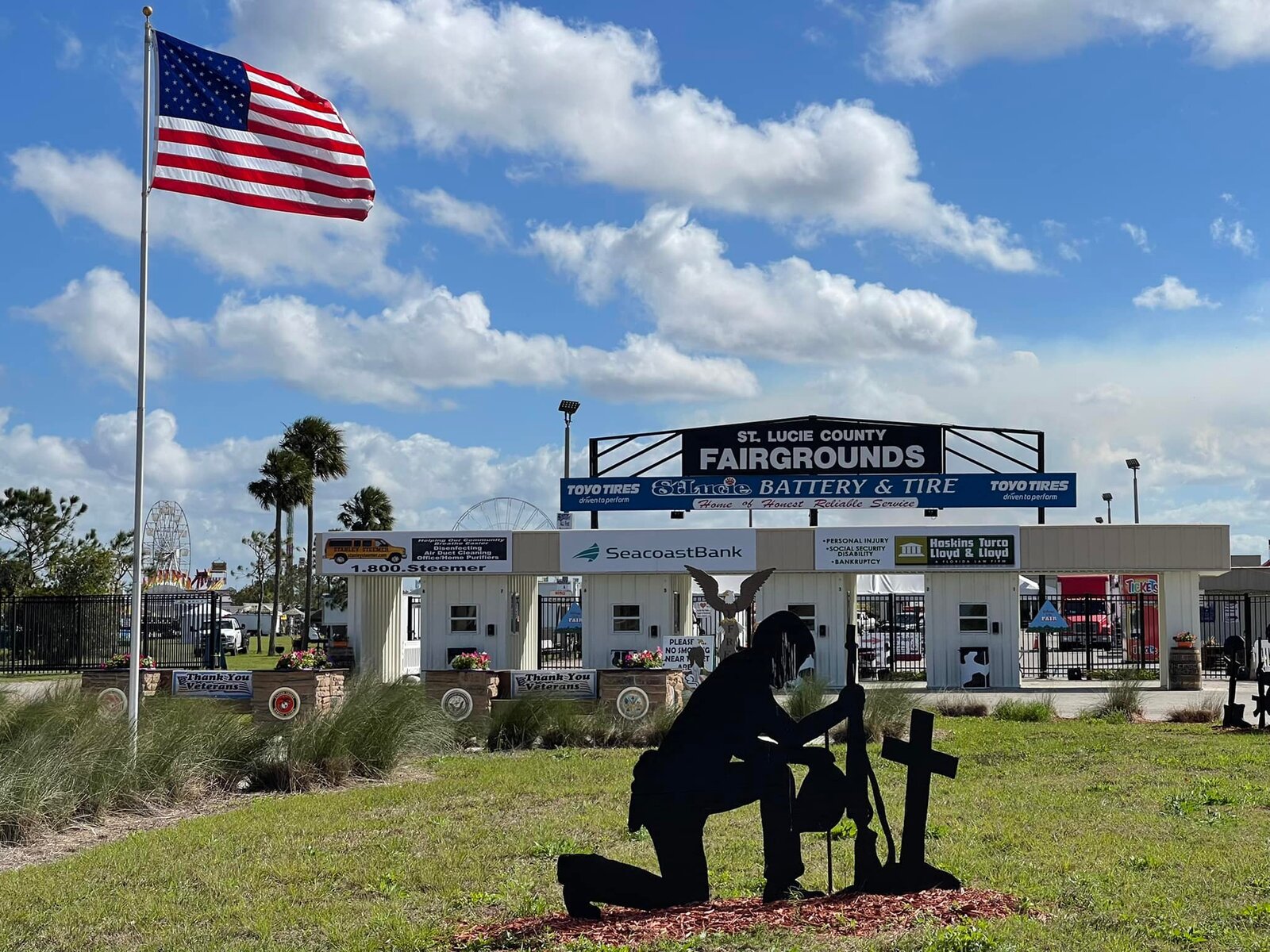 Admission for 2022 was s $15 for adults 13 years and older, $5 for children ages 6 – 12, and seniors and veterans were $8. Children under 6 were admitted free. Seacoast Sundays offered reduced admission for two canned good items. Fair parking was free. In addition, there were a variety of daily specials, Saturdays were Kids Days, with those age 12 and under admitted for  $1; Monday and Wednesday offered free admission; Tuesday was dubbed Carload Day with 8 people in a vehicle able to secure admission plus ride arm band for $75. And on Thursday it was Dollar Day with $1 admission and $1 rides. 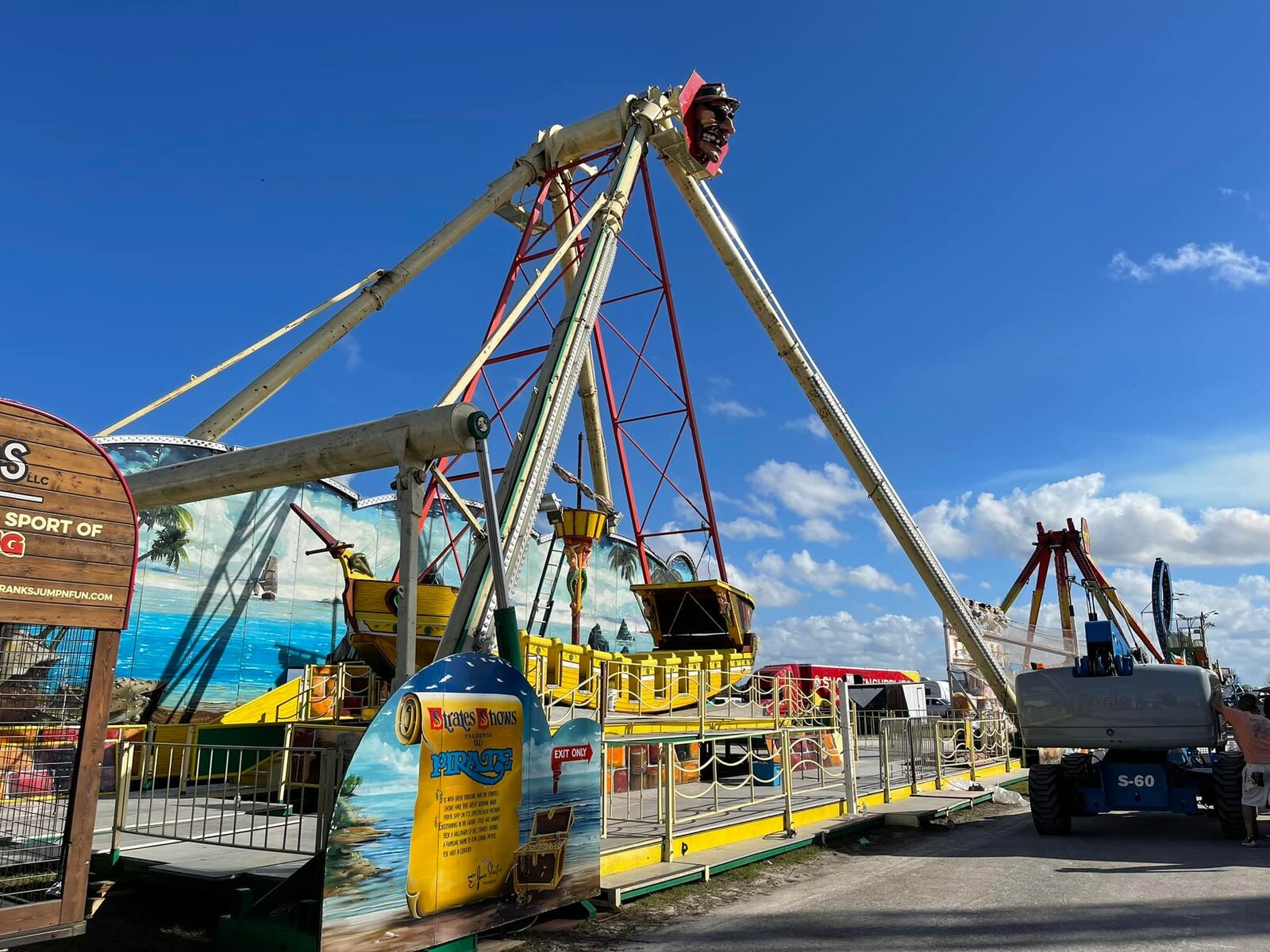 But all the entertainment fun aside, the St. Lucie Fair focuses on showcasing the area's growing agriculture industry, with its own 4H and FFA shows that included small animal shows, including rabbits, cavies, and reptiles; an exhibition for horses and goats; a pee wee pig show, and chickens and other poultry exhibited at the small animal barn. There was even a small animal costume contest and parade. A steer show was another big draw, along with the livestock auction.

The fair also offered a petting zoo, butterfly exhibition, and a two-day Wide Open PRCA rodeo that included a bull riding event. The Show Me Safari Pig Races were another fun event that drew the crowds. Also at the fair: a Demolition Derby and mini-car event.

Iannotti was delighted with the turn out and the success of the fair's overall goal “to provide a safe and exciting event” for all ages to enjoy and to showcase the offerings of St. Lucie County.

As to the carnival, rides and midway were provided by Strates Shows, with highlights including the 33-meter Holland Wheel with vibrant LED lighting, and the Venetian Double Deck Carousel, a one-of-a-kind classic. Midway ride. The Swing Ride and the Zipper were also strong draws. Weekday armbands were $25; weekend armbands priced at $35 for unlimited rides. 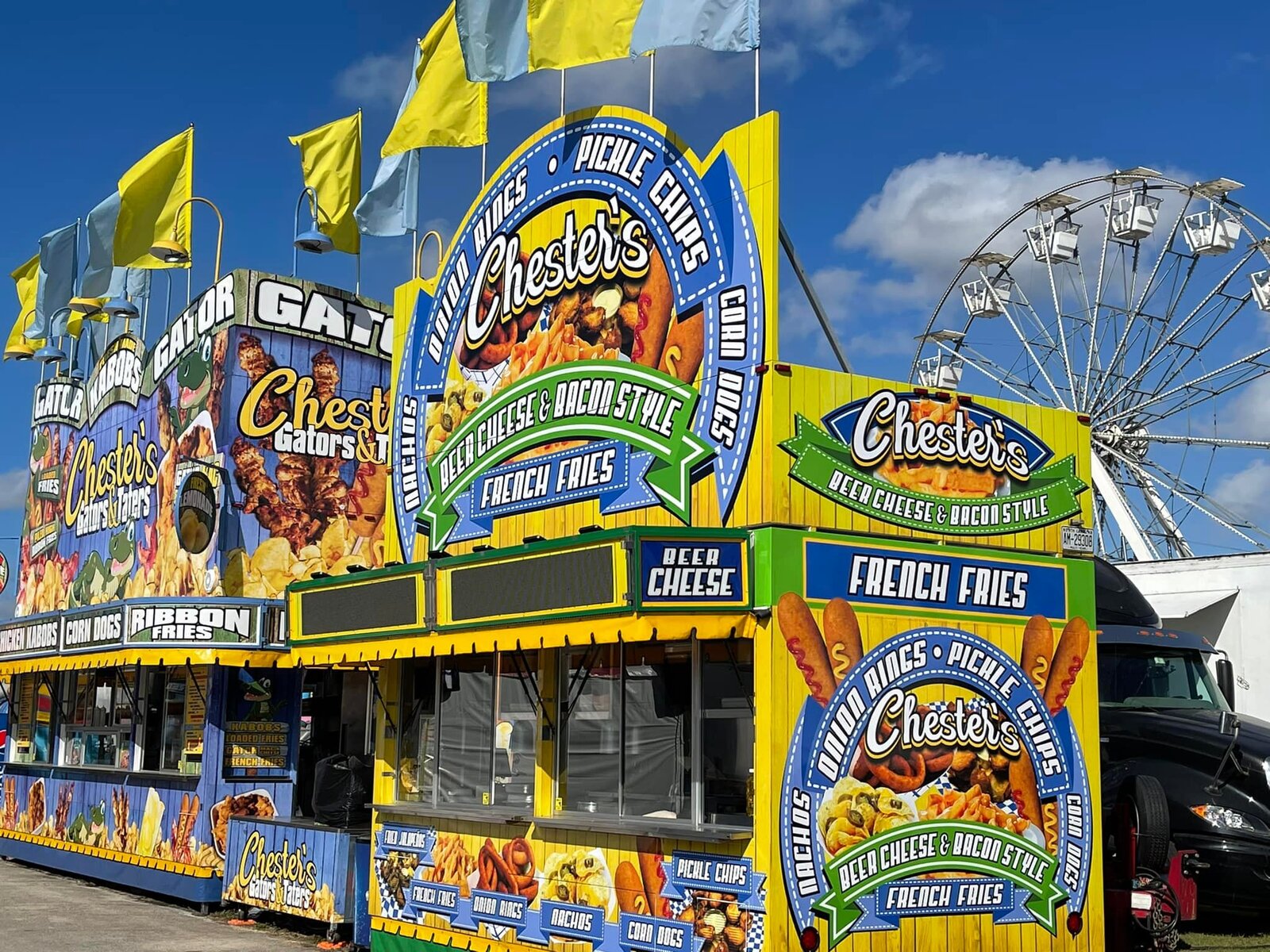 Modern Midways provided the midway for the Okeechobee County Fair