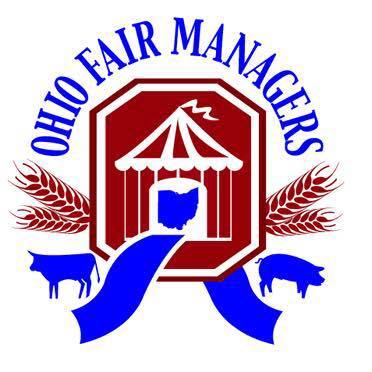 When Ohio Fair managers gathered for their annual convention, the strength was not just in unity, but an exchange of ideas, networking and a significant signs of government support for the Buckeye State's fair industry.

But the theme not only indicated support at the highest level, but at the grassroots level. In many states but also in the fair industry nationwide, a major worry is a graying of the profession. At the board and management levels of fairs, younger people seem unenthusiastic about entering the ranks, often put off by unwelcoming attitudes of what to many seems like an “old boys” network.

Few state organizations are as proactive as the  Ohio Fair Managers Association when it comes to breaking down both real and perceived impediments to making its profession more appealing to generations X, Y and Z. According to Howard L. Call, CFE, Executive Director, the fair welcomed 1,050 junior fair professionals to a day of fellowship and training, with 34 seminars and workshop designed for the young professional entering the fair business as a career.
Welcoming the younger generation while reinforcing the state government commitment to the fair industry and the crucial role it plays in the agriculture industry was the objective of the theme, of Come Together, “ meaning bringing the senior and Junior Fairs together for the future,” said Call.

The call to unity and was the theme of the 95th annual convention of the Ohio Association of Fair managers, which represents 95 fairs and 10 festivals – who are associate members. The convention was attended by 3,150, a slight drop off from last year.

Like many states in the Midwest, the recession hit harder and lingered longer in Ohio. In 2015, the Highly Pathogenic Avian Influenza (HPAI) outbreak led to a ban on poultry exhibits at all 95 of the Ohio fairs, then in 2017, a fatal ride accident at the 2017  Ohio State Fair led to the fair being shut down early. Last year, the Ohio State Fair saw a rebound in attendance and records were set in the livestock auctions, indicating both a robust fair and agriculture industry.
By all accounts, the Ohio fair industry has overcome recent challenges and as the fairs entered the new decade, the outlook has never been brighter. “Optimistic,” is how Call described the atmosphere at the convention, “Continued growth in the economy translates to more opportunity to bring people to agricultural awareness and the fun county fairs hold,” he said. “We saw the positive impact in gate admissions and vendor sales.”

He added, that it was “a very Good year,” for the industry. “A lack of heat in July and August helped our fairs.”

Fairs seemed ready to express this upbeat attitude by an eagerness to reinvest in the operations and in fair programming. The trade show exhibition floor, always a highpoint of the convention, featured 142 booths, up from 137 in 2019. The categories showing the most expansion were programming oriented,  ground acts and carnival companies.
Ohio's county and local fairs seem not as interested in boosting attendance with headline entertainment. Instead, the focus was on affordable and traditional fair entertainment with family appeal. The convention had “more ground acts and ride companies,” said Call. “Yes, a lack of ground acts in the past has driven that growth, and lack of quality rides for county fairs.”

The convention featured 130 Educational & Round Table sessions; Topics included: Person In Charge Training;  Are you giving away your gates?;  What are the Programs or Attractions that Make Your Fair Unique; All Things Fair Boards Need to Know;  Who oversees your Livestock Sale and WHY;  Medical Marijuana How will this affect our fairs?; Ethics, Board Responsibilities & When the Whistle Blows and The Public Loves a Clean Fairgrounds.


Perhaps the seminar holding the most interest for conventioneers was entitled, “State Capital Grant and the Matching issue.” This year, after many legislative sessions of lobbying by the OFMA, the state finally reinstituted the Grant program for Capital improvements, offering fairs matching grants of $50,000 per fair. The grant program and the matching issues (generally, grants are matched by combinations of financial and in-kind support)  for the 2020 Ohio Grant program  for agricultural fairs, was a major point of discussion. “State Grant program for Capital improvements,” was  a well-attended, popular seminar a  major point of discussion, said Call as well as “the lack of volunteers and ride operations.”

In other convention news, Rod Arter, President of the Hartford Independent Fair was sworn in as president; Paul Harris of the Great Geauga County Fair as 1st Vice President; Stanley Strode of the Morgan County Fair as 2nd Vice President; and Robert Dawson of the Lake County Fair as Treasurer. Dr. Tony Forshey, the Ohio Department of Agricultural State Veterinarian  was honored with an Appreciation Award Plaque for his continued educational sessions during the annual OFMA convention and the Safe Guarding of  Ohio's Livestock Industry.

Inducted into the Ohio Fair Manager Hall of fame were Cathy Cunningham of the Summit County Fair; Curtis Johnson of the Fulton County Fair; Charles “Charlie” Cox of Concessions by Cox; Larry Hughes of the Hartford Independent Fair; Dan Stone of the Ashland County Fair; and Jerry Schaffner of the Shelby County Fair.

Inclusion, empathy and healing were also a crucial message shared by the organization eager to Come Together as a way to ring in the New Year. The Key Note Address – attended by more than 2,200 “adults & youth,” according to Call – was on the Topic of “Never Alone”.  The address was given by a daughter/mother team  of Kayla Grammer and her mother Christy Smith, who have become popular on the speaker circuit. Grammer grew up in Galloway Township in New Jersey, was a straight-A student and a  4-H youth, but became an addicted youth. Their moving, interactive motivation talk related her story from addiction to recovery. 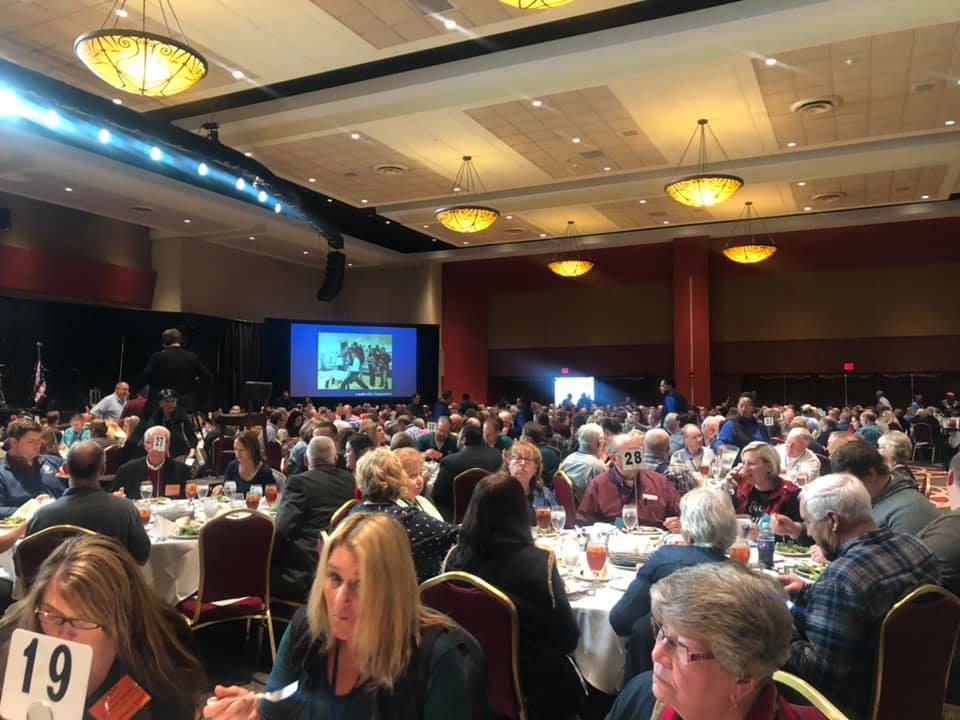 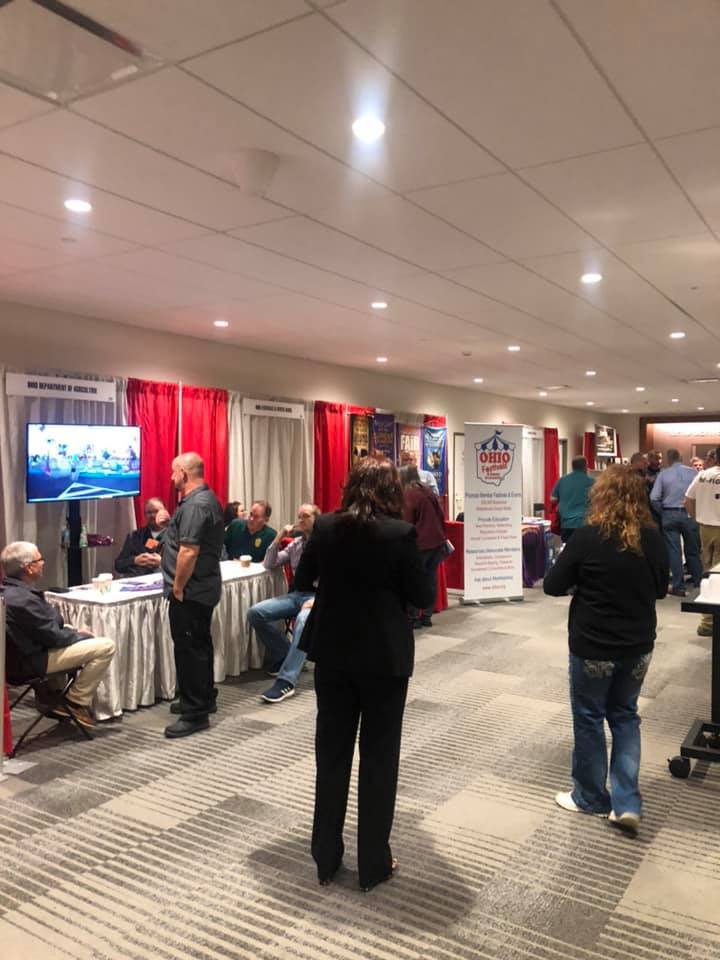 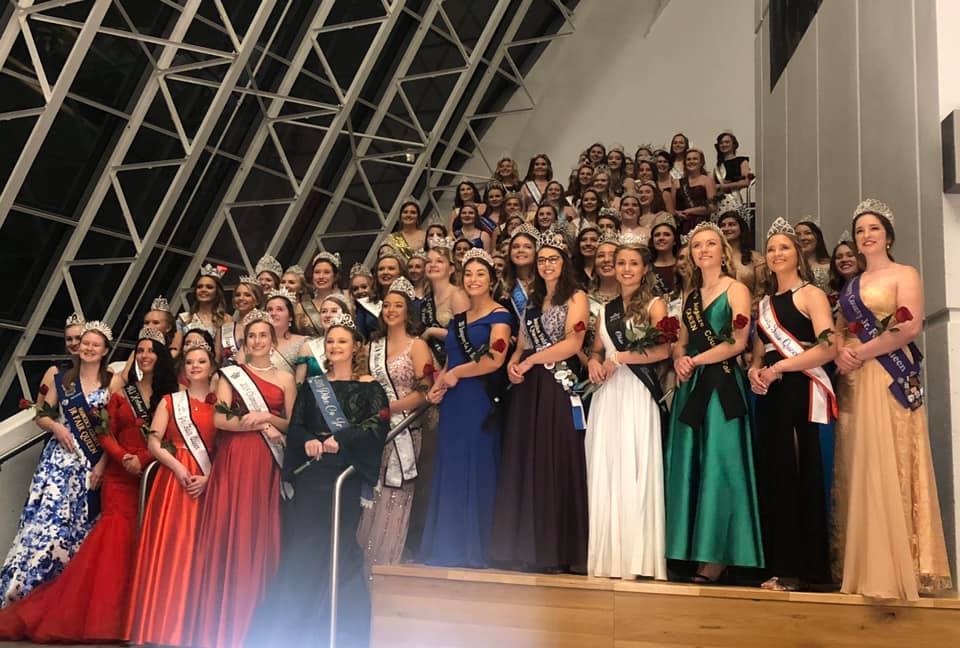 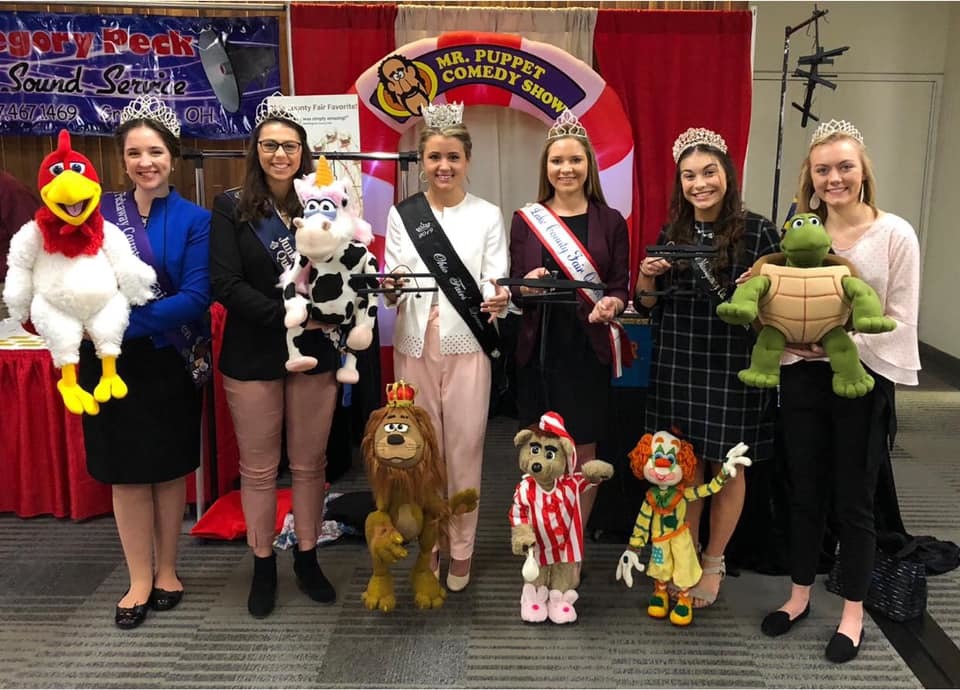