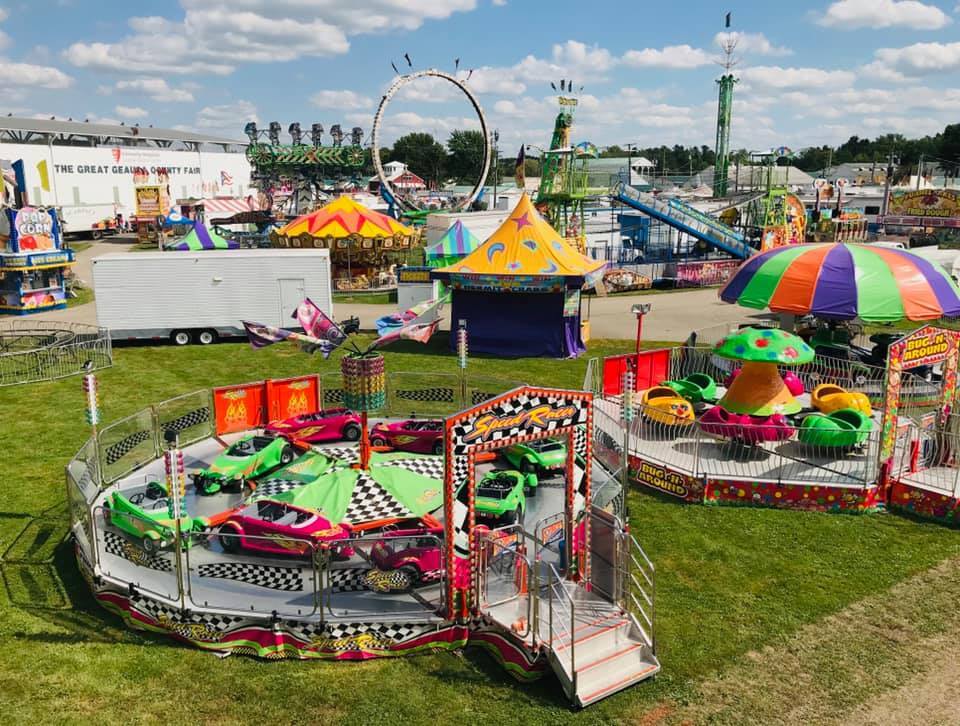 Few fair organizations seem as organized with intent as Ohio as 2021 begins and a new fair season looms. The annual convention of the Ohio Fair Managers Association (OFMA) was a virtual event that featured updates on the Ohio Fair Queen Program, an extensive educational workshop that will carry over into subsequent months and an innovative,  reverse-raffle fundraiser.  But the main event and purpose of the meeting was to inform and inspire the troops as the organization launches a full-bore effort to reopen the state's fair industry.

The major announcement and focus of the meeting was that an outdoor event industry restoration plan was being developed and given to the governor and key legislators by March 1st. The OFMA has formed an alliance with the Ohio Festivals & Events Association and the Greater Ohio Showmen's Association and enlisted the services of Eric German of the German Consulting Group to develop an opening plan.

On Thursday, February 25, Governor Mike DeWine announced a plan to allow fairs, festivals, and outdoor gatherings to resume.  While it was said that the use of face coverings and social distancing will be required, the governor will announce more details during next weeks press conference.

“Nothing was as significant in terms of legislative importance as getting our fairs opened this year,” said Howard Call, Executive Director, OFMA. “We are working on the legislative front and will have a plan to open safely, so we can have can have full fairs this year. We are creating a guide of how to reopen safely and have a gathering.”

Full-fair is the key word here, which is almost exclusive to Ohio. Calling 2020 a turbulent year seems like an understatement, with the vast majority of fairs nationwide cancelled, but the Ohio chapter of the COVID saga had its own set of unique complexities. The Ohio State Fair was one of the first state fairs to outright cancel, but for the 94 county and local fairs, Gov. Mike DeWine originally allowed “Junior Fairs” to be held, essentially 4-H and FFA and other agricultural active, but left the decision of having a midway with rides and other attractions up to the individual fair boards and county officials, as long as they complied with the state's health and safety guidelines.

In July, the governor reversed his decision and banned all midways from Ohio Fairs, allowing only Junior Fairs, forcing dozens of fairs to either cancel their events, because the operational costs of running a fair without ride revenue is insurmountable, causing fairs to drastically scale back original plans and diminish their fundraising activities.
The fairs received $50,000 in emergency funding, but without the midway and other revenue streams caused by the statewide downsizing of county fairs into junior fairs, most fairs operated at a loss. “Getting $50,000 was huge, we needed the support, but for most fairs, it didn't cover the cost of the fair,” said Call. “There was a great deal of significant cost related to COVID, with signage, hand sanitizers and new cleaning protocols in all the barns and facilities.”

Our of the 94 county fairs, only a handful of “full fairs” did occur. One of the final ones before the Governor's Junior Fair-only mandate was the Summit County Fair held in July.  “Attendance was cut in half,” said Call.

The fact of the matter is that most fairs will not be able to withstand another year of a Junior Fair only season. Tim Massie, Immediate Past-President of the OFMA, and secretary of the Gallia County Fair, estimates the costs of the truncated 2020 edition. “We had a successful junior fair, but we didn't have the carnival and we were down to eight food concessions. Our costs were well over the $50,000 we received.” 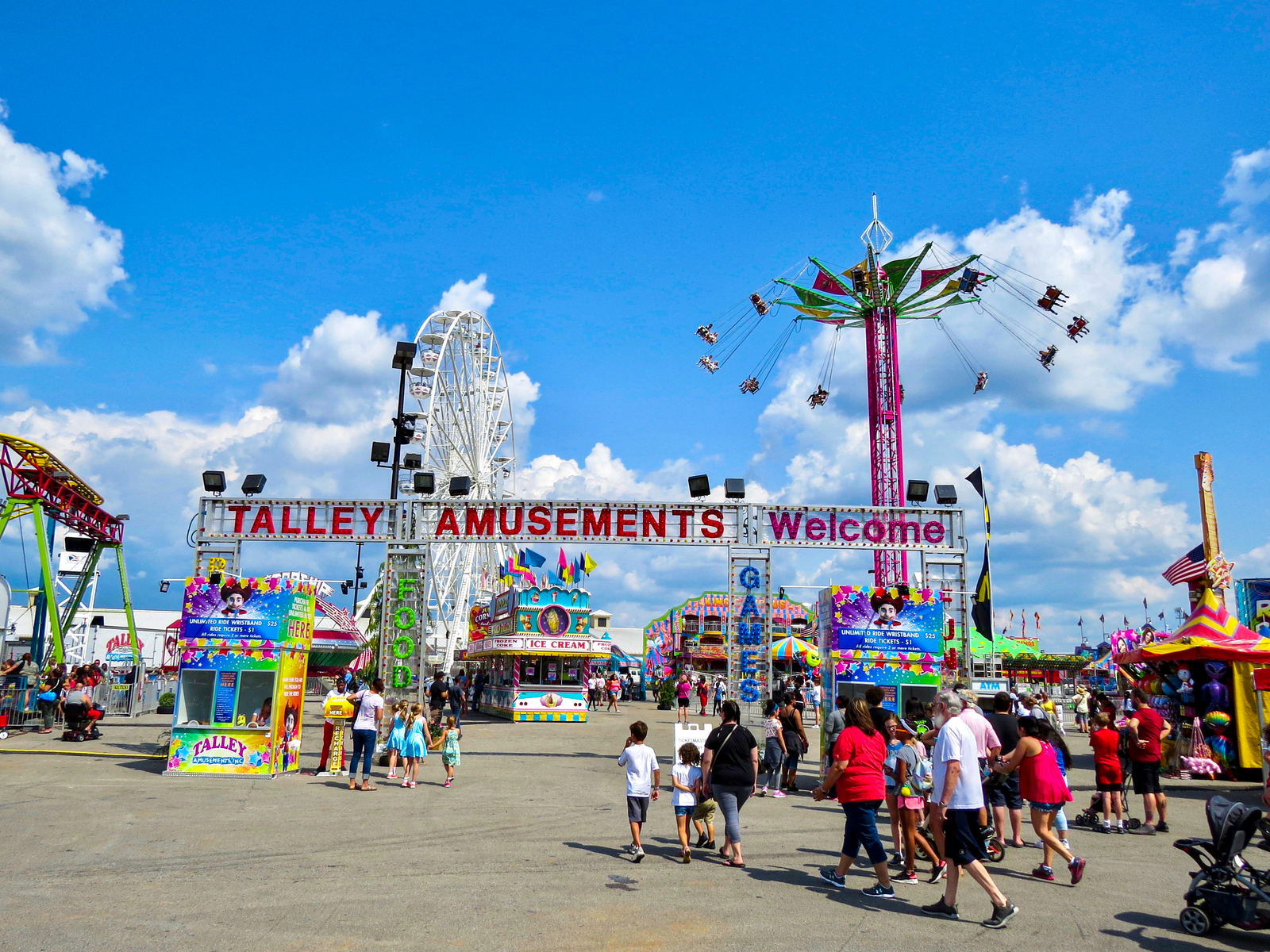 The Ohio State Fair was cancelled in 2020.  Talley Amusements made its midway debut in 2019.

But the community losses were not as easily quantifiable. “The fair experience is a package, and there is lot of other spending in the community that goes on, it's a focal point of these communities, people come here and visit with each other. We want to have a full fair this year.”

Was having a junior fair better than having no fair at all?  As any half a loaf is better than a full loaf proposition, it's a difficult question to answer but one aspect seems certain. With the cancellation of the state fair, junior fair participation was negatively impacted. “We made our mind up and allowed our kids to partake of the fair, so they could come in and show their projects. We didn't have near the numbers, overall, our livestock numbers were down 60 percent. With the state fair cancelled, that limits our numbers, because they didn't participate to go on to the state fair.”

Administered through Ohio State University, the Buckeye State boasts one of the most vibrant 4-H and FFA programs in the nation. The network of county fairs is the infrastructure enabling the program to flourish, with the fairs acting as feedes with the state fairs exhibits and competitions being the culminating event for participants. With the removal of the crowning conclusion of the year's programming, the Junior Fair-only edict by the Governor, however well intentioned, seems to have also caused dissatisfaction.

“It was better than not having a fair to be provide a junior fair program, because it kept interest in the program,” said Paul Harris, First vice president, OFMA and Secretary of the Great Geauga County Fair. “But the participation was down. A junior fair isn't just about bringing the animal to the fair, it's the comradery with the other kids, being involved with a team and having that bonding experience of youth. The state fair is an integral part of the system, and without it there as the goal, the feel of the fair was gone, it just wasn't the same.” 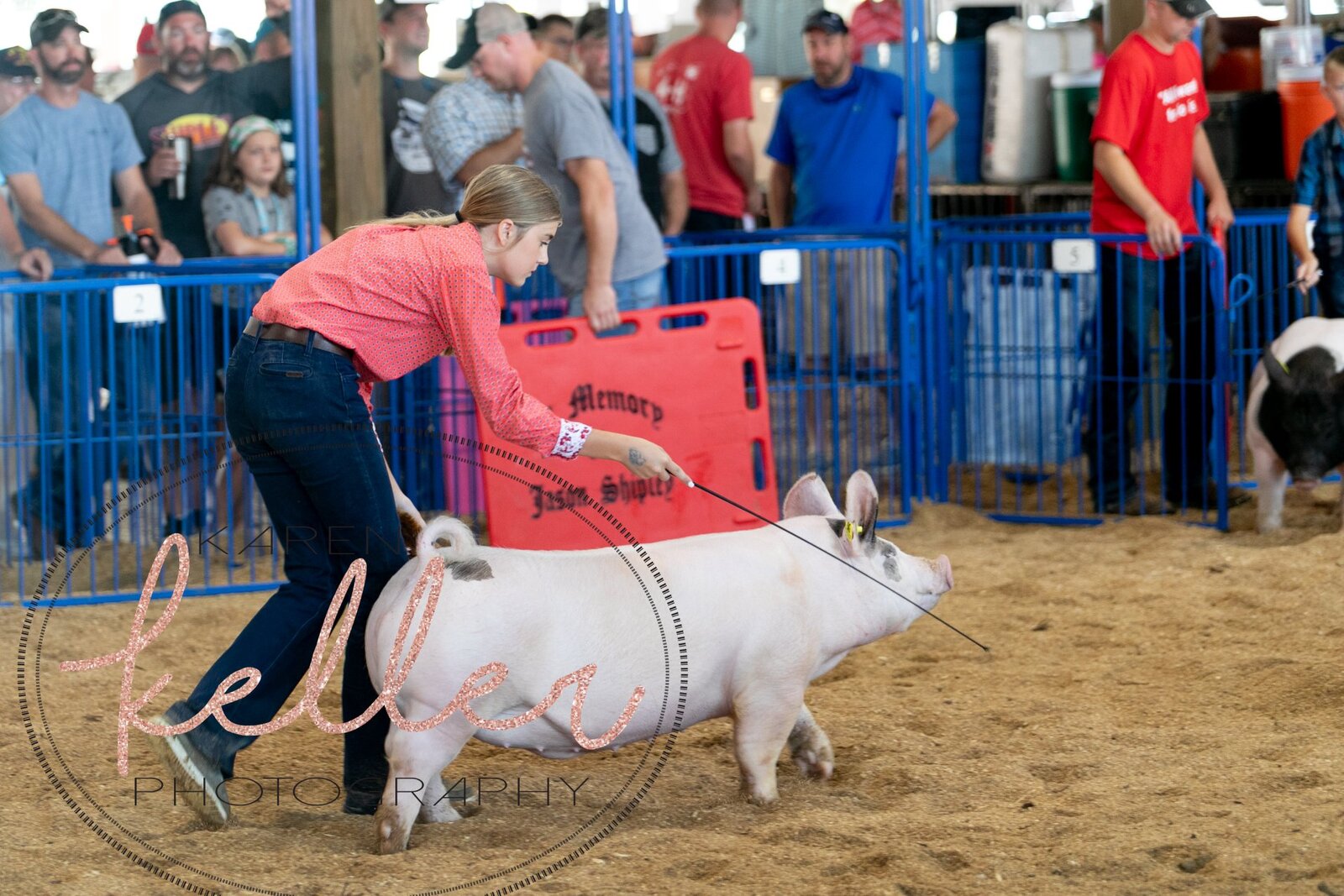 The March 1st deadline for the plan to be developed and delivered to the Governor and other legislators is to have sufficient time to discuss, change and approve the plan by mid-to-late-spring. Although the county fairs do not truly shift into gear until late June, Ohio festivals begin by May.  “We want to get onto the Governor's desk so we can have the discussion,” said Dan Bullen, Immediate Past President, OFMA and treasurer of the Green County Fair. “The fair industry has been on a learning curve, and I feel with the fairs that happened in Florid and the Delaware State Fair, we've learned how to put on a safe fair. The Governor banned our full fairs, but amusement parks like King Island were allowed to open and if they could do it safely, so can we. That's what the plan will show.”

Bullen added that the fairs did receive financial help and pay check protection, which has helped, even as most fairgrounds lost both a full fair and rental business. “We will really need to know by April if we can open for all the contracts to be finalized.”

In addition, the plan will also remind political leaders and office holders of the economic devastation of having 2021 are an exact repeat of 2020. “The economic impact is huge,” said Harris. “The fairs are big business, but also all the spinoff businesses related to the fair. That's what we hope to show to the governor.”

In August of last year, Ohio fairs led a social media campaign “Save Ohio Fairs & Festivals” whose capstone was a peaceful demonstration at the Columbus State House. While it had little practical impact – the governor's junior fair only order held in place for the remainder of the season – it did raise awareness of the plight of the fairs and served as a catalyst in unifying the fairs.

“We have friends in the legislature and the department of Agriculture,” said Call. “The fact is we're outdoor events, and there's been no COVID cases traced back to any of our fairs. We also have data and information from other fairs in the country that did go on.” 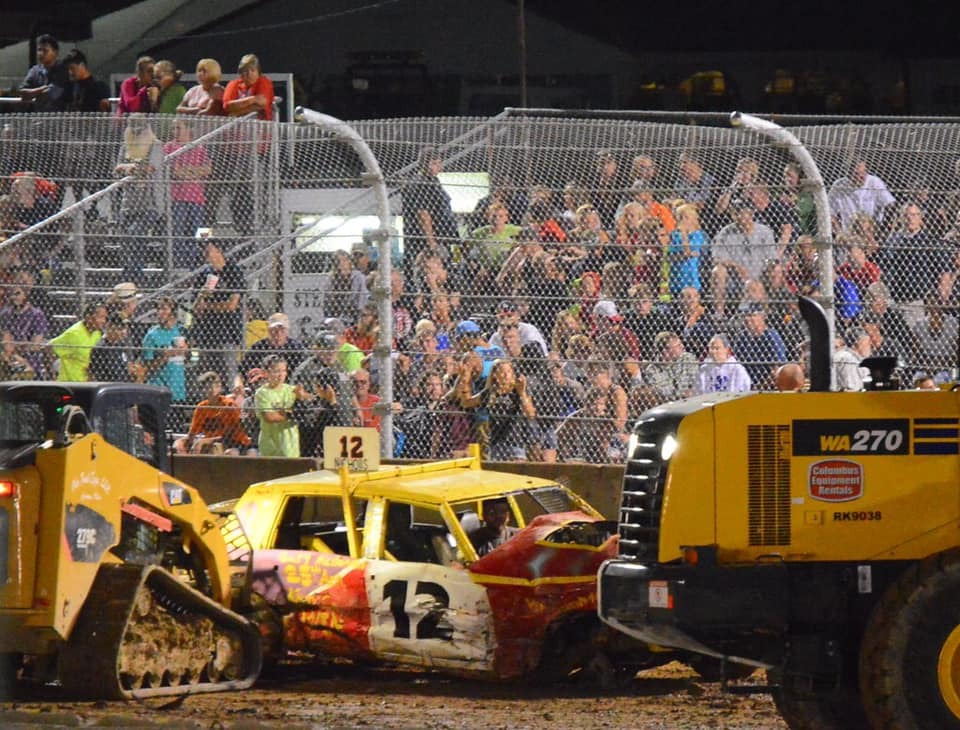 In other OFMA news, the organization launched  YouTube channel, with segments from the virtual convention being the premiere videos of the new venture. The OFMA also announced revisions due to COVID-19 to the Ohio Fair Queen program, delaying the interviews – the key contest component – being delayed until the OFMA's spring meetings.
Last year's Queen, Mackenzie Hoog, from the Montgomery County Fair, had a virtual reign. Usually the young woman visits other fairs and participates in several State Fair events, but this year all her duties were dispensed via ZOOM.
But like aspects of the fair industry, this program was modified in the Pandemic era, but it is still thriving among the OFMA member fairs. “The OFMA takes great pride in keeping our kids motivated,” said Bev Fisher, Fair Manager, Mahoning County Fair and Co-Chair, Queen Event Committee, OFMA. “The queen represents our youth and fairs and the board doesn't want to cut out the program. Fairs are here to show the kids they can do anything, that they can dream, and as we cautiously move forward, that's more important than ever.” 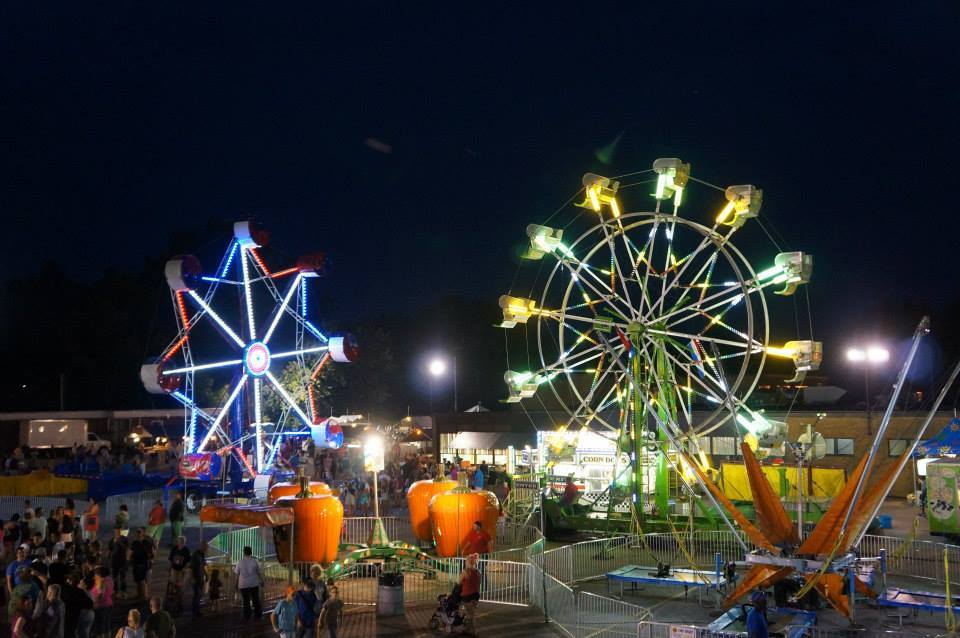