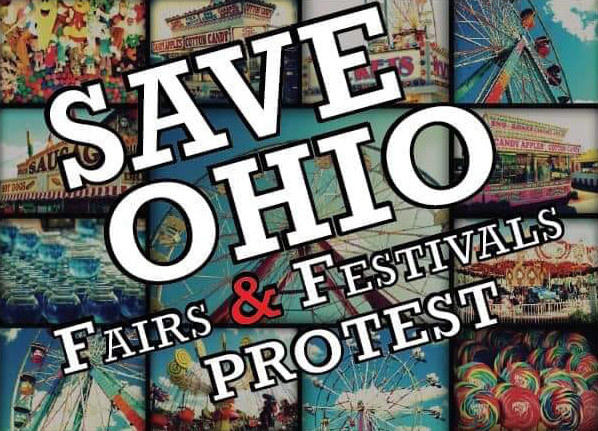 A protest is being organized for August 6 at the Ohio State House in Columbus
Organizers are encouraging fairs, festivals, concessionaires, and carnival owners to attend. Showmen are encouraged to bring their equipment.

Carnival companies, concessionaires, vendors, fair professionals and supporters of the fair industry in the Buckeye State plan to occupy the parking lot of the State House in Columbus, Ohio. But they won't be setting up a still date or selling wristbands for residents to enjoy. Instead, Ohio carnival companies will be leading a protest against the state's governor and his actions towards the industry during the COVID-19 pandemic.

A Facebook Group -- Save Ohio Fairs & Festivals -- with more than 2,300 members – has been formed to organize the demonstration, which is scheduled for Thursday, August 6th at 2:00 pm

Like the vast majority of State Fairs, the Ohio State Fair has been cancelled for 2020. But for the 94 county and local fairs, Gov. Mike DeWine was originally more supportive. In addition to offering financial support, the governor allowed “Junior Fairs” to be held, essentially 4-H, FFA and other agricultural actives. He left the decision of having a midway with rides and other attractions up to the individual fair boards and county officials, as long as they complied with the state's health and safety guidelines.

The governor reversed his decision the last week of July, banning all midways from Ohio Fairs, allowing only Junior Fairs, forcing dozens of fairs to either cancel their events because the operational costs of running a fair without ride revenue is insurmountable, or having to drastically scale back original plans and diminish their fundraising activities.

For the Ohio-based midway providers and other fair and festival related companies, the announcement quashed any hope of salvaging the 2020 fair season. Unlike the fairs, who did receive emergency relief funding, Ohio-based carnival companies and other vendors have received no financial support from the state during the economic crisis caused by the pandemic.

The frustration and anger will be vented at the center of Ohio politics on Thursday when the state's fair industry gathers for a public response to the governor's midway ban.

“We want to make a noise and be heard,” said Nicholas Kissel, Assistant Manager, Kissel Amusement, who is one of the main organizers of the protest. “We don't want the pandemic to shut down another industry. We are protesting the governor's double standard. Stationary amusement parks are allowed to be open, but our rides get inspected by the same inspectors. It's a double standard to allow Ohio amusement parks but not allow Ohio fairs to have rides.. His decision is not just destroying carnival companies, but a lot of different vendors and business. It's affecting Lions Clubs, Jaycees, Kiwanis, they work all year to fundraise at events and now they'll have nothing.”

The issues sparking the demonstration may revolve around livelihoods, governmental mishandling of the reopening phases of the pandemic response, and other serious matters, but the protest itself sounds like fun, even flamboyant. He said that he expects several carnival companies to bring trailers. Stilt walkers, circus performers and demolition derby drivers are also expected to be present. The governor's sudden moratorium on midways has affected not just rides and game concessions, but strolling acts and other entertainers.

“We've invited everybody to come in and protest, and not just entertainers but people like electricians and everyone else,” he said. “The Governor's decision has affected a lot of people. Ride companies will be bringing their employees too. I know several fairs will be coming.”

Permits, speakers, and other aspects of the day's agenda are still being finalized. The demonstration will also practice safe social distancing and mask wearing will be required.

According to Kissel, the Ohio Fair Manager's Association(OFMA), the Greater Ohio Showman Association, and the Ohio Festival & Event Association are fully supportive of the protest, their exact involvement is still being determined.

“I know they've talked to individual fair boards, and we are in support,” said Rod Arter, president, OFMA. “These guys are starving to death. Fairs are either cancelling or shortening. The fairs abide by what the state mandates, but it's been all over the place.

Arter is on the board of the Hartford Independent Fair in Hartford, Ohio, which is a unique tri-county fair serving the counties of Licking, Delaware, and Knox. The self-proclaimed “Biggest Little Fair in the World” runs August 9 – 15 and was set to be A  “full fair” with about 21 rides, demolition derby, Monster Truck Rally, Circus Acts and a host of entertainers. But now, the fair is busy figuring out how to scale back to the Governor mandated Junior Fair. 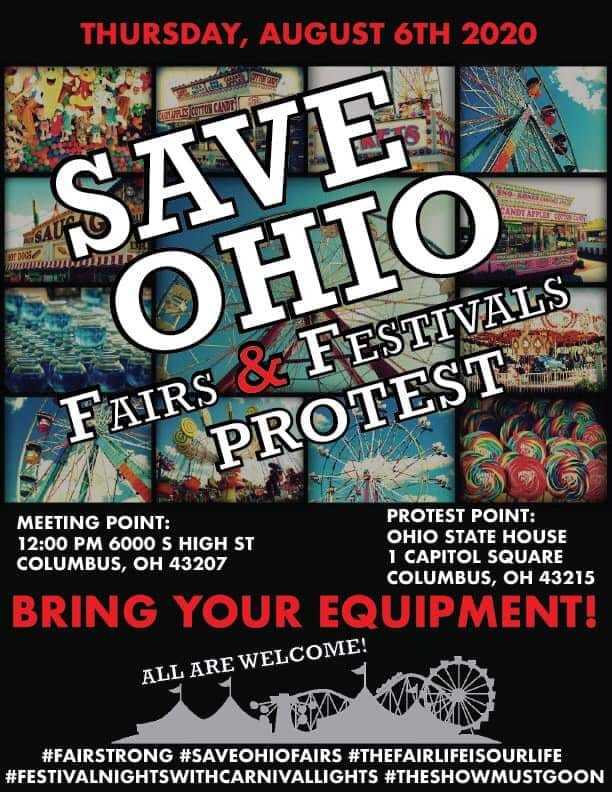 Like so much of 2020, long term planning is impossible, with changes coming at an unprecedented pace.. As the fair's Facebook page states: “The Hartford Fair and the Licking County Health Dept. found out about the Governor's new mandates at the same Time as the general public did. We will update everyone with answers once we can figure out a plan for the 4th time. We apologize and appreciate everyone's patience.”

The most frustrating aspect appears to be the mixed messages by the Governor and county health officials who are inconsistent when it comes to approving and monitoring plans for fairs.

In May, the state provided financial relief for all fairs, but with a financial incentive to open. According to Arter, fairs received $50,000 if they did not cancel, but those who were forced to cancel received $15,000. “It was better than no income, but it won't cover half their costs,” he said. “It was up to individual fairs to decide if they wanted a full fair. The governor only supported the agricultural activities, he wanted that to continue because those kids have been working on the projects all year. Our community buys these animals to support the kids. But the economic impact of not having rides is well into the hundreds of thousands of dollars.”

Even with a restricted fair, issues like how many food vendors will be allowed, remain unresolved. “We are working closely with our health department, and we've invited them to have a booth. We've submitted a plan. Everyone will be masked, we pounded the signage, and created one way traffic flows.  It's up to each individual health department, and each are different and some fairs were forced to cancel even when they had a plan that followed guidelines.”

One of the main problems in Ohio – and other states that are permitting limited fairs to take place – is that while the Governor mandates what business can be reopen and when, the guidelines of capacity, social distancing, when masking is required and other details are up to the local health department to define and enforce. 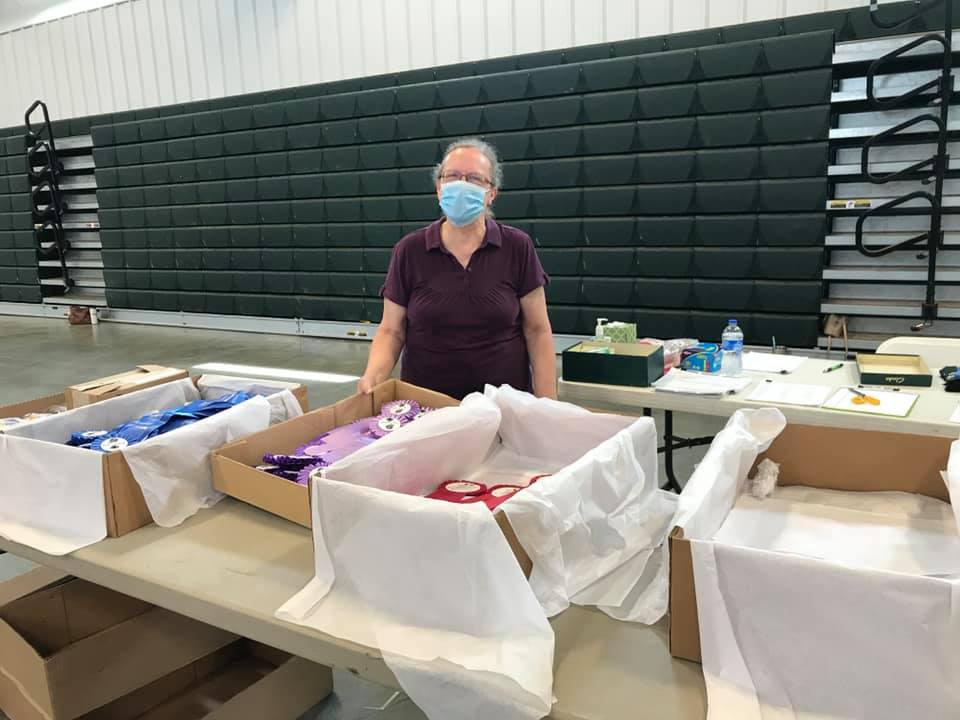 On June 20, the 75th Pickaway County Fair opened for its 8-day run, one of the first fairs of the 2020 season, attracting a modest turnout of approximately 22,000.

On July 23, the Pickaway County Health Department released a scathing report, saying 19 people who tested  positive also attended the fair, and an additional three were related to someone who had been to the fair. The fair had just approximately 22,000 attendees. The report cited inconsistent masking, limited social distancing and a lack of hand sanitizers. Within days, citing the report, Gov. DeWine issued his full fair ban, mandating that only Junior Fairs with only agricultural related events can be held in Ohio, effective July 31.

“We've seen a lack of distancing. We've seen fairs that were clearly not enforcing any mask order at all,” DeWine said. “It's clear we cannot have fairs that are safe.”

​On July 27th, public meeting held between the Pickaway County Health Department and the Pickaway County Agricultural Society, which operates the fair. Officials from OFMA, GOSA as well as from fairs across the state, attended and some even spoke at the ZOOM meeting, outlining the scope of the impact on fairs of the report and its subsequent midway ban is having on state's fair industry.

But it was the report itself and the inspection process that was implemented that raised the ire of Pickaway County Fair officials. “We went above and beyond what the health department told us to do,” said Scott Pritchard, Board Vice President, Pickaway County Agricultural Society. “Our problem with the report is the lack of facts, and inaccuracies.”

According to Pritchard, the inaccuracies are multifold. One is the number of cases traced to the fair. Pritchard said that 10 of those testing positive also traced attended to the same church, which had 24 cases, but that information was not released to the public. 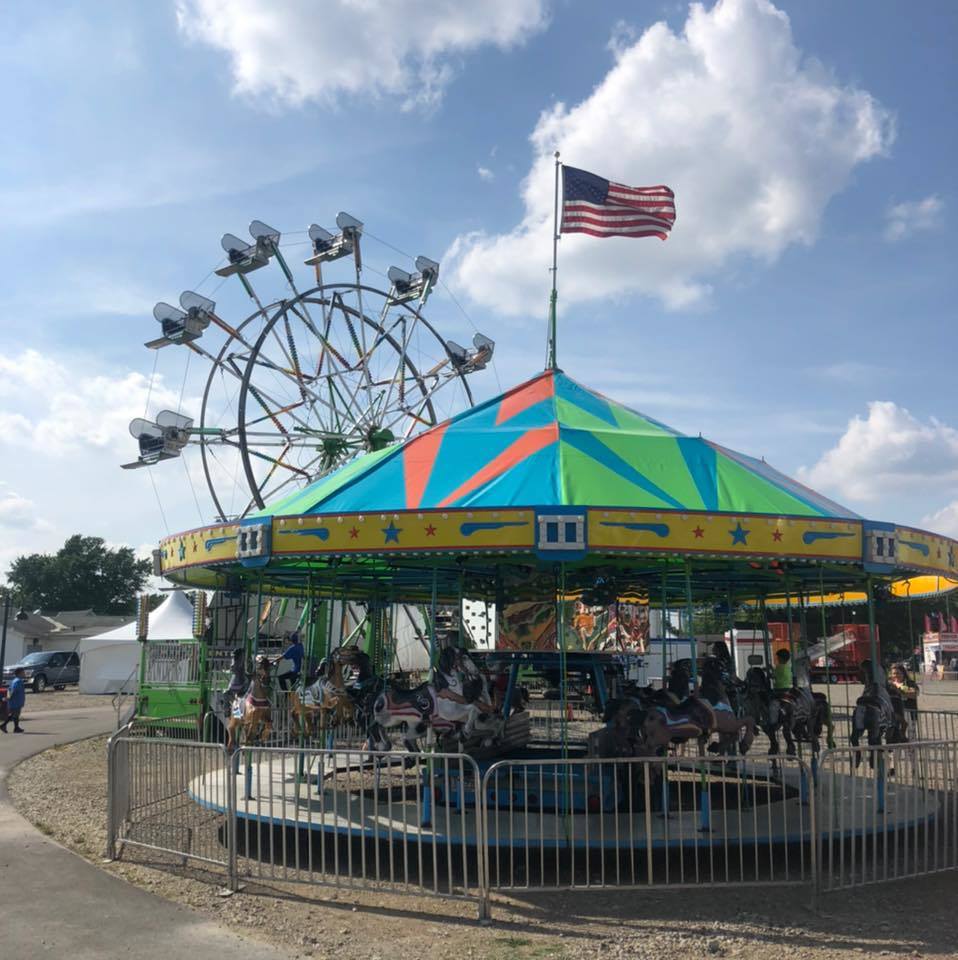 Kissel Amusement provides the rides for the Pickaway County Fair

At the meeting, it was reported that Pickaway County Health Department representatives reiterated that fair staff and volunteers were not wearing masks or using hand sanitizer between customers at entrances and that bleachers were opened, which Health  officials claimed were supposed to be closed.

While a mask-mandate is now in effect in Ohio, in June it was not.  After an inspection, the Health Department brought issues to the fair board to correct, including clarifying when a fair worker should be masked. At the public meeting, a health official reportedly said “while the fair board did correct some issues, there were other issues that were not.”

It's this accusation of non-responsiveness to health department instructions that is particularly irksome. “In two examples, the report stated we as a board did nothing to stop the spread of COVID, that is completely untrue,” he said.

The Pickaway County Agricultural Society plans to release a statement requesting some form of retraction from the health department about the report before the protest. Several Pickaway officials, including Pritchard, plan to participate in the Ohio Fair & Festival Protest at the state house this week. “I'll be there,” he said. “This report is not being challenged and it's hurting all the fairs in Ohio.” 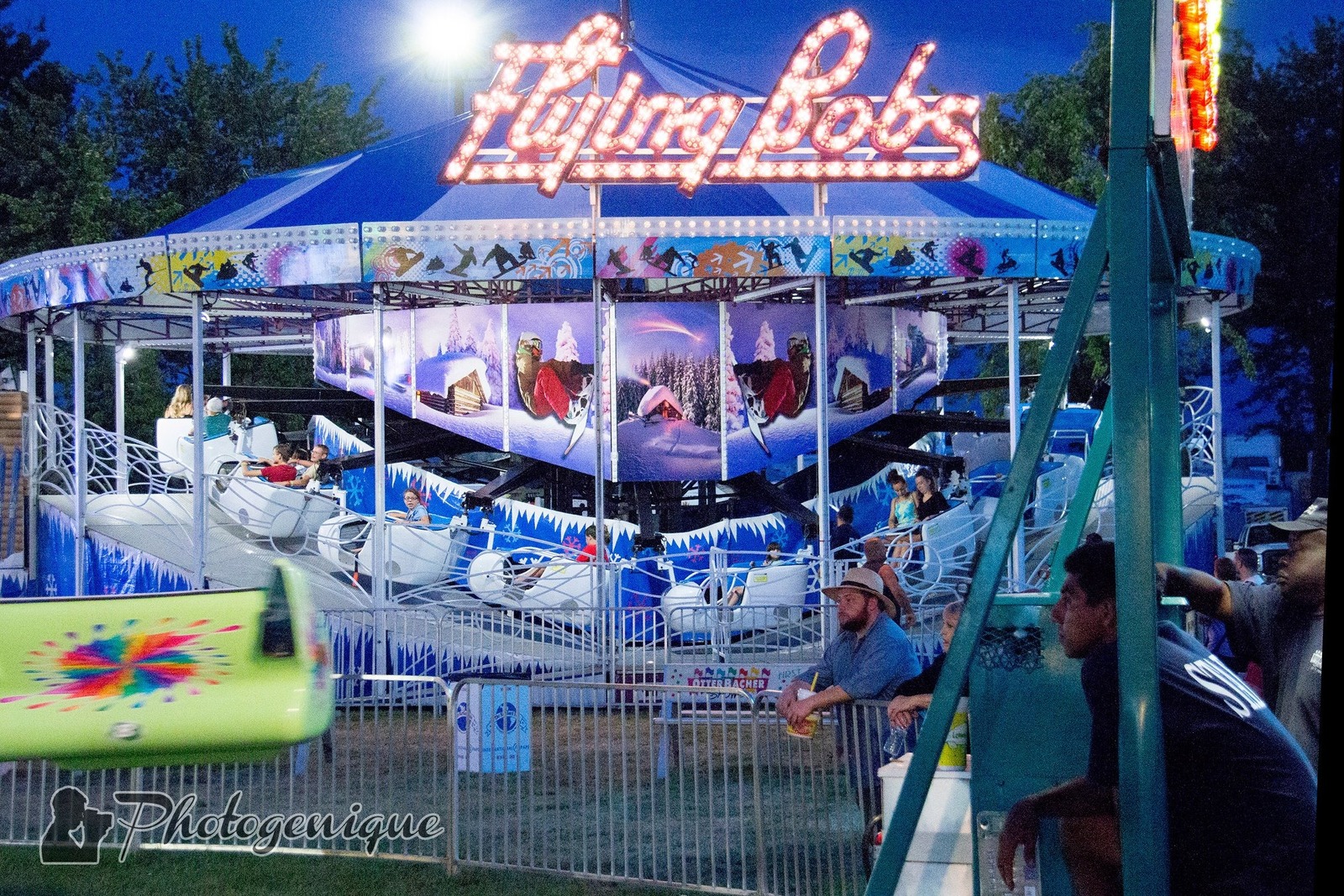 Organizers are encouraging fairs, festivals, concessionaires, and carnival owners to attend. Showmen are encouraged to bring their equipment.