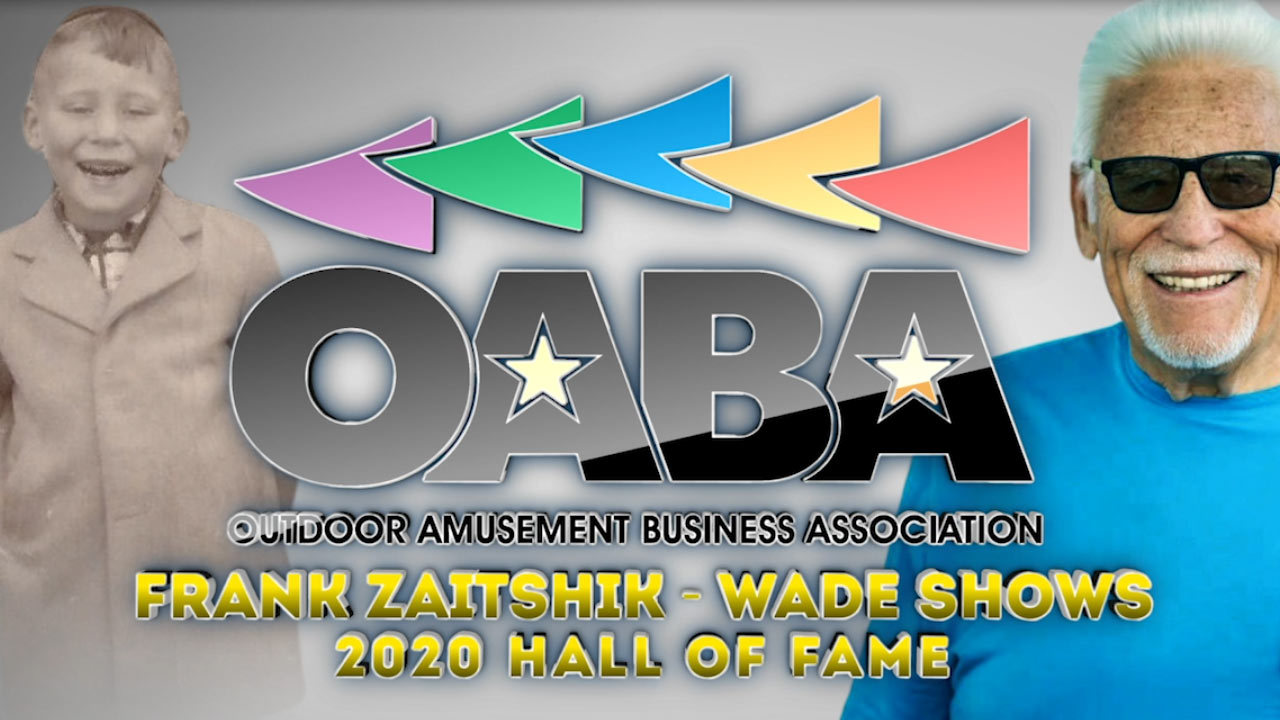 On Friday, February 7 during the annual meeting of the Outdoor Amusement Business Association, Corky Powers of Powers Great American Midways and Frank Zaitshik of Wade Shows were inducted into the OABA Hall of Fame. Fred Pittroff, owner of Giant Slide, was awarded the Industry Pioneer Award.  We would like to congratulate Corky,  Frank, and Fred on their storied careers!

Shown below are the Hall of Fame inductee videos for Corky and Frank as well as Fred's Industry Poineer video courtesy of the OABA.