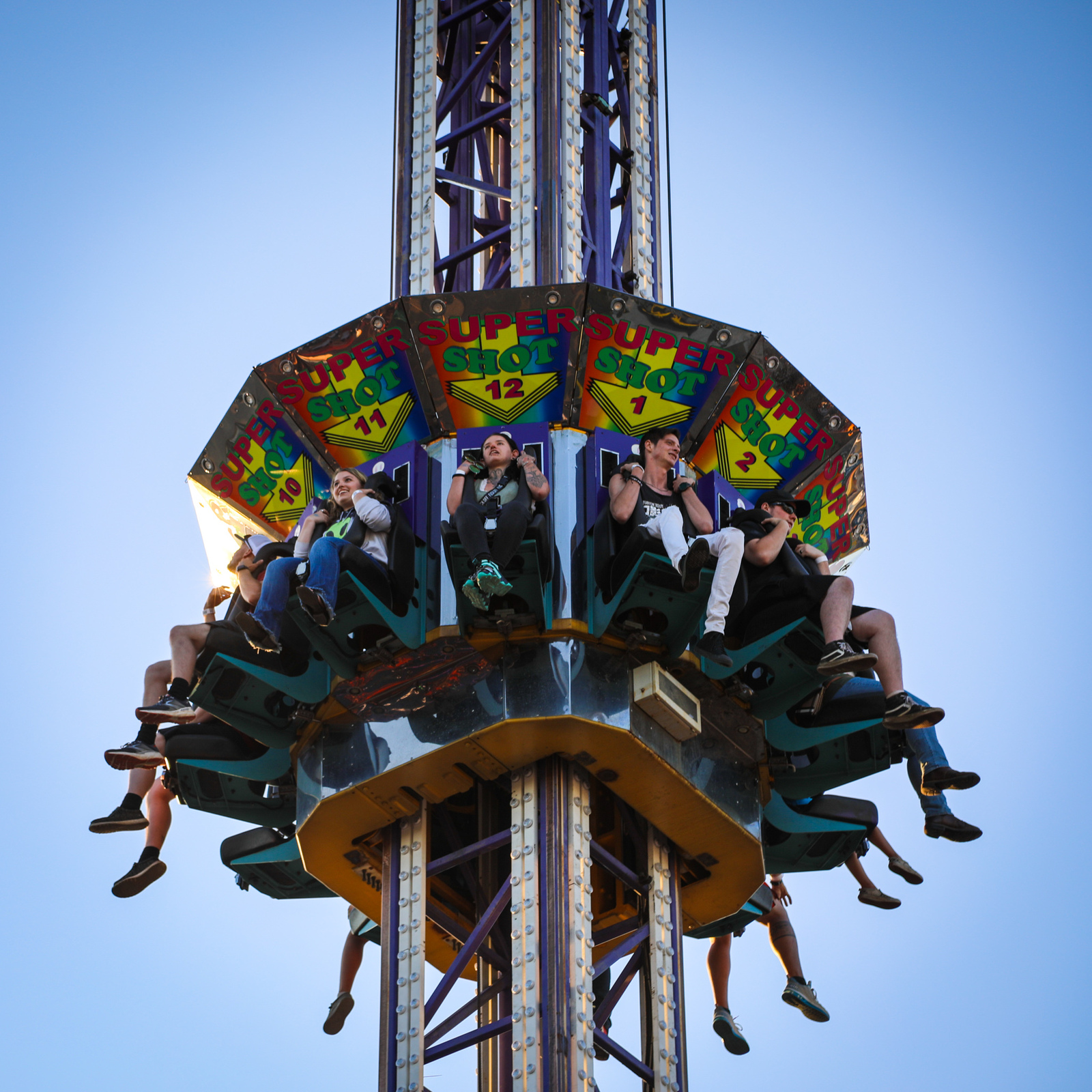 The 2022 North Dakota State Fair set revenue records on the Crabtree Amusements midway, but outside of industry members and observers, most everybody else probably associates this year's fair only with the sudden cancellation by Kid Rock that resulted in a melee on the opening Friday.

The sometimes controversial musician may have been on his Bad Reputation tour, but he, like the fair and any outdoor event, is at the mercy of meteorological realities and places the safety of the audience first.  The artist was scheduled to take the stage around 9:30 PM after Night Ranger, his opening act. A storm with fierce wind and lightening did make landfall but mainly on the outskirts of town and not at the fair. Kid Rock delayed his performance, which only built up anticipation and gave the crowd time to consume more alcohol, only to pull-the-plug.

Kid Rock Tweeted to fans: “SO P-ED OFF we could not play for a sold out crowd tonight in Minot, ND (because of high winds) – I know it sucks but none of us can control Mother Nature. Please be safe leaving and take care of each other.” 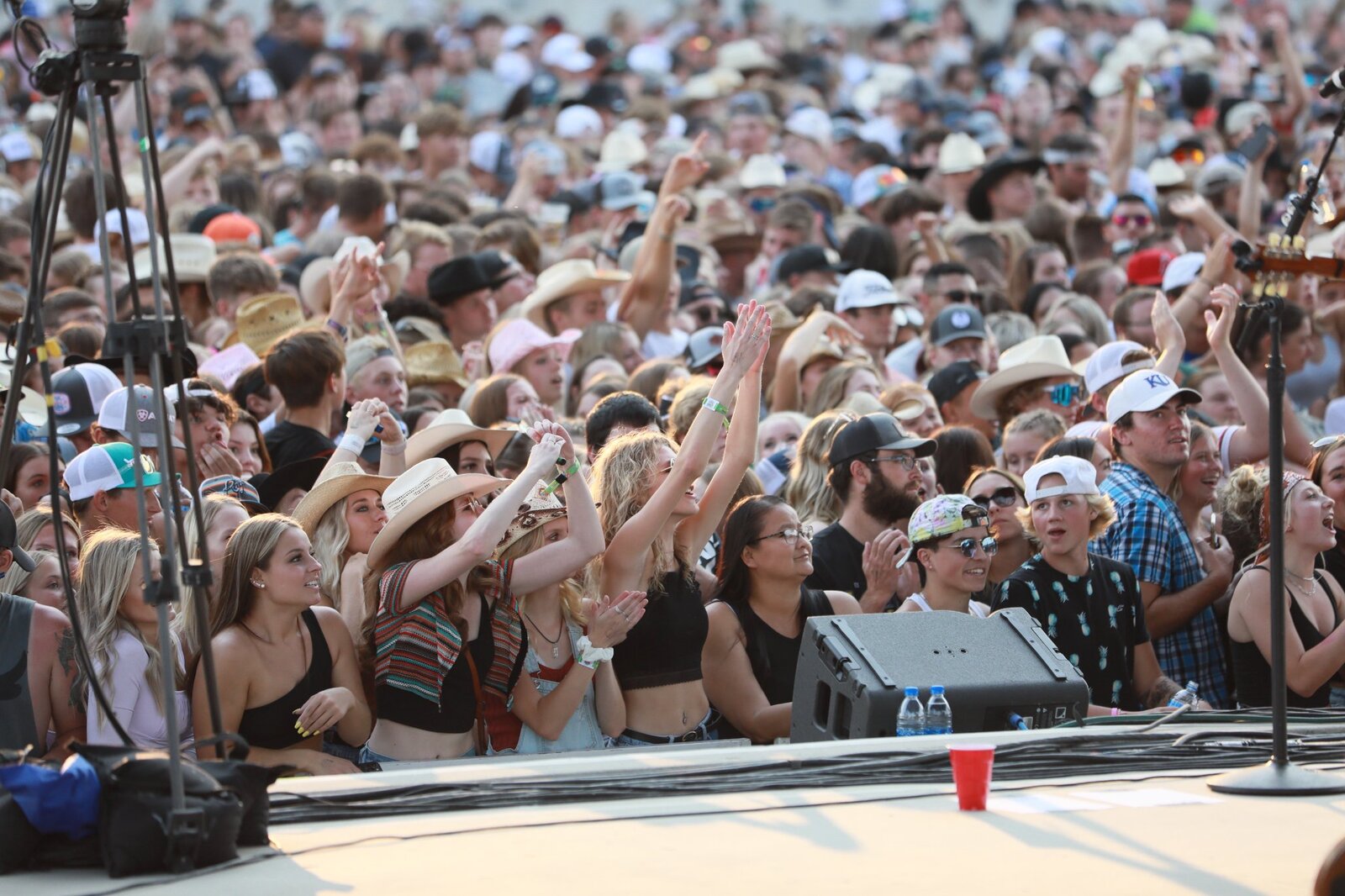 Now the degree of scuffle and alcohol-fueled disappointment seems in question, but some in the crowd  did not accept the news peacefully.
A local Fox Affiliate sensationally reported: “Fans were captured on video hurling beer cans and bottles toward the stage following news that the event was canceled, upset because it appeared the storm was beginning to clear.”

TMZ reported that 18,000 fans were onsite to see Kid Rock.

By midnight, unruly crowds and cancelled concerts became synonymous with the annual event celebrating everything Peace Garden State. For the first time in recent memory, the opening day of the North Dakota State Fair made international news and Renae Korslien, General Manager, was faced with a perfect storm of negative publicity.

Korslien described the onsite scene: “By the end of the opening act “Night Ranger” the winds had started to kick up,” said Korslein.  “They played from 8:00 to 9:00pm.  Kid Rock was supposed to be on within a half an hour, but the winds continued to increase with gusts up to 48mph.  The 40-x-60 Video Wall was lowered to the stage floor and also the speakers.  By 10:30 the video wall and speakers were moving 6' back and forth with the wind.  National Weather out of Bismarck had been in constant conversation with the back stage manager, fair management, Ward County Sheriff and Kid Rock's road manager.  At 10:30 the Ward County Sheriff made the announcement that the concert had been cancelled.”

She insisted that the extent of the hubbub was sensationalized and exaggerated by reporters.  “A few of the concert goers showed disappointment, but there was no rioting as was fed through the media”

Of course, the vast majority of the crowd understood the safety threat of even a near-extreme weather events, especially in the Upper-Midwest. “Several fans said that Night Ranger had put on a great show and were thankful they still got a full refund on their grandstand ticket.”

There were no noticeable ramifications from the opening day for the rest of the run of the fair or the reputation of the fair, “because we did a full refund even though the cancellation was totally because of the windy conditions and safety for the attendees and the staff,” she said.

For Korslien, the “take home” message for other Fair Managers was the health and wellbeing of fairgoers is paramount. “Be safe. Listen to your weather consultant and work very closely with sheriff's department (law enforcement) for guidance.”

With message-control in place from the get-go, the rest of the fair saw increased attendance and spending. “We had a great fair!” she said. “Our attendance was up.  The carnival was up 10 percent.   The food vendors are up. Weather on the first Friday had storms around us and the wind just wouldn't die down.  Other days were good with the last night of fair rain hit about 10:30pm.”

“It was a record year for us,” said Pat Crabtree of Crabtree Amusements. “The North Dakota State Fair has a tremendous facility; it's really nice and clean. The weather was good, except for the opening day. It was nice summer weather. The people really turned out.” 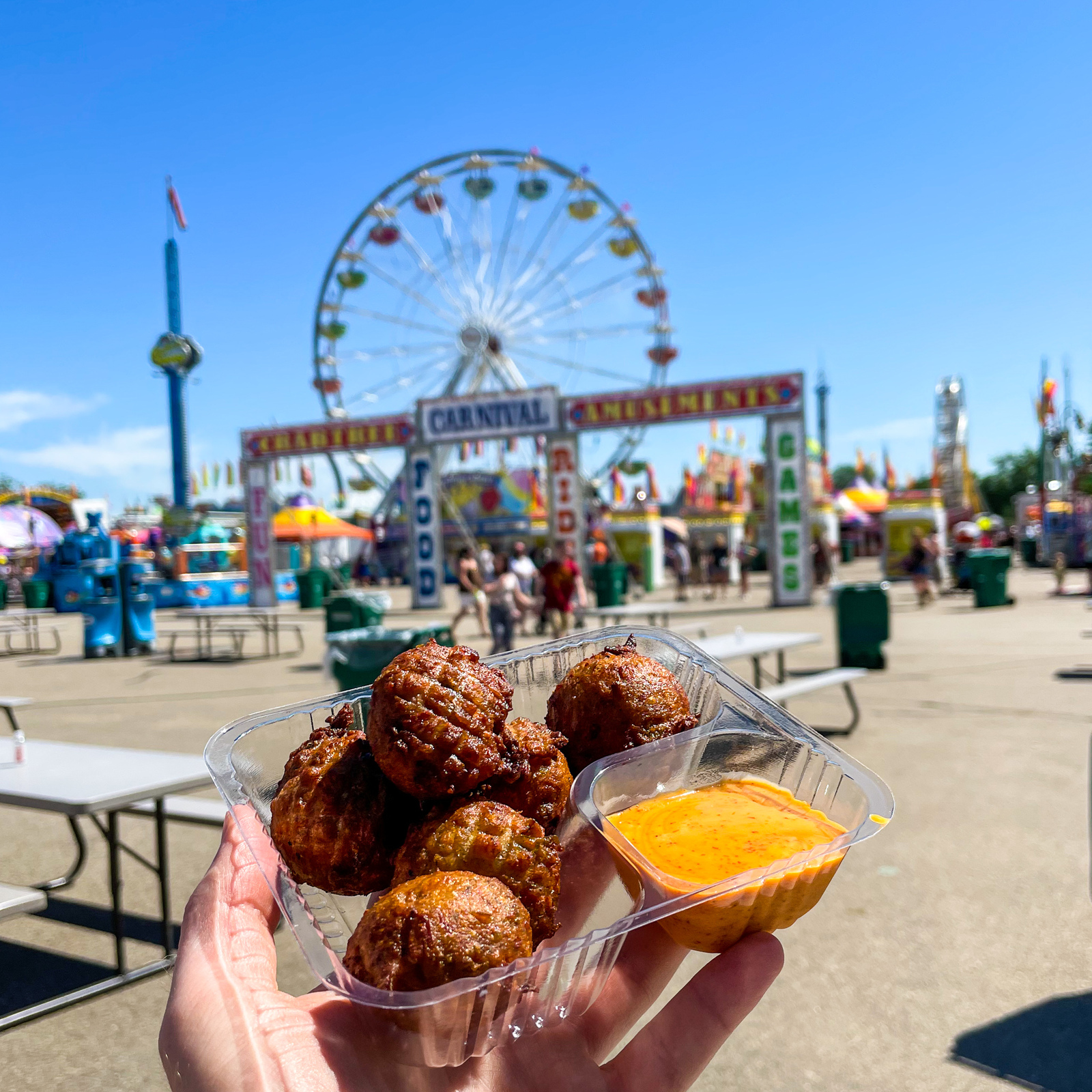 The midway showcased 40 rides, with Crabtree debuting five new Kiddie Rides, including a Happy Wing and a Charlie Chopper. The fair acknowledged the Crabtree success by renewing its midway contract for an additional three years. “This fair was growing pre-COVID and 2022 was another tremendous year”, said Crabtree.

In fact, the attendance and spending upswings Crabtree saw last year have been repeated at most dates this year. “I thought last year would be an anomaly because everybody had COVID money and nothing else was open. But the people came out and they were spending. I didn't expect it and I was never happier to be wrong.”

Crabtree noted that while labor issues were mainly solved this year, price increases are being felt across the board. Revenue maybe up, but increased costs cut into profitability.  “We're paying more for everything,” he said.

At the fair, inflation was most visibly apparent with food, but it also seems to be an economic trend not going away any time soon. “Prices of food obviously had to be increased,” she said.  “Other prices were held for this year, but with all the increases it will have to be reevaluated for the 2023 Fair.” 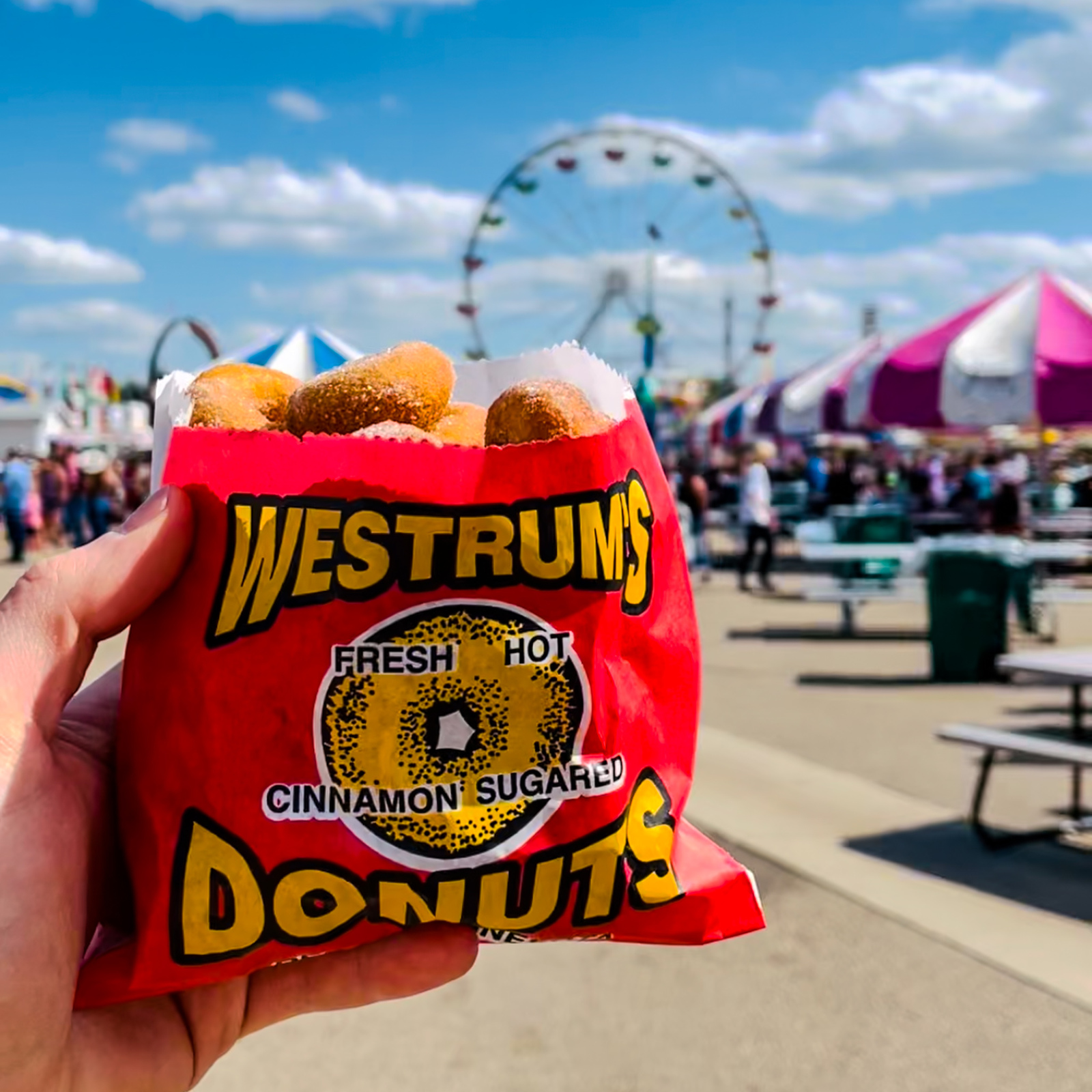 “Now it is Really Summer!!” was the fair's marketing tagline, invoking both the reason for the fair season and the Kid Rock classic, All Summer Long.

The 2022 North Dakota State Fair seems an ideal case study of how emphasizing public safety can minimize negative publicity. “Other than the Kid Rock cancellation the rest of the fair went very well,” she said. “We are excited to be planning the 2023 Fair!” 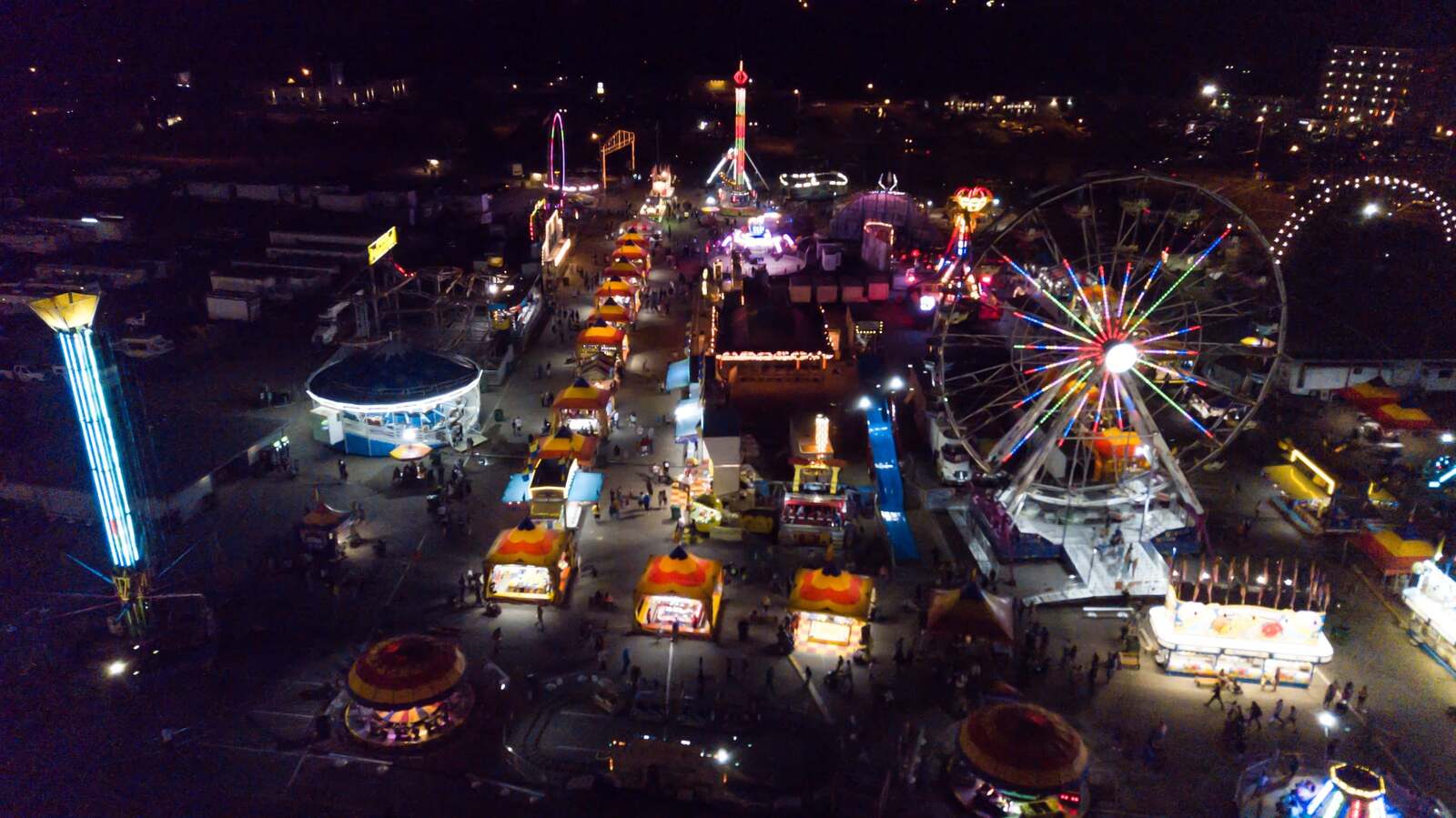 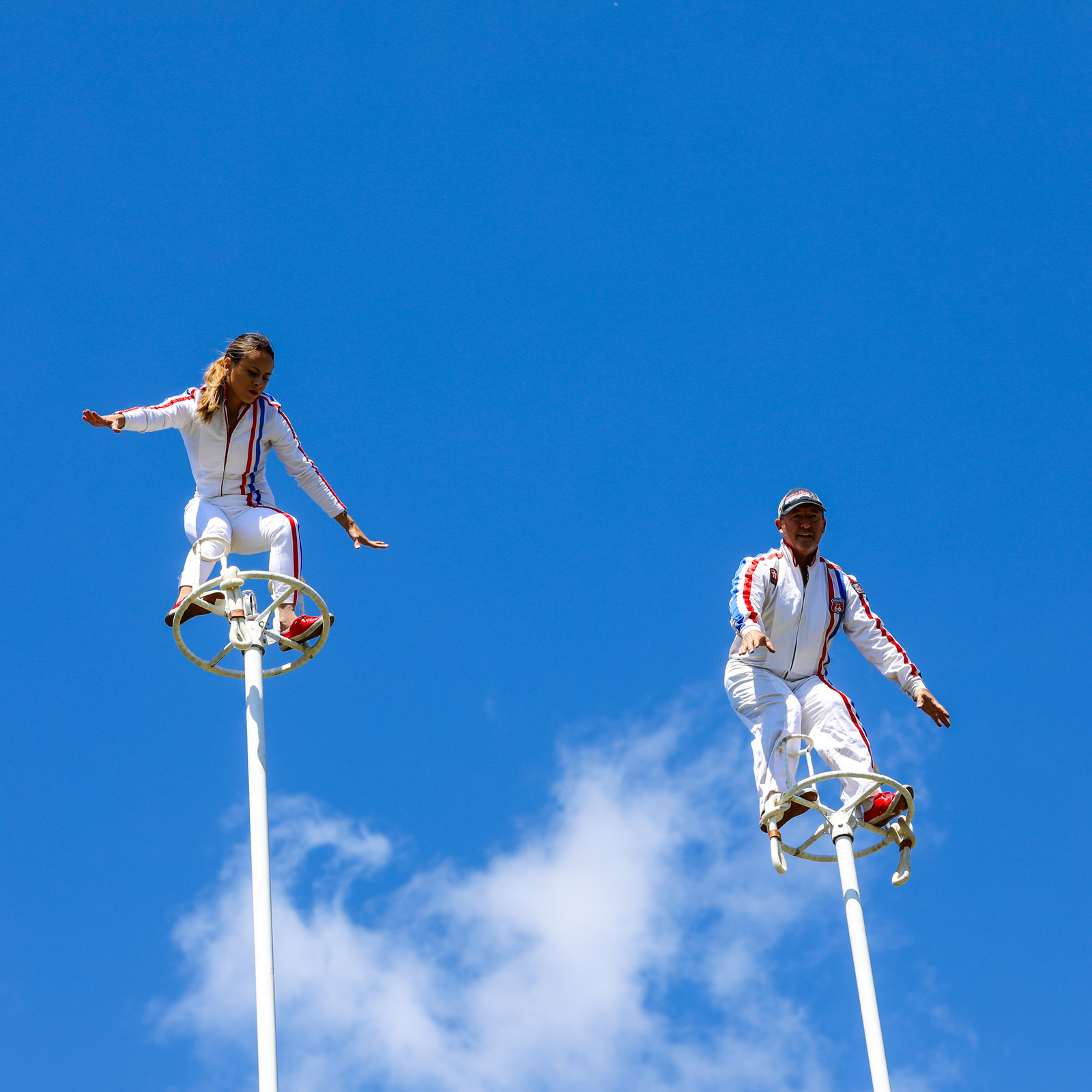