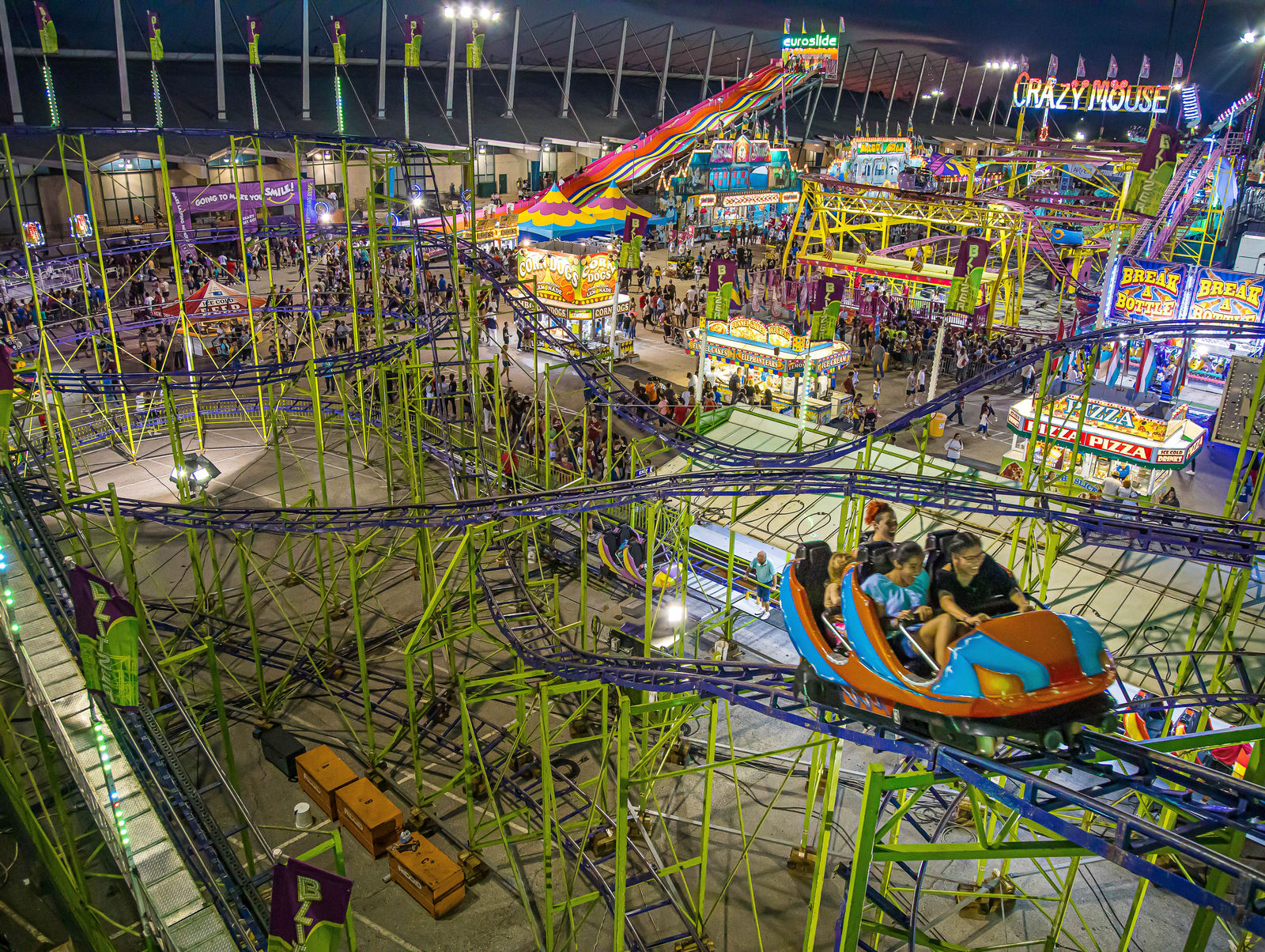 NAME prepares to resume 2020 route at the Mississippi State Fair
The fair will run October 7-18 in Jackson, MS.

October couldn't come fast enough for the largest midway provider in North America. After months sequestered at headquarters, North American Midway Entertainment (NAME) will finally be able to play a mini southern route, a trio of southern fairs determined not to cancel.

That's a far cry from the 124 fairs and other events the company typically plays each year. It's been a grim year for the fair industry, the full extent of the losses is still being calculated, but the scope of the impact seems the most evident when you consider that in 2019 NAME provided the midway for 13 (a combined attendance of 10,529,665) of the top 50 fairs, compiled by Carnival Warehouse.

In 2020, every one of those 13 upper-echelon events cancelled. “It's been rough,” admits Scooter Korek, Vice President of Client Services, NAME. “It's been tough sledding. It's been an unprecedented year. We're all feeling sort of displaced. Everybody at NAME is very eager to go back to doing what we are doing.

The upcoming route includes The Mississippi State Fair, the Mid-South Fair, and the Greater Gulf State Fair, stretching from October thru November. This pandemic version of NAME combines three units, about 350-400 employees and 54 rides, including crowd pleasers as its double-decker Merry-Go-Round, two roller coasters and a Star Dancer. “We have a great line up”, said Korek.

The rides are all operating at 50 percent or less capacity. Parties – people in the same group are maxed out at six. “The easiest rides to monitor for capacity is probably the Ferris Wheel, because you can skip every second bucket,” he said. “Then you load the first, clean the second and so on. We have a good ride selection that can be well adapted to social distancing and capacity concerns.”

The plan features layouts specific to each fairground to ensure spacing of rides address issues of social distancing throughout the midway. The company has a great plan for midway safety, working closely with the fairs and Health Departments to develop protocols, safe social distancing, employee training, sanitizing stations, etc. “We're all systems go,” said Korek. “Our plan has been given the green light. We created an extensive plan.”

Key to an effective plan was not just adapting the CDC guidelines most health departments were using. but going above and beyond local requirements. “Our goal is to meet and exceed all the plans the fairs originally gave us.” 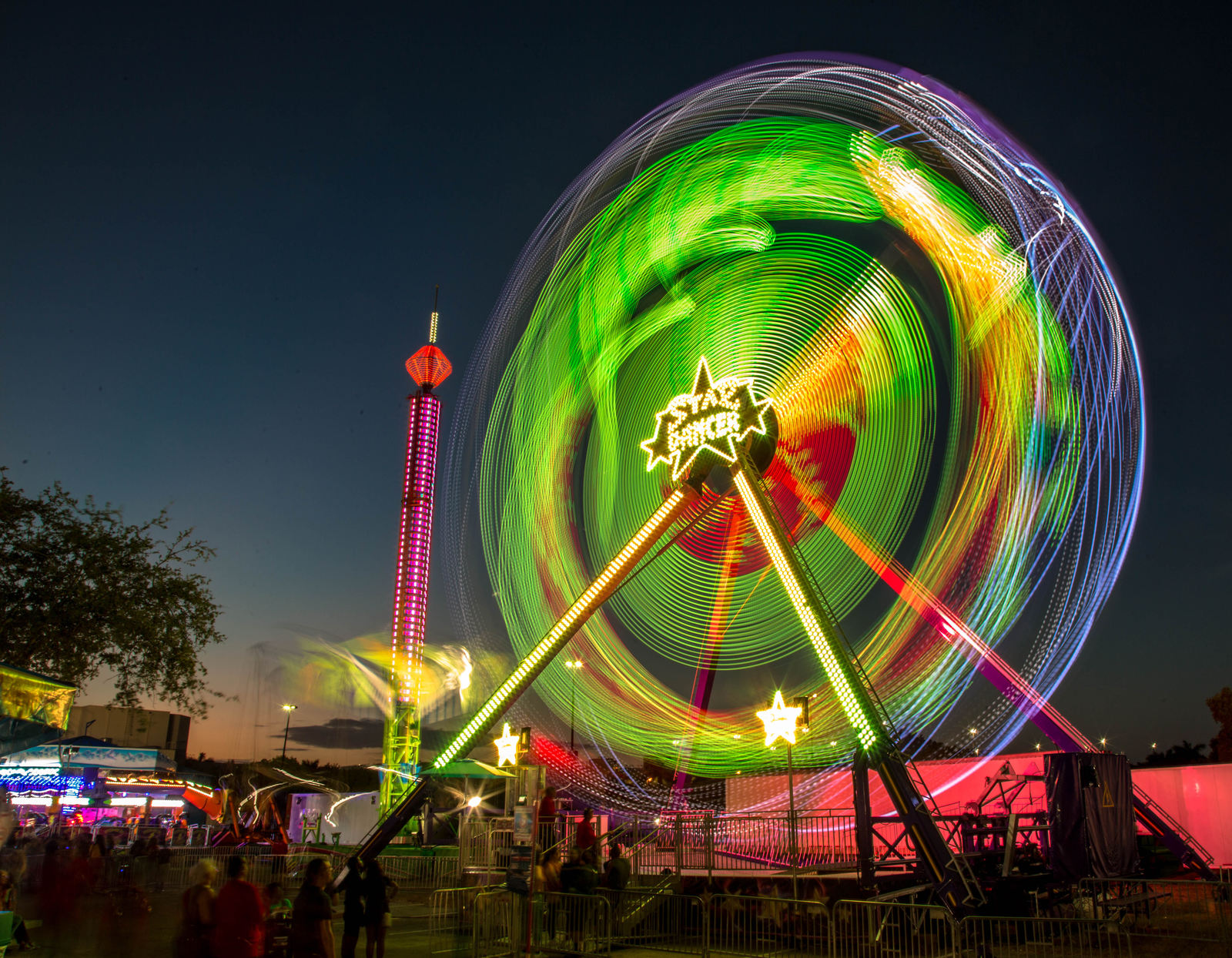 The NAME plan is also proven. The plans for the upcoming route are based on the Marion County Fair, held in July. “[NAME] did a phenomenal job,” said Paul Annee, Executive Director, Marion County Fair. . “They used state of the art techniques to provide a safe midway…. Essentially it's all about common sense, but also to have a multi-pronged approach.”

“We can show the authorities what we did at the Marion County Fair,” said Korek. “That has been really important, because we have an example to follow.”

The plan's success is also dependent on the implementation. In the final weeks of the summer, not only was NAME getting its ride inventory fair-ready, but training personnel on the COVID-19 protocols. “Training staff is one of our biggest undertakings,” he added. “We are known for our customer service, so we have to make sure the staff understands all the protocols. They're the ones who will be living it, explaining to the customers and making sure everything runs smoothly.”

At least part of the plan NAME has further tested post-Marion County. Unlike smaller carnival companies who supplemented a truncated route of local fairs with still-dates at shopping centers and other venues, NAME's size precluded the flexibility to play those sized dates, which often contain questionable financial benefits and are hampered by inconsistent turnout. 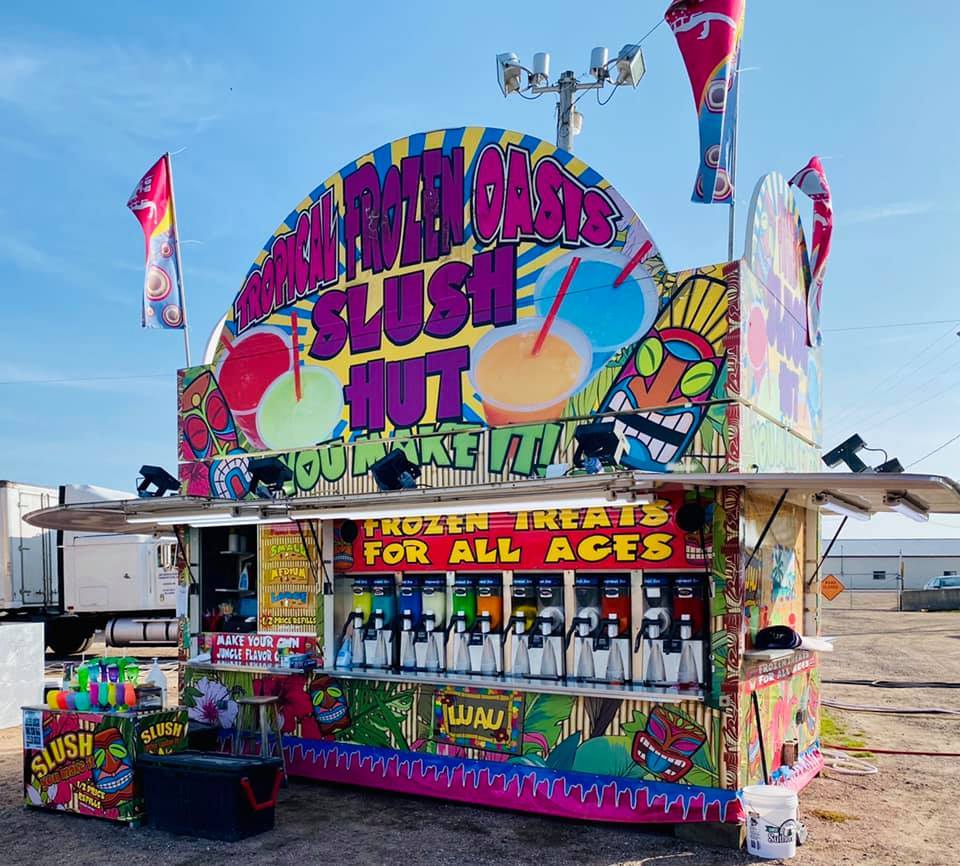 While NAME rides may have spent most of July, August and Septembers parked, the company's food concessions division has been busy with “food fairs” – which in 2020 for NAME are mainly downsized fairs, which may or not include 4-H and related youth activities and select food concessions and not much else.

Korek said NAME has four food units playing these minimized fairs, offering fairgoers as least the familiar taste of the event. The food concessionaires units have played these food fairs throughout Indiana, Wisconsin, Michigan and Kentucky.  “Even where the midway and fair have been cancelled, as things started loosening up, fairs were offering at least some kind of event, which had food.”

While not as complex as the overall NAME midway plan, the food concessions further demonstrate the efficacy of NAME's ability to provide a safe environment. “We developed ingenious ways to provide food at these events. When you have enough space, you can easily provide enough space. The customers like coming out, everybody know you have to do and they want to make the best of the social distancing.”

Not only does this keep at least a portion of the NAME work force working, and generates revenue and cash flow for the company, it also strengthens relationships between the midway provider and its fairs. “We want to support our fair partners. They are really hurting, but they are still doing their best by having a junior fair with some food, something the community really appreciates. People want to get out of the house. But it also creates goodwill and community support, and that will carry over into next year.”

Korek is fully aware that the Mississippi/Alabama route – much like the Marion County Fair – will receive more fair industry scurrility than ever. Nobody is predicting – or expecting – a quick return to normal operations, and aspects of social distancing and mitigation will likely linger into 2021. “This industry is all about helping each other out,” he said. “We are all in the same boat and as we look forward to next year, maybe we can set the example for future fairs.”

In the meantime, whether its providing a full midway to a fair under reduced capacity measures, or just proving beloved fair food favorites to fairs holding the most minimal event to retain customers and give their communities some semblance of normalcy, NAME is cognizant that the fairs are really struggling as well.

In most cases, not only is the considerable revenue from the annual fair lost, but all the non-fair events held on the fairgrounds the rest of the year have likewise been cancelled. “Fairs are hurting, I feel bad for them,” he said. “Their businesses have been hindered, so we're here to help them anyway we can.”

On a brighter note, it's been a busy fair season in another way for NAME. with contract renewals for many of its long-term events, including the Miami Dade County Youth Fair, Calgary Stampede., Nut Club Festival, the Greater Gulf State Fair, and Westerner Days in Red Deer, Alberta.

NAME prepares to resume 2020 route at the Mississippi State Fair