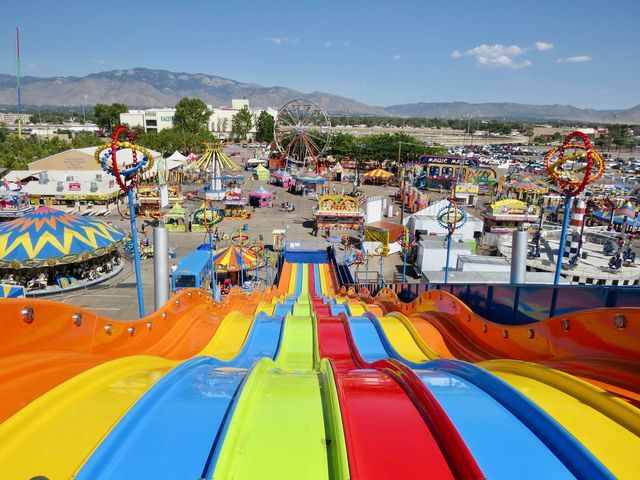 According to the fair's general manager Dan Mourning, fair officials couldn't be happier. “We saw a level of enthusiasm for the fair that frankly, we've missed, and it was so great to see all of the families, exhibitors, and talent return to the fair in such a big way.” He added that numbers weren't the only thing that showed the fair's success, it was how long people stayed at the fair. People stayed six hours or more, with food court vendors and midway still crowded as late as 11:30 p.m.

Admission to the fairgrounds was $15, with kids and seniors priced at $8. Ample discounted days enticed more guests to the fairgrounds. Discounts included all New Mexico teachers allowed free admission with ID, and state, city, and county employees were provided admission for $8 on specific days. Military and veterans received free admission on Military and Veteran's Appreciation Day. Local radio station KOAT also sponsored a discount day with $2 fair admission and $25 wristbands for carnival rides. Among the top-drawing bargains were a Wednesday Dollar Day for $1 admission and  $1 rides with a minimum ride ticket purchase of 10 rides. A Kid's Day granted $8 admission at the gate for all, plus discounted $25 wrist bands, and hungry fairgoers did well on Graze Days, on which all food vendors offered one menu item for only $3. 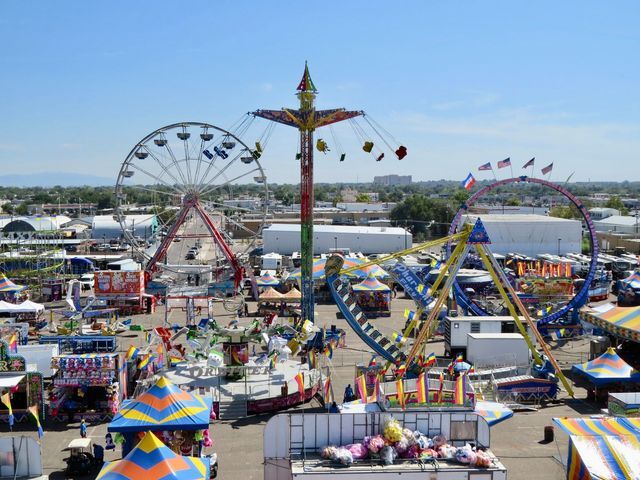 In 2021, visitors to the fair had to present proof of vaccination and indoor exhibits required visitors to mask. Along with continuing pandemic caution, these restrictions were likely a major factor in considerably lower attendance that year, according to Mourning. 2021's numbers were a disappointing 275,467, especially after a year with no fair at all in 2020.

With pandemic restrictions now lifted, the 4-H and FFA exhibitors returned to the fair in 2022, providing fair-goers with livestock shows as well as a Junior Livestock sale, bringing in 431 exhibitors out of 2,000 entries to the fair. The Junior Livestock Sale generated $610,425, which was an increase over 2019's banner sales of $524,150.

The animal attractions didn't stop there. A sea lion show, the Gascar Animal Races, a rattlesnake exhibit, The Great American Duck Race, and a petting zoo all added more animal – and reptile – panache. A “strolling piano,” stilt walkers, and strolling street drum corps were other popular attractions at the fair.

Also drawing a crowd was the 6000-square-foot MindWorks! attraction which drew kids of all ages with a bubble arena, large scale games, and a variety of STEM and STEM-based interactive activities.

2022 was also significant as the fair's first year in partnership with presenting sponsor, Chevron.

The new Chevron Pavilion provided fairgoers with a new location for food, drinks, and entertainment, one that proved popular with the crowd.

Other firsts for this year's fair included a Discovering Cannabis exhibition that was a successful draw for many in the crowd. Educationally designed, and with admission limited to guests who were over-21, the attraction was sponsored by a local company, Verdes Cannabis. Over 50,000 fair attendees visited, despite the age restrictions. The space included educational talks and a gallery that helped attendees navigate available cannabis products on the market, learn about the plant itself, and how they could find relief targeted to their needs from the state's newest industry.

Fairgoers also enjoyed a custom car show, the State Fair PowWow with traditional Native American drums and ritual dances, and the presentation of the PRCA Rodeo and bull riding events, each followed by a series of big-name concerts, including Sublime with Rome, Martina McBride, Dwight Yoakam, Brothers Osborne, and Mark Chesnutt. The musical acts performed at Tingley Coliseum. Three of the concerts sold out.

The carnival was a big hit, with rides provided by Florida-based Reithoffer Shows, a family-run carnival now in its 5th generation. The sky lift and Ferris Wheel were among the most popular rides for families. New rides this year included Air Race, Magic Maze, Zero Gravity, Music Express, Speed, and the Rio Grande Train. Also new was a big hit for thrill seekers, the Galaxy roller coaster, with New Mexico fairgoers among the first to experience this ride, which was new on the Reithoffer Show.  The carnival successfully utilized a ticketless system with ride credits purchased and loaded onto a card. Ride wristband costs varied by day of the week with a $28 Mega Pass on sale until September 11th at Walgreens stores, including all-day rides as well as admission to the fair. 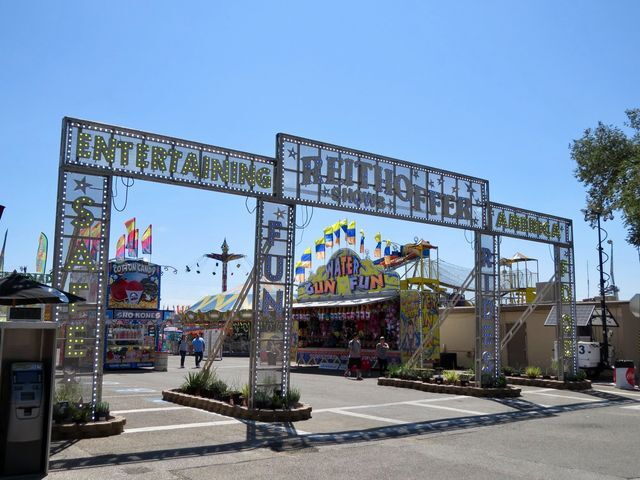 Drink choices included a new cocktail from Tumbleroot Brewery & Distillery in Santa Fe; Strawberry Lemonade with Vodka. And along with a wide range of food choices at the fair, the Green Chile Cheeseburger Challenge returned to the fair, with restaurants statewide competing to be crowned champion.

Along with these unique treats, mini donuts and corn in a cup were big hits among food vendor offerings at the fair this year.

Next year's fair dates have been announced as September 7 through 17, 2023. The fair will include as usual the Main Street themed parade, car show, and rodeo along with the carnival and musical entertainment.